On Monday Greenwich School’s kicked off its fifth annual Dare to Care program with a gathering at Julian Curtiss School.

“When we started we had a few Social-Emotional Learning events and prevention workshops,” said Alina Boie, a school psychologist and behavior coach with the district.

“Two years ago, with a grant from the Alliance for Education, who became our partners, we brought the program up to a higher level.”

Ms. Boie said it’s now a tradition to hold events that incorporate the district norms – Be here. Be Safe. Be Honest. Care for Self and Others. Let Go and Move On. She said since piloting the mindfulness program two years ago, the number of workshops has increased from 7 to 60.

Logan said incorporating mindfulness into the school day in Mr. Librandi’s class last year had been not only fun, but also useful.

He said that on top of having sports every day after school, entering sixth grade meant a significant increase in homework, and that mindfulness comes in handy.

Mr. Librandi said that when Ms. Boie first introduced mindfulness, he hadn’t even heard of it.

“But, early on I started to notice the benefits,” he said. “Mindfulness affects each student in a different way. It’s like personalized learning, but for social-emotional learning.”

Librandi said he also uses mindfulness as a strategy for classroom management, such as during the transition time between recess and  classwork.

“Eventually the students realized I was making up the exercises,” he said. “Then they started making up their own exercises and applauding each other.”

“My friend Nick was the first to do it,” Logan said. He came up with his own exercise and it was really cool to see it from his head and not what he had heard. It teaches us to think about ways to calm yourself down.”

Eventually the students wanted to top each other, and Mr. Librandi created a schedule so the children could take turns sharing mindfulness exercises.

Mr. Librandi said students started with thankfulness and gratefulness, then started using mindfulness to think a kind thought about someone they loved.

Then they used the technique to think a kind thought about someone who had upset them. It loops back to ‘Let Go and Move On” and the use of the district norms.

“They would keep the thought private to themselves,” Librandi said. “Part of mindfulness involves focusing on small things like the sounds inside the classroom and outside, like the sound of the lawnmower.”

“We tend to ignore those little things. It left the class so empowered,” Boie said, adding that students can be fidgety and use the exercises to calm themselves down. “Because of new technology, and having long to-do lists, they have trouble being alone with themselves. Mindfulness teaches them to be ‘in the moment.'”

Boie also said that with mindfulness, students are taught that it’s okay, in fact valuable, to take a break. “You’re born with these skills but you have to nourish them,” she said.

Logan said mindfulness will be valuable as he gets older and that adults could benefit from its practice.

“I see a lot of people at a fun activity, like at Six Flags, and instead of going on the roller coaster, they’re on their phone. Need it to take a break and have some fun,” Logan said.

“Sometimes people just go crazy, and they and forget to appreciate the little things,” Lauren said.

Julie Julie Faryniarz, the director of the Greenwich Alliance for Education, said  that Dare to Care is worth funding. She said that during one of her school visits, “All the kids stopped, and just to see the calm, was remarkable to me.”

Faryniarz said there is a link between mindfulness and student achievement. She noted that students say they use it before a test and that it helps them get ready to work.

“It’s also an opportunity for some of the community to learn,” said deputy superintendent of schools Ann Carabillo, adding that hopefully the program expand further in the future.

“It has had a positive impact on Julian Curtiss,” said principal McGuire. “You realize how many levels there are to mindfulness. It adds value on many levels. On a personal level, but also for classroom management. Schools are busy places and there is stress. Mindfulness is like going on vacation for a few minutes.”

Also, parents see a difference in their children,” she said. 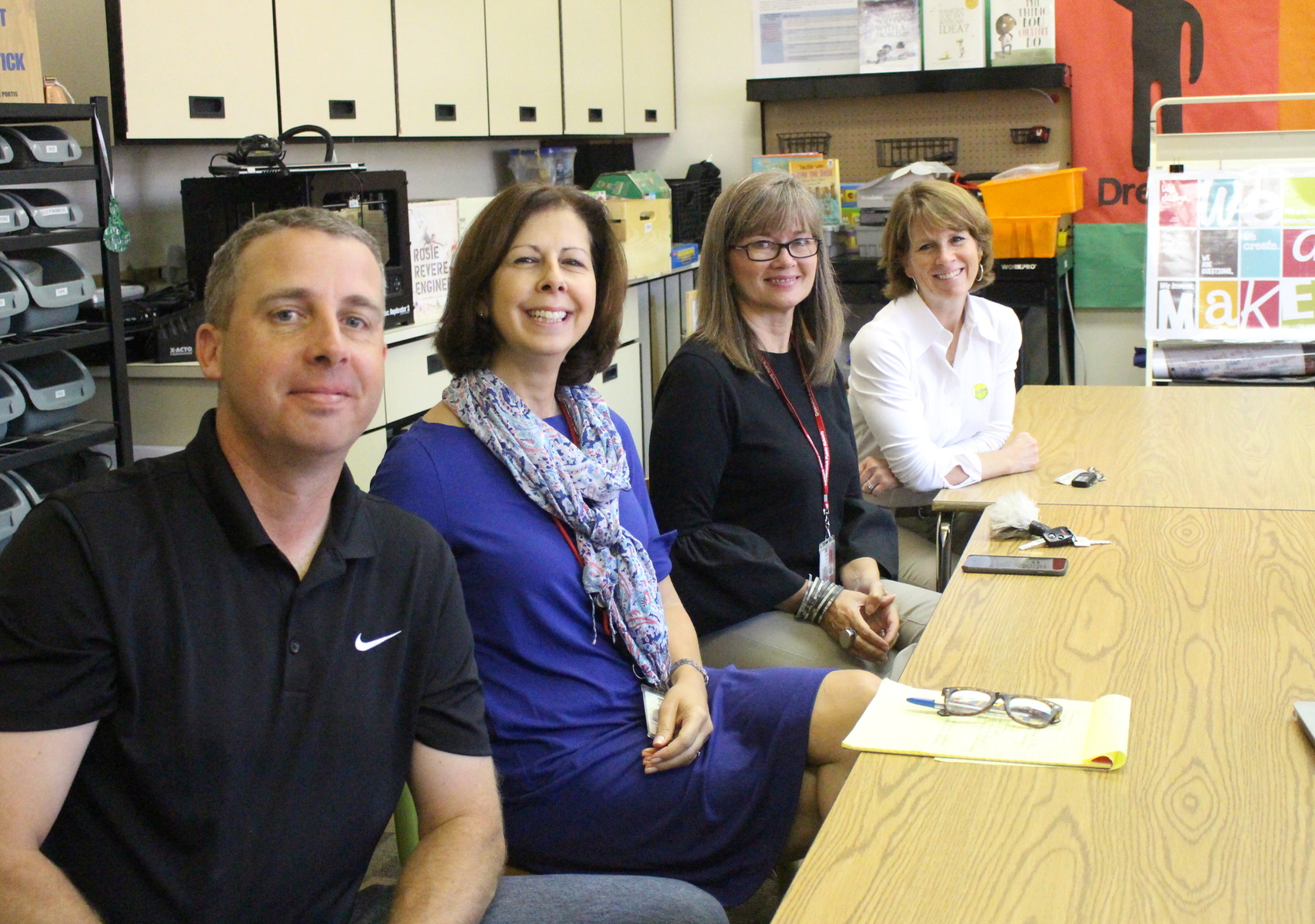 Logan’s father Eric Jozwiak said he’d noticed that his son uses what he’d learned at home. “I see him the way he interacts with his little 4-year-old brother,” he said. “He’s good about taking a break.”

Last April, Logan and Lauren were part of a group of Julian Curtiss students who shared mindfulness techniques with Greenwich First responders including Greenwich Police Dept, Fire Dept, and GEMS.

The visit was such a success that the police invited the 5th graders back to meet with the Greenwich High School students doing their senior internships at the police department. 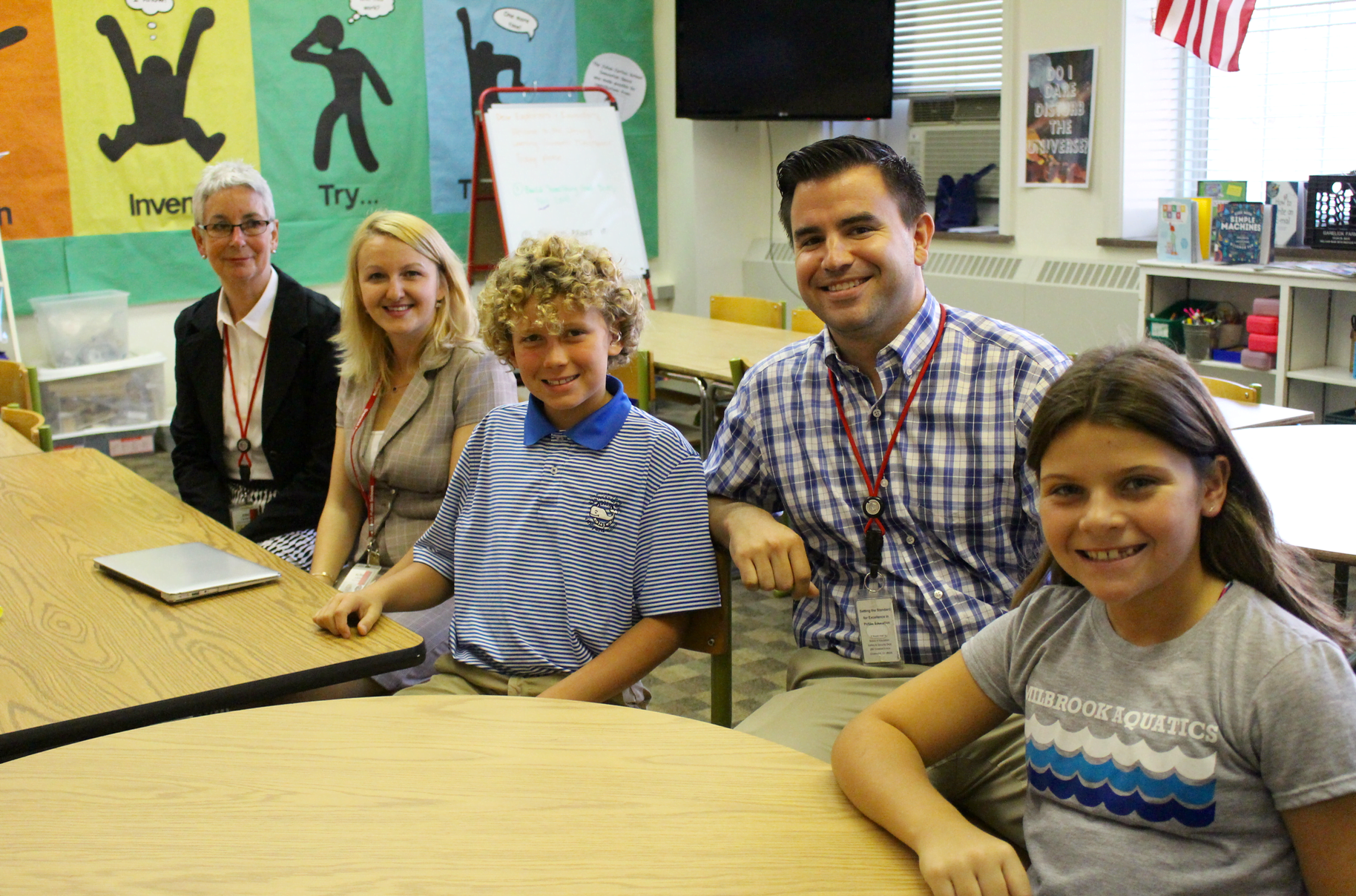