On Thursday, four Mindfulness Ambassadors, all 5th graders from Julian Curtiss School, did a superb job teaching members of the Greenwich Police Dept, Fire Dept, and GEMS some easy techniques to exercise mindfulness. 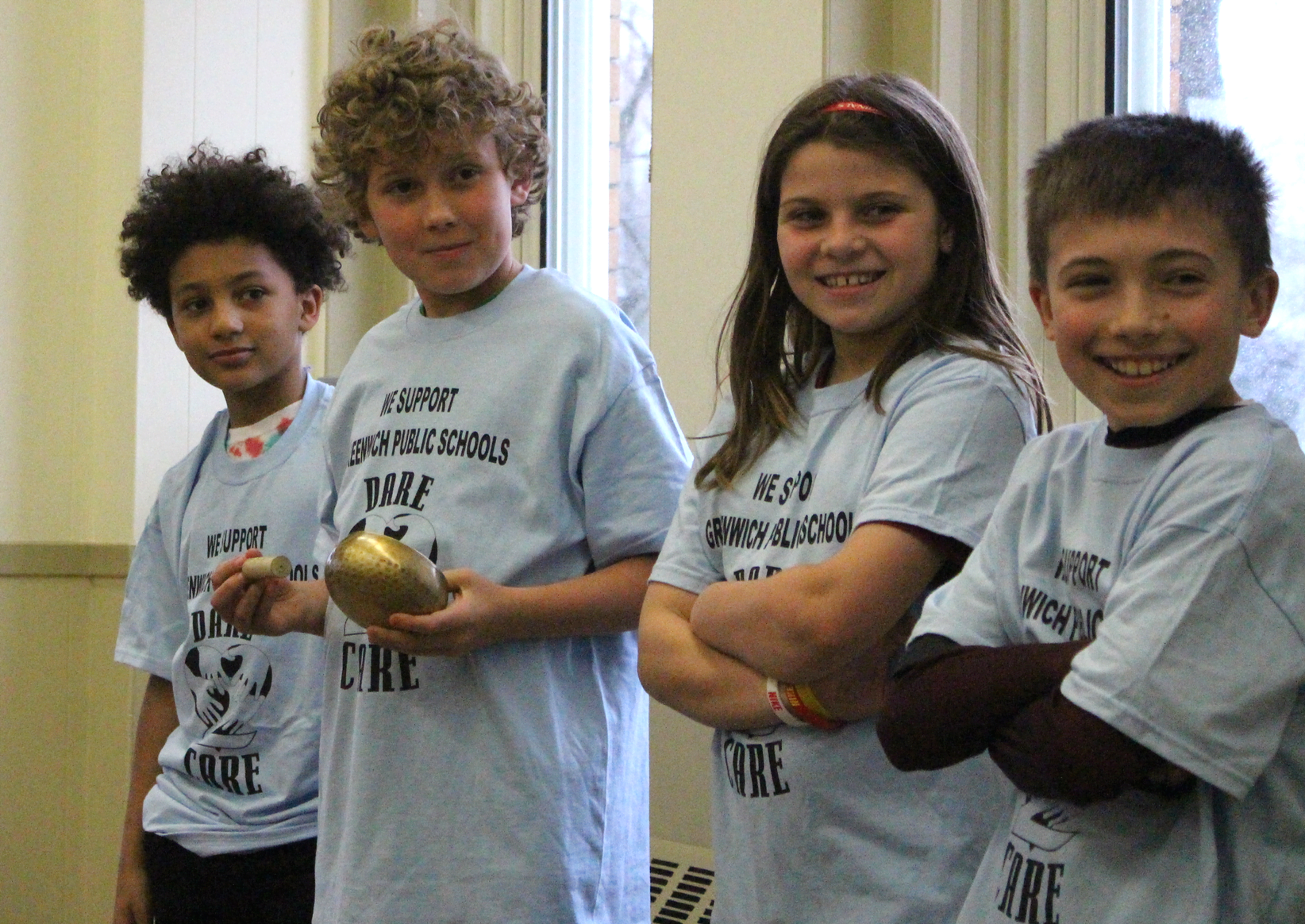 The children explained mindfulness in easy to understand terms. First, Logan, taught everyone the mindfulness body position: two feet on the floor, hands in laps, sitting up straight. 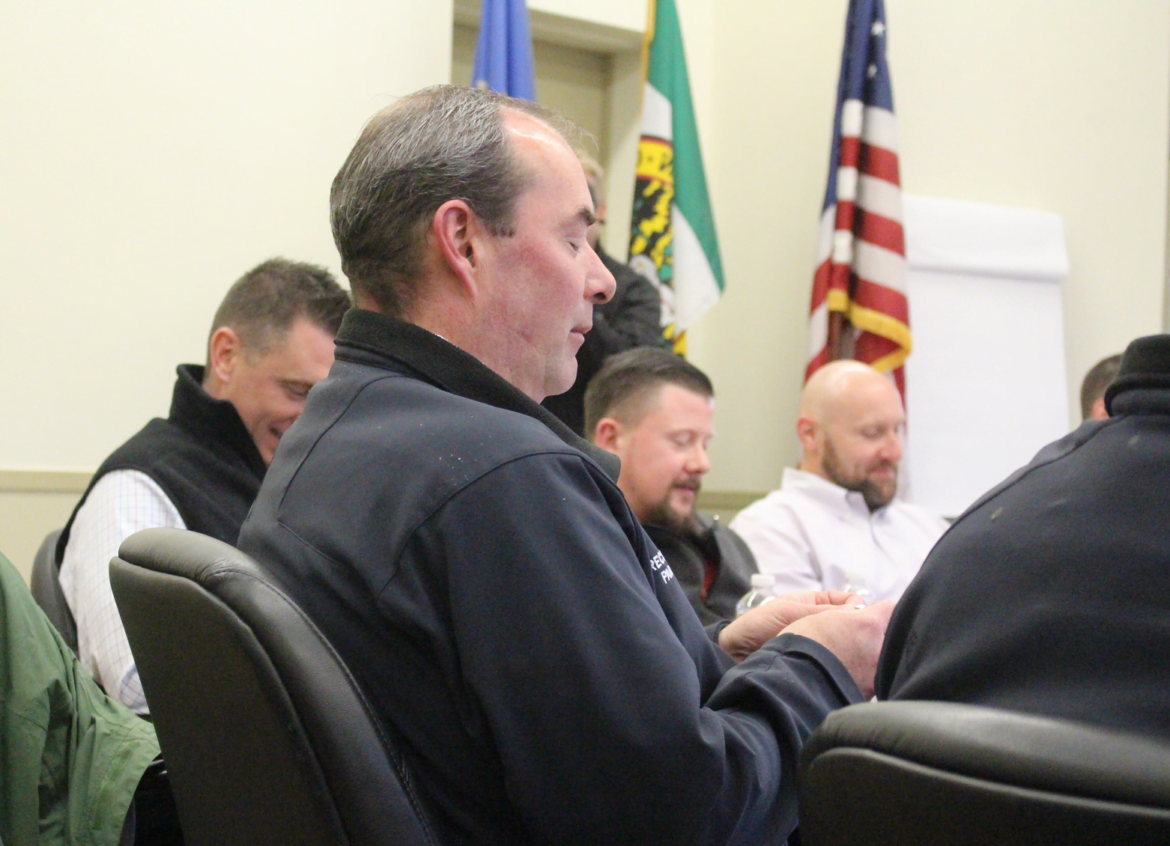 The children explained the two parts of the brain – the safe brain and the thinking brain.

“Your safe brain is always watching for triggers that might be perceived as threatening, physically or emotionally,” said Mrs. Boie. “Your safe brain takes over which means your thinking brain is offline.”

“The thinking part of the brain is like a conductor. It determines your emotional control, determining right from wrong. When you’re hungry, your safe brain flicks on,” Jake said. 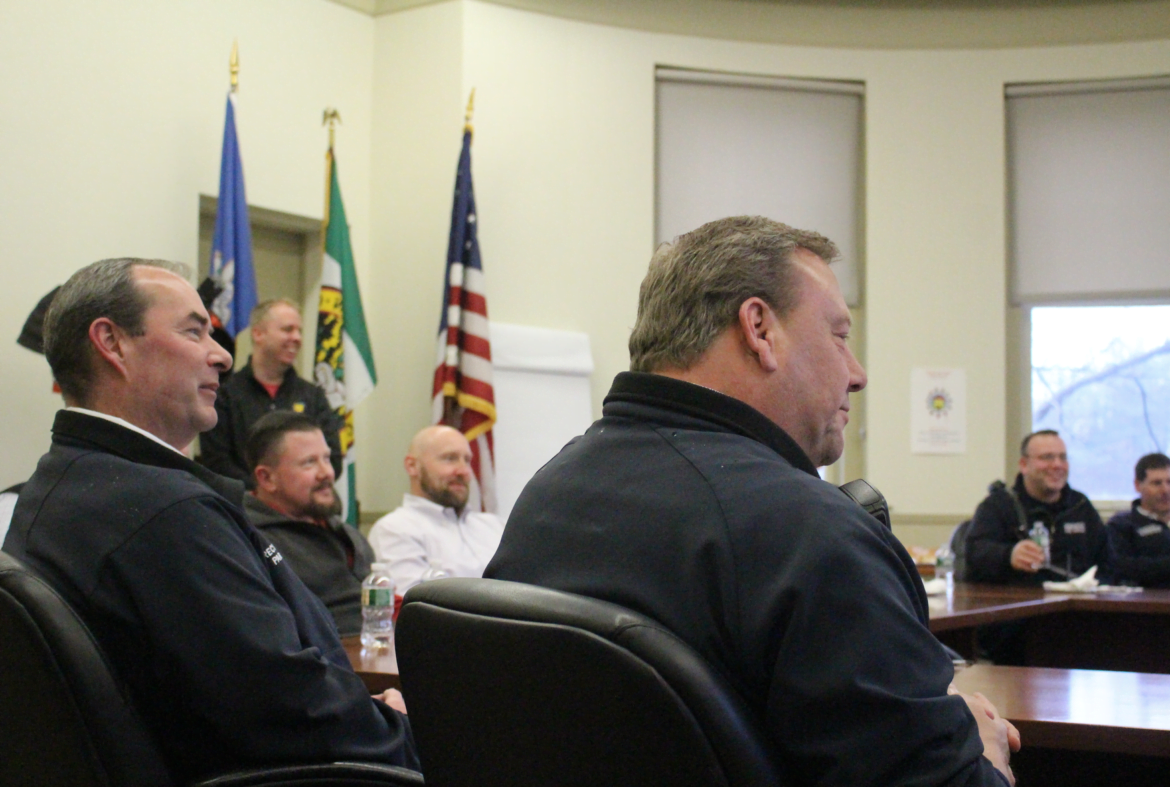 “What we’re teaching the children in school is that when they are anxious or stressed, they can’t think, problem solve and learn well,” Mrs. Boie said.

The children said that mindfulness allows the thinking brain to take back over from the safe brain.

The children also explained “heartfulness,” and had all the participants think of someone they love, even if it’s not someone they see often. The exercise, which can help with empathy and compassion, involves thinking of someone you love very much and imagining they are present in the room. Police Dept, Fire Dept and GEMS members imagined making that person happy and imagining how they feel, how they feel when they make them happy and then to send them a kind though. They all repeated out loud, “May you be healthy and happy. May you be peaceful.” 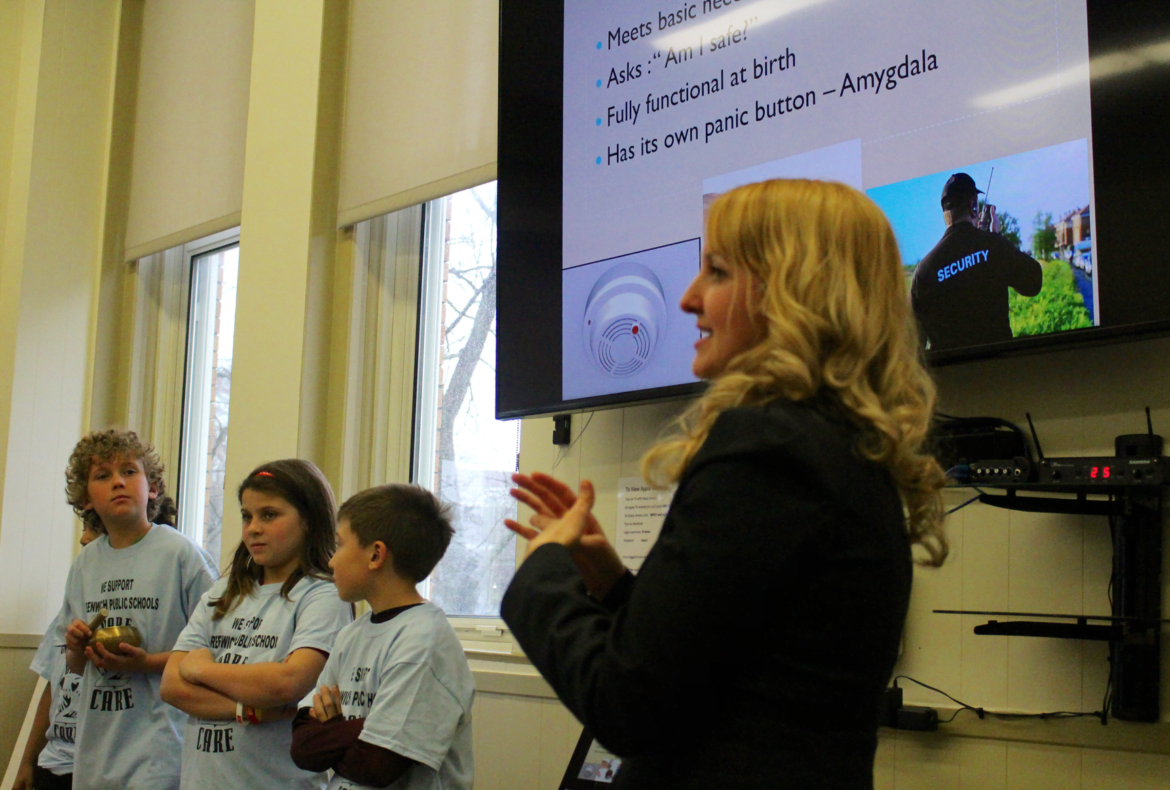 School psychologist Alina Agiurgioaei Boie, who coordinates the Mindfulness initiative as part of the Social-Emotional Learning  project with her husband Fabian Boie, who is also a psychologist in the district, said mindfulness is part of the The Dare to Care program in Greenwich Public Schools, which receives support from the Greenwich Alliance for Education.

Mr. Boie noted that the difference between a “reaction” and a response, whether it be to someone giving you a push or hostile comment is eight seconds.

“It’s all about slowing down in this crazy era where everybody is on the go,” Ms Agiurgioaei Boie said. “By doing mindfulness a little every day, it can make a world of difference.”

She said it’s possible to practice mindfulness while washing dishes or taking a walk.

At the end of the exercise, Patrick O’Connor from GEMS said, “Just imagine if you took the time to do this every day!” 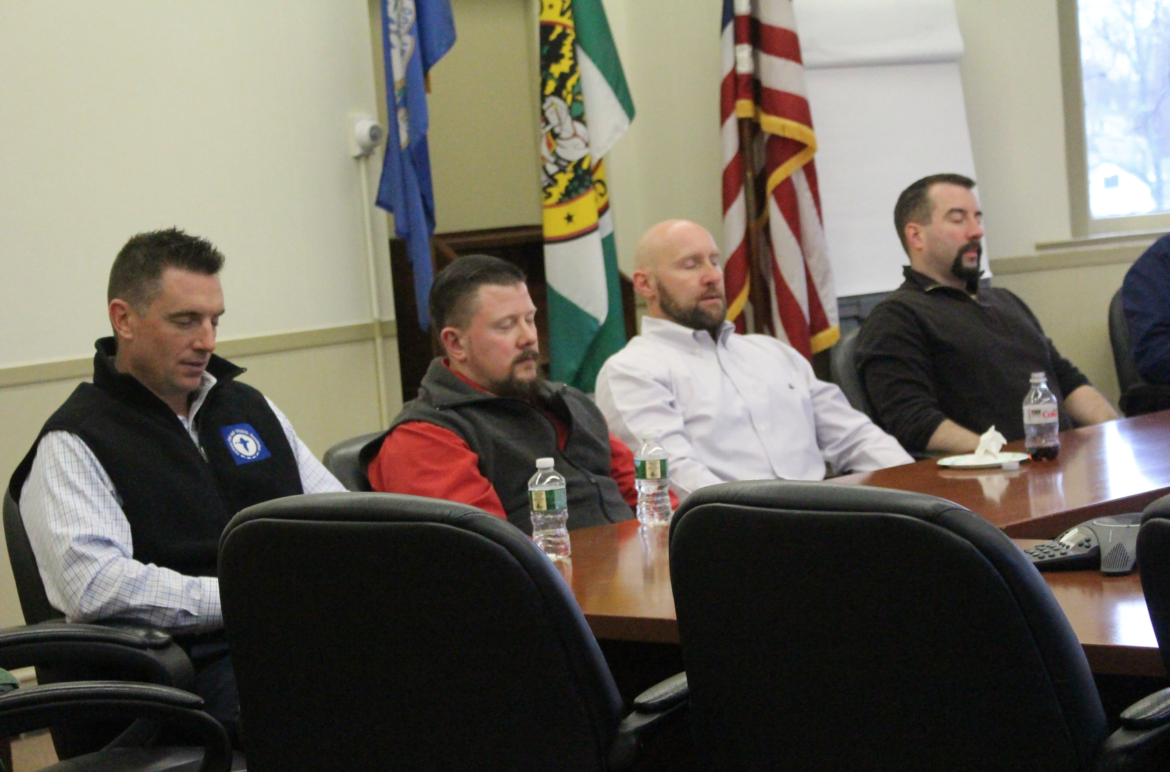 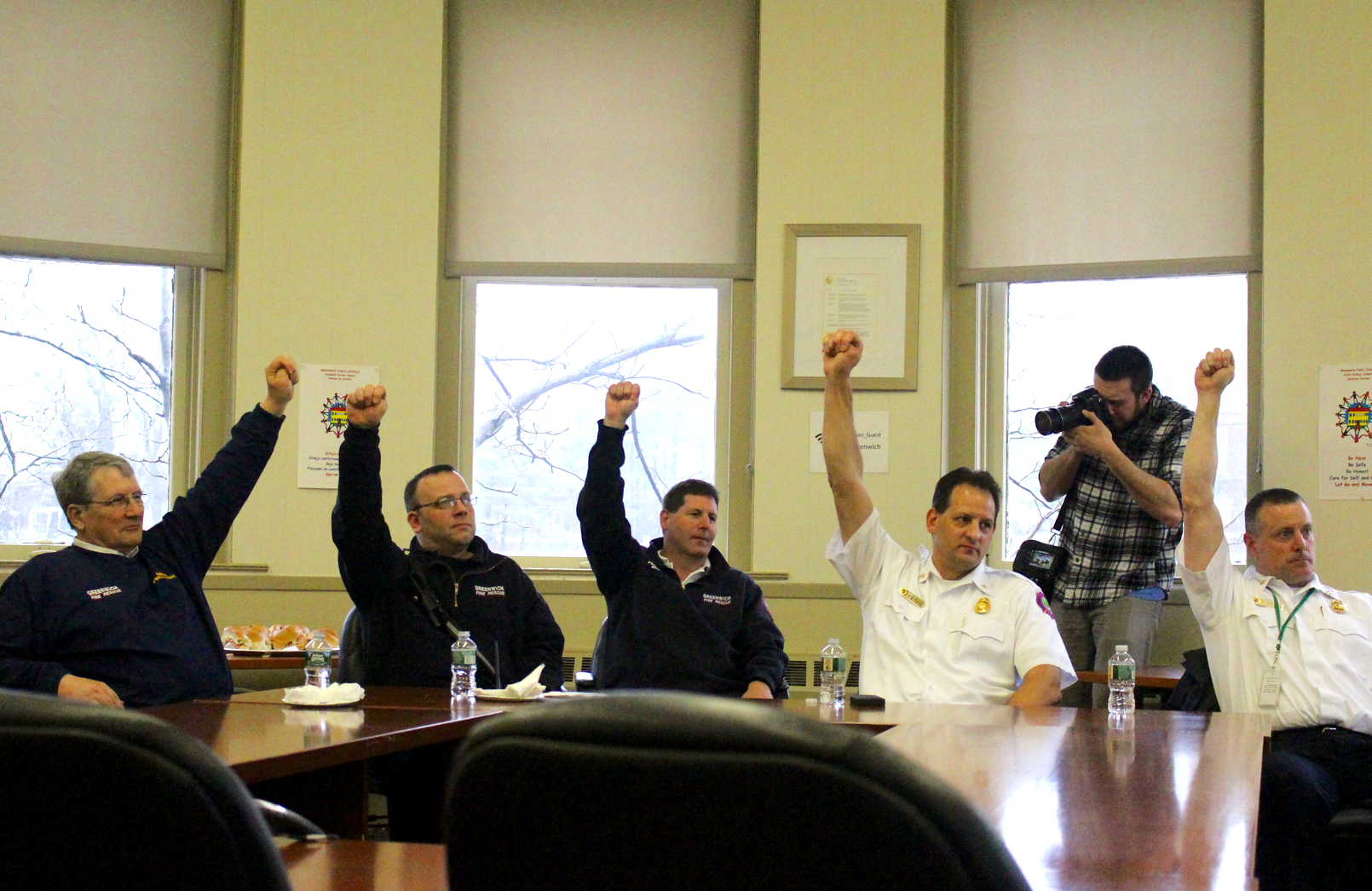