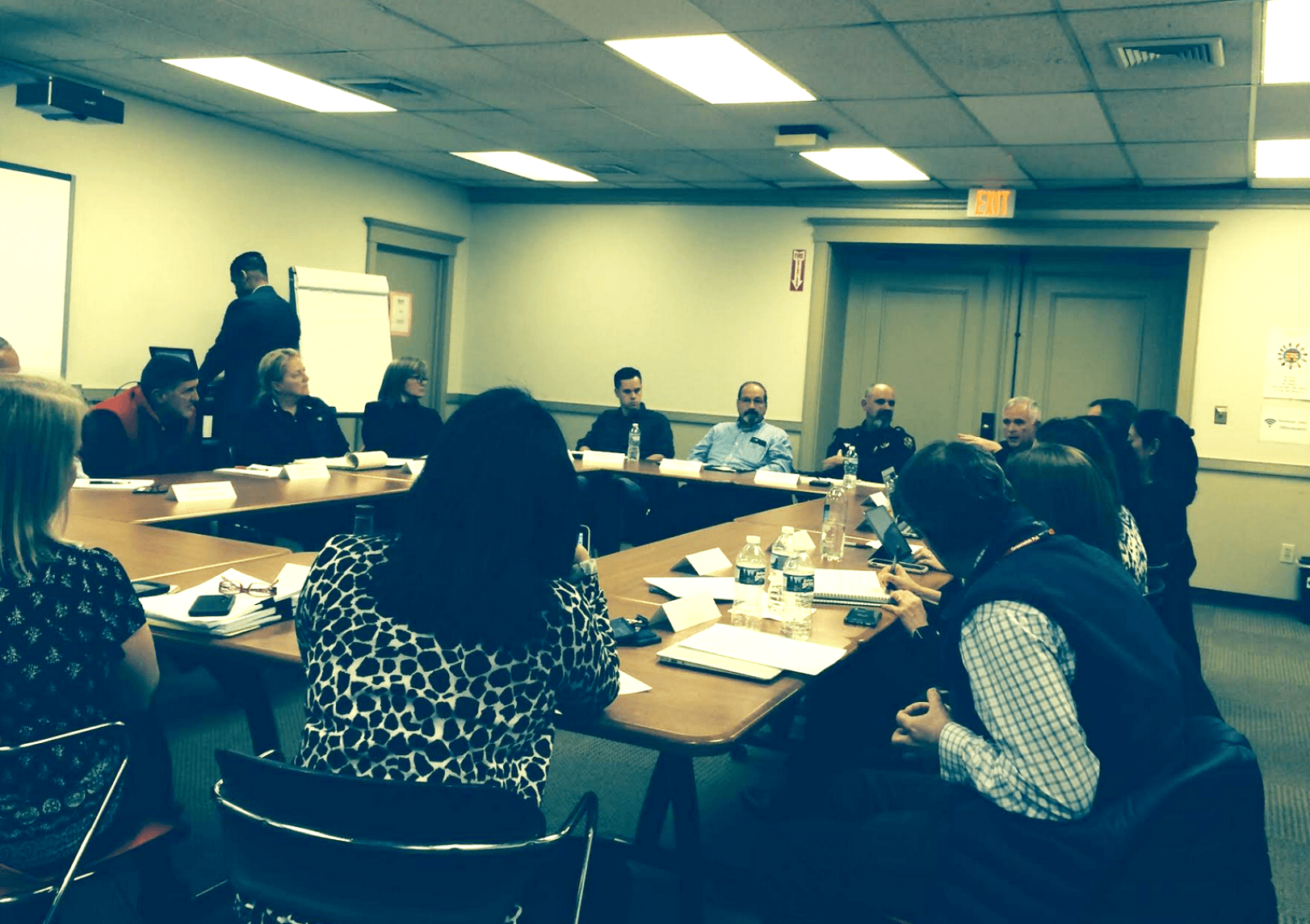 On Thursday a newly formed group, the Superintendent’s School Start/Dismissal Time Steering Committee, met at Havemeyer to review sleep survey data and anecdotal feedback from members on the implementation of new bell times this year.

Dunn said that the results showed a slight increase in attendance, but also a small overall increase in tardies, and that students report they are shifting back their bed times a little bit. The average student sleep time has shifted from 10:06 pm to 11:02 pm.

Mr. Dunn warned not to read too much into the results because students are in a different frame of mind in the spring than in the fall in general.

GHS headmaster Dr. Winters described the sleep survey as “not the best” and warned that data should not be over-interpreted.

“This shouldn’t be polarizing,” Winters said. “It should be done without throwing out the science of sleep. I fear this will bee seen in the context of a political movement. We’re honoring the science of sleep, but realizing some small adjustments could make a big difference – we will not surrender or retreat.”

Gildea warned against potential politicization of the issue. “This should not be a Republican and a Democrat issue. We must divorce this issue from politics.”

The two hour meeting on Thursday allowed everyone at the table to share their thoughts on the benefits of the new school start and dismissal times. Afterward each had a turn to share their concerns.

Benefits of the bell time changes, according to the members, include students feeling better rested, more alert and awake in their classes and not sleeping during first block.

Joe Roberto from the Highway Division said the later start gives his crews a bit more time to clear up snow events.

John Hopkins of the Food Service Dept said his department is saving money on labor because they need fewer staff up front.

Carol Sutton from the teachers union said, “The teachers have not left in droves. Yet.”

Vicki Gregg, who moved from the Food Services Dept to take over as transportation manager from retiring Janice Domiziano this year said she had learned a multitude of lessons that she would take forward.

Lieutenant John Slusarz said the traffic issues are not confined to the immediate vicinity of the high school. “There has been a significant worsening of traffic and congestion. It’s impacting commuter traffic throughout the region,” he said.

“Indian Field Road was significantly impacted,” said chief Heavey. “Some of it was addressed with tweaks to lights.”

Mark Mariani from the Highway division said his division had received a lot of complaints about traffic and signal time.

“The arrival coincides almost exactly with rush hour,” he said, adding that the signal at Hillside and East Putnam Ave communicates with other signals – from Old Church Rd to River Road by the Mianus River. “When we make a change in one place, we have to make it everywhere,” Mariani said.

Mariani said that as parents and drivers get used to the new bell times and traffic situation, they adjust and find new routes.

“We’re comfortable with the way the signals are operating. Peak traffic time is 7:45am to 8:45am,” he said. “The highest queue length is between 8:00am to 8:20am, and Hillside Road backs up and Rte 1 backs up to Indian Field Road from the direction of Cos Cob. Afternoon peak time is not same as commuter peak time, which is 5:15pm to 6:15pm.

Longtime GHS neighbor Jeff Miller, who lives on Hillside Road, said he has observed more speeding in the mornings, and that what used to take 10 minutes to get off the GHS campus now takes 20 to 25 minutes. “In past you wouldn’t leave your house for 15 minutes, now it’s closer to 40 minutes,” he said.

Athletic director Lindine said the amount of time and frequency that athletes miss class is exacerbated because with the new school times, teams are departing in rush hour. “Kids are also getting home later,” he said. Lindine went on to say he was concerned that students will make adjustments and, not take advantage of sports and extracurricular activities.

“This should be the school end time committee. Our athletes are not benefiting from this. Overall, kids are talking about compression of activities in the afternoon. If we continue to harp on the start time instead of the end time, we’re missing opportunities.” – GHS headmaster Dr. Chris Winters

Teachers union president Ms. Sutton said that at GHS the last block of the day is more challenging because students are exhausted.

Mr. Dunham, a GHS parent, said it had been unfortunate that new bell times were implemented at the same time as major staff changes at Havemeyer, including a new superintendent, new head of transportation, and new chief operating officer. He said the district hadn’t looked into best practice or studies done in districts around the country that have implemented later start times.

“I get the sense there has been limited conversations with these districts,” he said.

Head of Food Services Dept, John Hopkins, said his department lost $900 in breakfast sales, but that lunch sales have increased by about $1,000.

Lt Slusarz and Chief Heavey from Greenwich Police said they were concerned about the impacts of start/dismissal times on their department’s budget and manpower.

BET chair Jill Oberlander said that the costs of implementing the new bell times were not done in a consolidated or transparent manner.

“That leaves people to question what the total cost is, directly and indirectly,” she said.

Wheatleigh Dunham, a parent, said it would be important for the committee to represent views across the school community, “both those who support healthy start times and those who don’t.” He pointed out that the committee did not include health care professionals. “There is no school nurse, or psychologist invited to be on the committee Do you plan to invite any?” he asked.

CMS principal Tom Healy said he was afraid that personal feelings about the issue might impede healthy discourse to problem solving. 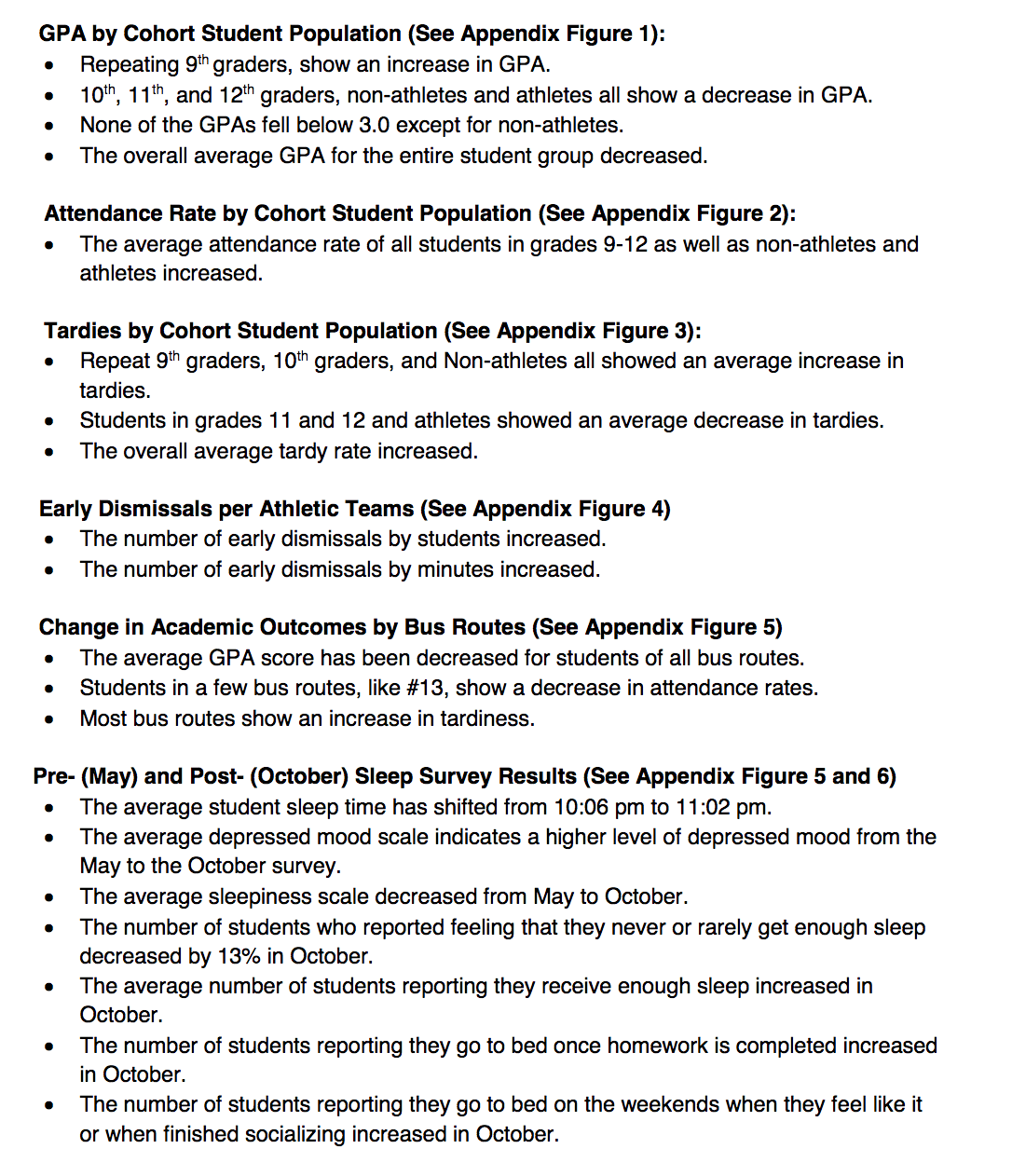