By Leslie Yager and Sadie Smith, Greenwich Academy class of 2018 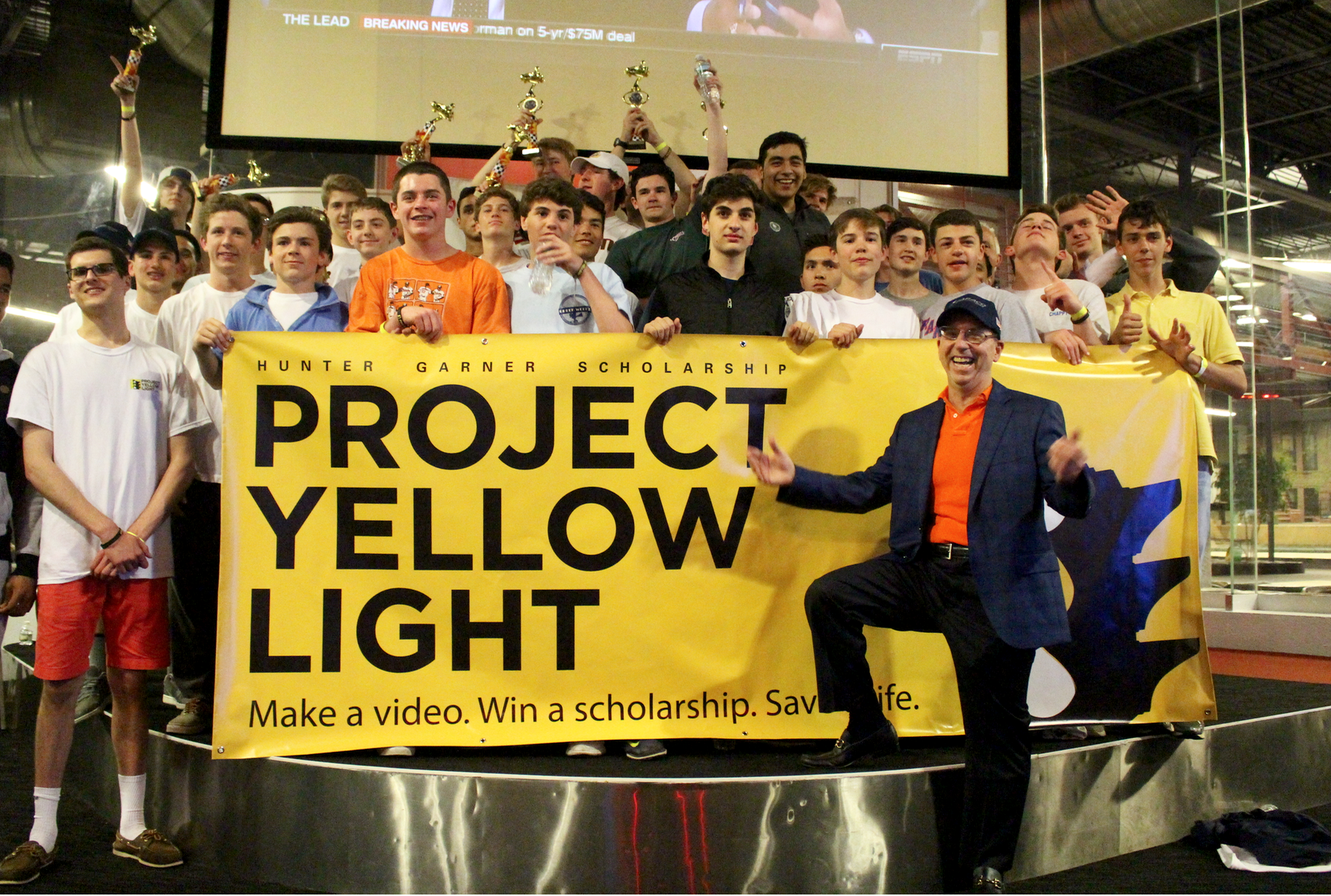 Dozens of teens from Greenwich public and private schools enjoyed a night of safe go-kart racing at Grand Prix New York in Mt. Kisco on Friday night. The event has become an tradition since Ben Albano (GHS 2014) had the idea four years ago.

The race was a benefit for Project Yellow Light, a scholarship competition that raises awareness of the dangers of distracted driving. Over $8,000 was raised from the $100 registration for each team, plus additional donations from families, friends and sponsors in the community.

This year, in addition to go-kart racing, supporters of Project Yellow Light had the option of a night of bowling.

Teams included students from Greenwich High School, Brunswick School, and King School. And next year, the organizers anticipate that even more schools will be represented as Project Yellow Light clubs gain momentum. 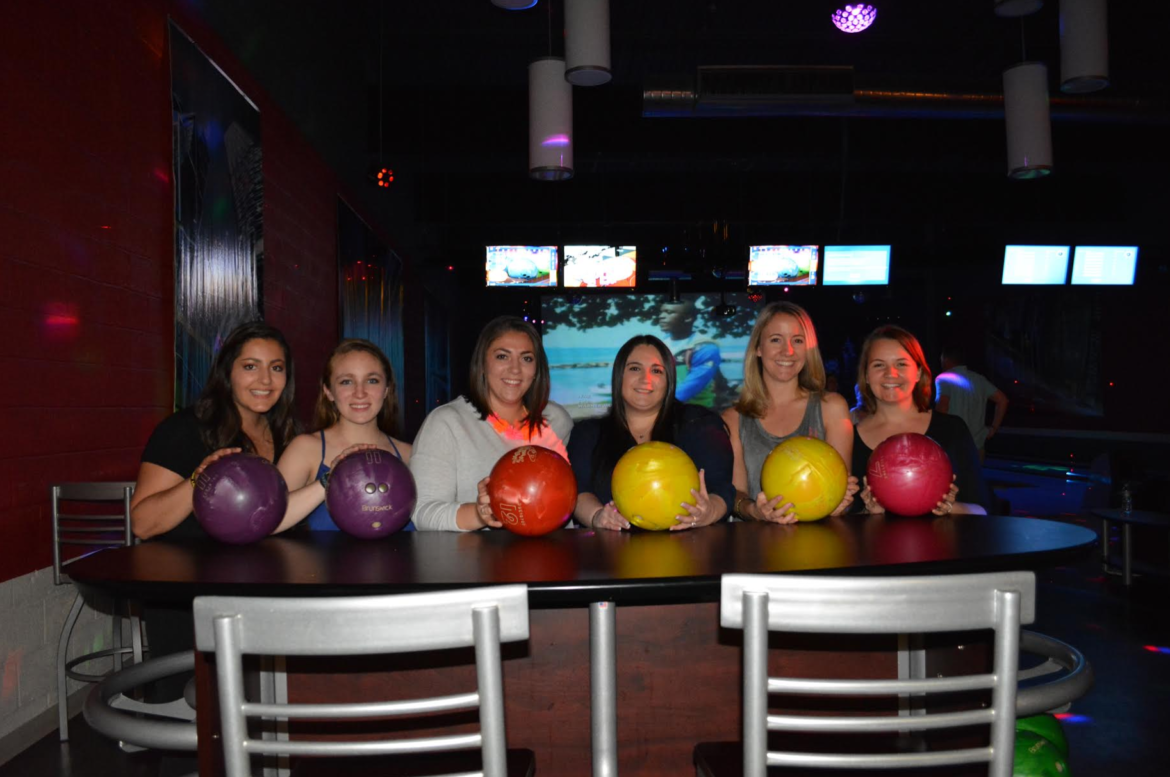 At the end of the race, Joseph Armentano, CEO of Paraco, a company that delivers propane gas, presented a check to the event organizers including Addison Albano, Austen Albano, Quentin McDermott, Will Jeffery and Maggie Montague. 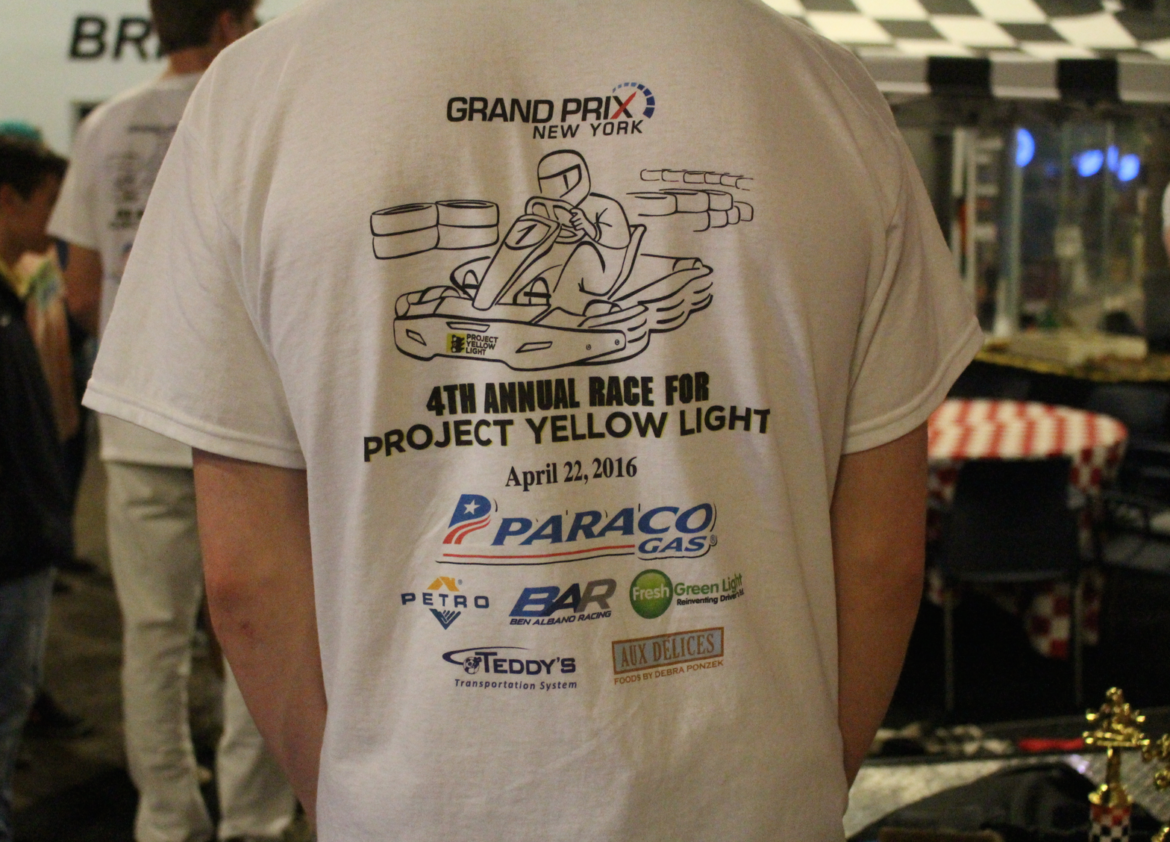 “We stepped it up this year to become the lead sponsors of the fundraiser going forward,” said Mr. Armentano. “Obviously this issue of texting while driving is at the forefront, especially for new drivers.”

The organization launched a short film scholarship competition created to honor Hunter and to put a stop to the number-one killer of teens and young adults in America: car crashes.

“I could tell how passionate she was about the project,” Armentano said of Garner. “They did a good job to connect us emotionally to the project.”

Paraco’s Robert Miccarelli said it is critical that the company’s drivers stay focused. “Safety comes before profits, and distractions can come in the form of text messages, but it could be anything,” he said. “It could be googling or checking directions.” 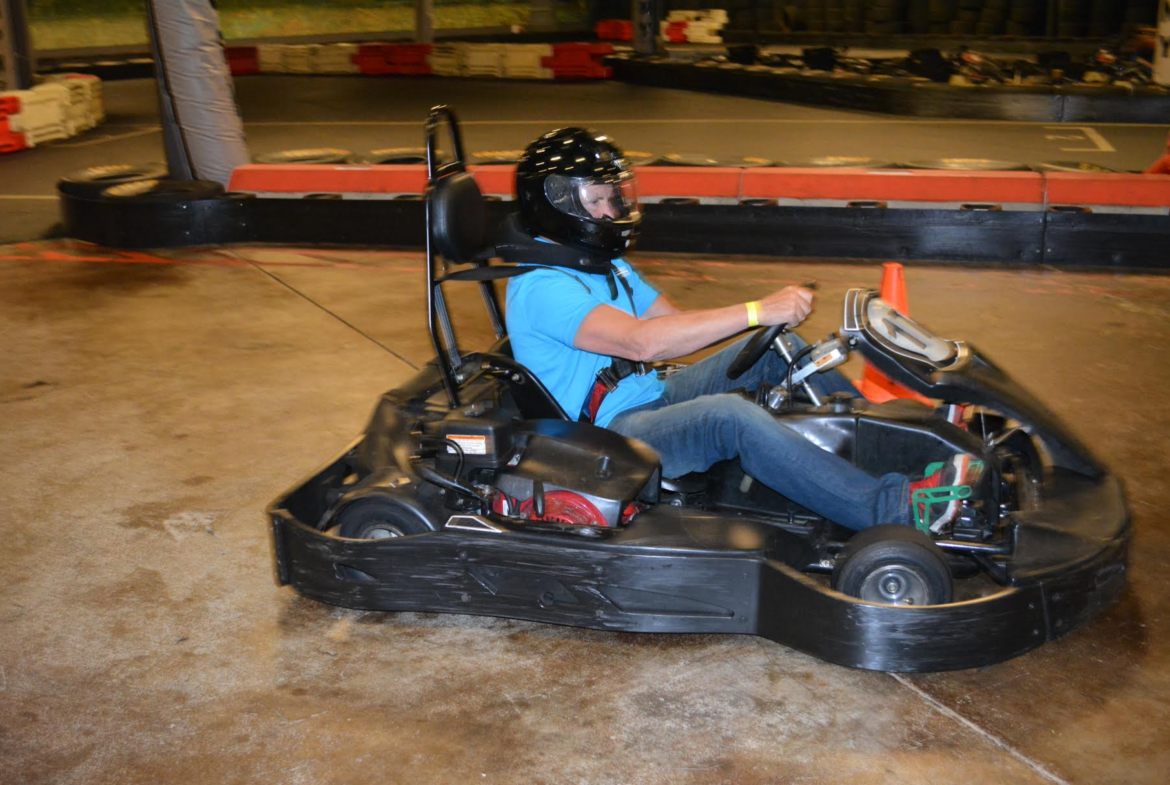 At first glance, go-kart racing might not seem the best way to convey an anti-distracted driving message. With so many rules, color flags to memorize and potential penalties for error, the course is fraught with distractions.

But the intense experience of the race track actually drives home the point. The hope is the intense concentration behind the wheel will leave something of a muscle memory. 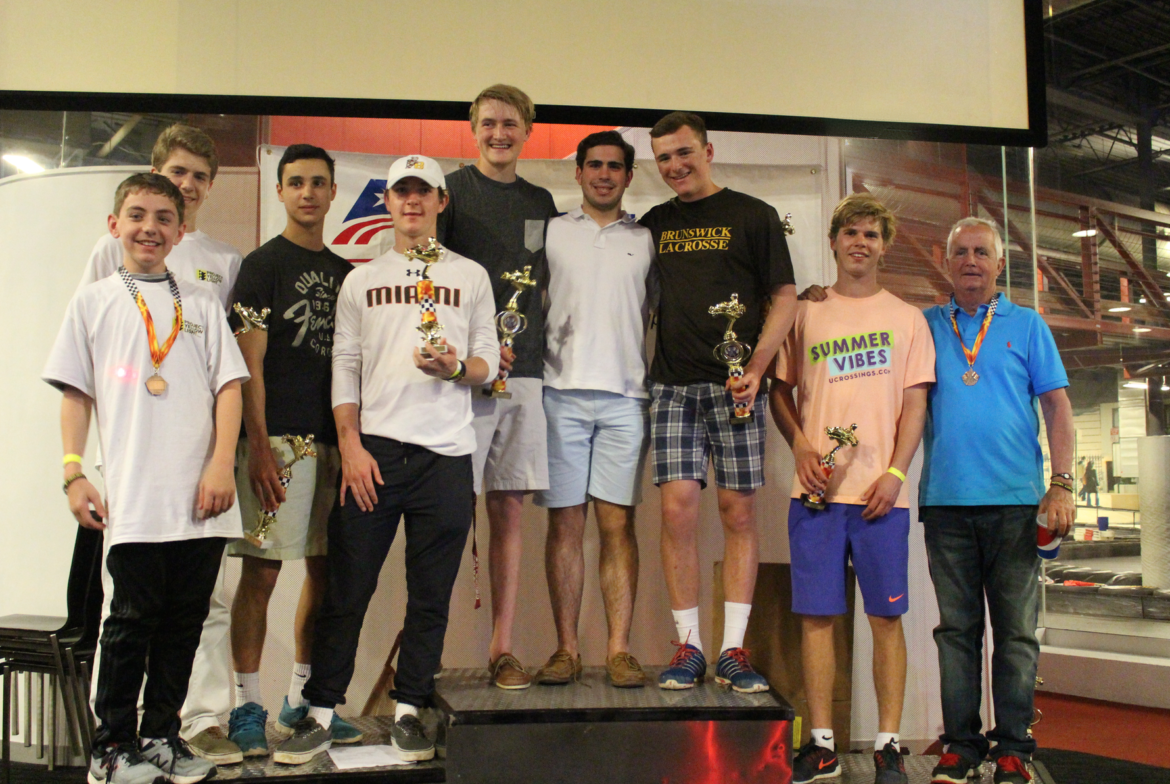 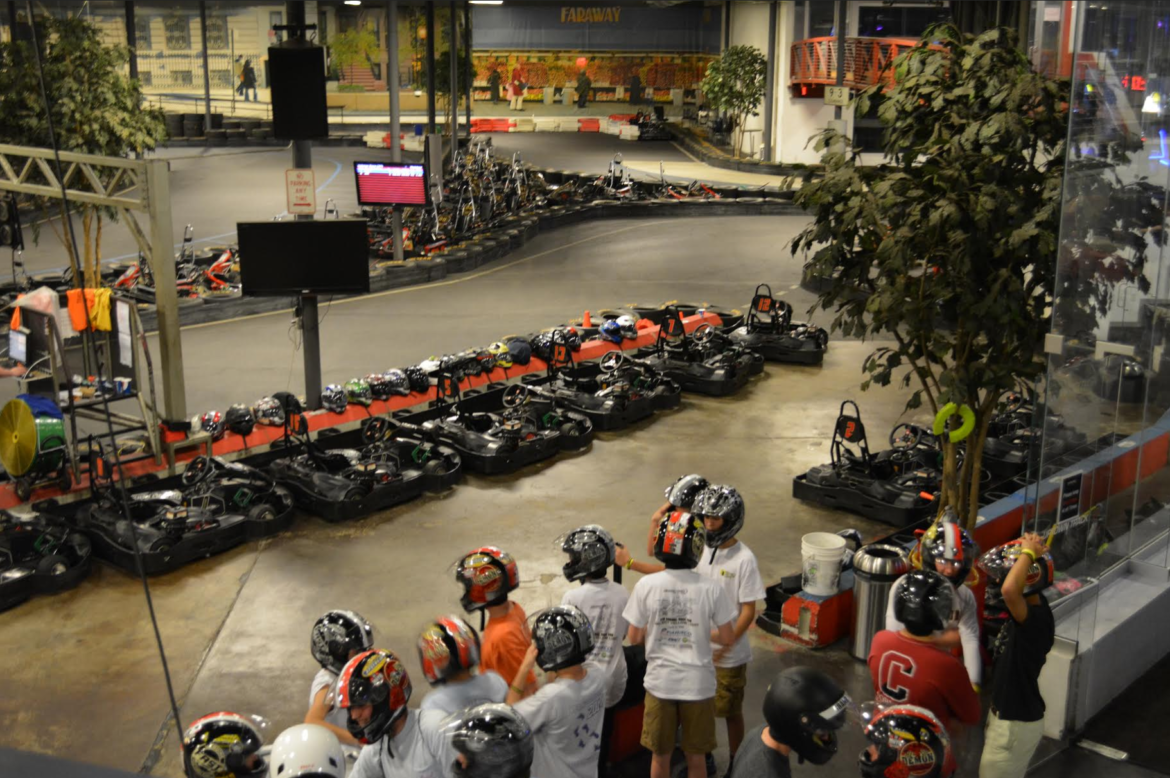 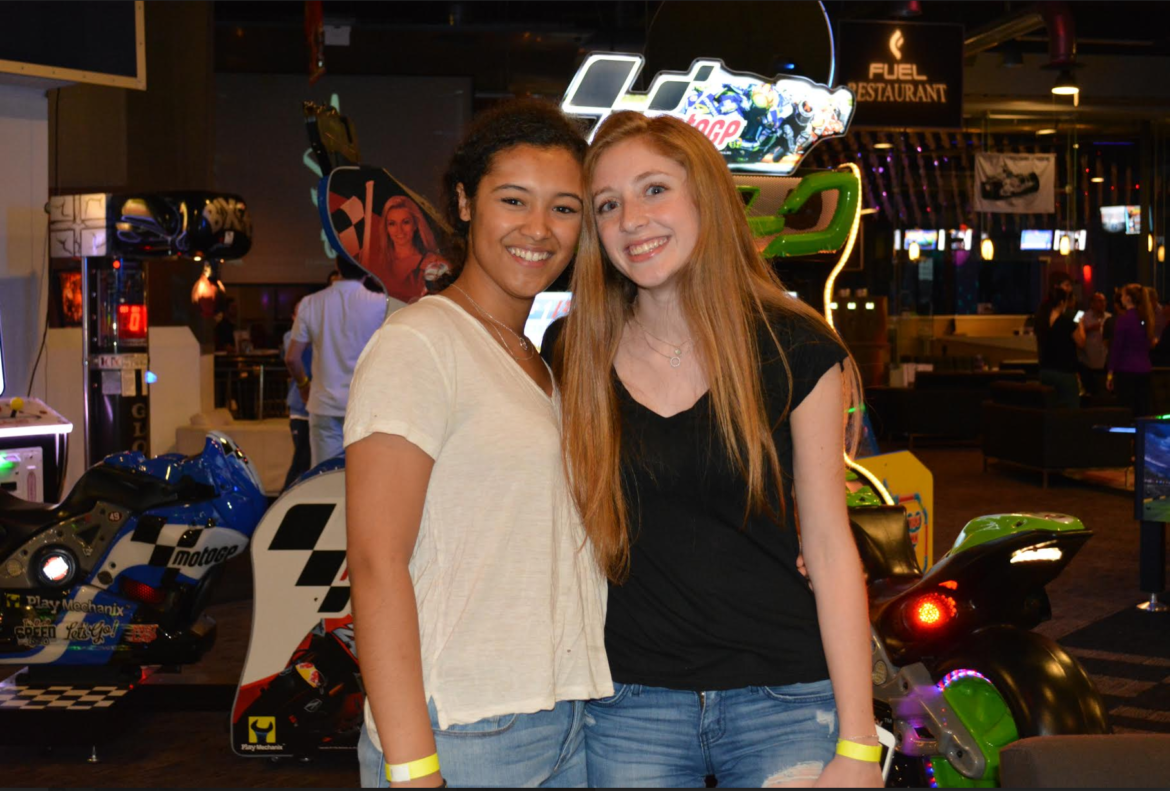 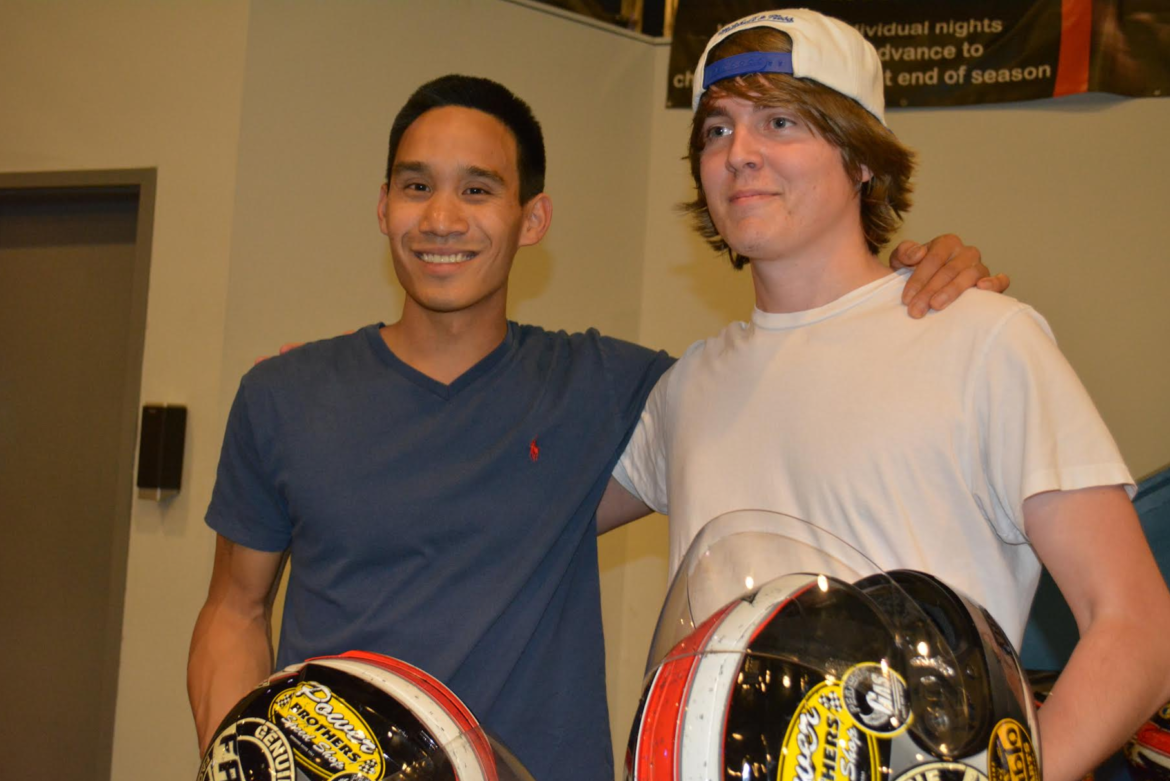 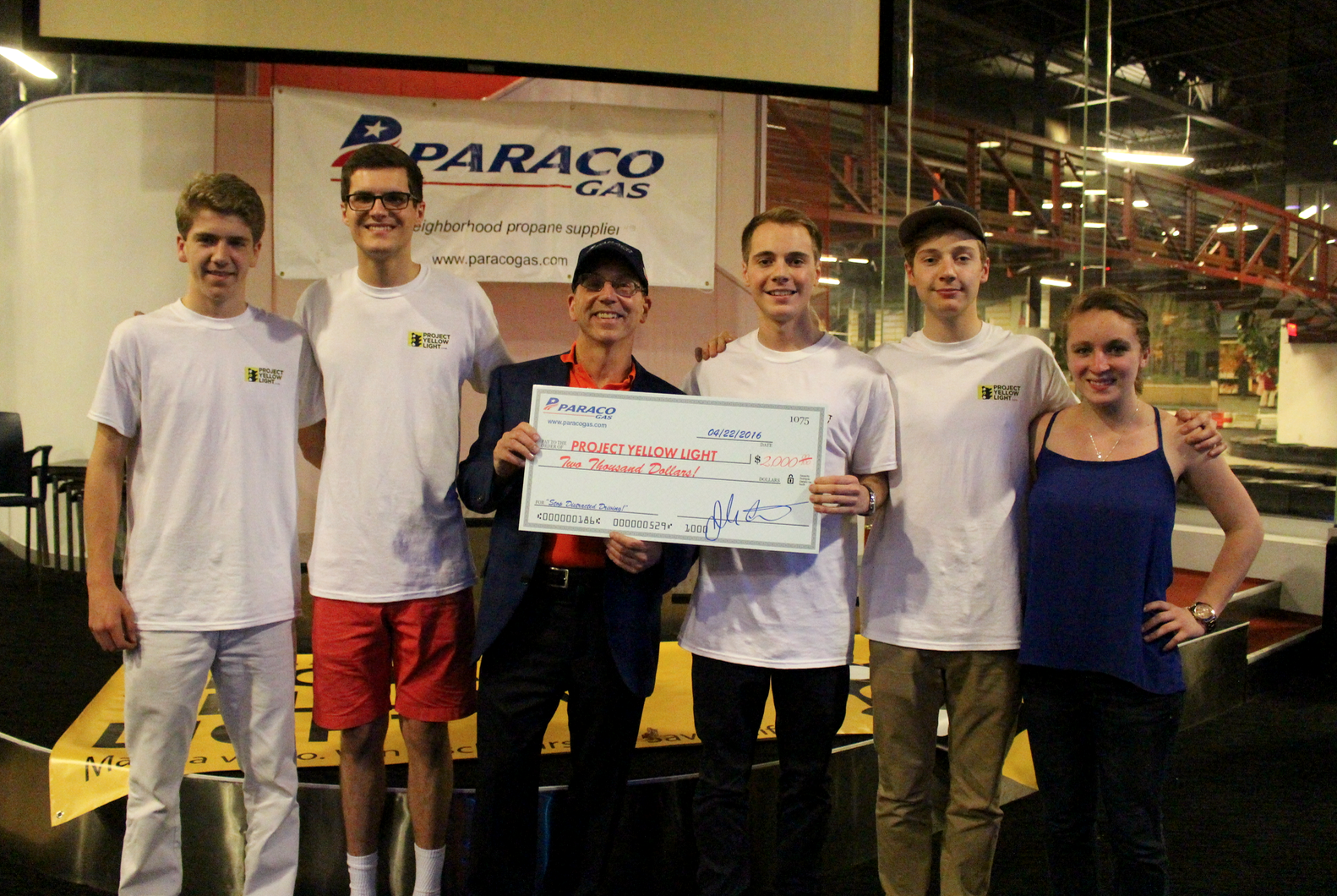 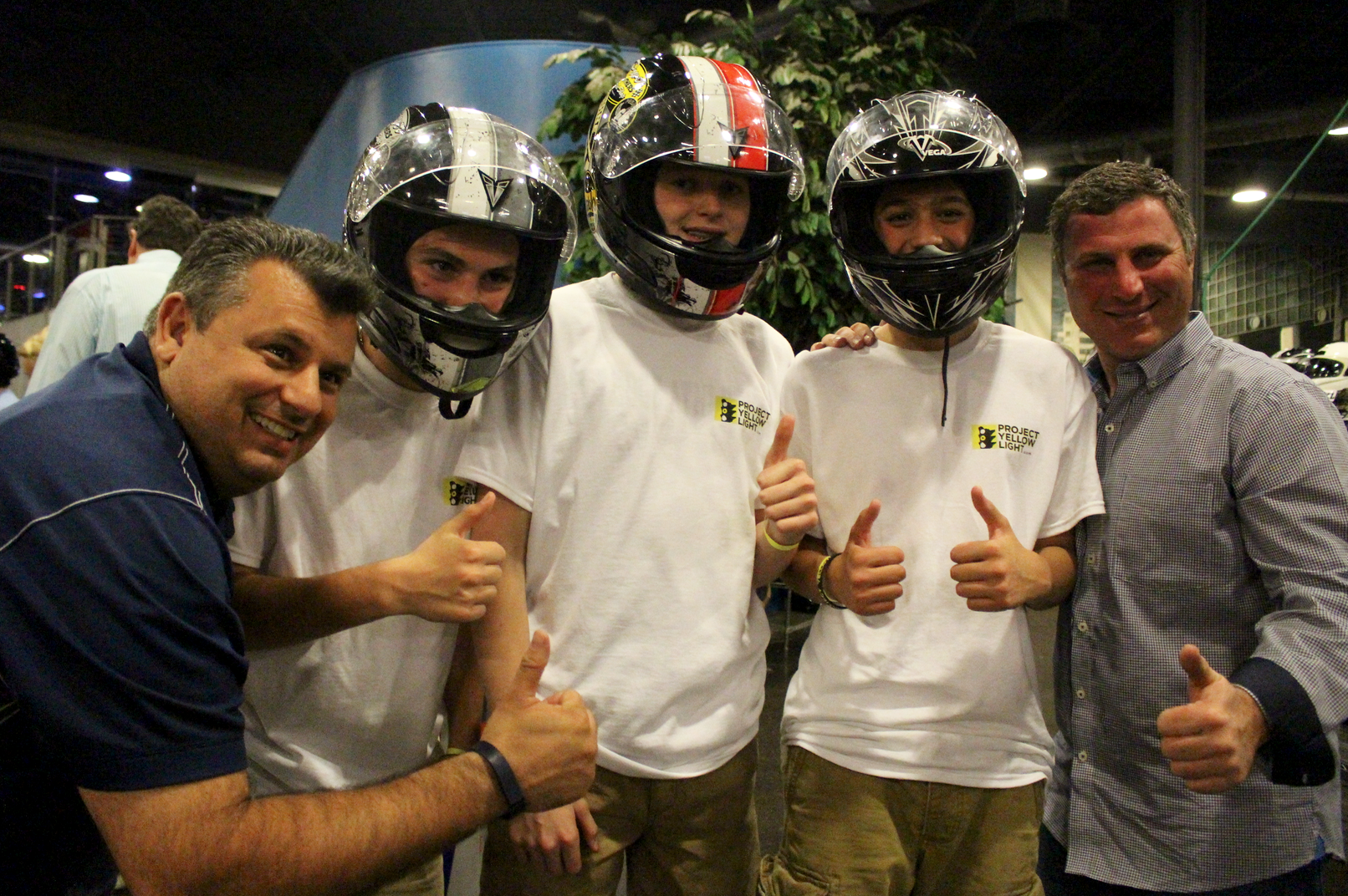 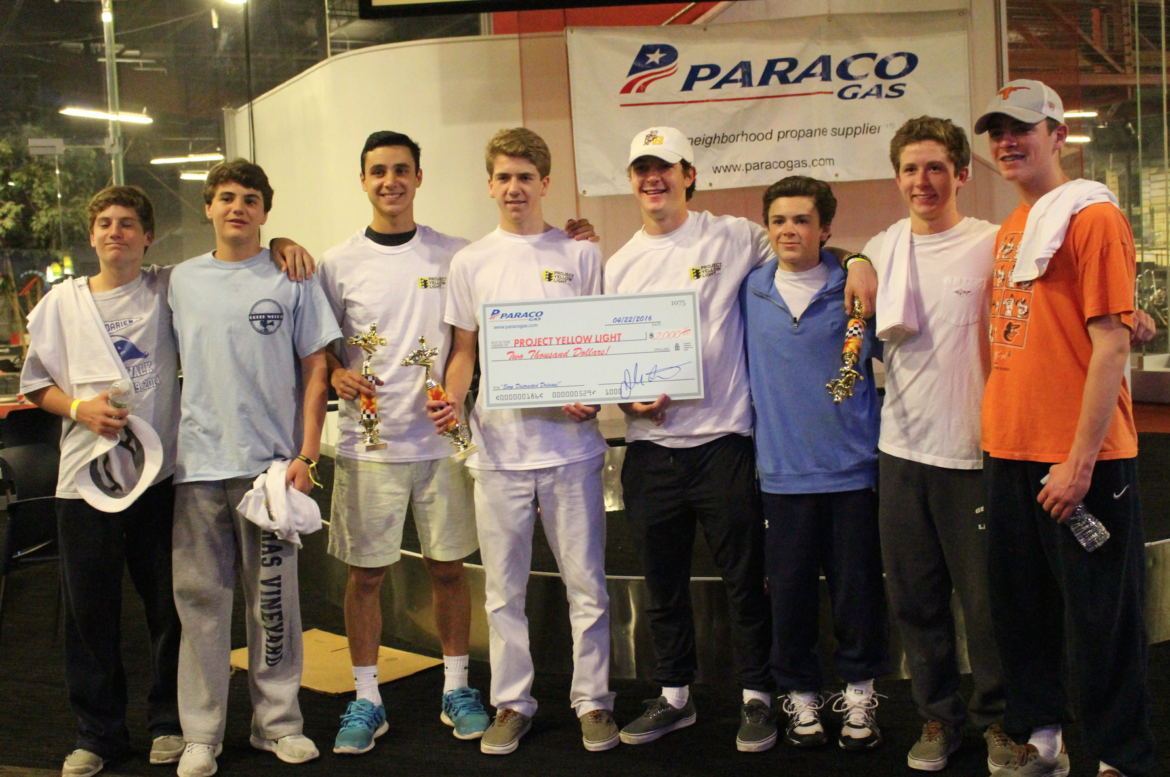 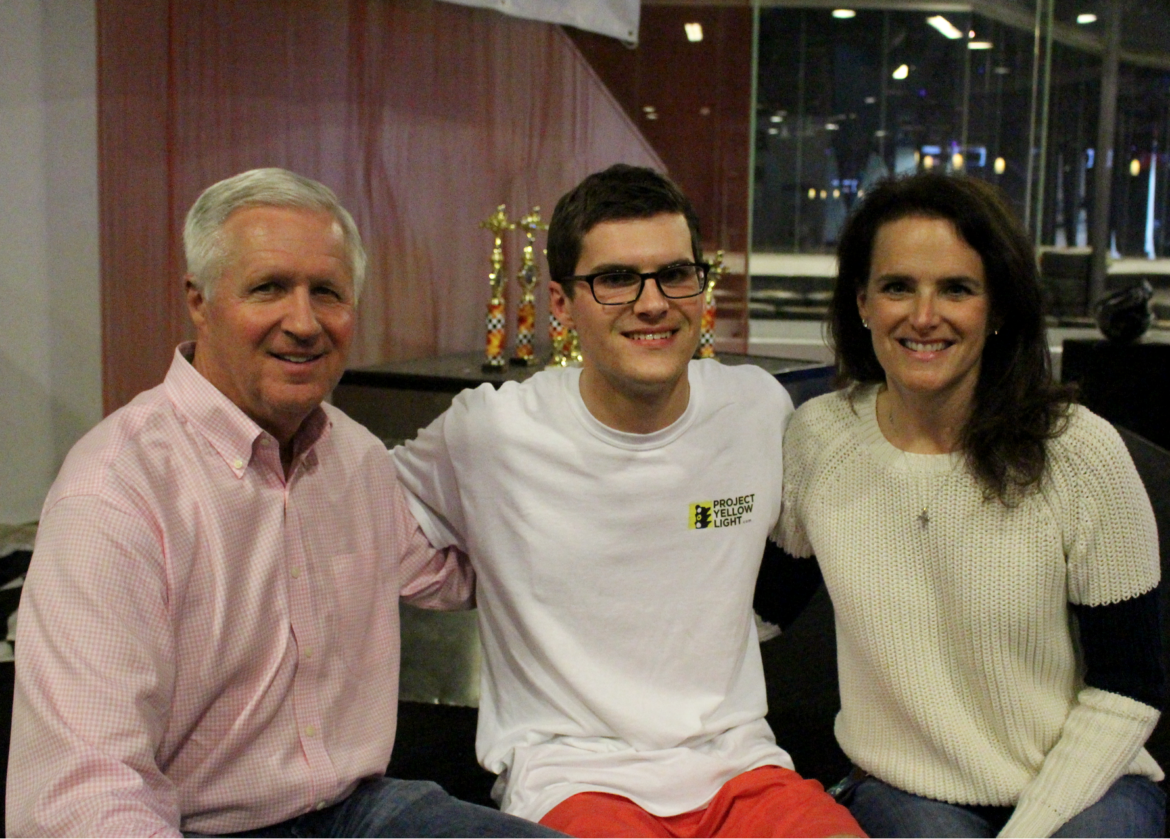 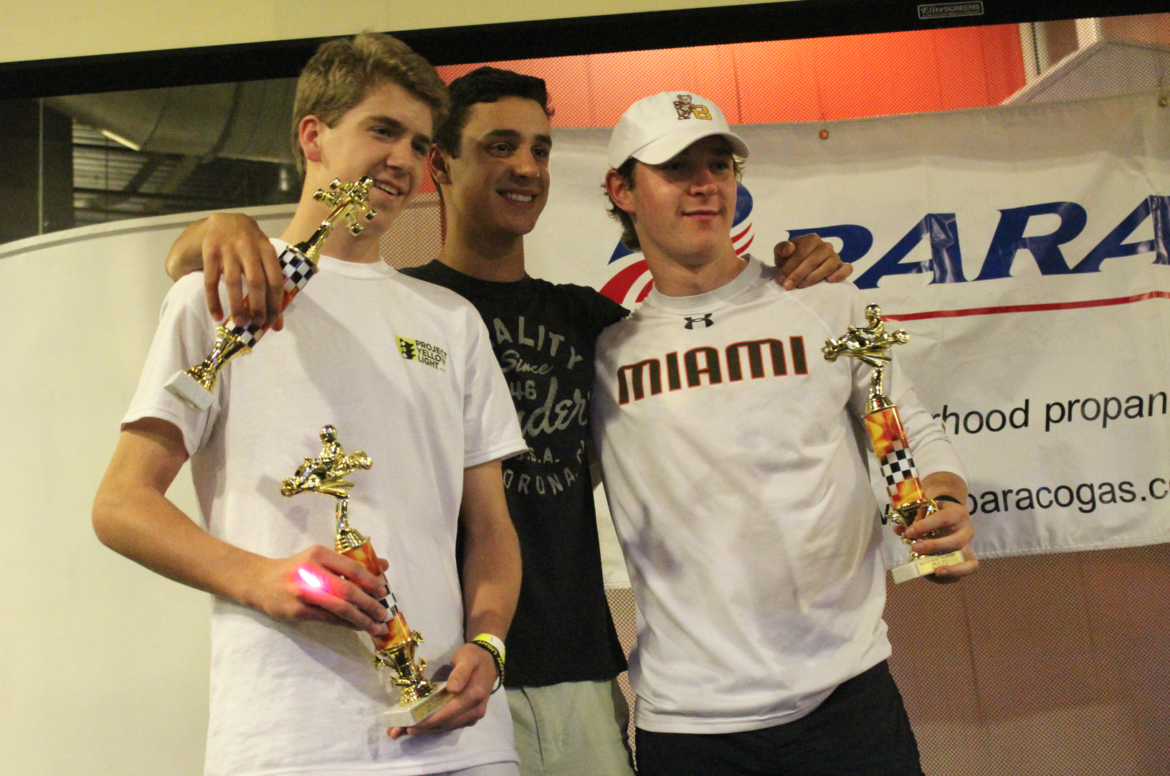 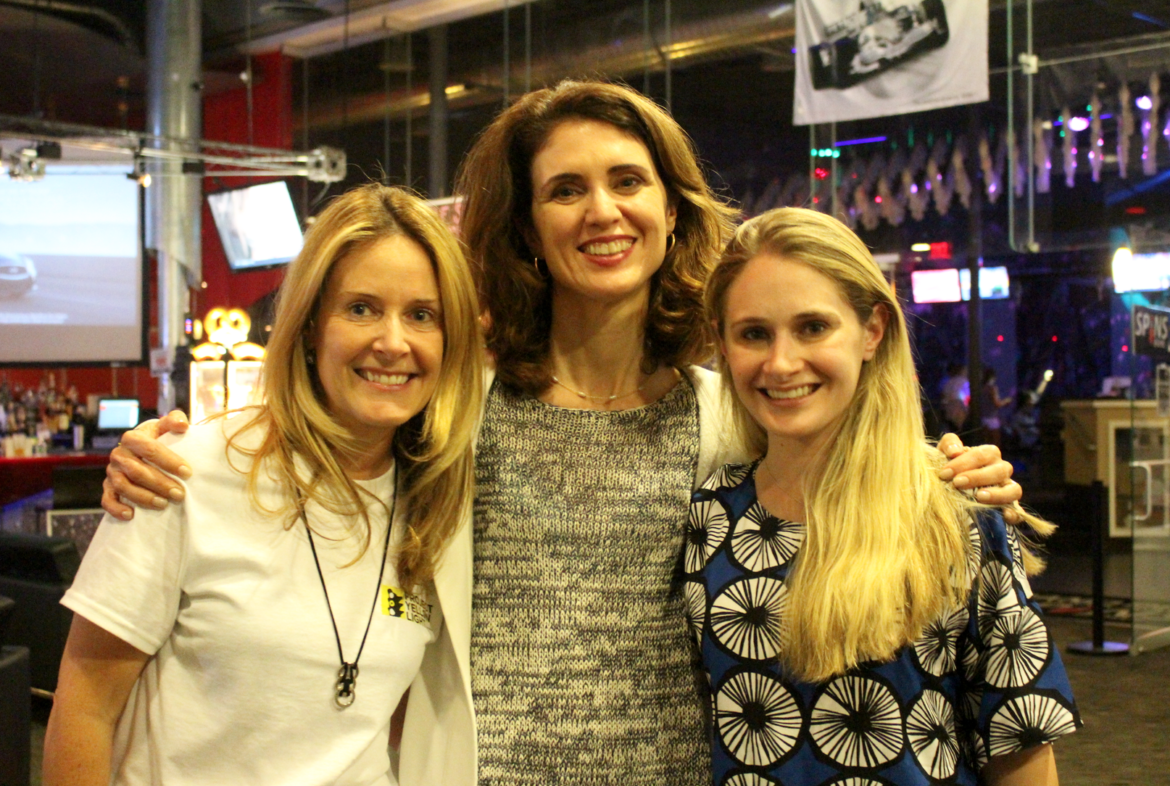 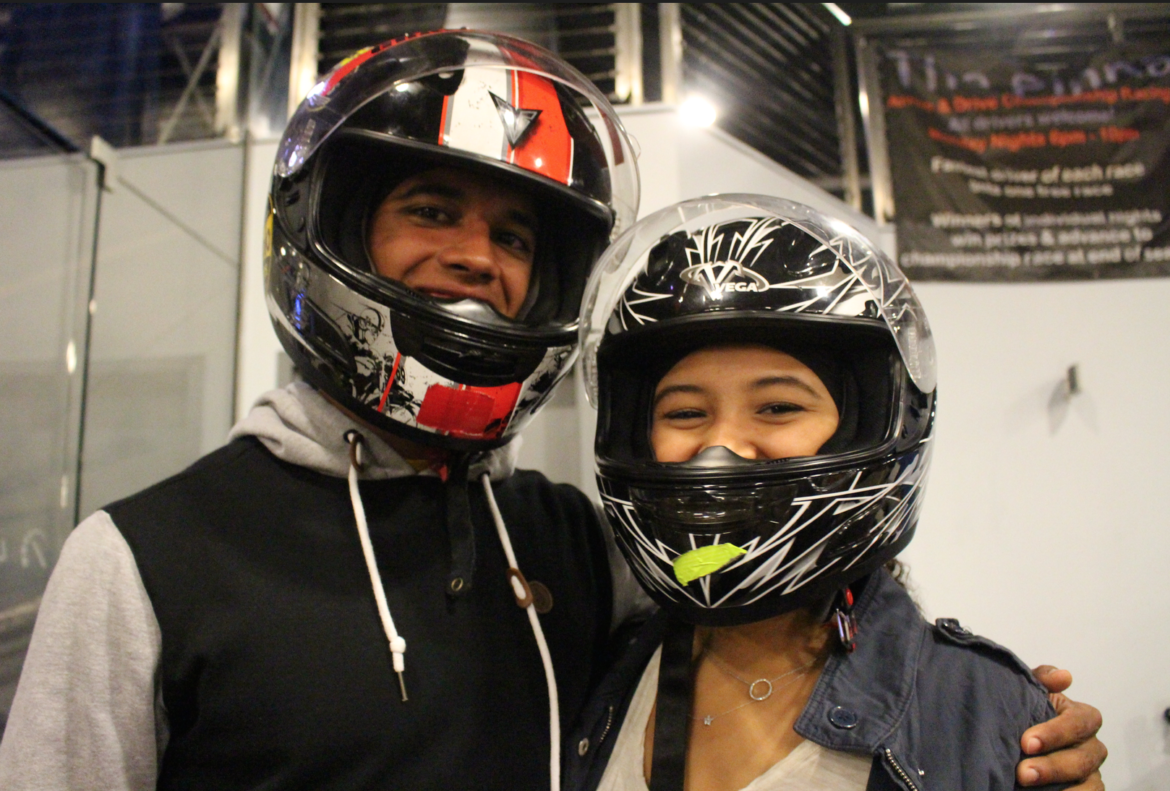 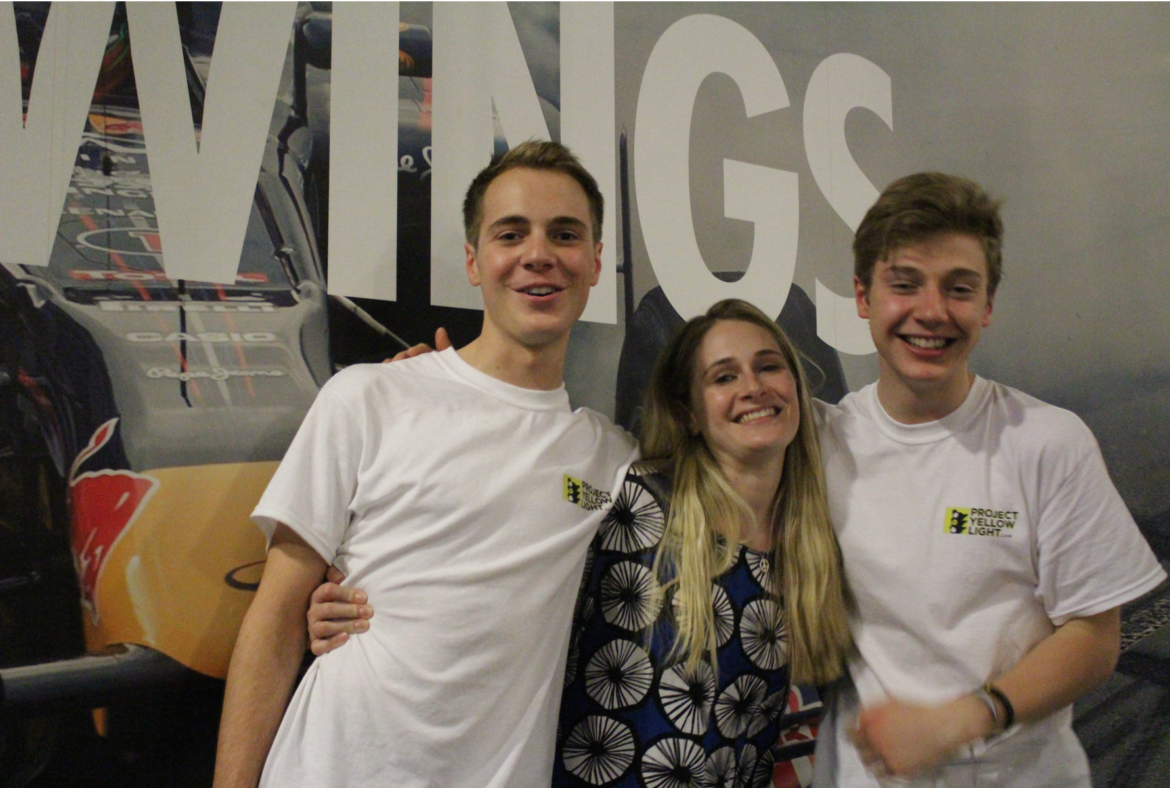 Addison, Brittany and Austen Albano at Grand Prix New York for the Project Yellow Light fundraiser. The event was the created four years ago by their older brother Ben Albano, a successful race car driver who had more concerns driving around Greenwich High School than driving a race car around the track. Credit: Leslie Yager 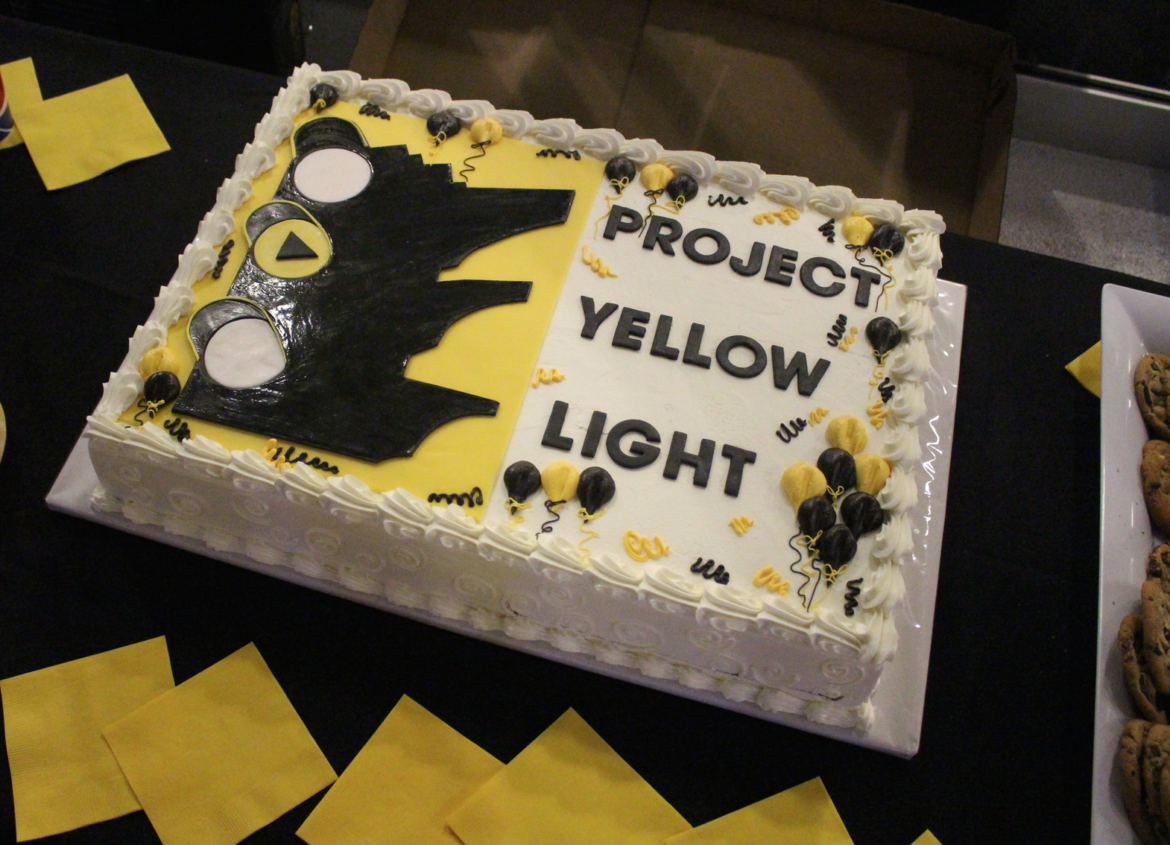 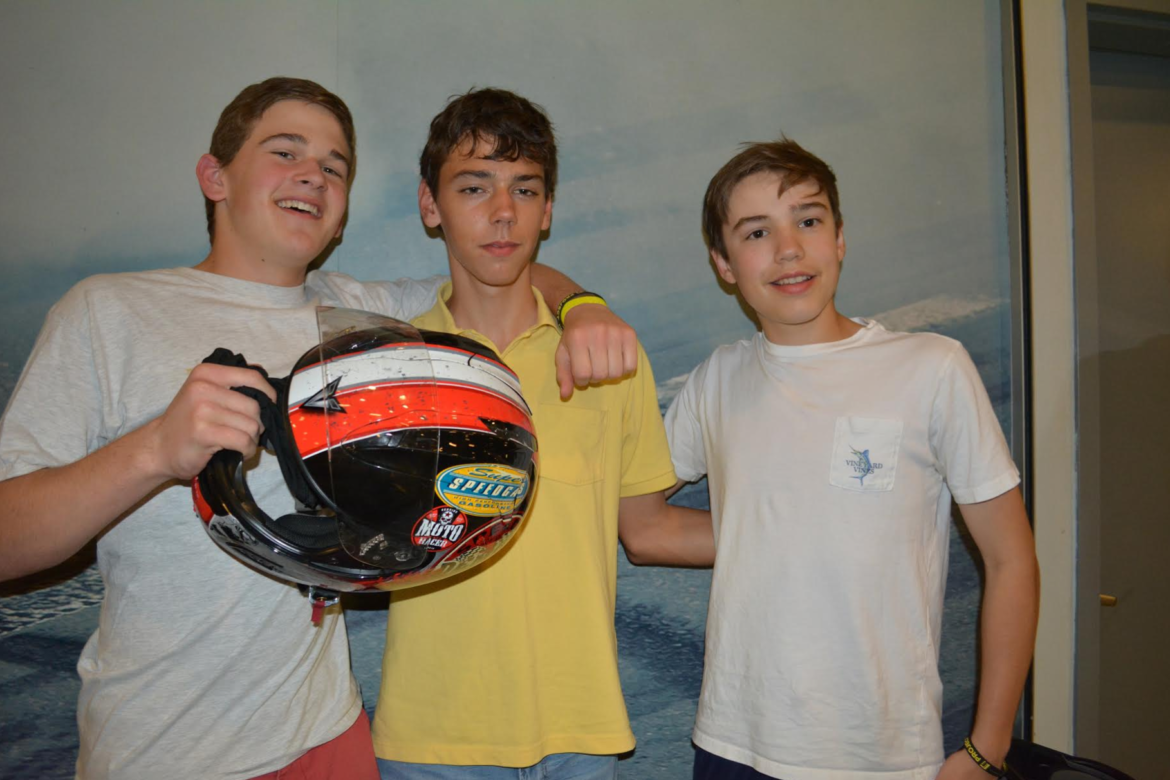 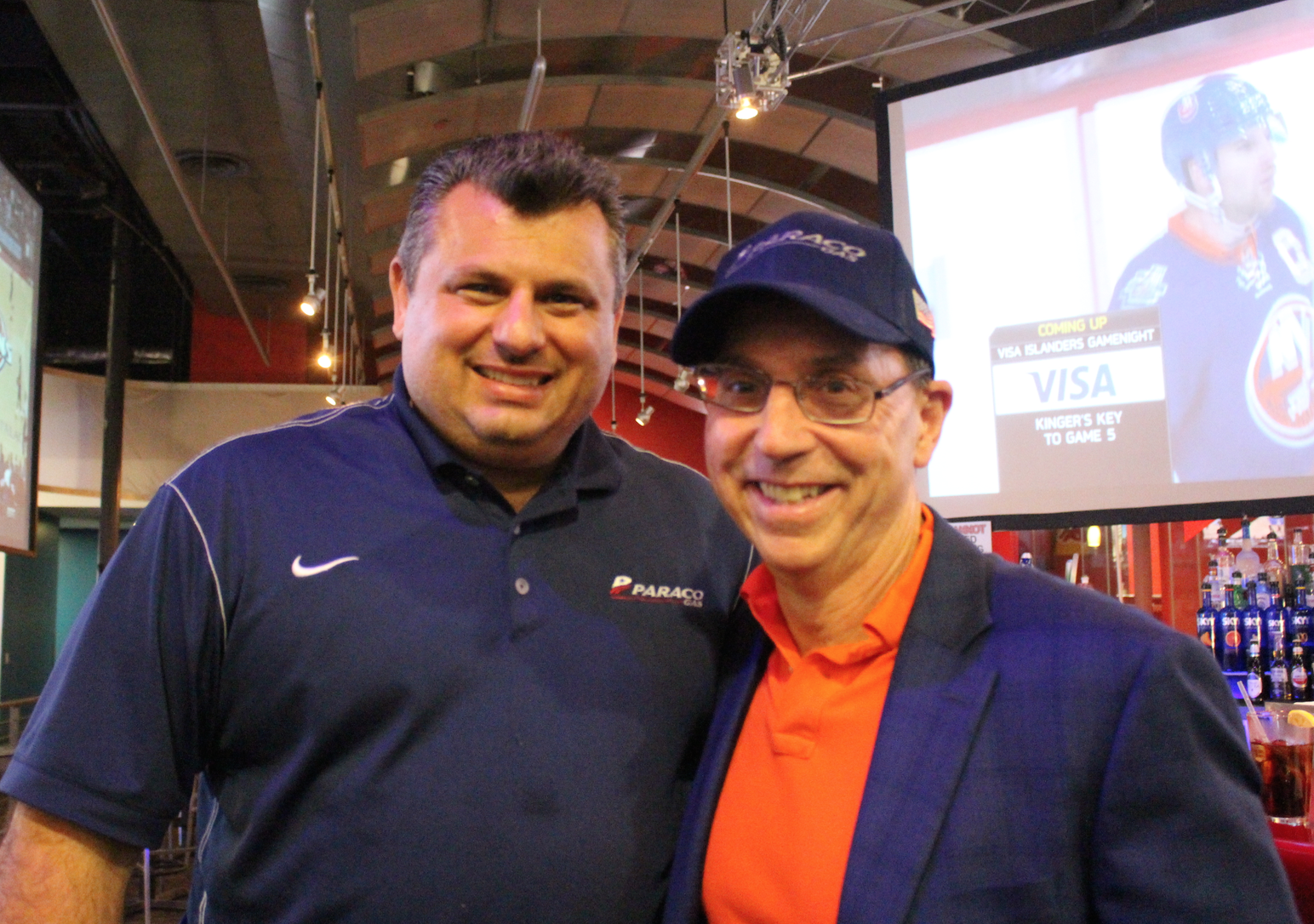 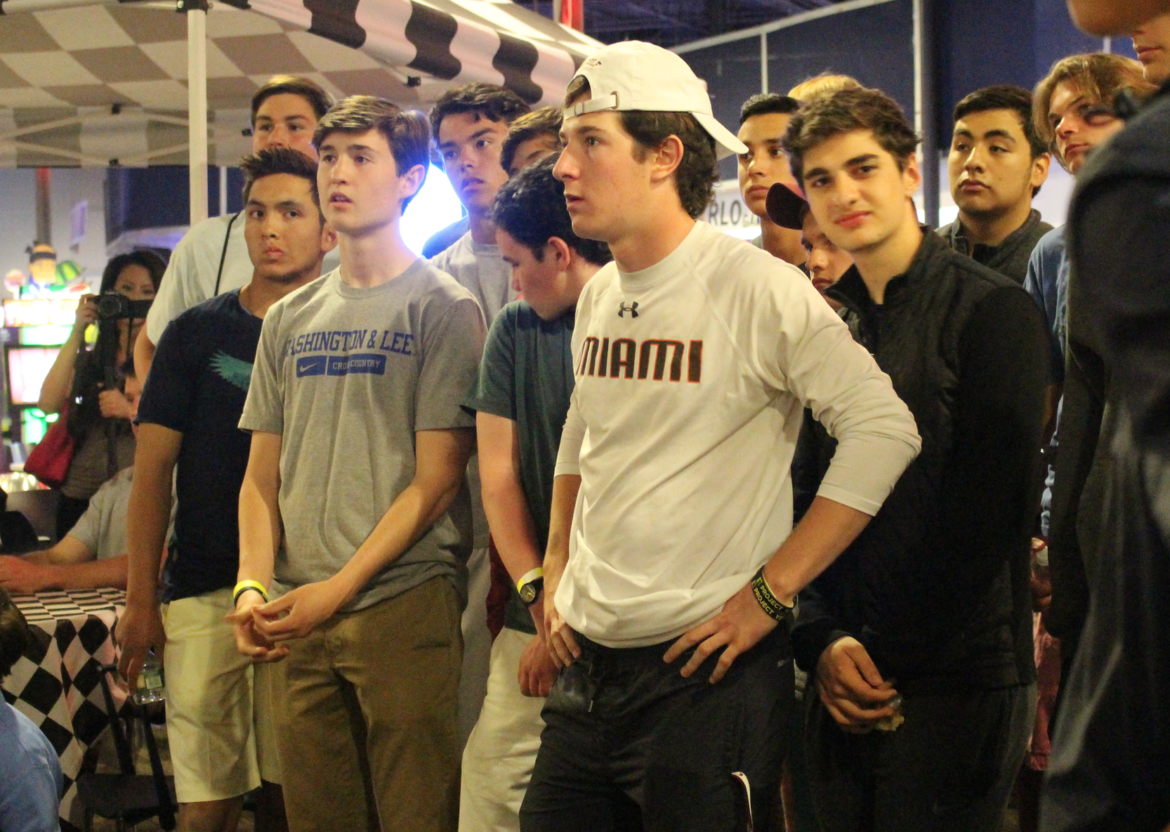 Go-Kart racers get a safety talk before jumping in their cars at Grand Prix New York, April. 22, 2016 Credit: Leslie Yager 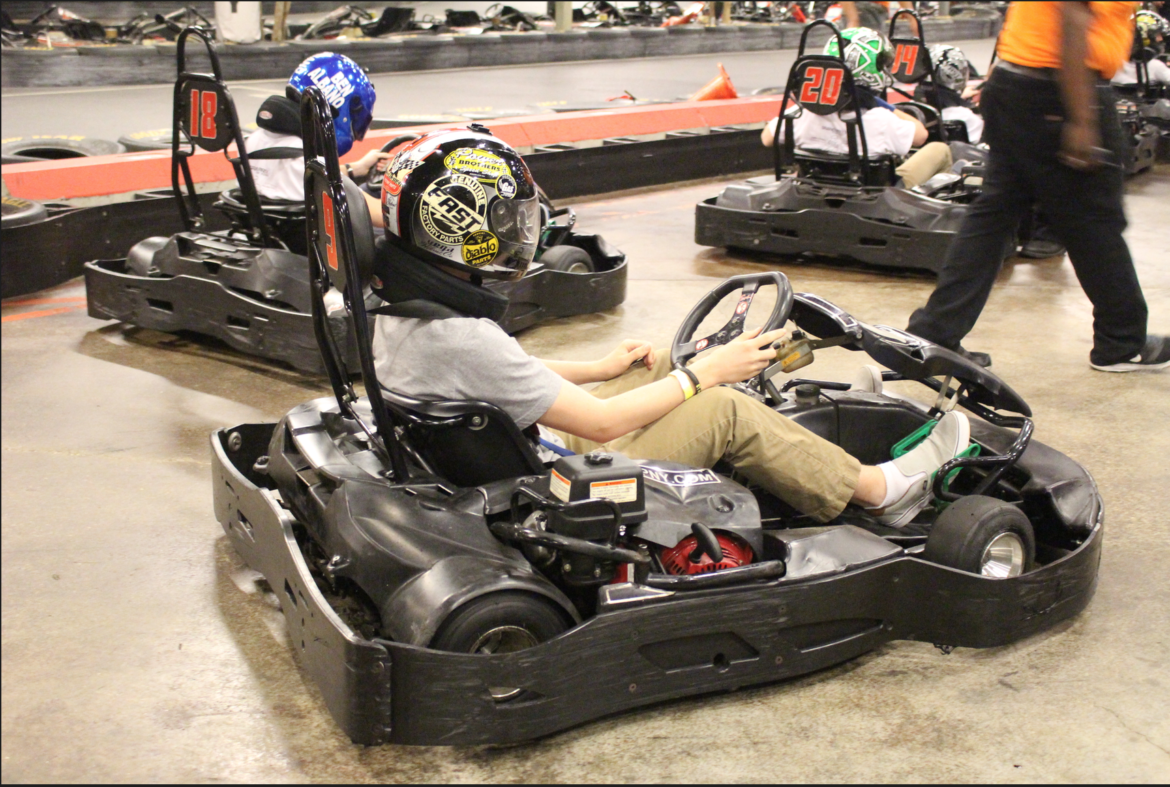 Teams of 2-5 drivers participated in the go-kart race to raise funds for Project Yellow Light on April 22,2 016 Credit: Leslie Yager 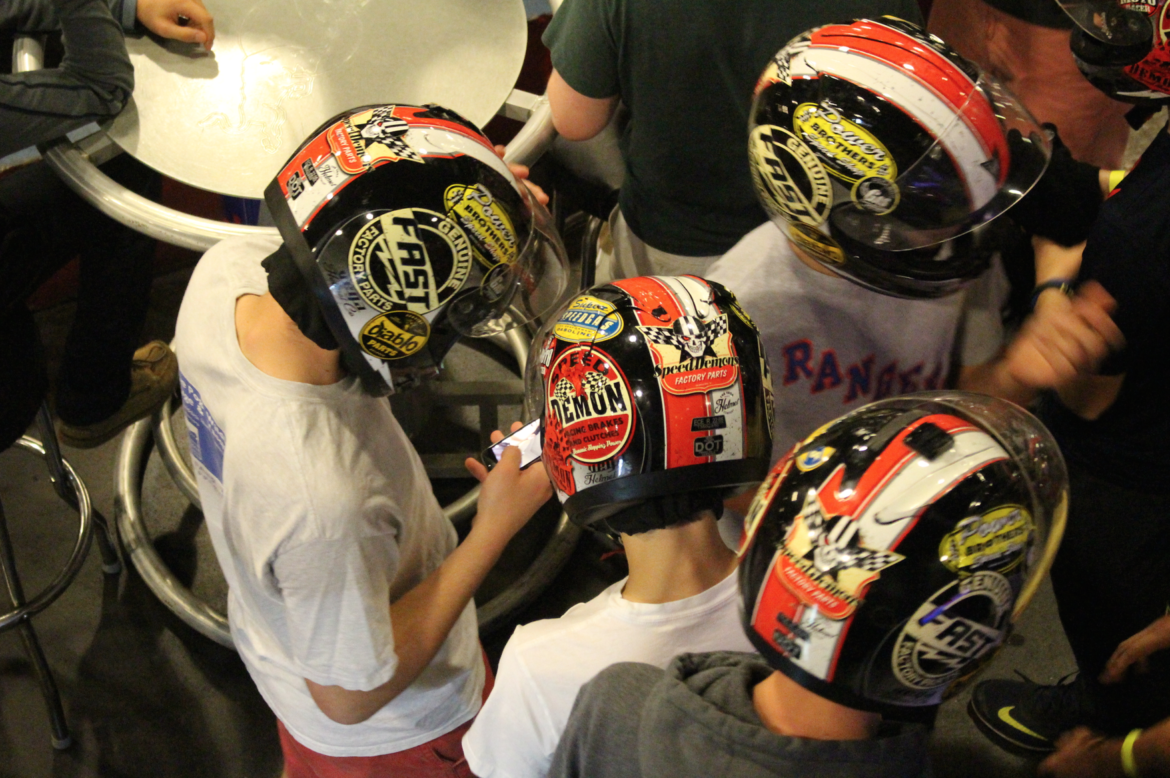 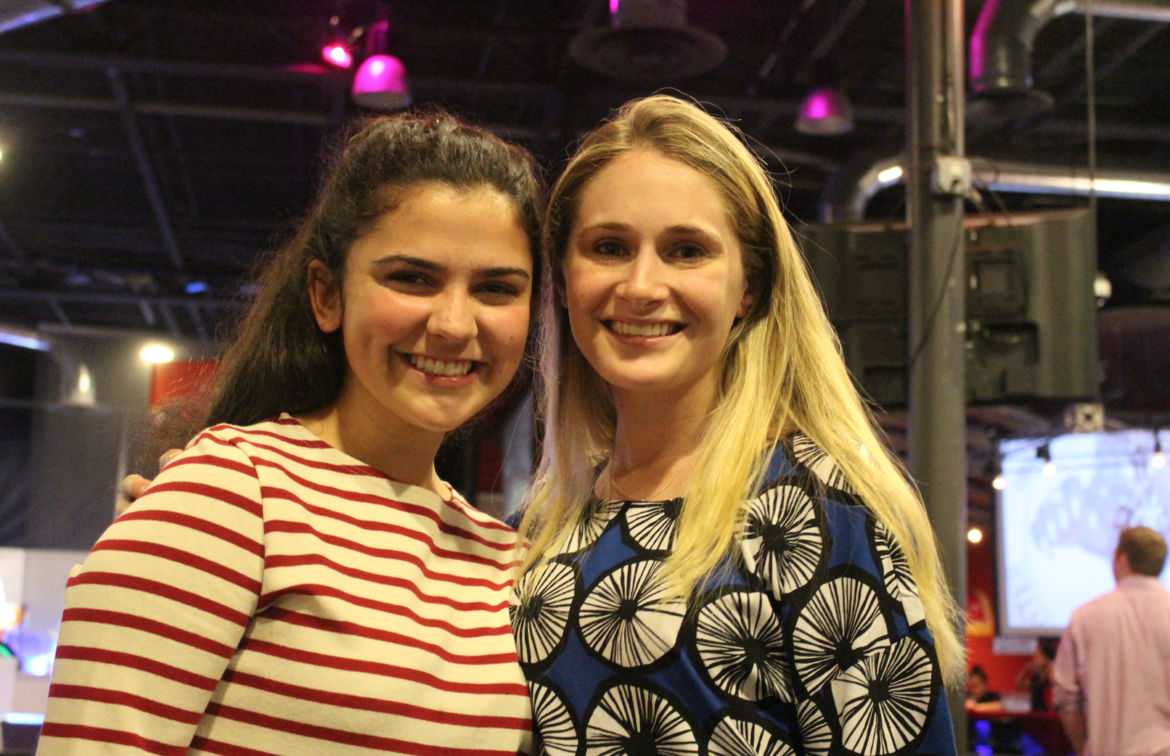 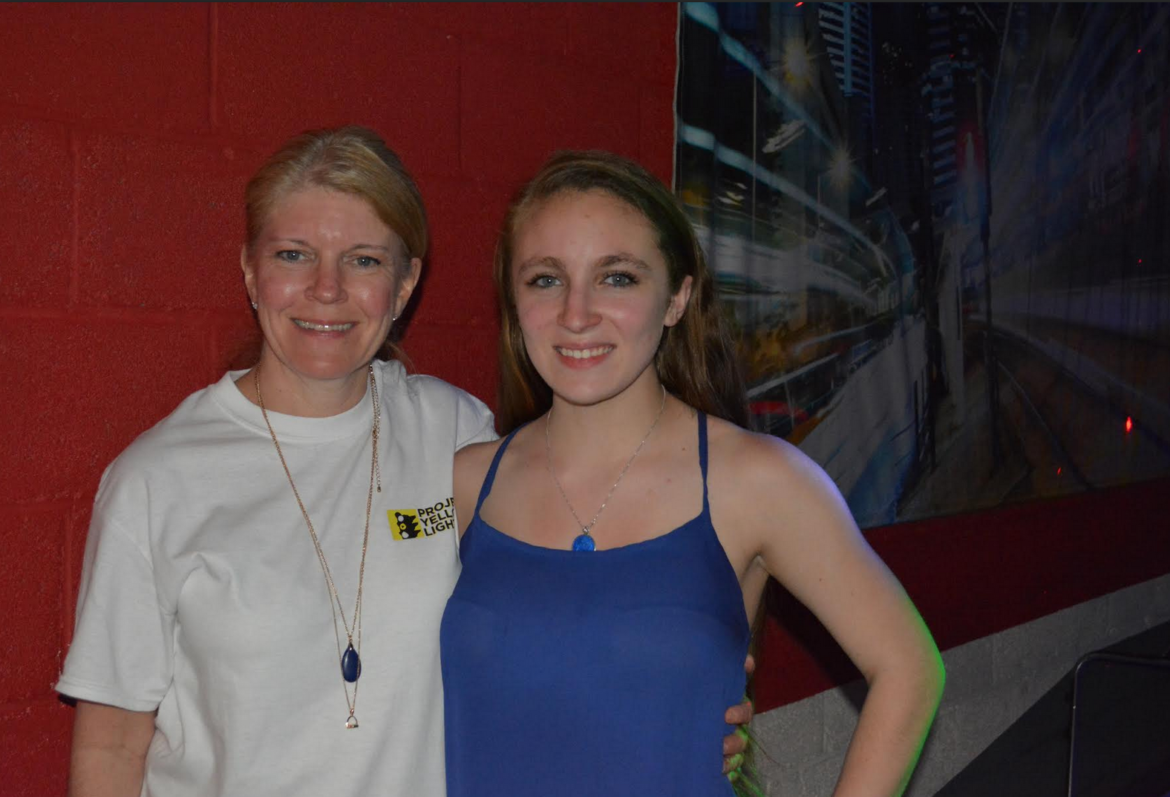 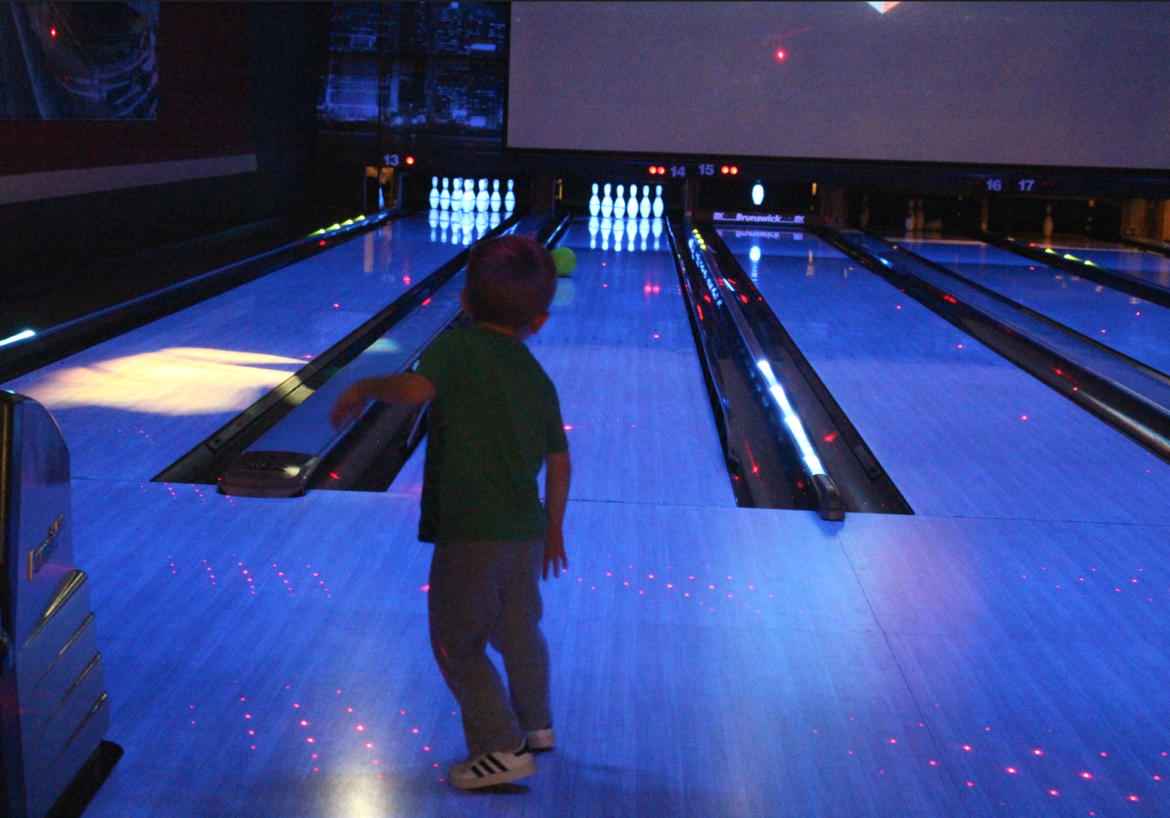 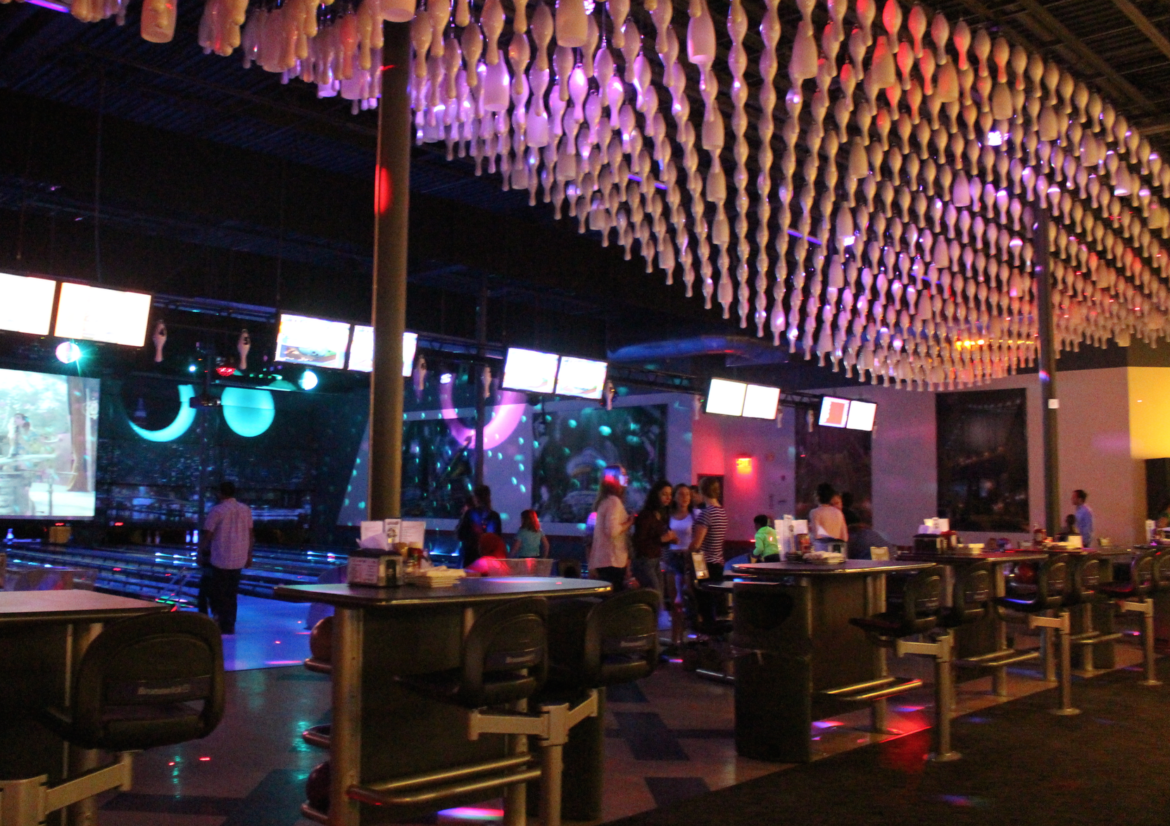