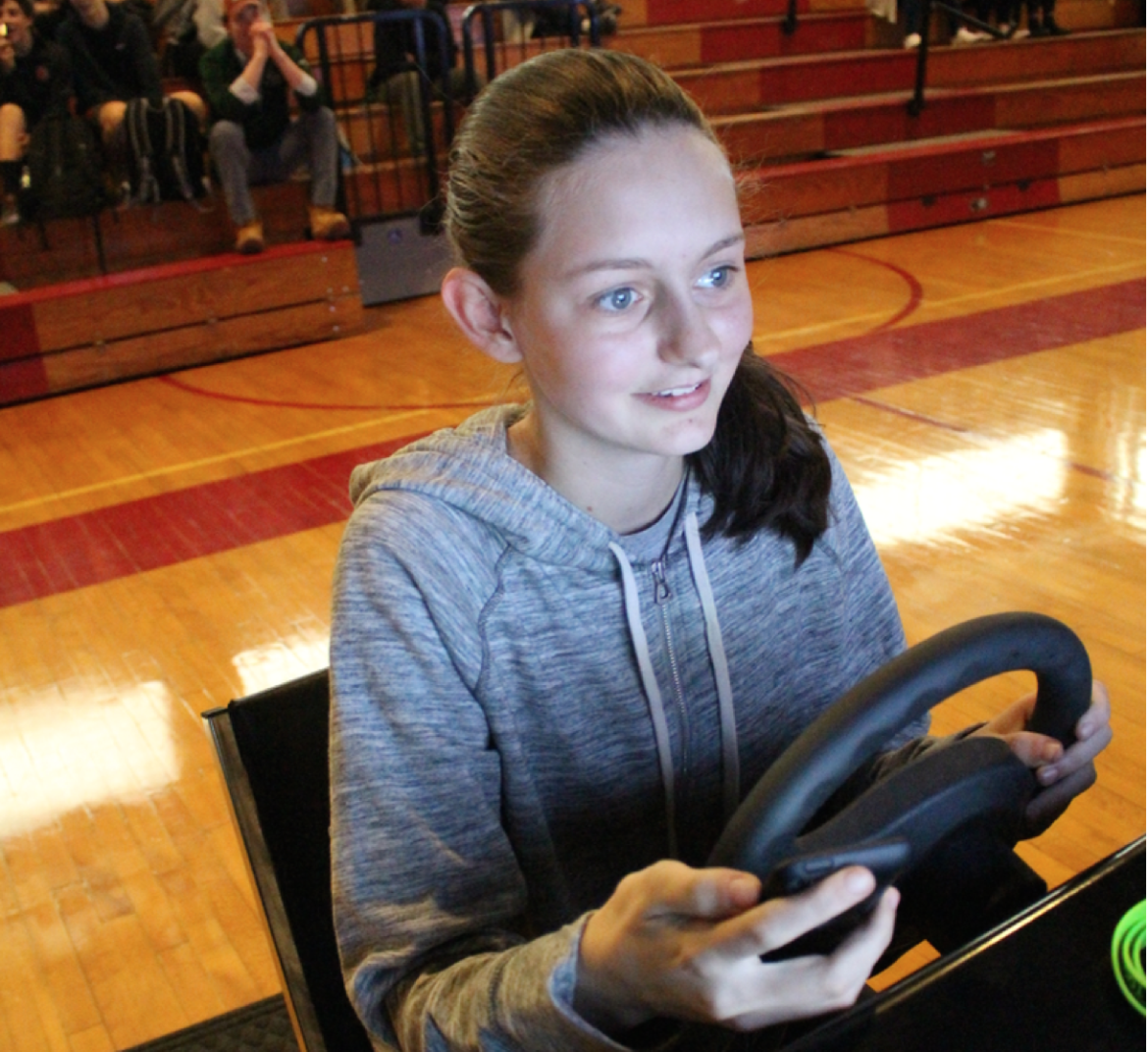 The Save a Life Tour made a stop at Greenwich High School on Thursday, and students got to experience the dire consequences of distracted driving and driving under the influence. The event included short documentary videos about victims of distracted driving, followed by the chance to get behind the simulated wheel of a car while receive real-time text messages.

Clay Martin and Trent Colby, from the Save a Life Tour, said they’d had bleachers full of students at GHS, 300-400 per block throughout the day, which is a typical day for the duo, who are based out of Michigan. Their job, exposing drivers of all ages to the perils of distracted driving and driving under the influence of alcohol or drugs, takes them everywhere from every high school in Connecticut, to military bases, every state in the US and 22 countries. 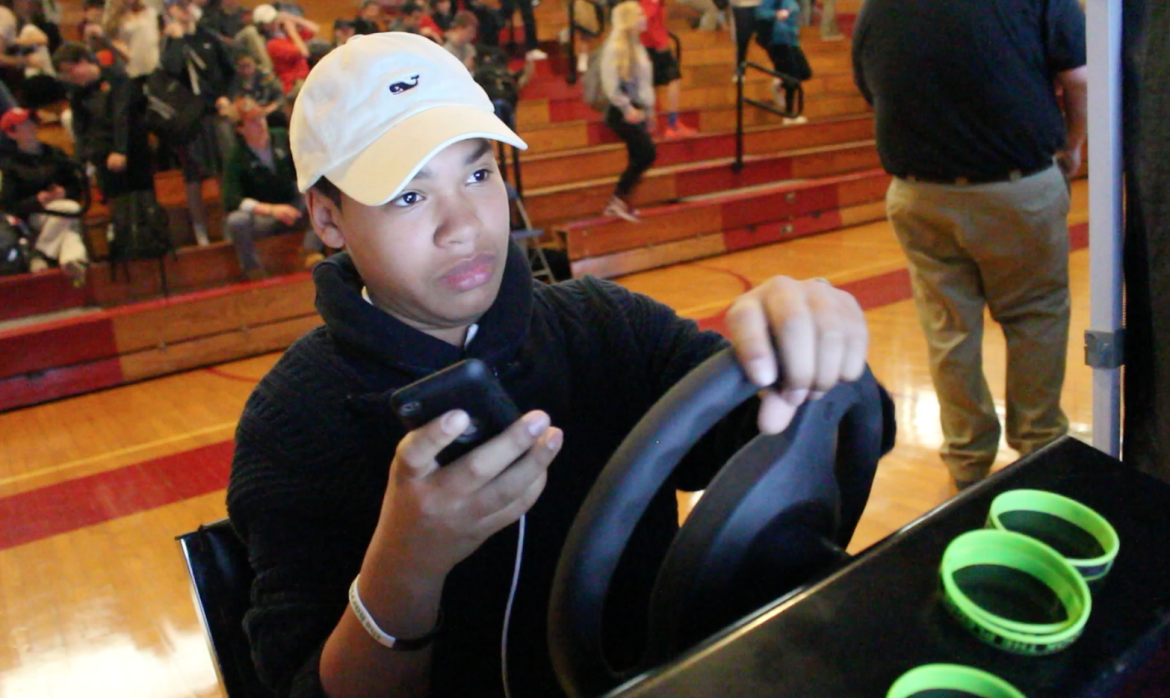 “Until you’re 25, the most likely cause of death is an automobile crash, and the vast majority of those crashes result from someone’s decision,” Clay said. 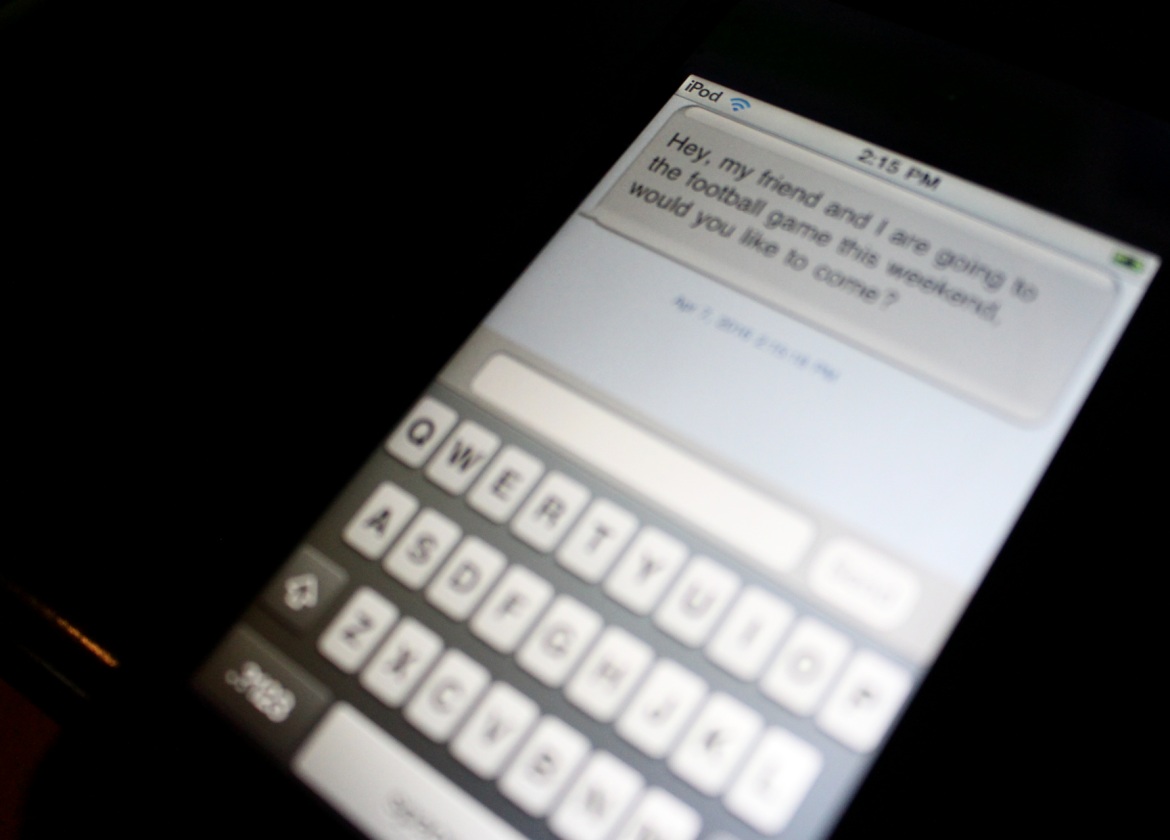 He urged the GHS teens to remember they have a choice every time they get in their car to take even a short or long journey. “None of this is news – everybody knows about these things. But the first thing and maybe only thing that might stop them is they’re worried about getting a ticket from the police, but I don’t consider them to be the consequence. I consider them a second chance.”

Clay and Trent played two video documentaries “From one Second to the Next,” which were powerful and set the stage for the simulated driving scenarios.

“Often it starts out with one text while you’re stopped at a red light,” Clay said. “Then the person texts you back a question and you find yourself replying. Right there you gave yourself permission… The next time you’re out at a party with friends …then day in and day out.”

Clay reminded the teens to consider all the numbers of people saved in their phones, people who care about them.

“And what about the other car?” he asked. “What about  all those other people with friends and family?”

Clay suggested that the Greenwich High School teens think about the hundreds of people they may pass on their way home, people with their own family and friend. 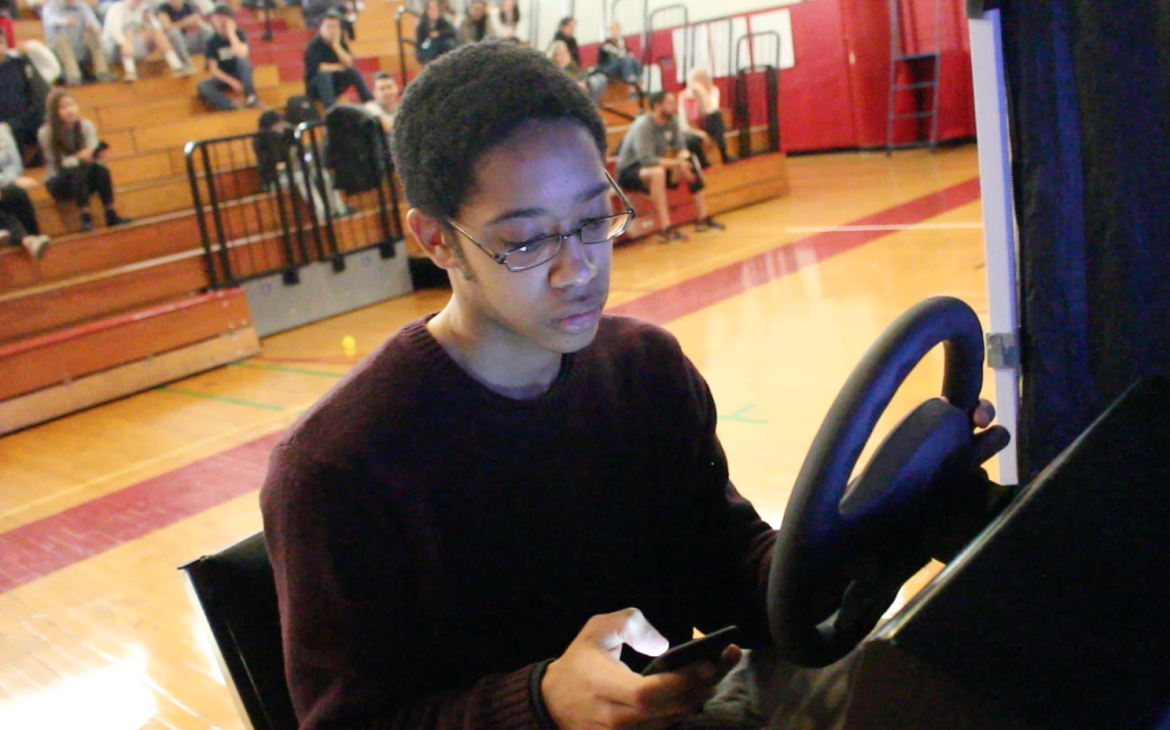 And the new issue raging across the country is driving under the influence of drugs.

April is Distracted Driving Awareness Month, and toward that end, a group of local teens are hosting a fundraiser at Grand Prix New York in Mt. Kisko for Project Yellow Light.  to raise awareness of the dangers of distracted driving.

At GHS, Maggie Montague is organizing teams for the fundraiser is working with boys from Brunswick and King School on a fundraiser to benefit Project Yellow Light. 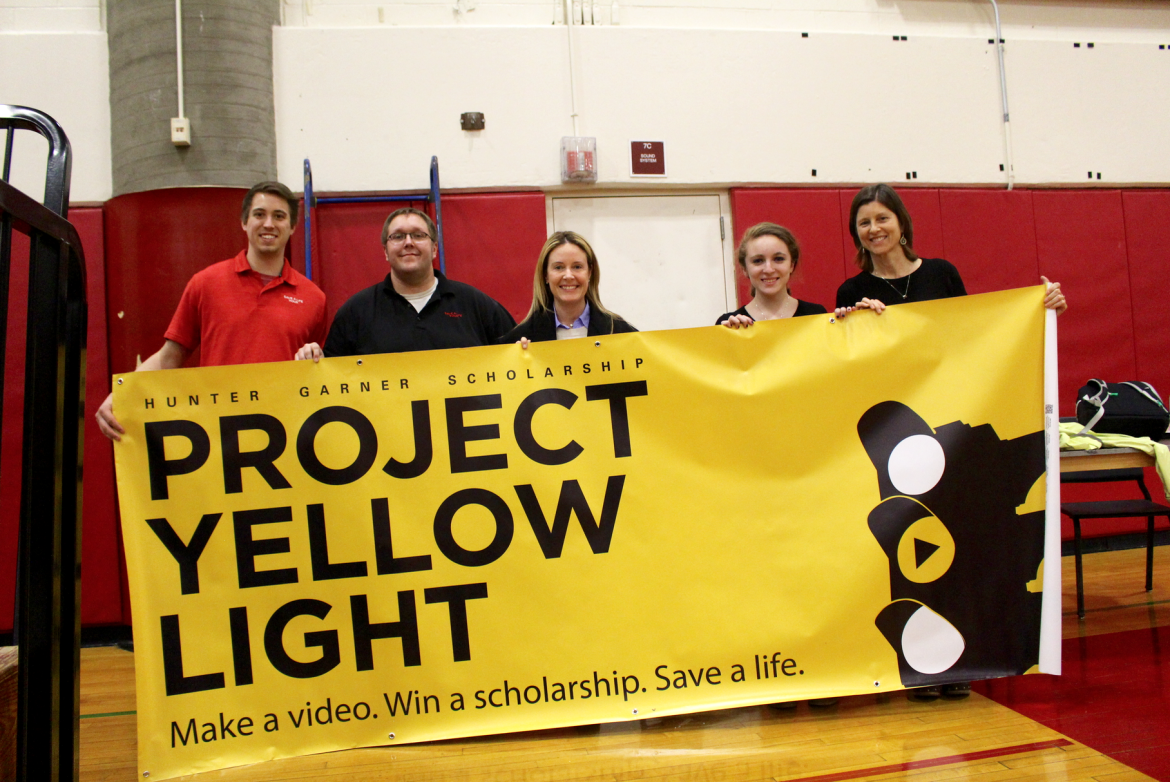 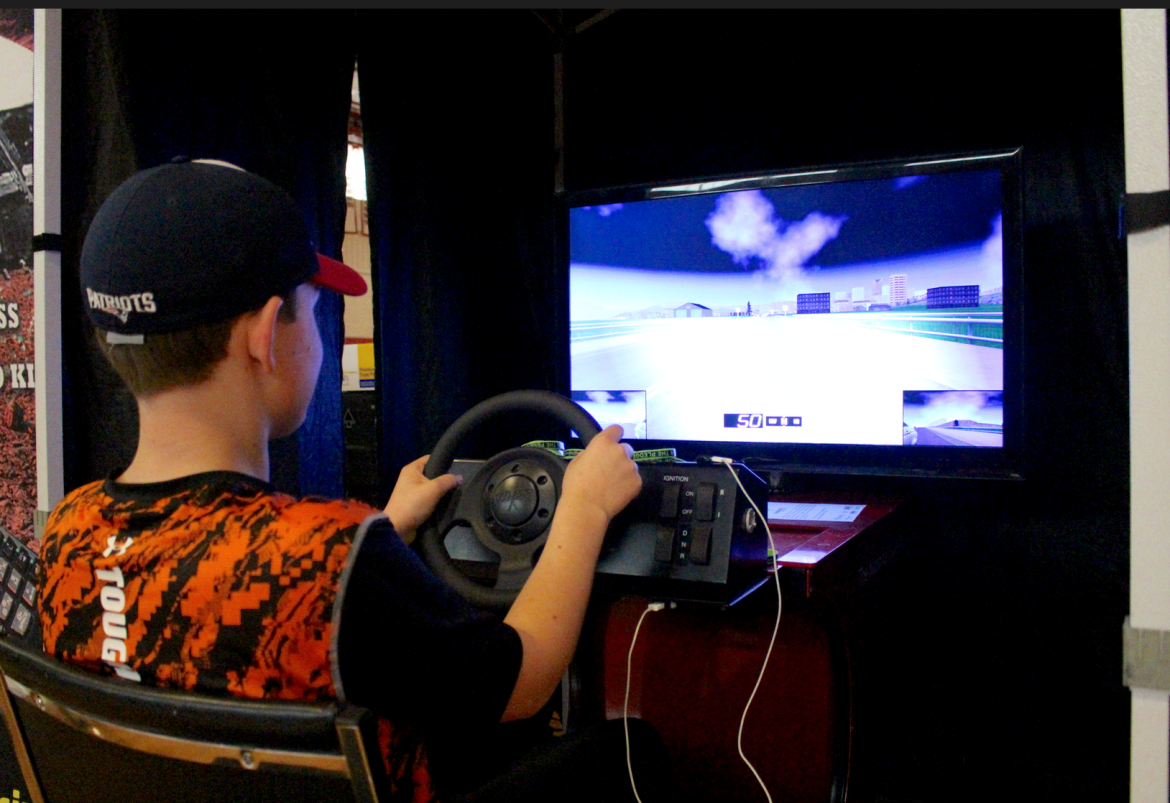 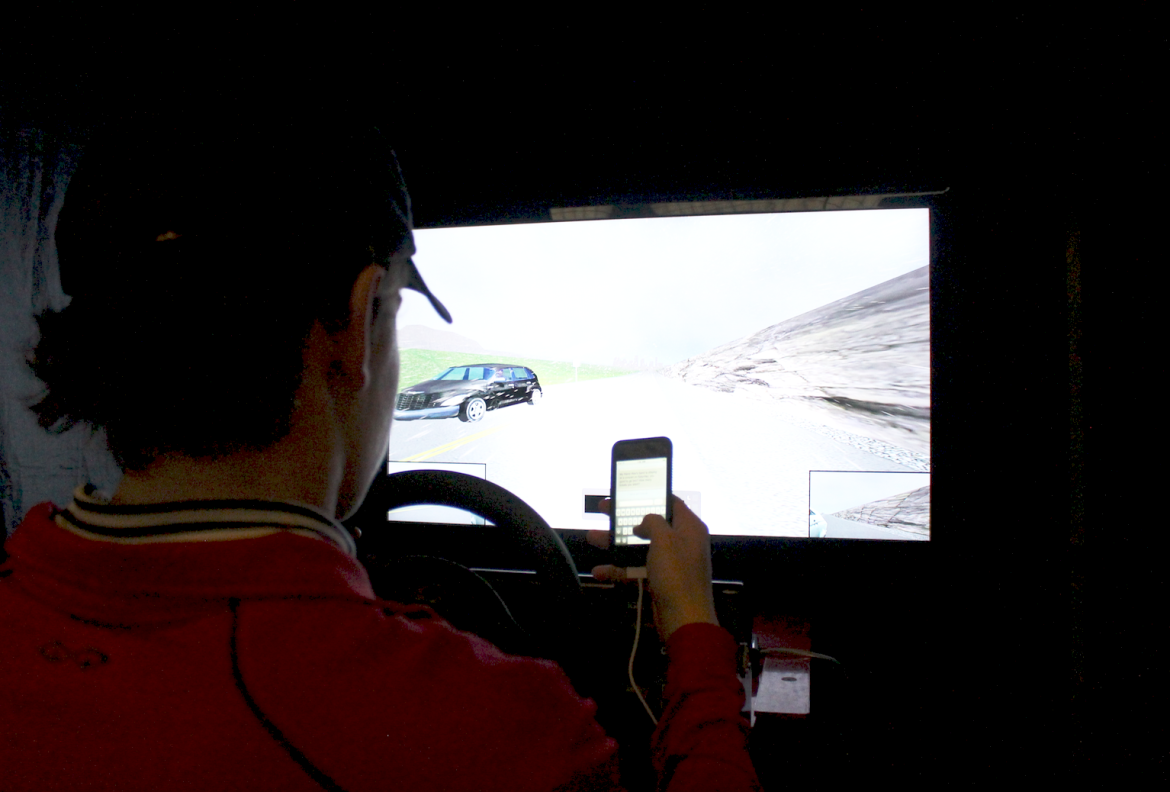 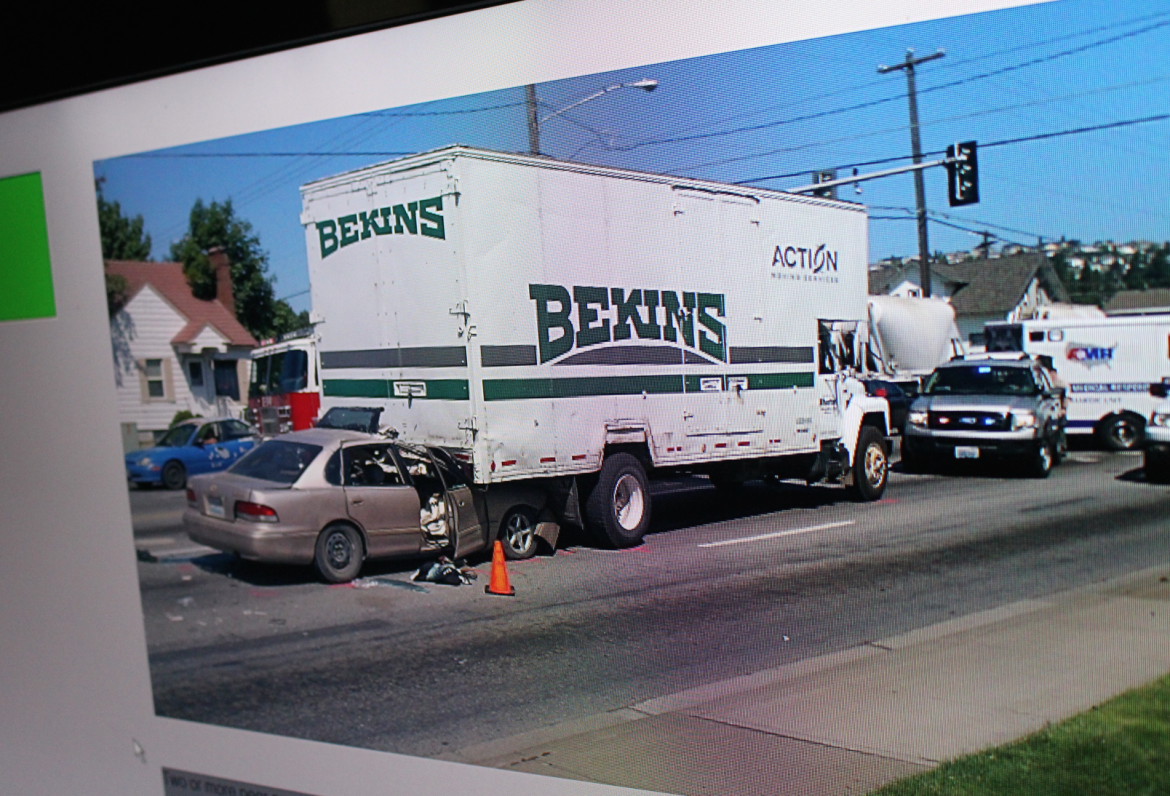 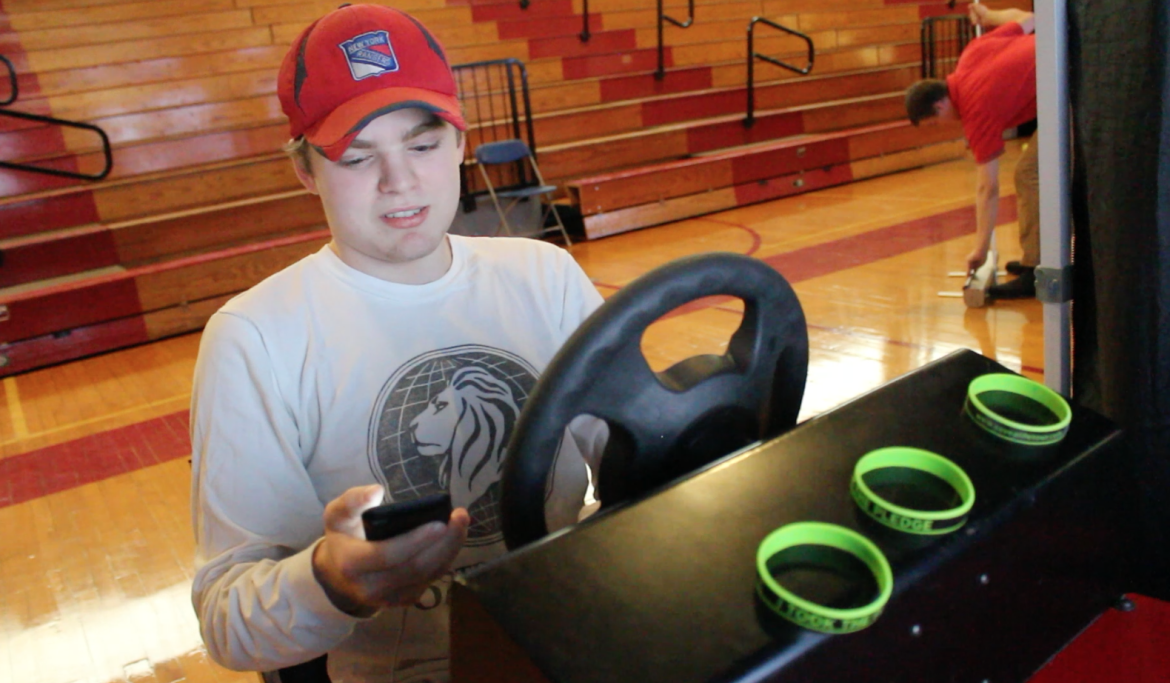 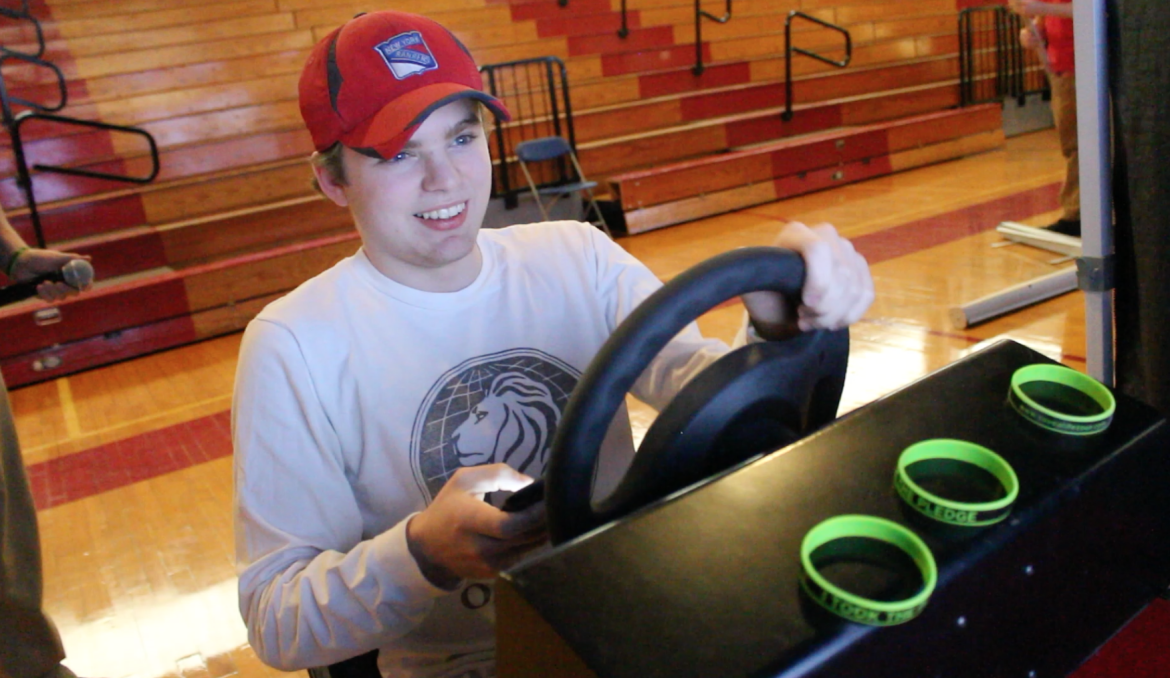 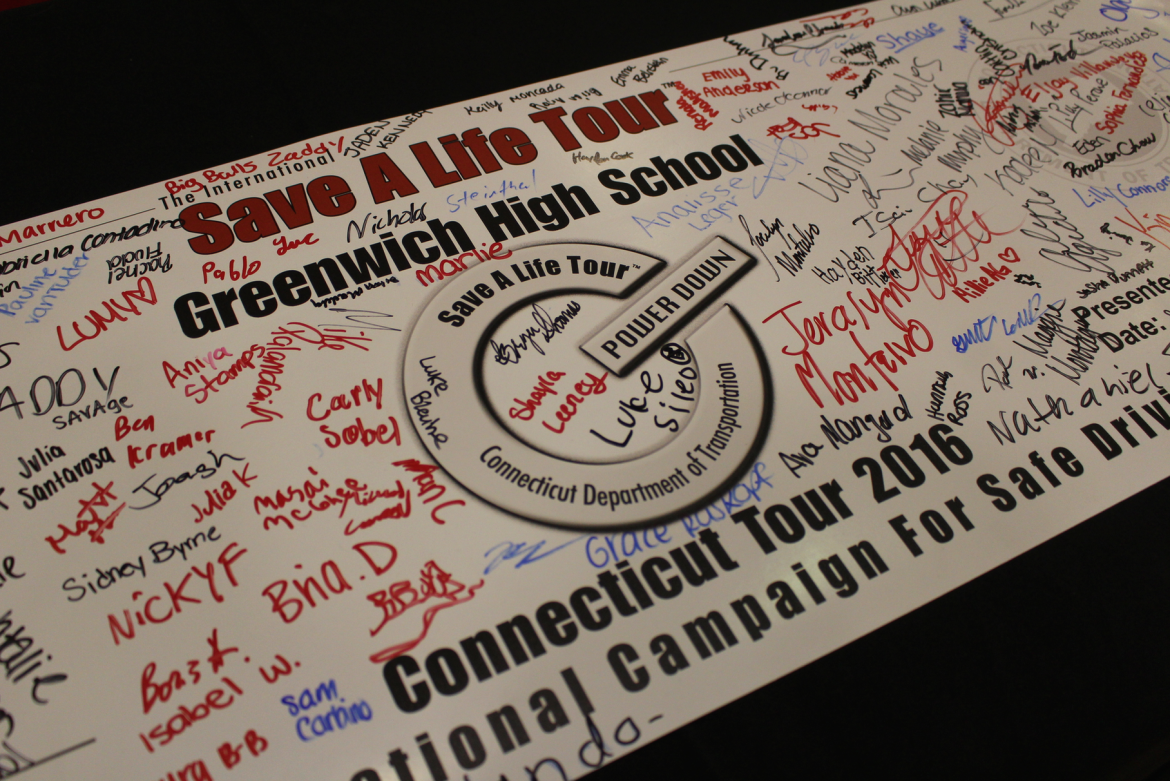 U Drive U Text U Pay, Greenwich. The Life You Save May be Your Own.