During Tuesday’s Planning & Zoning commission meeting, an application from the Board of Education for temporary lighting at Central Middle School, more questions were left unanswered than answered.

The BOE’s request was specifically for 6 portable 30′ high light poles operated by diesel generators from Monday to Friday from 3:45 pm to 7:00pm to illuminate a field at CMS for the Greenwich High School rugby team practices from late October thru Dec 8, and then again in early spring 2018. The lights would be taken down on a daily basis, and then stored between the late fall and spring.

Greenwich Schools superintendent Dr. Jill Gildea said GHS would like to move its boys Rugby teams to CMS for their 90 minute weekday practices. That would include freshmen, JV and Varsity teams who have been playing on Greenwich High School field #7 from 4:30pm to 6:00pm.

“Availability is our current issue,” she said. “As a town, we’re in need of an additional turf field with lights. We’re going to have to find locations where neighbors are comfortable with lights, or find some land to develop a true sports complex for the town.”

Gildea, who appeared before the commission with facilities director Daniel Watson, might have been joined by representatives of the BOE, GHS Athletics Dept, and administration but for an error in communication about the meeting date. All were under the understanding that the meeting was set for Thursday.

Gildea said the entire town – not just children – is very active. “We have to think long term, strategically as a town. …It’s a town issue, not just a school issue. In order to stay viable and moving.”

“If we could move the rugby teams over to Central, that would give us that field for different teams to slide in there,” Gildea said.

Though the request was to use the CMS field until 7:00pm, practices currently end at 6:00pm. Gildea explained that the extra time reflected the desire for a “little buffer.” She said they’d be happy to comply with a 6:30pm end time.

Gildea said the athletes would be picked up by their parents in the CMS parking lot.

Asked why the proposal was for six generators, Mr. Watson said that even with a muffler, it would be impossible to illuminate six lights with one generator.

“I don’t like rushing to decisions without all the information,” commissioner Andy Fox said. “We need specific numbers of students and specific sports.” Mr. Fox also asked for photometrics and decibel counts of the generators.

On a personal note, Mr. Fox said that driving through the neighborhood at 3:15pm, he had to take a significant detour to avoid the after school traffic.

Mr. Macri said his main concern was about safety during parent pick up.

There were multiple concerns expressed by neighbors about the safety.

Rosemarie Anner, who lives at the end of Coachlamp Lane, said the junctions at Indian Rock and Orchard and in Indian Rock and Stanwich Rd have become particularly dangerous.

“It’s a bottleneck,” she said, adding that there is a pathway that leads to the CMS field diamond. “I’ve lived on Coachlamp for 38 years and originally there were multiple no parking signs. Now parents park on Orchard and Coachlamp Lane to pick up kids coming from across the field. You cannot tell me parents won’t park on Orchard. It’s very dangerous,” she warned. 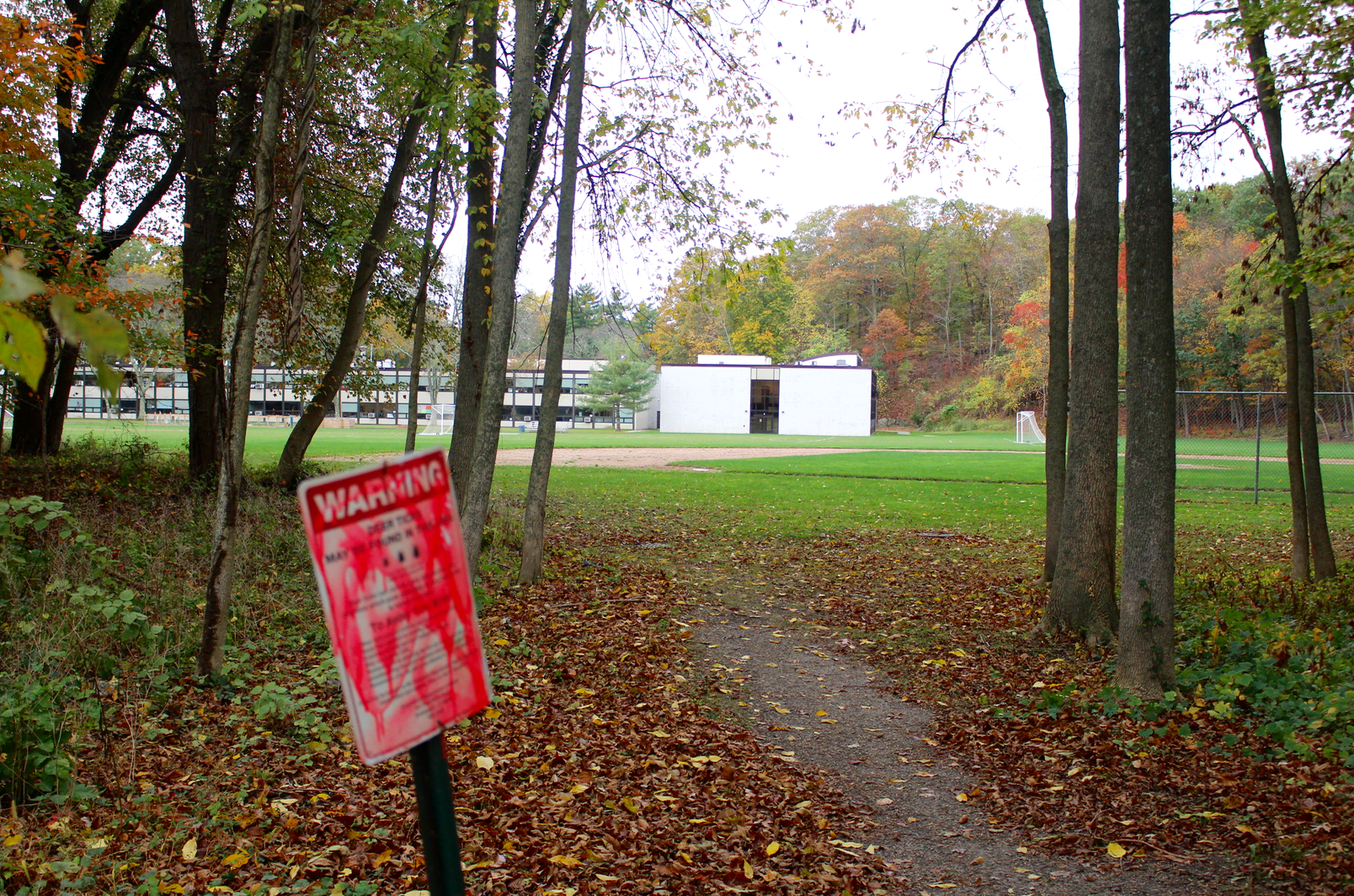 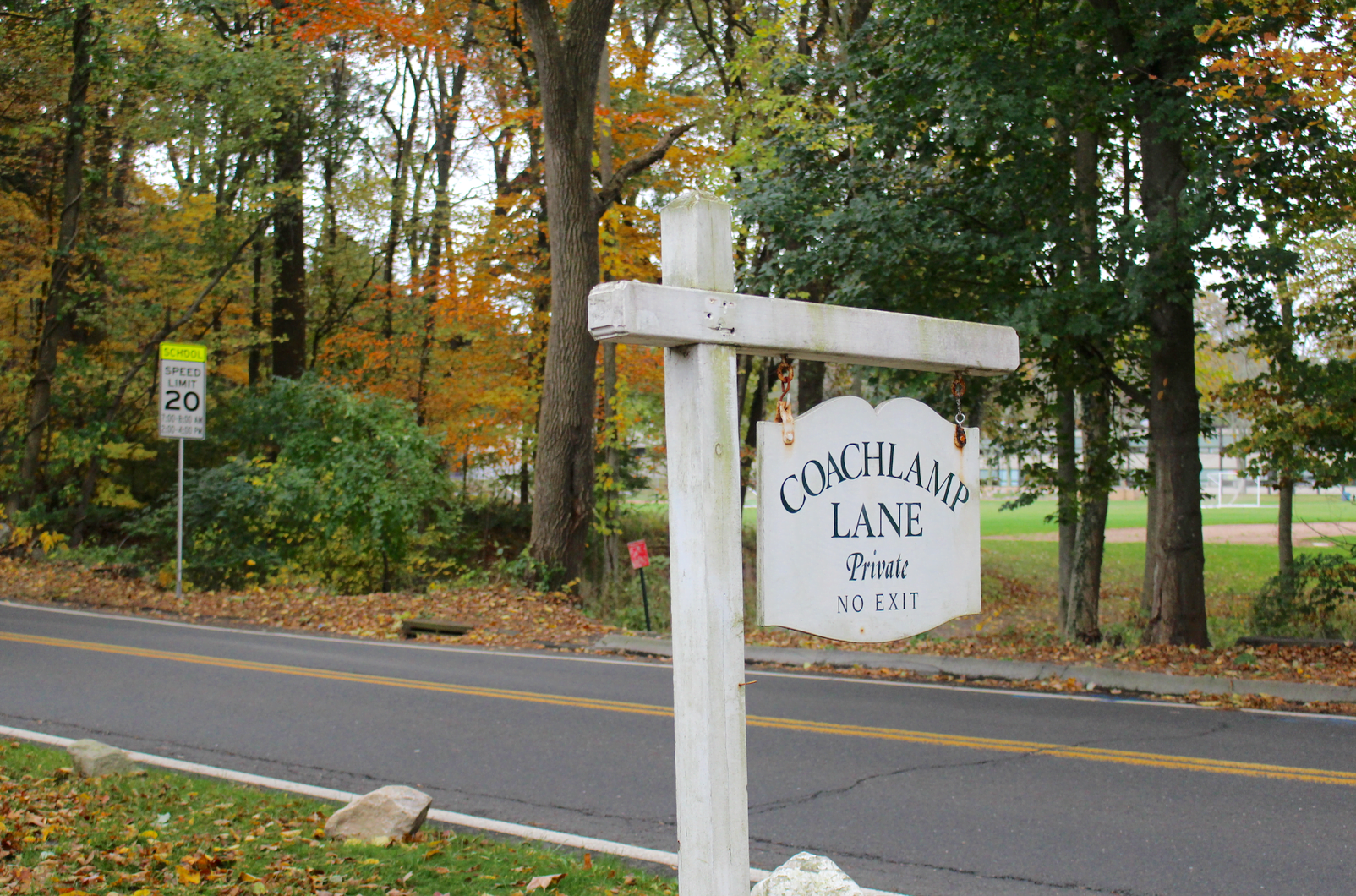 Anner said she was concerned the agreement would not be temporary. “The Board of Education has made a decision about start times without considering the ramifications, and now this neighborhood and these children will be impacted by the lack of foresight.”

Liane Tel said she stands at the corner and watches her child cross Orchard to CMS because cars speed by.

The speed limit is 20 mph during drop off and pick up times, and 25 mph otherwise. 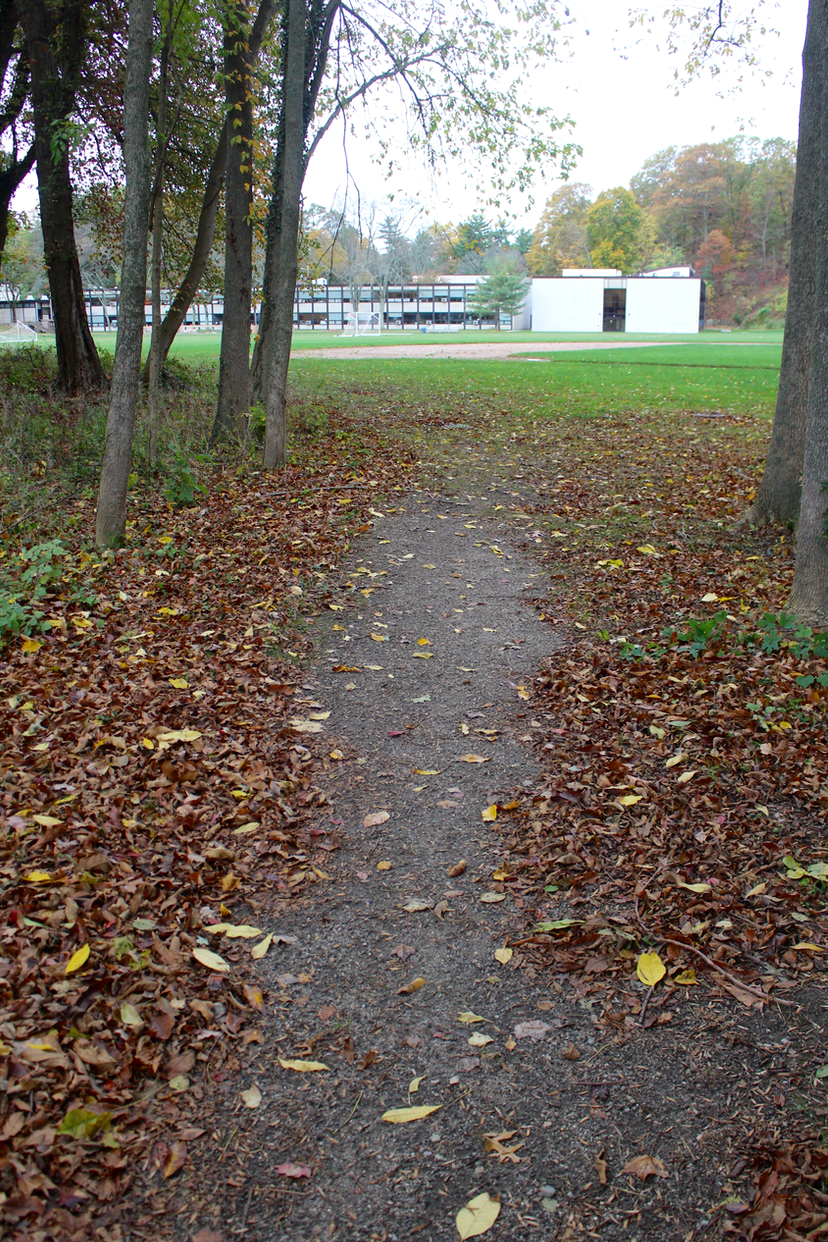 “I don’t feel like our neighborhood should have to suffer for a decision made by the BOE,” she said, adding that with all three rugby teams, she estimated 100 teens will be picked up after practice. She said that from her home, she sees students being picked up on Orchard after crossing the field and walking down the path.

Tom Ryan of 17 Coachlamp Lane said CMS is described on the town website as ‘nestled in the historic heart of Greenwich with its small town feel.’

“That small town feel is dissipating,” he said. “It can’t handle the traffic now. It’s treacherous.”

Mr. Ryan said parents already park with two wheels on the grass on Orchard Street or at the entrance at Coachlamp Lane.  He also said that diesel exhaust for 3 hours a day, 5 days a week, creates pollution and is a cancer risk.

“I don’t think it’s a good thing for student athletes, the students at the middle school, or the children in the neighborhood to have those generators there,” Ryan said. He also said he didn’t believe the arrangement would be temporary.

“One only needs to pay attention with what’s going on in this town. Look at how quick the board is to disavow their agreement at the high school,” he said. “That was an official agreement, yet as soon as it’s inconvenient they want to reopen that litigation. Why would any commission or member of the public take the board at its word that this is temporary? That would be naive. If you let them in, they’ll never leave.”

Brian Tunney of 221 Orchard Street pointed out that the fields at CMS fill with water after rainfall.

“Those are grass fields and they’ll be closed at least half of the time because of rain,” said Mr. Tunney, who also suspected the arrangement would become permanent. “I believe if you put them there, they’re going to stay.”

Tunney said that with three schools – Cos Cob, GHS and CMS – all dismissing within 15 minutes of each other, it took him 45 minutes to drive home from the Post Road, which he said normally takes five minutes.

Arthur Yee, a physician who graduated CMS in 1971, said traffic was always bad, but has gotten worse.

Dr. Yee said he and his wife live on Coachlamp Lane, but will not let their daughters walk to school. He said people disobey the stop sign at Orchard and Indian Rock Lane.

Yee said he was also concerned about exposing athletes to the diesel fumes. “Have there been efforts made to somehow juggle the schedule at the high school and make it work before imposing on our neighborhood and potentially exposing children to toxic fumes from diesel fuel?”

The superintendent and facilities director Daniel Watson agreed to provide several pieces of data and information in advance of the November 7 P&Z meeting.

They said they’d provide the existing schedule of practices and number of athletes who play on each field at GHS, proposed spring 2018 dates for use of the CMS field, the number of children who will arrive and leave practice, specific plans for pick up, and an agreement that no parents would pick up children on Orchard Street.

They agreed to furnish a photometric study to meet 6-153 and provide proof the generators will not exceed 55 decibels at the property line.

The P&Z commission also asked whether the path from the field to Orchard Street is illuminated, and requested environmental data on diesel exhaust to be generated and for alternatives to six generators, including extending power from the school, or running a single generator.

They also asked BOE to review the Safe Routes to School study from 2002.

The BOE was asked to evaluate “good neighbor solutions” for the future and provide a contingency plan after rainfall renders the field unplayable.

Lastly, the P&Z commissioners asked whether the Municipal Improvement is consistent with the POCD.

The item is slated to return to the P&Z commission on November 7.