The Parks & Rec board held its monthly meeting at the Greenwich Boat and Yacht Club, which is one of the four town yacht clubs that lease property from Greenwich.

The meeting featured the marinas and ferries report from Jeff Freidag, Superintendent of Marine Facilities & Operations.

Mr. Freidag introduced Brian Kerzner, the new Operations Manager – Boats and Harbors with the Marine & Facility Operations Division. Mr. Kerzner, who joined Parks & Rec about a month ago, has a diverse background in the marine industry from marine insurance to tugboat operations.  In his most recent position, Brian worked as the Assistant Waterfront Manager at the Riverside Yacht Club.

Mr. Freidag shared some marina stats: There were 316 vessels were stored over the winter. Marinas opened as scheduled this year on April 15. The town issued approx 1,400 use permits were issued. There were 470 slips, 380 racks, 100 launch permits – 3 of which are non-resident – and 52 dry sail vessels stored on town property.

“We posted one vessel this winter for past-due payments using the new DEEP website,” which Freidag described as a very effective tool. “We actually recovered all the fees owed over the past three years.”

Freidag reported that DEEP approved the town’s application for a new launching ramp in Cos Cob, where the Mianus marina is full. “The north dock seems to be a favorite of boaters. Two years it was an empty facility,” he said. “Now it is completely full with a waiting list.” Mr. Freidag attributed the new popularity to anticipation of the new facility and dredge.

Finger pier upgrades in Byram have continued, where there is no waiting list. Freidag said 19 finger piers have been installed, with work completed just last week. The work involved old pilings and old cable system being removed.

At Greenwich Pt there were no major improvements during the off-season.

Mr. Freidag said the marina at Grass Island is full, and there is a waiting list of 45 boats for the 20 ft fingers, and 92 boats waiting for the larger fingers.

He suggested investigating the expansion of the Grass Island facility, but there might be upland issues, including adequate parking and infrastructure. “If we did, we’d definitely fill the entire expansion, and it would pay for itself in three to five years.”

Asked whether Greenwich rates are too low, Freidag said that last year slip rates were raised $50 — from $650 to $700. “We got some rumbles about that,” he said.

All the summer boat crew jobs for the town ferry boats – 9 or 10 people – were filled earlier this spring. 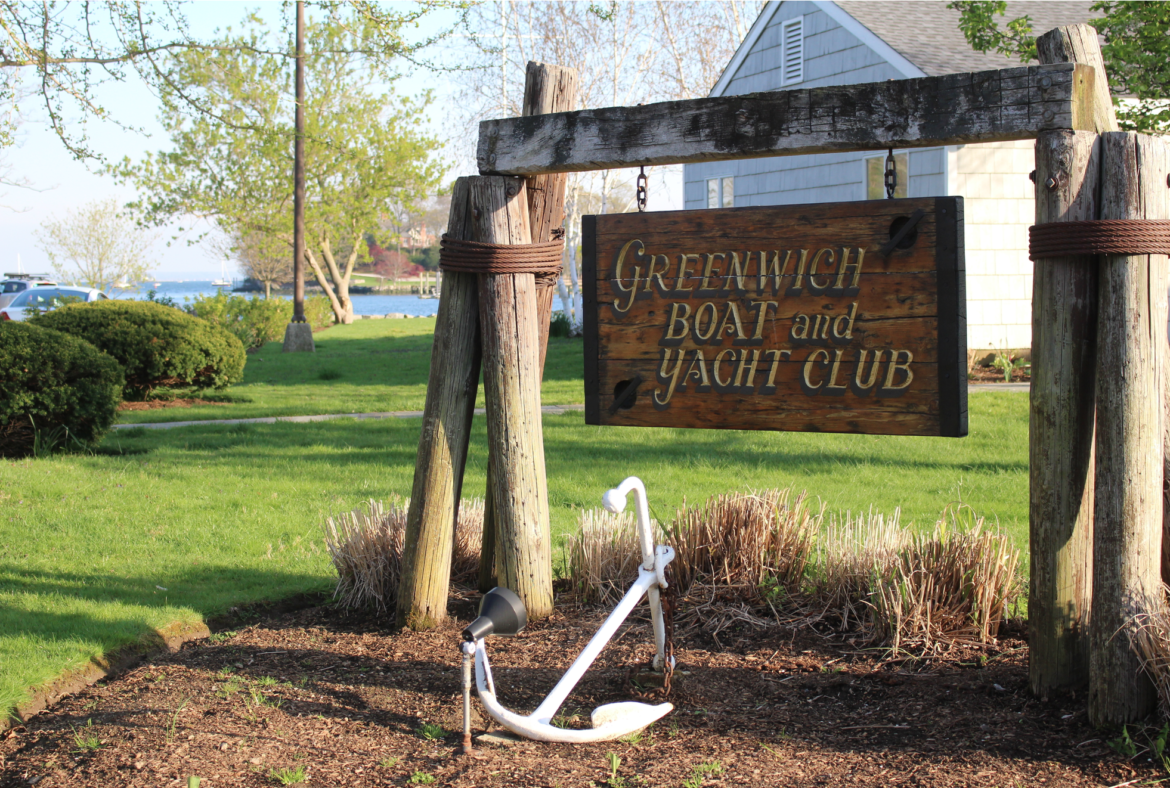