Seventeen Greenwich High School students were recognized for their performance, representing the most successful showing the school’s club has had at this event.

Student delegates are eligible for several tiers of recognition during their participation in the program. These include, in order of prestige: BEST, denoting a top delegate or partner pair in the committee; OUTSTANDING, usually awarded to two delegates or pairs; HONORABLE, generally given to between three or four delegates or pairs; DIPLOMATIC, given to students who were just outside the cusp of an official award.

Prior to the award ceremony I was already incredibly proud of the GHS Model UN team,” said Greenwich High School History Teacher and Model UN Club Advisor Ian Tiedemann in a release from the school  district. “They are hard-working, collaborative and responsible students. They also care for one another and promote an inclusive team mentality. Having so many students recognized for their performance at Harvard was a well-deserved conclusion to a learning experience that began several months ago.”

Below is a list of Greenwich High School students, their award designation, their assigned assembly or committee and the topic for which they were recognized: 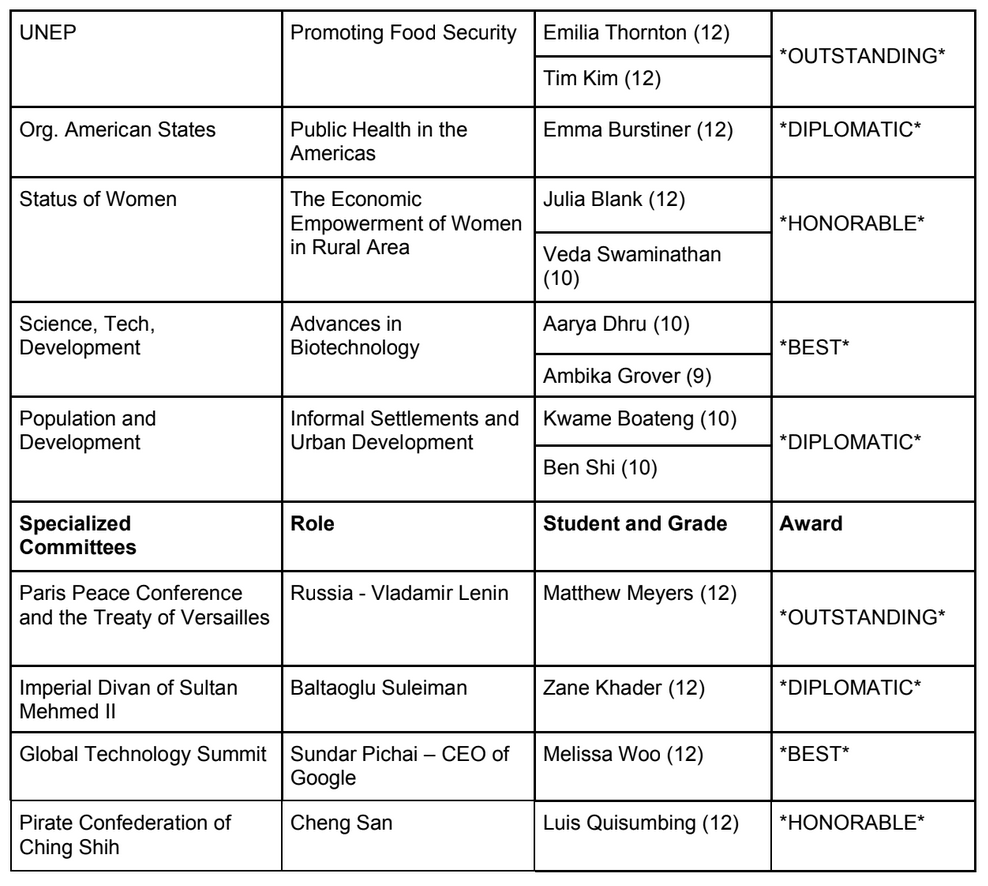 The sixty-seventh session of Harvard Model United Nations was held from Thursday, January 30, to Sunday, February 2, 2020. According to the program, more than 4,000 high school delegates and their faculty advisors gathered to address some of the world’s most pressing challenges.

With the help of a staff of over 230 Harvard University undergraduates, delegates were asked to step into the role of international decision makers, negotiate on major international crises, and craft innovative policy solutions.

Every year, Harvard MUN attracts some of the most promising young leaders from around the world. At the sixty-sixth session, delegates hailed from over 57 countries—making HMUN the largest and one of the most international high school model UN conferences in the world.