The conference took place in the center of downtown Boston and attracted over 3,300 high school delegates and their faculty advisors hailing from nations all over the world.

“This year’s HMUN was a great all-around conference experience. Meeting kids from all around the world in both a competitive and collaborative environment was definitely fulfilling,” said GHS MUN Vice President of General Assembly Julia Blank.

At the conference, GHS students represented the nations Russia and Kuwait, along with other specialized characters, while debating and discussing topics ranging from “Corporate Accountability in Developing Nations” to“The Impact of Trade Wars on East Asia.”

“A great thing about MUN is that regardless of how long you’ve been doing it, there’s always something to learn,” said sophomore Wyatt Radzin.

At the HMUN Conference, many older students chose to work with a younger or inexperienced student in order to help mentor the new delegates. Wyatt Radzin, a veteran Model UN member, worked with freshman Veda Swaminathan during this conference.

“My first year, I focused mostly on the basics: speaking and writing skills. Now, I have the opportunity to refine these abilities and teach newer members what I learned last year,” explained Wyatt. 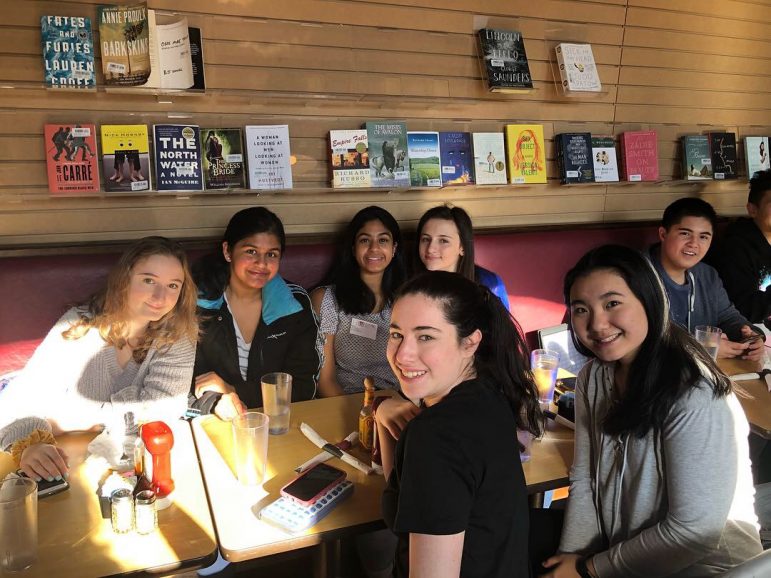 “The success of so many freshmen and new members–for many of whom it was their first conference–at one of the most challenging MUN conferences in the nation proves that GHS MUN’s future keeps getting brighter and brighter,” noted GHS MUN President Akshay Joglekar.

The group that Greenwich High School brought to the Harvard Model UN Conference was one of the largest groups that GHS had brought to Boston in the past few years. Based on student anecdotes and the number of awards won by the group, many considered the conference a resounding success.

“The HMUN experience was a testament to our team’s growth over the last few years. This was the largest delegation that we have ever brought to Harvard, and I’m told one of the bigger teams at the conference … All of the students deserve credit for their positive engagement throughout the weekend,” said GHS MUN faculty adviser Ian Tiedemann. 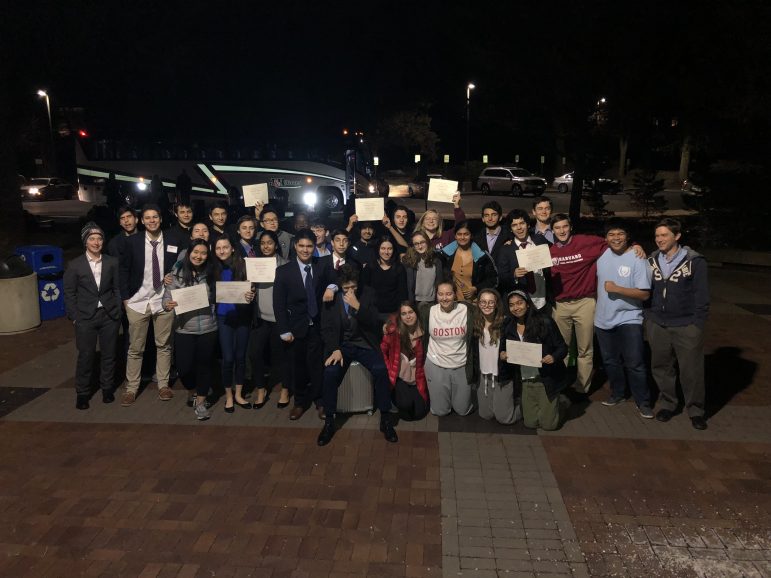 GHS Delegation poses for a team photo after the conference.