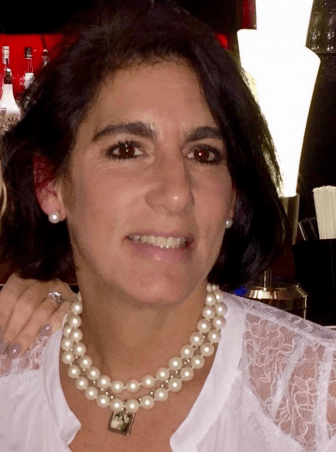 Bonnie Bancroft, 56, passed away on February 5, 2020, after a valiant 11-month battle with pancreatic cancer.

Bonnie was born June 5, 1963, to Rae and Marshall Winokur in Chicago, Illinois. She grew up in Evanston, Illinois, and attended Evanston Township High School, where she excelled on the debate team and on the swim team as a sprinter in freestyle and breaststroke.

Bonnie graduated from Lehigh University in 1985 with a degree in Foreign Careers – a program that combined management and a foreign language (Bonnie was fluent in French) which helped her land jobs with couturier Jean Patou and Rail Europe (SNCF).

Bonnie met Thomas Edward (Ned) Bancroft while at Lehigh, and after marrying in Bermuda in 1989, they returned to Lehigh for MBAs in 1990.

Bonnie and Ned chose to settle in Greenwich, Connecticut, mostly because there were public platform tennis courts, of which they are avid players, as well as many other sports.

After a corporate career and having four children, Bonnie and a friend formed a public relations partnership that catered largely to non-profit clients as well as working on many author events where she excelled in promoting programs with such world and literary luminaries as Henry Kissinger, Barbara Bush, Caroline Kennedy, Stephen King, and many others. Bonnie was also recruited to provide marketing support to many of the children’s sports leagues and the Greenwich public schools.

In the year prior to her illness, Bonnie worked at First Church Preschool. She was a tireless volunteer and worked on several charities, the latest being RAMP, which aims to reduce hunger and poverty in one of the poorest counties in the nation, Martin County, Kentucky. With RAMP Kids, Bonnie shepherded middle and high school students to raise funds to provide food and supplies for the food insecure in Kentucky.

Bonnie was on the board of one of the local youth football teams and organized the Eastern Middle School and Greenwich High School squash programs. She is survived by her Mother Rae Winokur, her beloved husband Ned Bancroft, and children Nicholas, Winifred, Cornelius, and Auggie, and a large extended family on her husband’s side.

A celebration of life will be held at 10:00am on Saturday, February 29, 2020, at First Church in Old Greenwich, Connecticut, with a reception following.

In lieu of flowers, Bonnie would ask that you pay it forward with a kind deed to anyone in need of help or donate to RAMP at rampamerica.org.