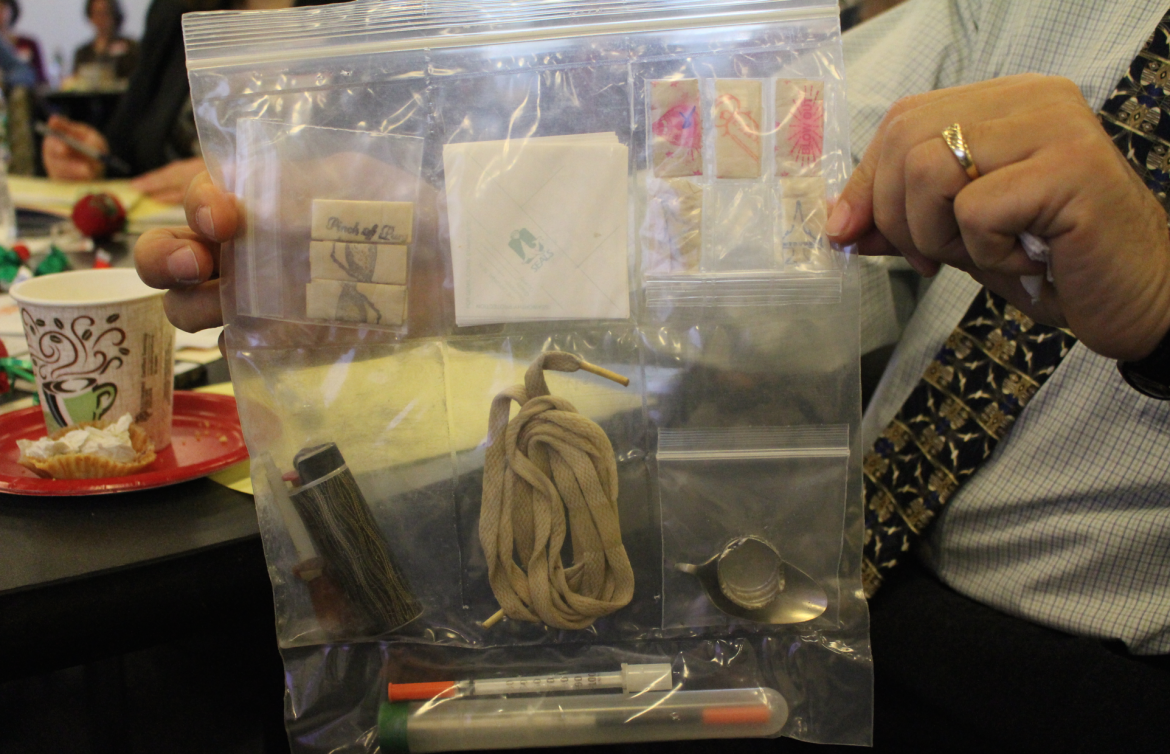 On Wednesday a statewide initiative targeting narcotics dealers who distribute heroin, fentanyl or opioids that cause death or serious injury to users was announced.

Beginning in January 2016, the DEA’s New Haven Tactical Diversion Squad, state and local police, and a team of prosecutors from the U.S. Attorney’s Office, have investigated approximately 20 heroin and opioid overdoses that have occurred in Connecticut.

Most of the overdoses have resulted in death.  Currently, there are ongoing investigations of overdoses that occurred in Danbury, Derby, Enfield, Greenwich, Middletown, Newtown, New Haven, Norwalk, Norwich, Shelton, Stamford, Vernon, Weston, Willimantic and Woodbridge.

As part of this initiative, which was announced by United States Attorney Deirdre M. Daly, Deputy Chief State’s Attorney Leonard C. Boyle and Special Agent in Charge Michael J. Ferguson of the Drug Enforcement Administration, the U.S. Attorney’s Office and DEA have developed a protocol for police that respond to heroin and opioid overdose deaths.

The protocol calls for local law enforcement to perform time-sensitive investigative techniques and preserve all evidence at the scene of an overdose death.  Police also are asked to contact DEA at the early stages of an investigation, and ensure that an autopsy of the decedent is performed.  The DEA and local police will then jointly investigate to determine the events leading up to the death, the source of the drug involved, and the composition of the drug.  Individuals responsible for distributing drugs causing overdose deaths will be prosecuted.

“We are combatting a tragic opioid epidemic that is plaguing Connecticut and much of the country,” said U.S. Attorney Daly.  “Deaths caused by heroin or prescription opioids have devastated hundreds of families from every corner of our state.  This statewide initiative will enable law enforcement to quickly determine if a highly toxic drug is on the street and take steps to identify the source of the drug in order to keep it out of the hands of vulnerable users.”

To date, the initiative has resulted in federal charges against

As part of this statewide initiative, on April 8, 2016, the DEA and U.S. Attorney’s Office received funding from two sources for heroin and opioid overdose investigations.

Second, in support of the statewide heroin initiative, the DEA received funding under the National Heroin Strategic Initiative.

This funding is being used to pay overtime, purchase equipment, fund training, and assist in the investigation of seized cellular telephones.

U.S. Attorney Daly noted that the U.S. Attorney’s Office also continues to work with the DEA, FBI, HSI and other federal, state and local law enforcement to target high volume heroin and oxycodone trafficking organizations.  On March 2, 2016, a federal grand jury in Hartford returned an indictment charging a Hartford grocery store owner and two associates with trafficking heroin.  During the investigation, investigators seized more than 20 kilograms of heroin destined for Connecticut and approximately $900,000 in cash.

In another ongoing investigation, 11 New Haven-area residents were recently charged with conspiring to steal the personal identification information of over 50 doctors and medical professionals in order to create fraudulent prescriptions to obtain and distribute more than 100,000 oxycodone pills.

In addition, the U.S. Attorney’s Office continues to prioritize the prosecution of medical professionals who prescribe prescription narcotics outside the scope of accepted medical practice. On November 4, 2015, John Katsetos, a doctor who practiced medicine for more than 20 years in Stamford and Milford was sentenced to 84 months in prison. The investigation revealed that from November 2011 to October 2013, Dr. Katsetos authorized more than two million dosage units of Schedule II through IV controlled substances to more than 2000 patients. His conduct created opioid addictions in dozens of patients, led to the overdose death of a New York woman, and supplied individuals with a vast quantity of prescription pills that they illegally distributed to others.

“While policy makers and mental health officials, with our full support, work to address issues aimed at lessening the demand for illegal opioids, we in law enforcement will continue to marshal resources to address the supply side of the equation,” said U.S. Attorney Daly. “We will tirelessly investigate and disrupt the activities of heroin traffickers and prescription pill distributors who put profit above public health and safety.”

U.S. Attorney Daly stressed that charges are only allegations and not evidence of guilt.  Each defendant is presumed innocent unless and until proven guilty beyond a reasonable doubt.

Heroin in Greenwich? The Elephant in the Room