The opioid epidemic was discussed at length at the annual Communities 4 Action legislative forum on Monday morning. 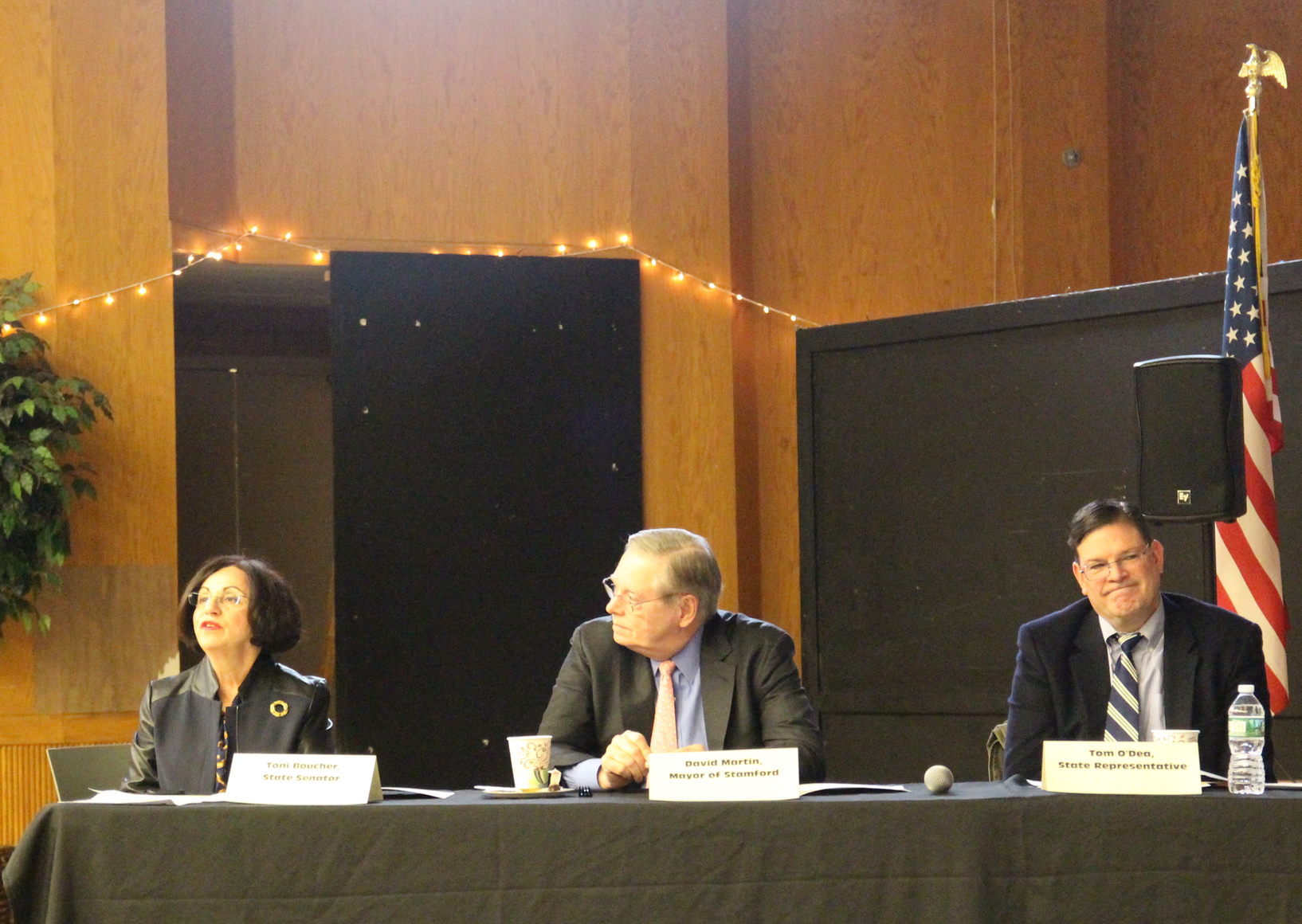 Moderator Stephanie Paulmeno said the number of overdoses and deaths is staggering.

“More people have died of opioid overdoses than died  during the entire Vietnam War,” she said.

In Ohio it has twice become necessary to  rent refrigerated trailers to accommodate the number of people who died from opioid overdoses.

A corollary to the rise in opioid abuse is the rise in accidental poisonings of children, not just of opioids, but also the drugs being used to treat the addictions. The drugs are often coming out of medicine cabinets of friends and relatives.

Paulmeno said that as opioid abuse has grown explosively, so too has the use of Narcan, which reverses an opioid overdose. Narcan is being administered through ambulances, fire and police departments.

One suggestion to legislators was to install talking nasal Narcan dose dispensers called “Naloxboxes,” wherever AEDs are not located.

It was pointed out that it’s more likely to find a person in the throes of an opioid overdose than in cardiac arrest. Still, Terrie Wood suggested most overdoses happen in homes or at social gatherings. 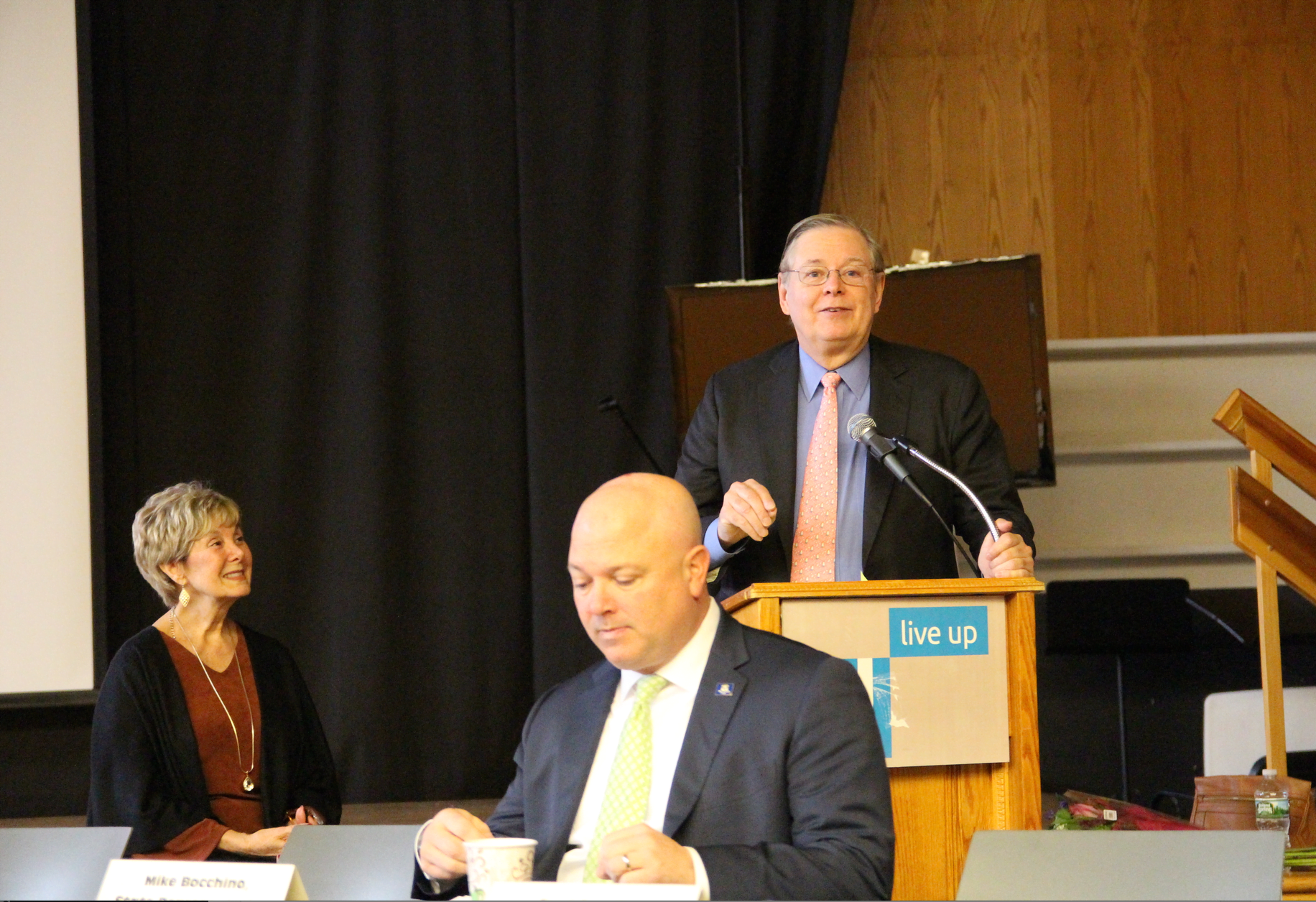 Mayor David Martin suggested that an creeping malaise in the US has contributed to the opioid crisis. Dec 18, 2017 Photo: Leslie Yager

“We don’t have a handle about why there is such a demand,” said moderator Stephanie Paulmeno.

Reasons for Drug Use: Hopelessness, Concentration of Wealth, Social Mobility

Stamford Mayor Martin, who said he carries Narcan in his car, ventured a guess.

“This explosion, this accelerated crisis in the past 5 to 10 years, what caused it? There has been no loosening of FDA regulations. I don’t think the law enforcement agencies have gone on holiday,” the mayor said.

“After the huge financial collapse in 2008, the recovery has been all in the top 1%,” the mayor said, adding that the increased concentration of wealth and loss of social mobility have resulted in a sense of hopelessness.  “I think there is an underlying malaise causing people to turn toward drugs as a way to escape the situation.”

Mayor Martin apologized for bringing up politics, but pointed a finger at the bill to overhaul the federal tax code tax, which he said will exacerbate income inequality in

“‘I don’t have a future and don’t think my kids will be better off than me,'” Mayor Martin said people’s reason for hopelessness. “‘And I’m uncertain about my job.’ Many  baby boomers are approaching retirement with no savings.”

“I’m concerned about the proposed tax bill. I think it makes our society worse,” Mayor Martin said. “The loss of hope and concentration of wealth is causing people to turn away from productive activities and toward things like opioids. This is our root cause.”

State Senator Toni Boucher acknowledged Mayor Martin’s hypothesis. “We need to look at why people turn to drugs and alcohol for euphoria they don’t get in their daily activities,” she said.

But Boucher also pointed a finger at “complicit pharmaceutical companies” and the “unraveling of some strong laws against illicit drugs.”

Also, Boucher said, “We’ve been told by many doctors that as you reduce the perception of harm, usage goes through the roof.”

She said addiction is high among doctors and nurses, which she attributes to access. Also, she said, it’s easy to divert drugs that nobody is monitoring in the home and that control of medications in people’s homes could make a difference.

“Hospice has a requirement people giving medications have to be educated on safe storage of medications,” Paulmeno continued. “Your lowest wage earners are in an unsupervised setting, and the street value is $100 per milligram for an opioid on the street.”

Five suggestions were made to the legislators and responses were positive.

One suggestion was to add drug overdoses to the list of required reportable diseases.

“It seems inconsistent that this data is not reportable, but Tetanus and carbon monoxide are.”

Knauf said that with reportable data for individuals, it would be possible, for example, to track whether a person is overdosing multiple times.

“You still have to respect the rights of the patients going into the hospital,” said State Rep Mike Bocchino, who was concerned about privacy issues.

“We need to cut the head of the snake off right now,” Bocchino said, adding that he would support age appropriate education about the dangers of opioids beginning at a very young age.

On the topic of packaging opioids in blister packs, Terrie Wood said she introduced legislation last year to require blister packs. “I suspect we will get that into a statute this year,” she said. “I also introduced a piece that became statute that doctors have to talk about alternative pain treatments.” 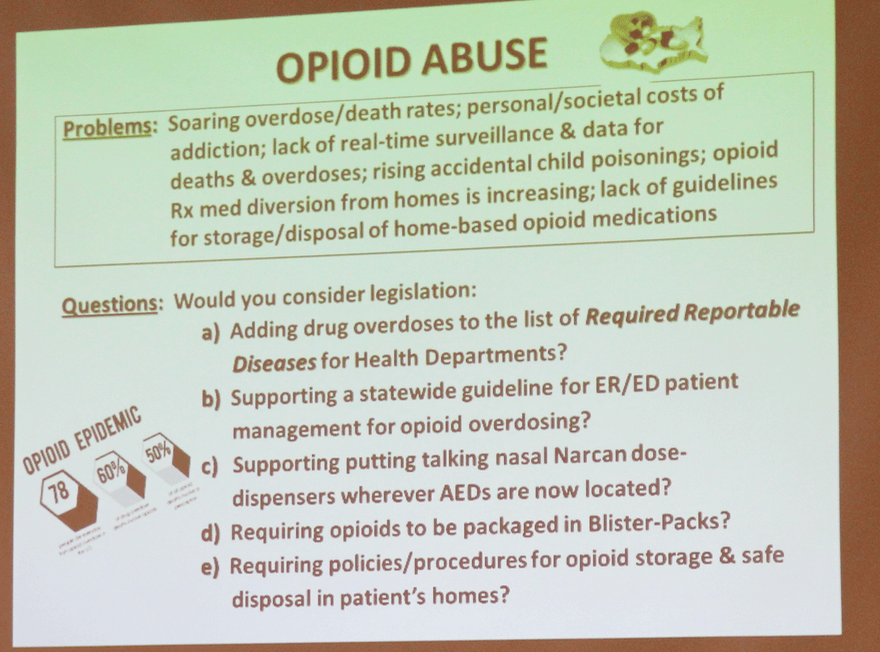 The panel also discussed diversion programs for non-violent offenders as an alternative to incarceration, and the value of access to treatment and recovery support.

With consideration for the state’s budget challenges, the idea was to focus on budget neutral suggestions. 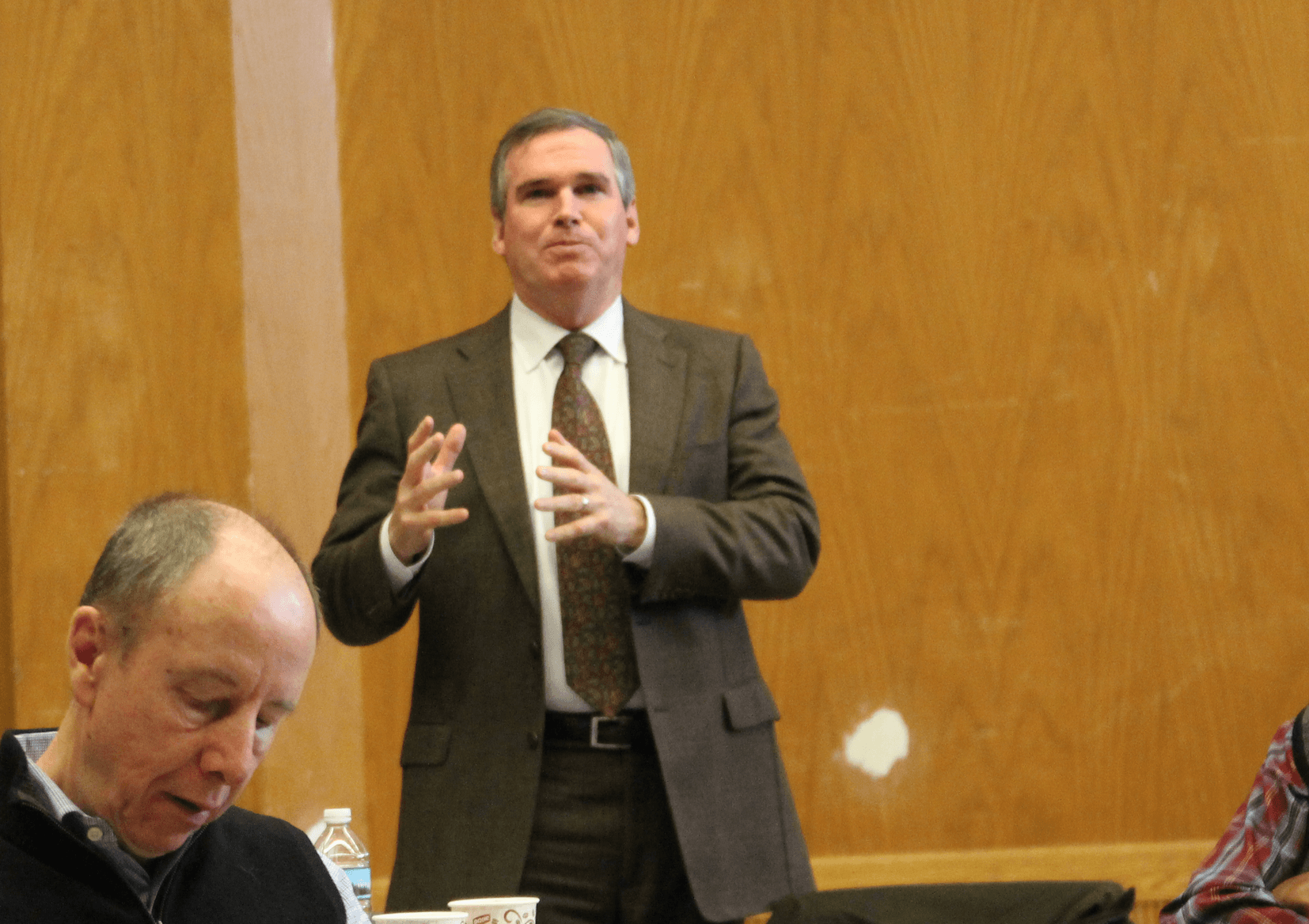 “If you want people even more hopeless, put them in prison,” said Expert John Hamilton, of Recovery Network of Programs, Inc.

“The history that got us to this point was the war on drugs. Anyone caught with even a minuscule amount was thrown in to the prison population,” Leone said. “We’re trying to reduce that trend.”

Leone said treatment and recovery programs are costly because they require a lot of human capital. 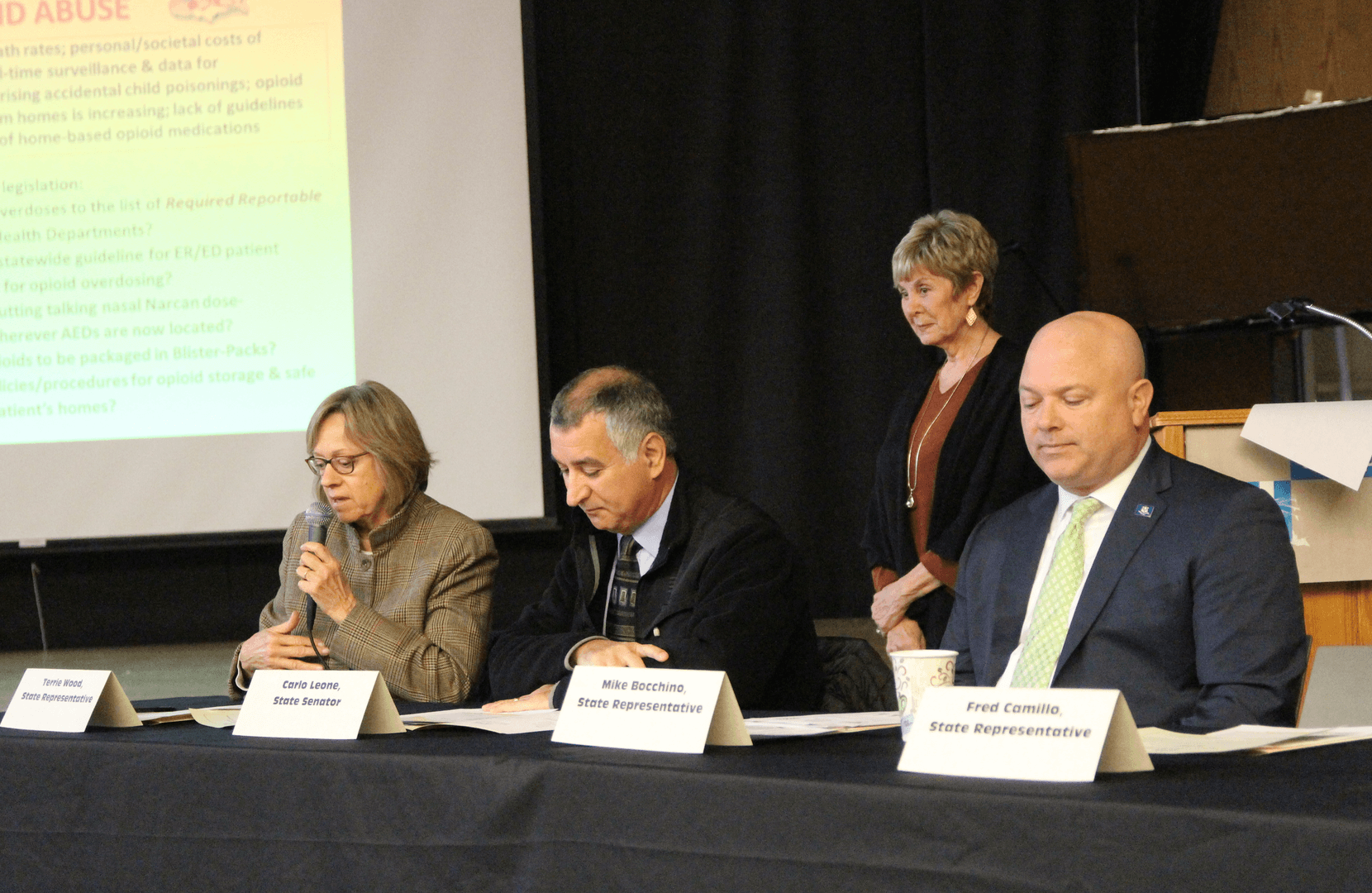 “It will cost more in upfront, but cost much less in the long run,” Leone said. “The trend is moving in that direction.”

“I’ve gotten to know many people in the addiction recovery community and found people addicted are experiencing mental pain, mental anguish – anxiety and depression,” Wilms said. “That’s the root cause of why people turn to substances.

Wilms said he’d co-sponsored legislation shorting the prescriptions from 30 days to 7 days, and 5 days for minors

“It’s easy to support proposals, but there is issue of compliance and recidivism,” Boucher warned. “And if it is not well funded, then you have diversion around the system, and back to old habits.”

Boucher said there is a drug problem within Connecticut’s correctional facilities, and often prisoners with addictions don’t necessarily emerge in better condition.

Therefore, she said, “I’d still favor some form of unofficial incarceration where people are forced to be involve in programs.”

State Rep Tom O’Dea pointed out that Connecticut already has a lot of good diversionary programs, but they are often targeted during the budget process.

“We’ve been cutting the judiciary branch by millions of millions of dollars,” he said. “They cut social services. …The diversionary programs wind up getting cut, but we need to fund them.” 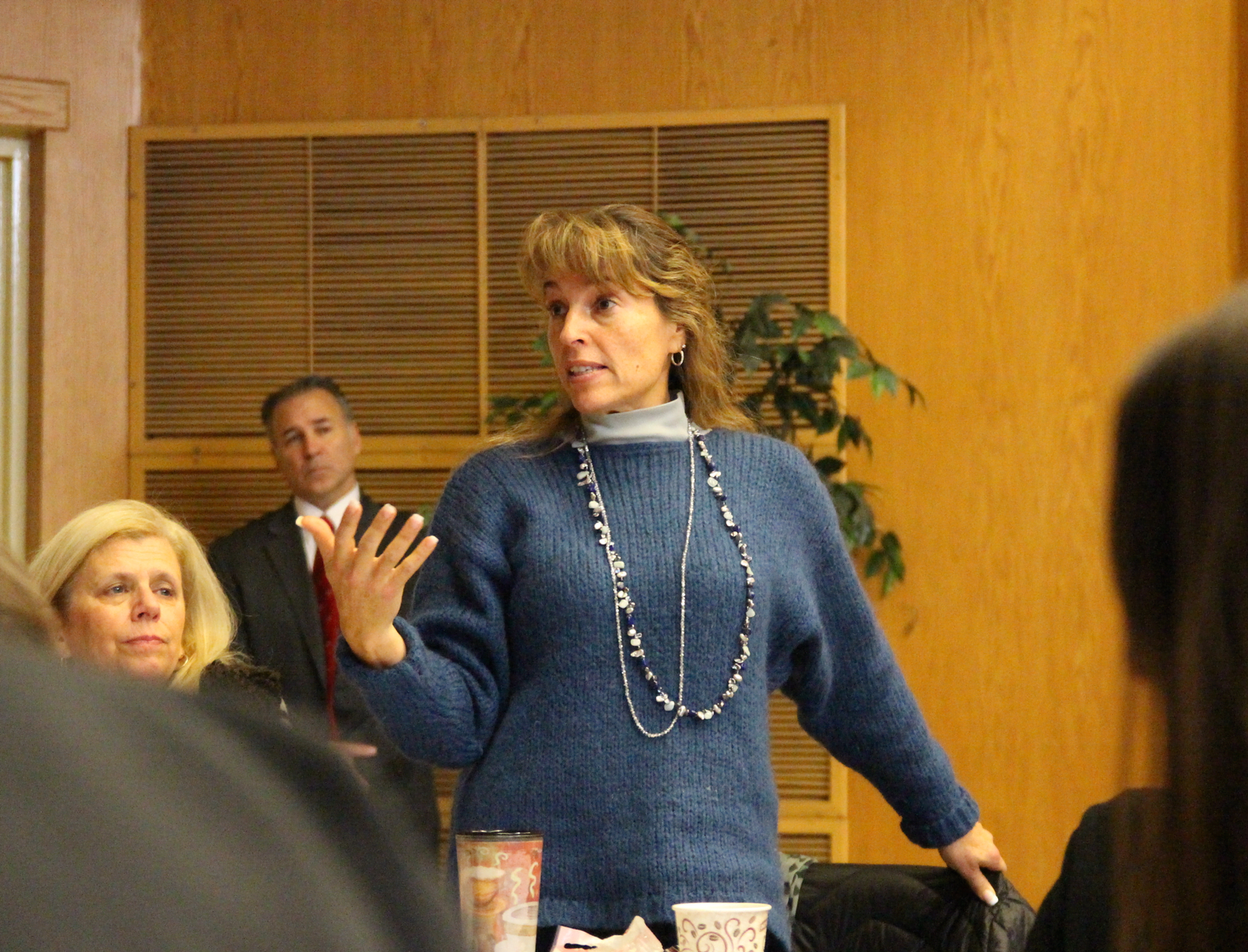 Ms Gillespie described vaping as a rapidly growing habit that even younger people are picking up. “It’s available in stores and online,” she said. “It has a lot of adverse impacts on brain health and is shown to be a gateway to cigarette smoking and contains more harmful additives than cigarettes.”

Further, people are using the paraphernalia for other uses like smoking marijuana. The devices explode. People have been burned and disfigured.

The panel discussed whether CDC recommended strategies should be legislated, such as restricting vaping products to adults, not allowing their sale near school, and requiring age verification for online sales and delivery.

Mr. O’Dea said there the device is supposed to help people quit smoking.

Amy Badini, who works with teens in Greenwich, said young people don’t use the term “electronic cigarette” or “tobacco.”

“They understand it’s dangerous,” Badini said. “They call it vaping. They call the device ‘a jewel,’ and it plugs right into their computer or USB port. It used to be, you’d smoke in the bathroom and tennis courts. Now kids are vaping through the entire building.”

While vaping indoors has been illegal since 2015, Badini said vaping is so widespread that it is  the number one disciplinary issue at local high schools including Greenwich High School.

“When you catch them, it’s a drug free campus, they suspend,” Badini said. “We’re looking for in-school suspension with treatment.” 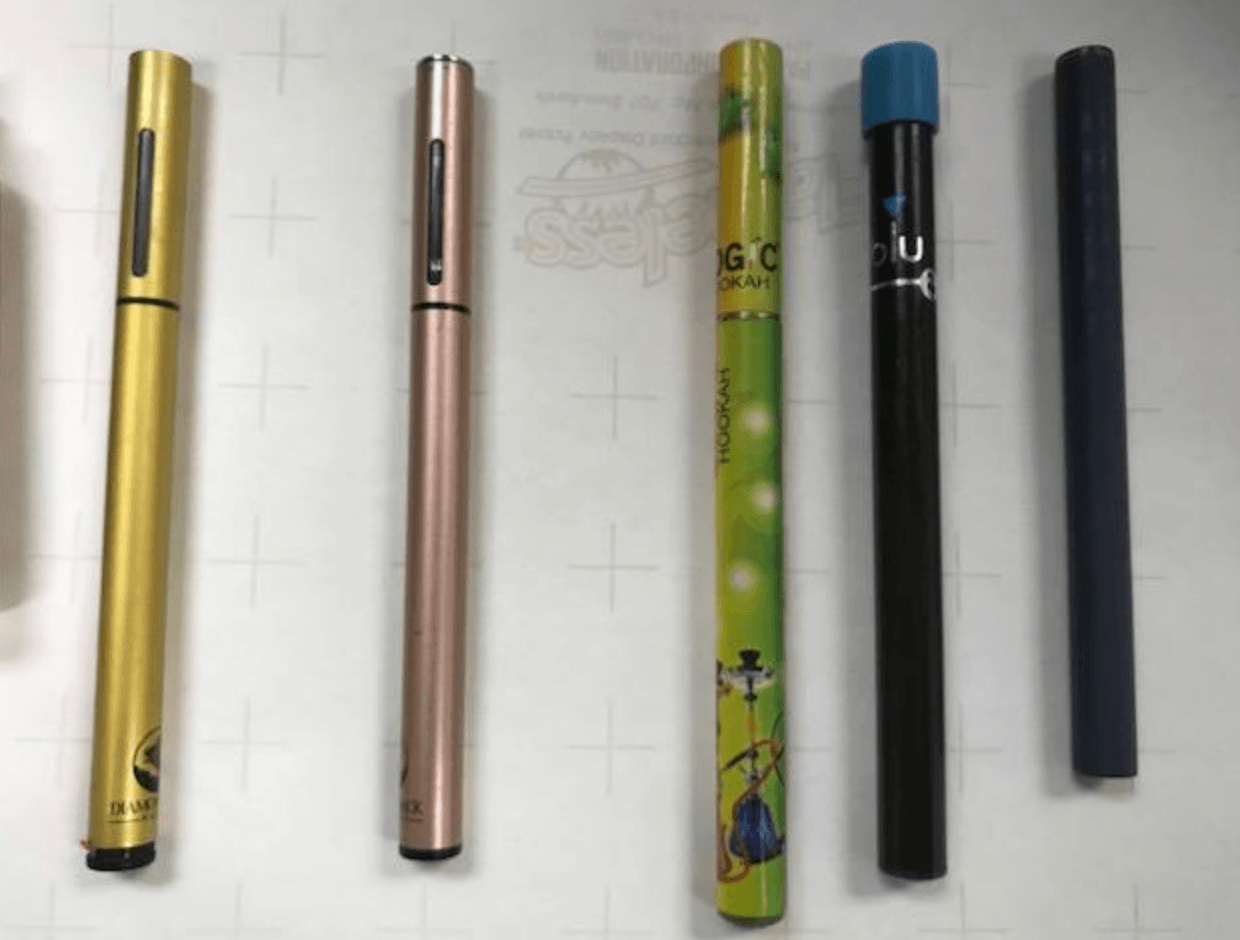 Pictures of common vaping devices that GHS students use. All are easily available on the Internet. contributed

On Dec 14, GHS headmaster sent an email to parents saying the use of electronic vaping devices is significantly increasing and both public and private school principals he speaks with confirm that vaping has become the number one disciplinary issue.

“At GHS, we are spending excessive time and resources to stop this unhealthy practice,” Winters wrote. “Trust me, this cuts across all groups of students. We need your help.”

Winters asked parents to discuss vaping with their children. “In coming years, I am certain that we will learn of the long-term health consequences inflicted upon a new generation of nicotine users.” 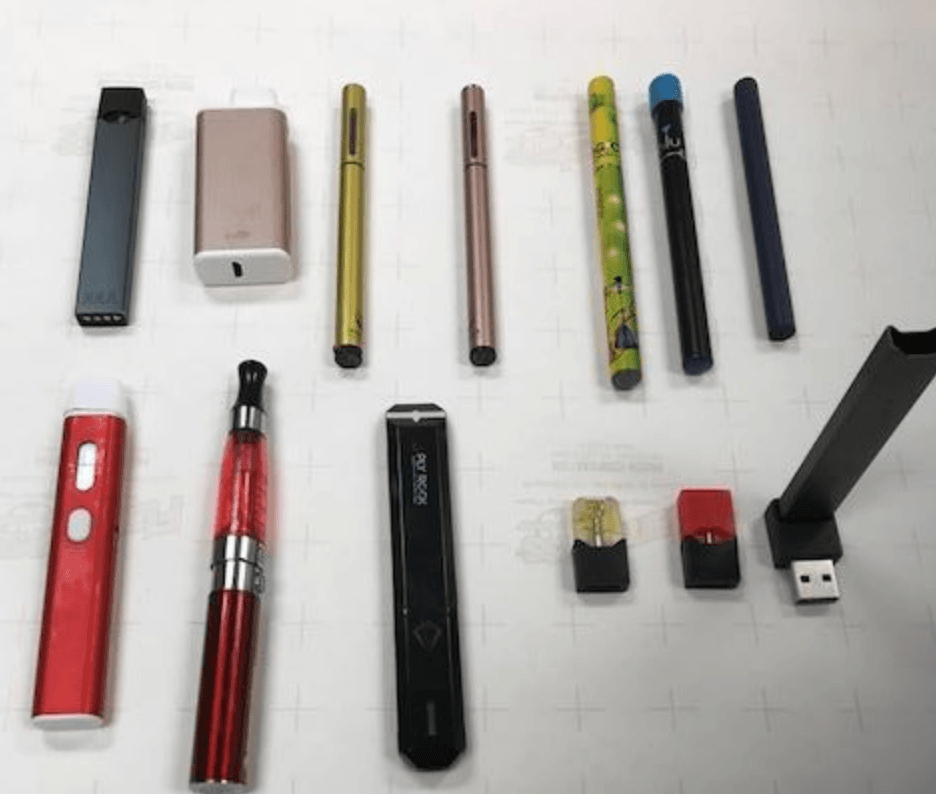 Pictures of common vaping devices that GHS students use. All are easily available on the Internet. contributed