This week, the Cardinal Critics decided to review Fairfield Pizza, a new pizza joint located right on the Post Road in the heart of Cos Cob.

Fairfield Pizza opened up back in 2010 with its first location in Fairfield, Connecticut. Since then, they have expanded into four locations with the most recent edition being the one located here in Cos Cob.

Previous restaurants have tried their luck with this location, such as Gravina, but none have yet to make a lasting mark. Fairfield Pizza on the other hand, has been open for less than a year and have done very well so far.

It is located between downtown Greenwich and Riverside, making it a great spot to grab a lot of people’s attention. It has even been able to compete with other popular pizza spots in Greenwich like Pizza Post, located just up the road.

Fairfield Pizza also serves excellent delivery and great operating hours. This has lead many people, such as myself, to label this place as the perfect late night pizza joint. 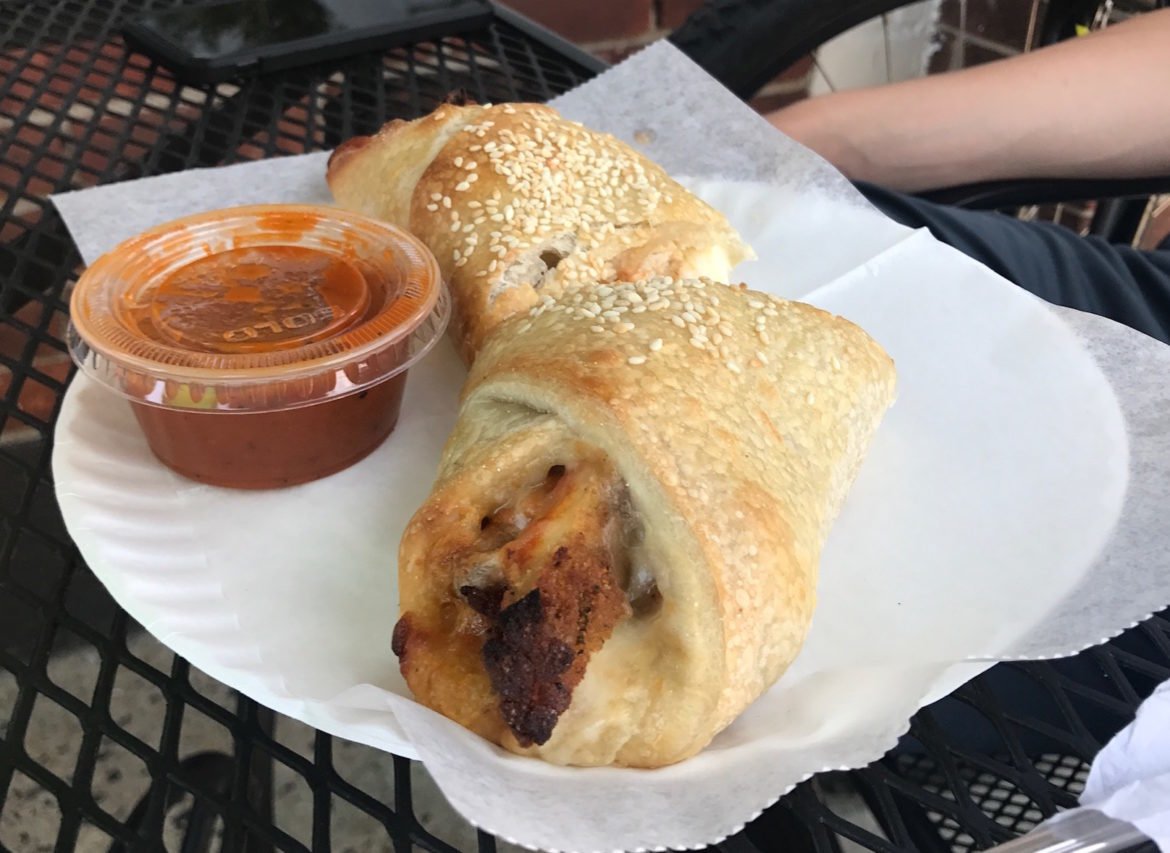 Spencer, Kai and Drew decided to order a typical meal for Greenwich High School students looking for a quick bite. As Drew’s new favorite pizza spot, he already knew the ins and outs of the menu and decided on his favorite, Chicken Roll with marinara sauce.

Spencer ordered the Penne Vodka with a side of garlic knots while Kai ordered a slice of Nonna and pepperoni. 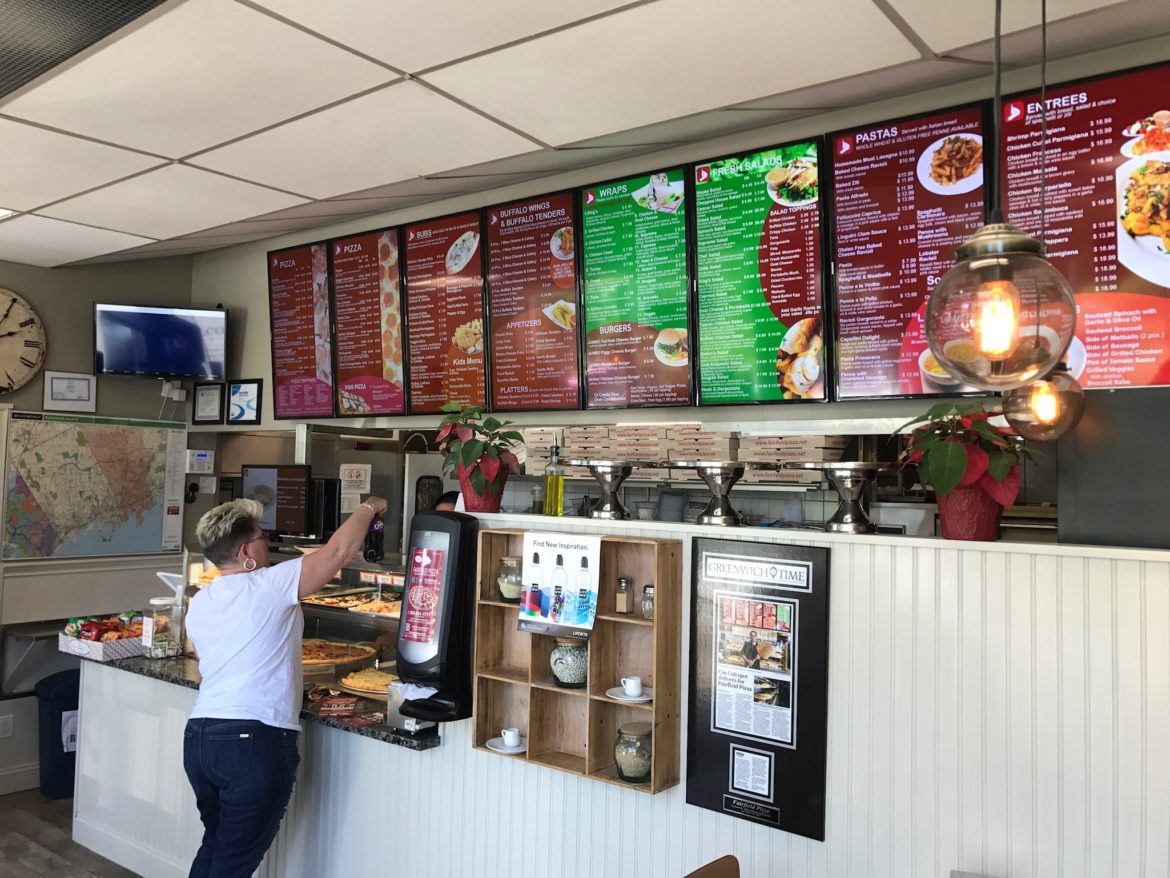 For a relatively small space, Fairfield Pizza does a great job with making more than enough space for people to eat. There are plenty of tables and a comfortable bar looking outside of the restaurant. Then for the nice days, there are tables located outside, personally our favorite.

New TV monitors above the counter display the menu with colorful pictures and descriptions making the customer nice and hungry.

Service here was phenomenal. The food came out of the oven very quickly, everything was hot, and the food is even delivered out to your table. 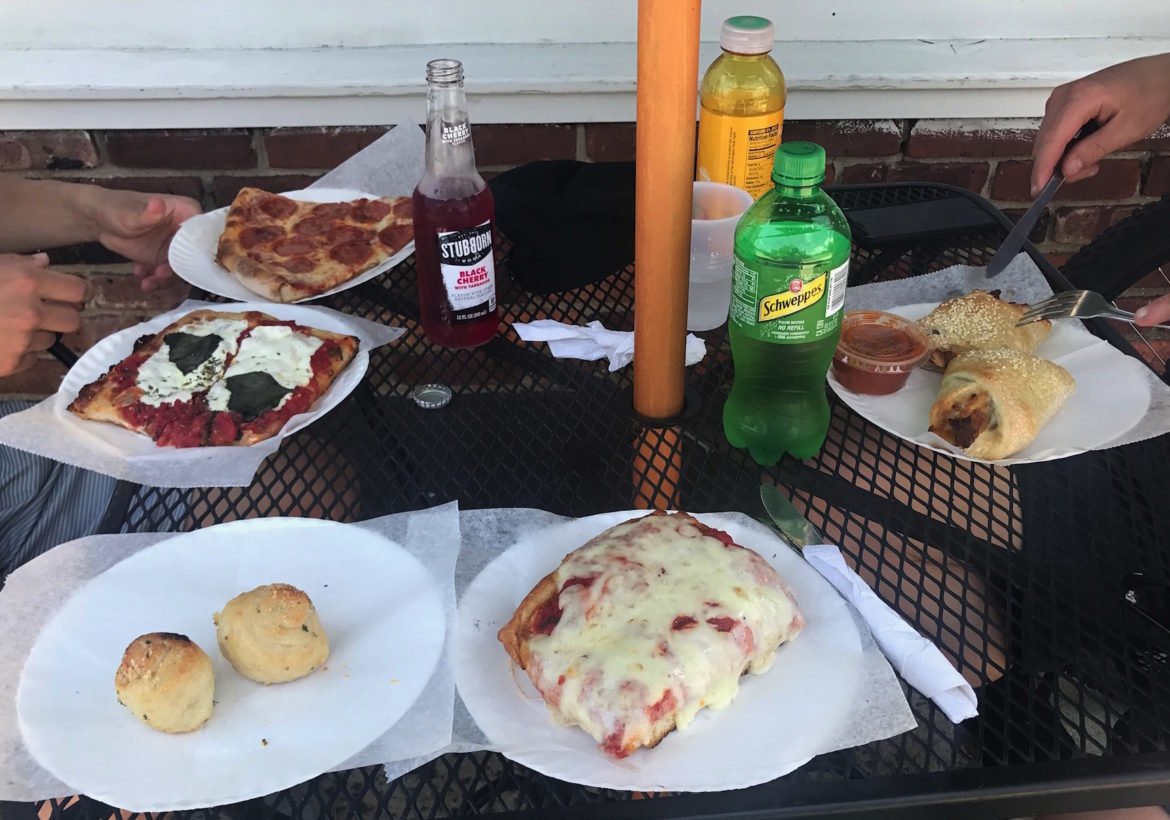 The Critics were all very excited to eat and decided to dig in. Kai’s Nonna slice and pepperoni slice were perfectly cooked and came out looking delicious. Drew’s chicken roll is now one of his favorite meals and confirms Fairfield Pizza as his favorite Greenwich pizza place.  Spencer adored his Penne Vodka and Sicilian slice.

“The Penne Vodka was cooked to perfection and the Sicilian slice melted in my mouth.” said Spencer Grabel. 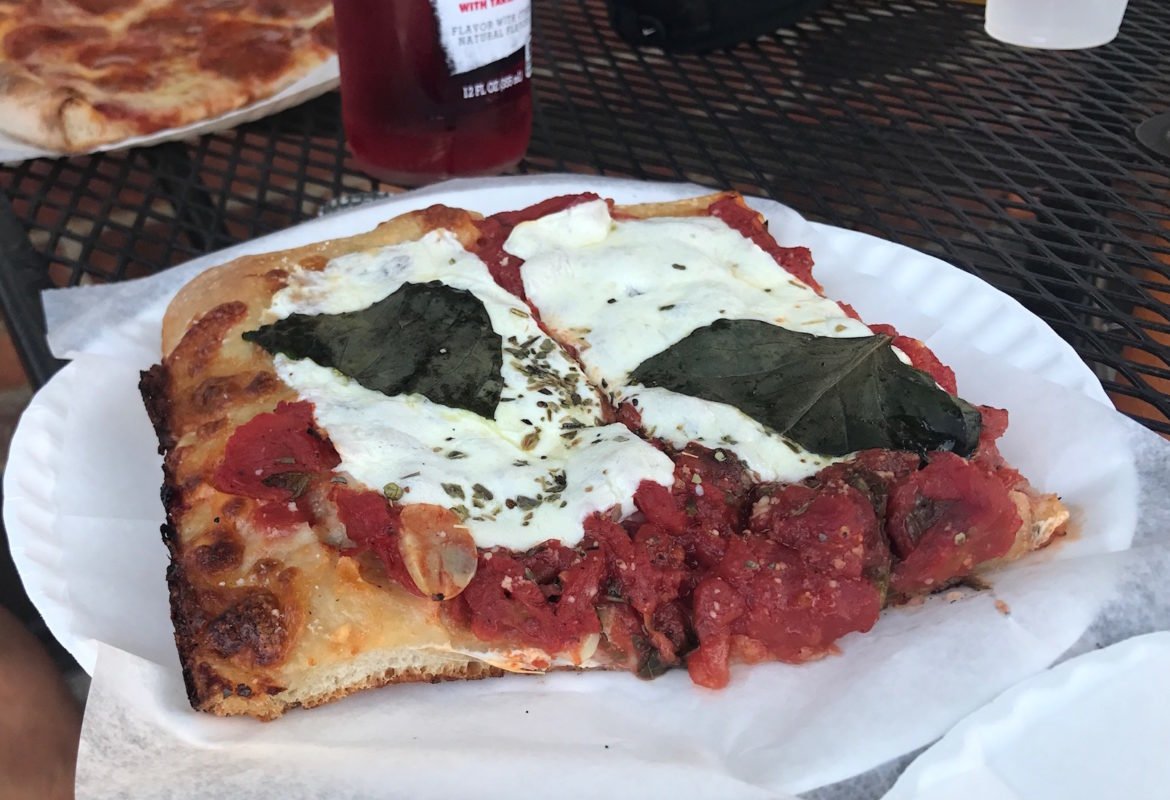 Fairfield Pizza even has an online app that makes ordering online incredibly easy and quick. There are plenty of other features such as using coupons, rewards, and finding their location. Just look up “Fairfield Pizza” on the app store and it will be the first response.

Fairfield Pizza’s locations, menu and hours can be found on their website:

Fairfield Pizza in Greenwich is located at 1 Strickland Rd, Cos Cob, CT, 06807.

To request a visit from Cardinal Critics to review what’s popular at your Greenwich eatery, email GFP editor Leslie Yager at [email protected] with a notation “Cardinal Critics request” in the subject line!