K Dong is the creator and owner of a new Japanese restaurant, Miku, which is particularly known for its sushi as well as its cooked food, exquisite cocktails and desserts. Having opened in April, it is located on the top of Greenwich Avenue, next to Ginger Man. 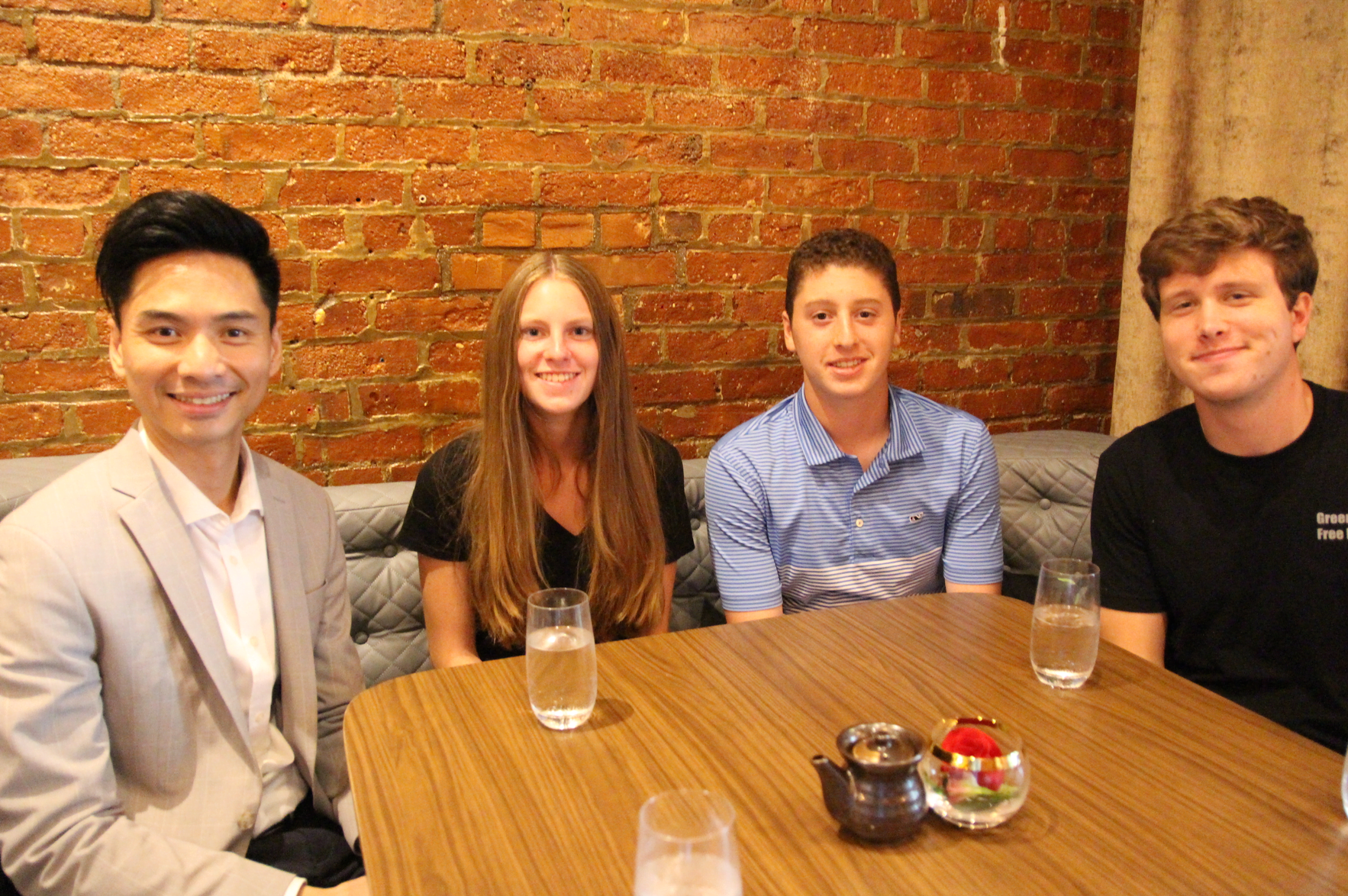 Mr. Dong said Greenwich Avenue has become a destination for high quality restaurants. “Since the day Miku opened we’ve been slammed,” he said of the eager patrons who line up nightly for a table. He said the recent sidewalk sales and events in Roger Sherman Baldwin Park that drew thousands to Town have also raised awareness of Miku.

Mr. Dong’s goal at Miku is to provide customers with the freshest seafood and most delicious meal possible.

“We distribute all our own seafood and don’t rely on a second source. We get first pick and the best quality every day,” he said. “Our secret has to do with consistency. Our quality is always the best.”

Even though he believes food quality is very important to satisfy his customers, Mr. Dong feels it is equally as important to present the food in artistic ways. His philosophy is that presentation changes the way one views food, even before it is tasted.

The dishes are artfully presented, with great attention to detail evident in everything from the drizzle of the eel sauce, to a garnish of purple pansy, or a nest of shredded radish. 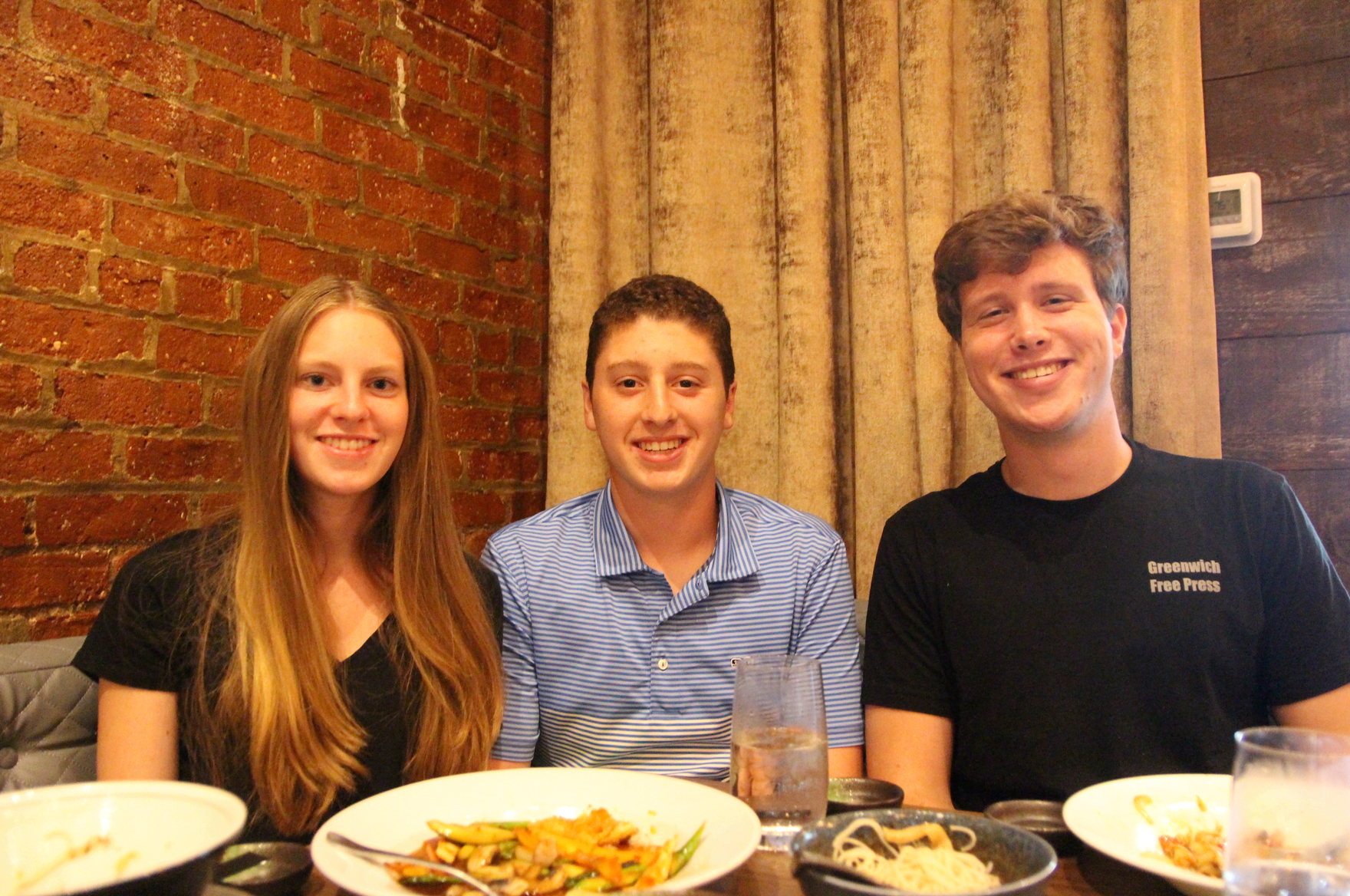 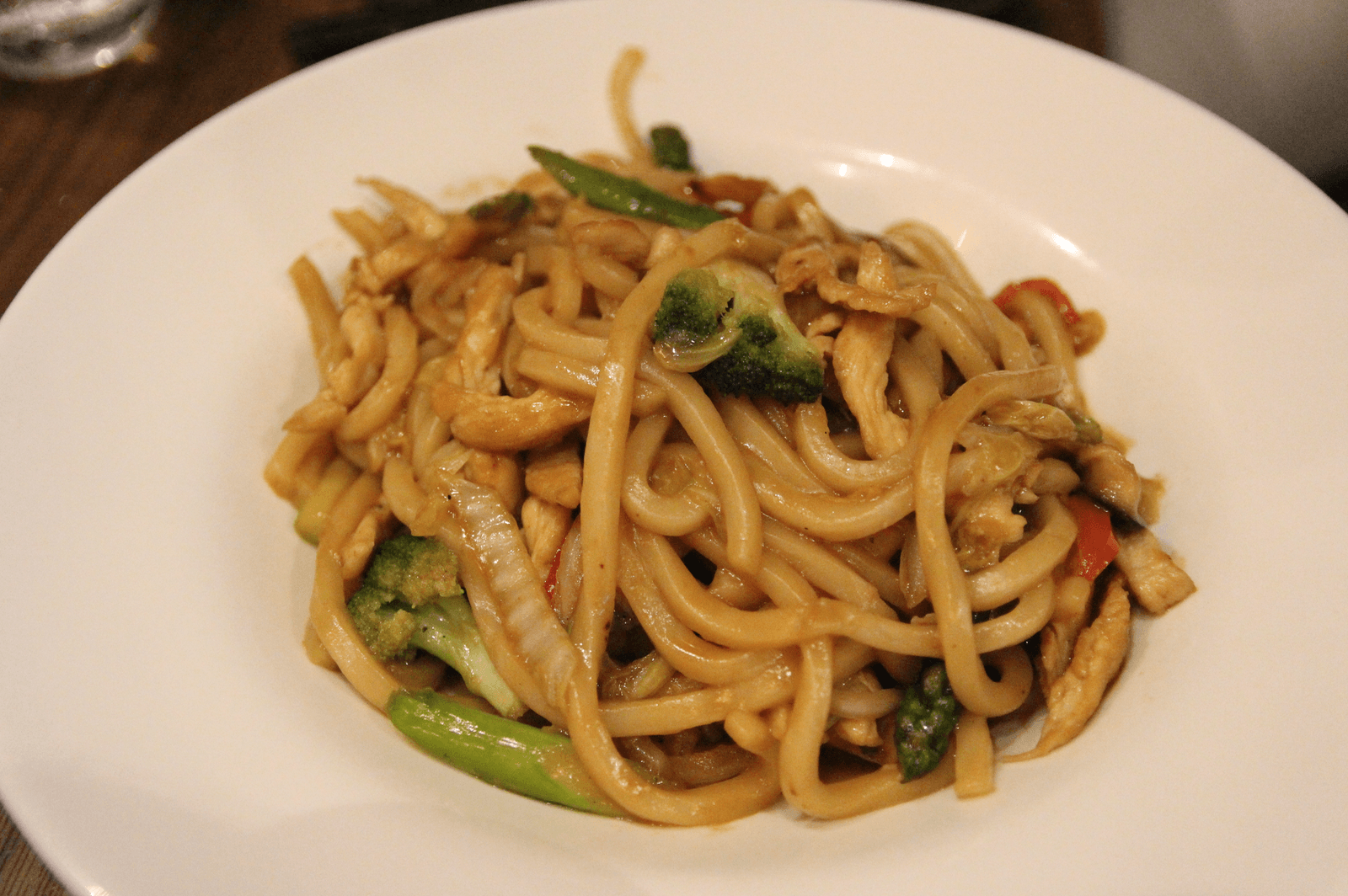 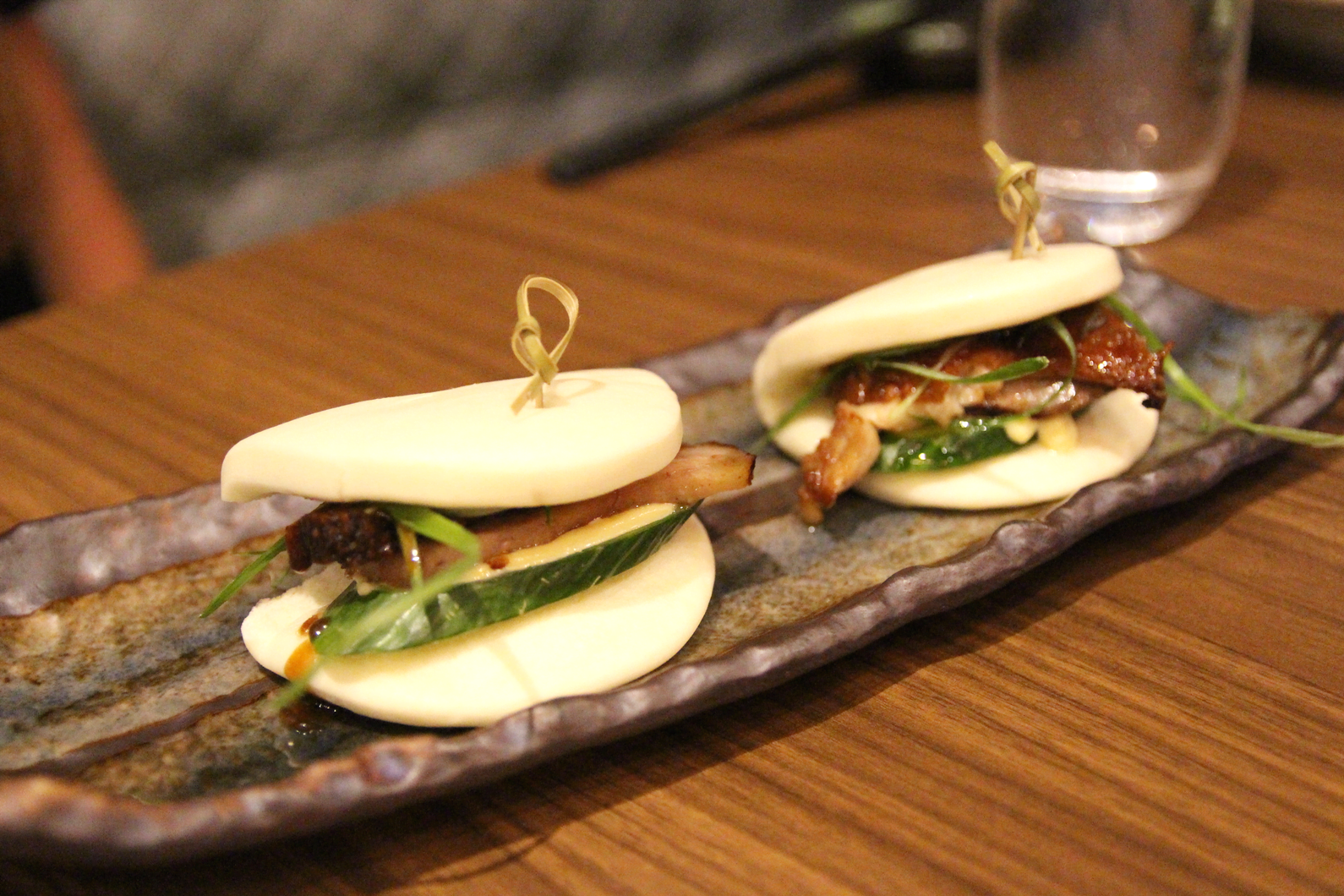 Due to the buzz about Miku, the restaurant has been extremely busy and has even had some famous visitors. On July 6 President Bill Clinton dined at the restaurant with a friend. News of the 42nd president’s visit buzzed on social media, bringing in a fresh wave of patrons.

Mr. Dong said when President Clinton arrived there was not a single free table, but fortunately, after about a half hour of autographs and selfies with customers, a table freed up.

Dong said that thee days Mr. Clinton’s diet is mainly vegetable based, but he did sample several fish dishes.

“He and his friend, who is a regular at Miku, shared a variety of dishes including tuna tartar, salmon and grilled Bronzini with spinach and mushrooms,” Dong said.

This excitement about this new restaurant made Ben Rosenfeld (GHS Class of 2018), John Cataldo (GHS Class of 2021), and Melanie Leguizamon (GHS class of 2020) from Cardinal Critics eager to give it a try.

Here are a few of our very own favorites and recommendations.

Thin sliced Japanese Yellowtail with jalapeño. K Dong said the seeds are cut out from the jalapeño so it adds flavor and texture but does not overpower the fish. Photo: Leslie Yager July 17, 2019 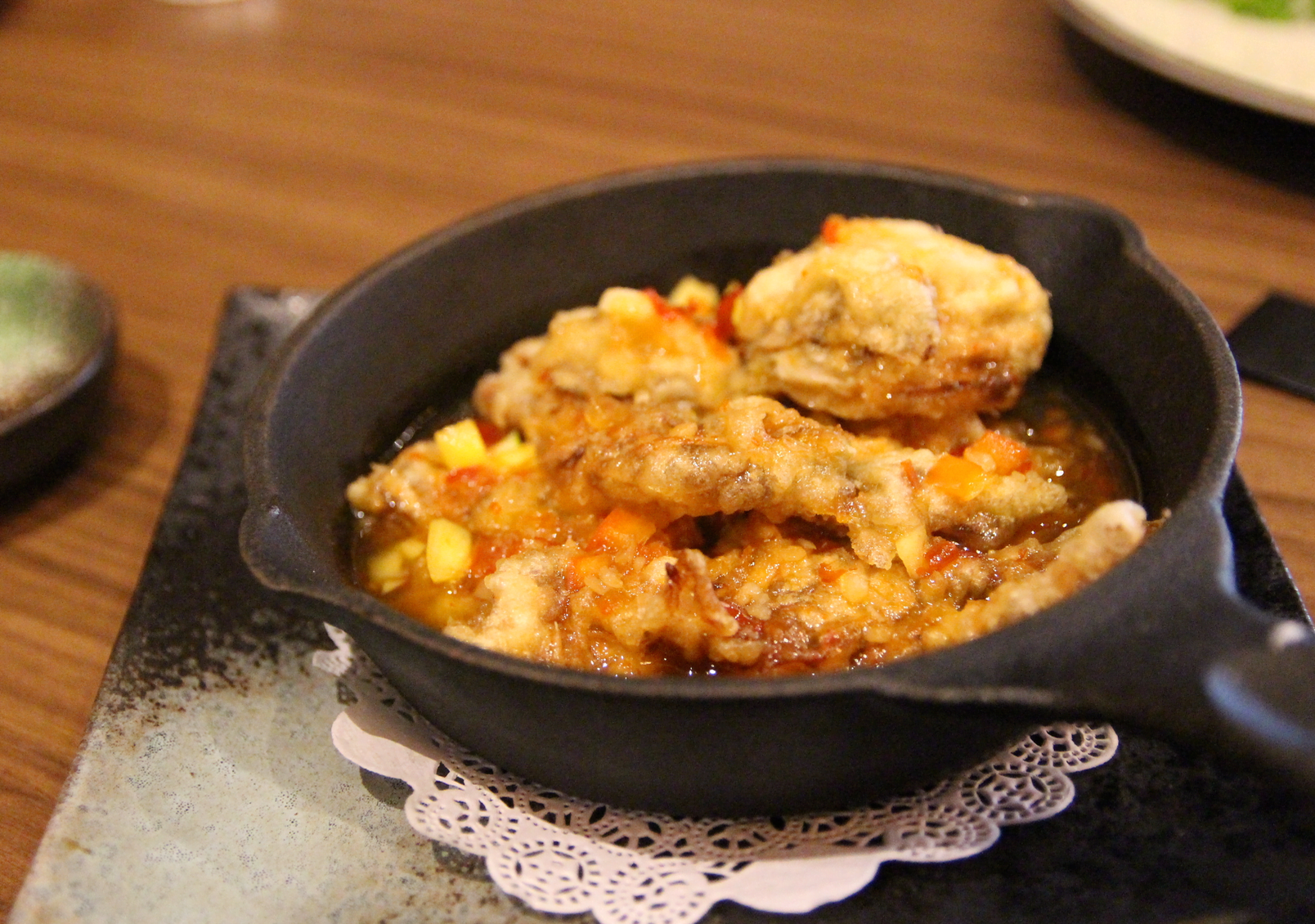 First on the list is the thin sliced Japanese Yellowtail with jalapeño, a popular Miku appetizer. The sauce had a sweet and sour flavor, and the jalapeño slices had their seeds intentionally removed in order not to overpower the flavor of the fish. This dish was also aesthetically presented in a circle around the shredded radish topped and an edible pansy.

Another fantastic appetizer option was the Rock Shrimp Tempura. This dish consists of deep fried shrimp with mildly spicy coconut mayonnaise sauce. In fact, Dong said this is one of the restaurant’s most popular appetizers, along with tuna tartar.

Unlike other restaurants, Miku serves jumbo shrimp so the customer can get more of the shrimp flavor. The jumbo shrimp were presented on top of a large crispy wonton. This dish was John and Melanie’s favorite due to the elegance of the dish presentation as well as the lasting sweet sensation these shrimp left in their mouth.

After finishing the appetizers, the Cardinal Critics moved onto the entrées. The Sauteed Chilean Sea Bass with miso sauce, Ben’s favorite, was very fresh and had a very rich flavor. The miso sauce was not too sweet, but added just the right tangy sensation. 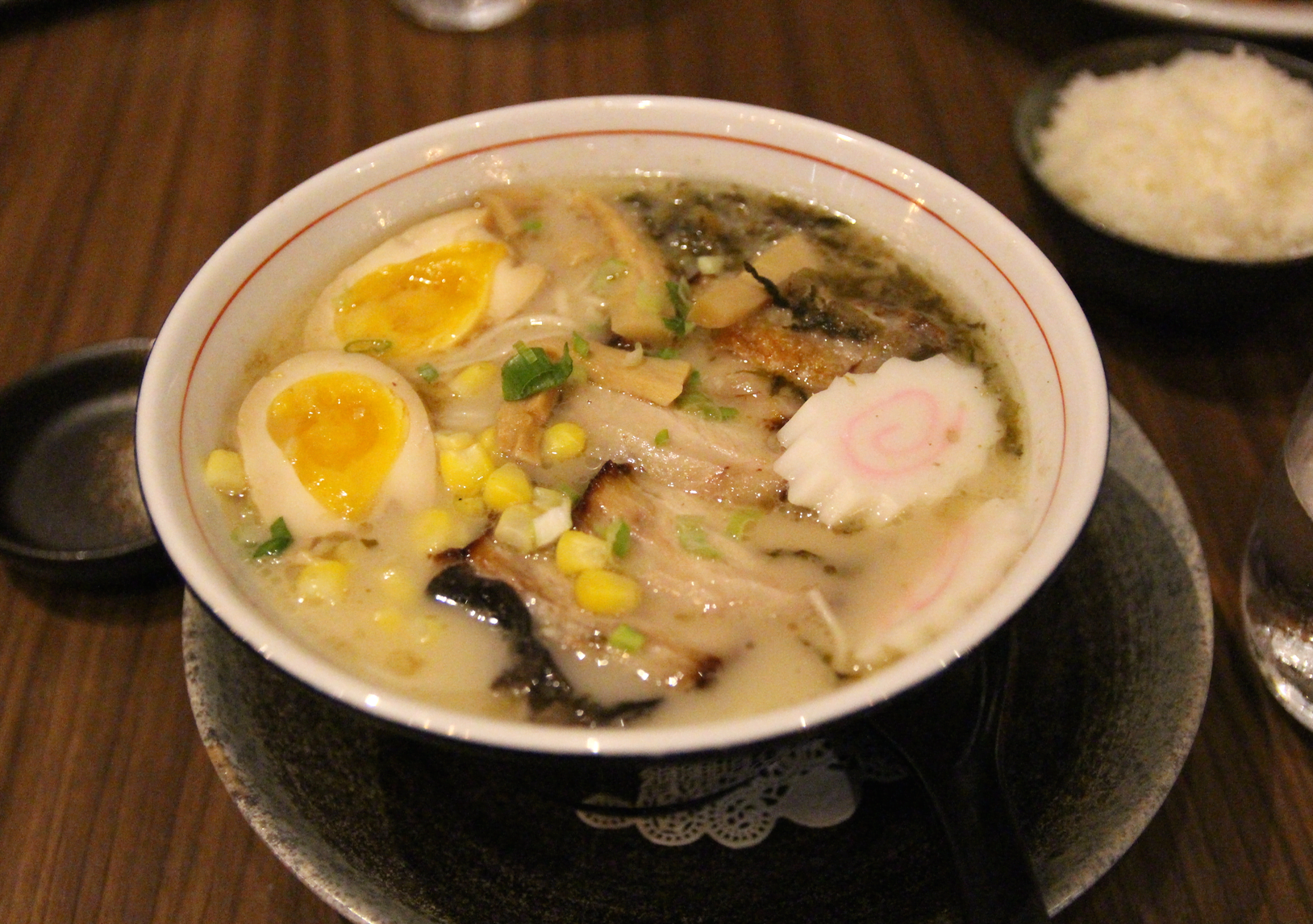 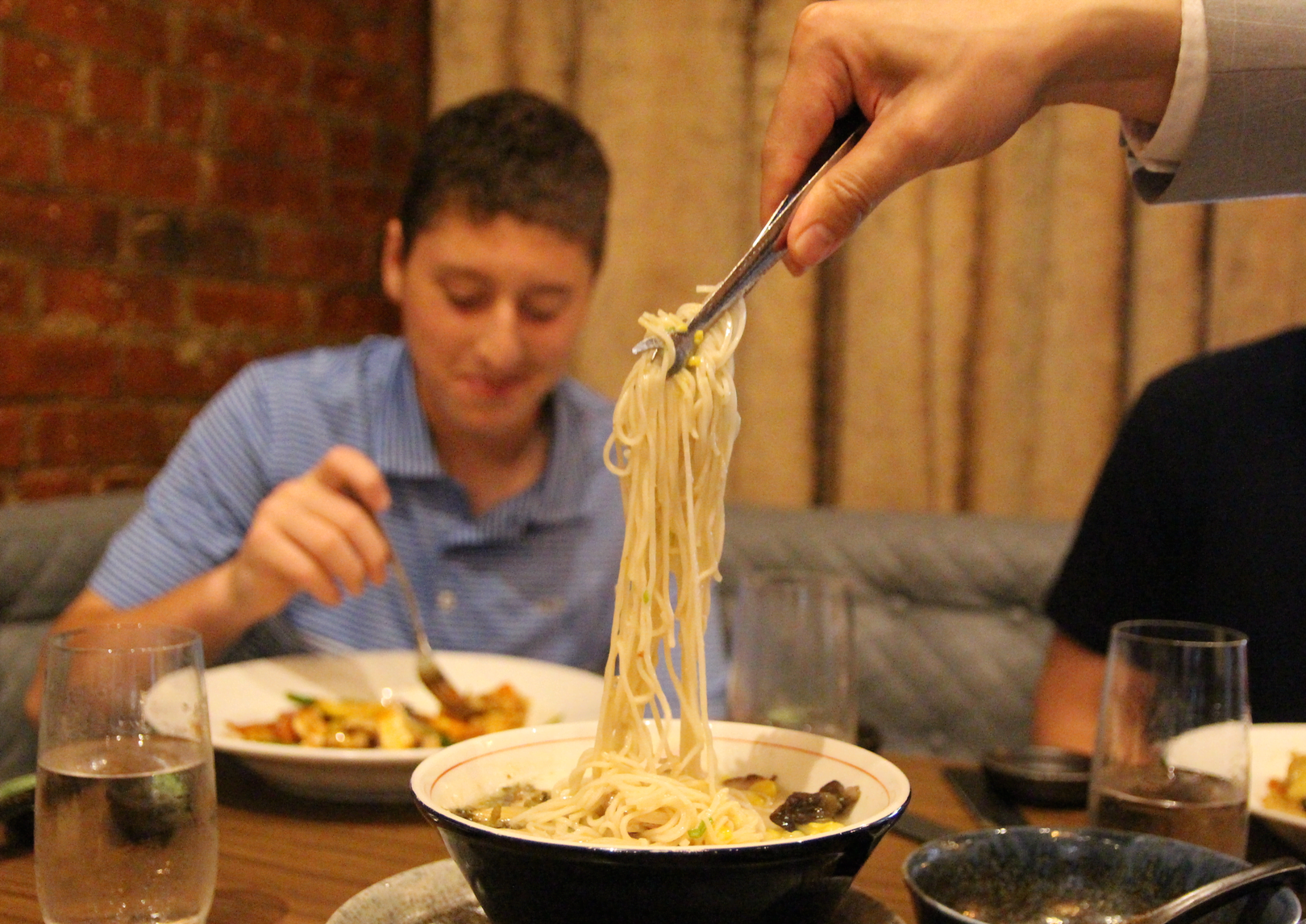 K Dong served the Cardinal Critics from a large bowl of Tonkotsu Ramen.

One entree that all the critics enjoyed was the Tonkotsu Ramen, a dish so popular that Mr. Dong said he often runs out.

This type of Ramen originated in Fukuoka, Japan. The Tonkotsu broth is based upon pork bones and other ingredients, and simmered for six hours.

All of the Critics were fascinated by the amount of work required to make a single dish. Mr. Dong served each of the Cardinal Critics from a large bowl, doling out the tasty broth with noodles, sliced pork, corn, mushrooms, egg and crab pinwheel slices.

Of course you cannot leave the dinner table without having dessert. The critics enjoyed Tempura ice cream and mochi ice cream in a variety of colors and flavors.

No matter the dish at Miku, it will be fresh, flavorful and artfully presented, and K Dong is a most gracious host. 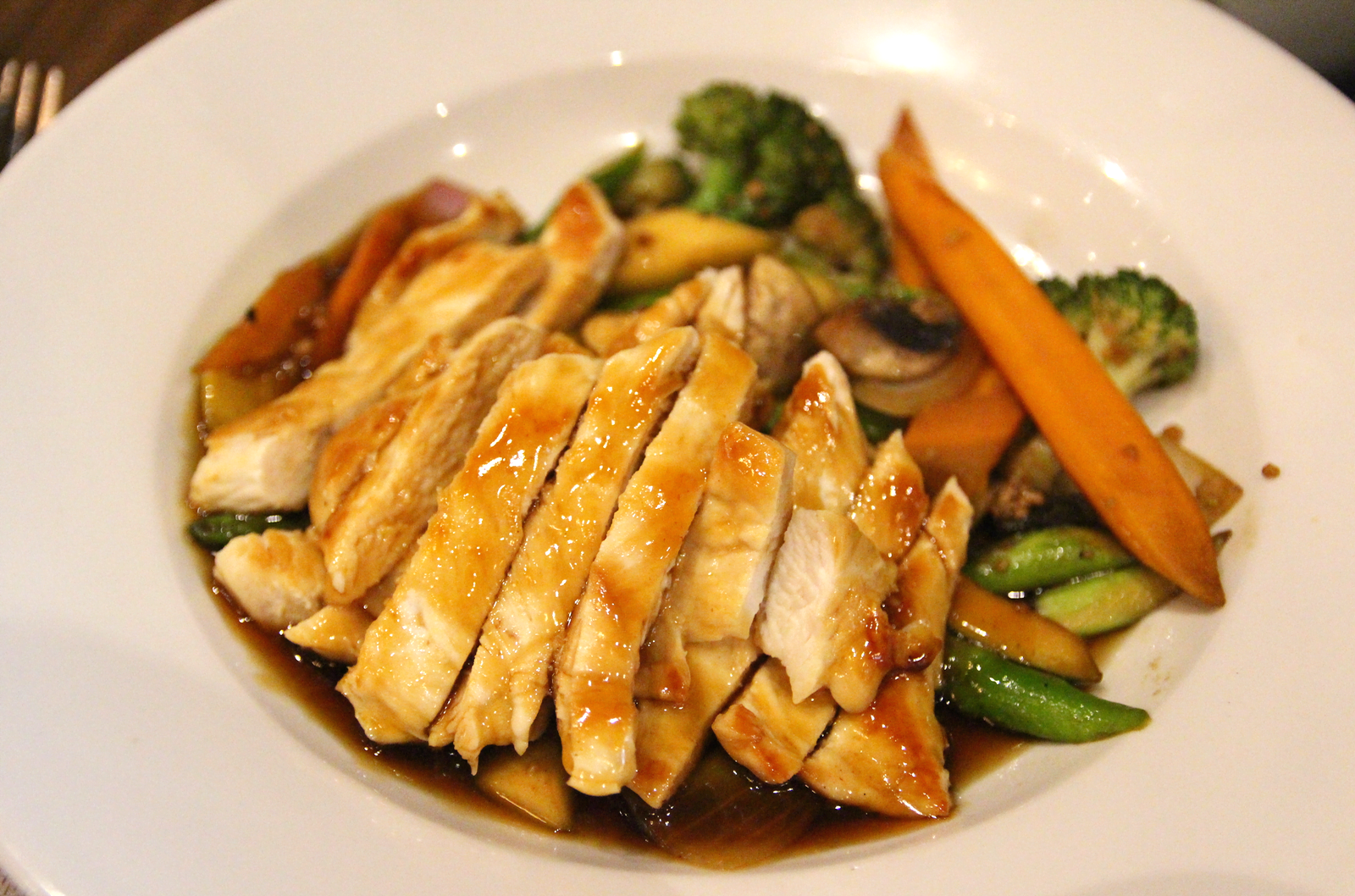 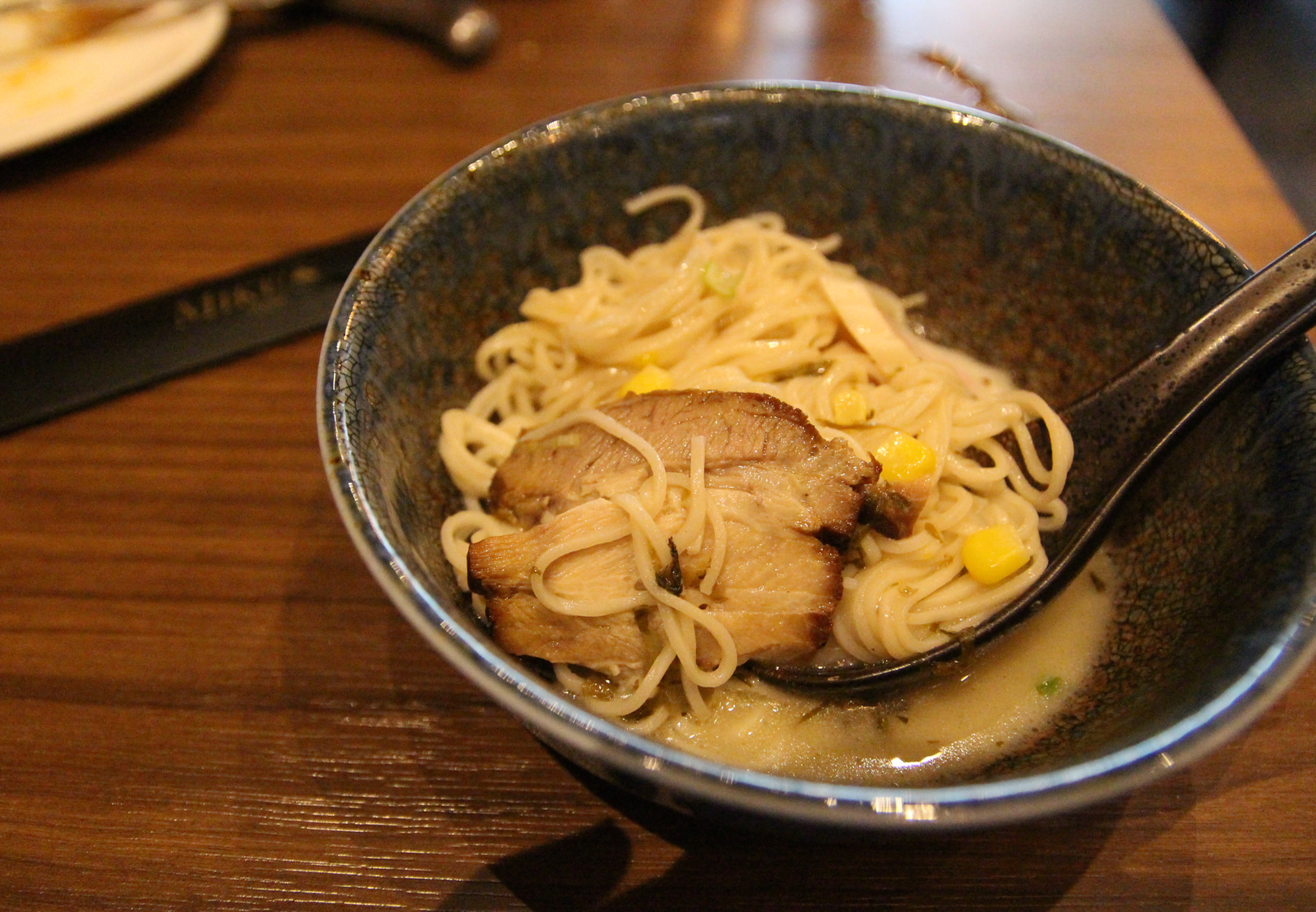 The Cardinal Critics shared servings of Ramen with pork. At Miku the pork is slowly braised and broth is slowly cooked for six hours. The dish is so popular, especially with young people and usually runs out. July 17, 2019 Photo: Leslie Yager 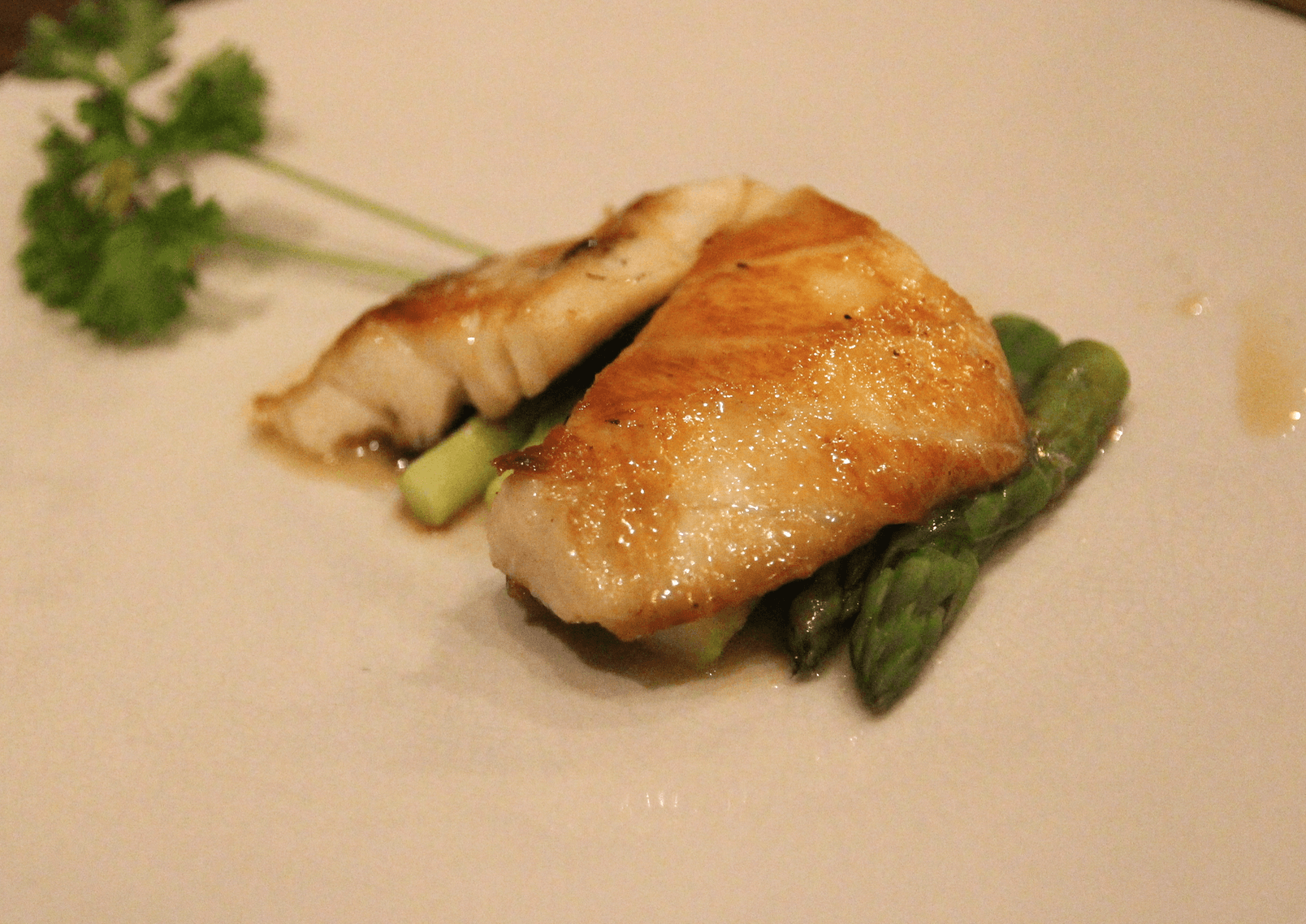 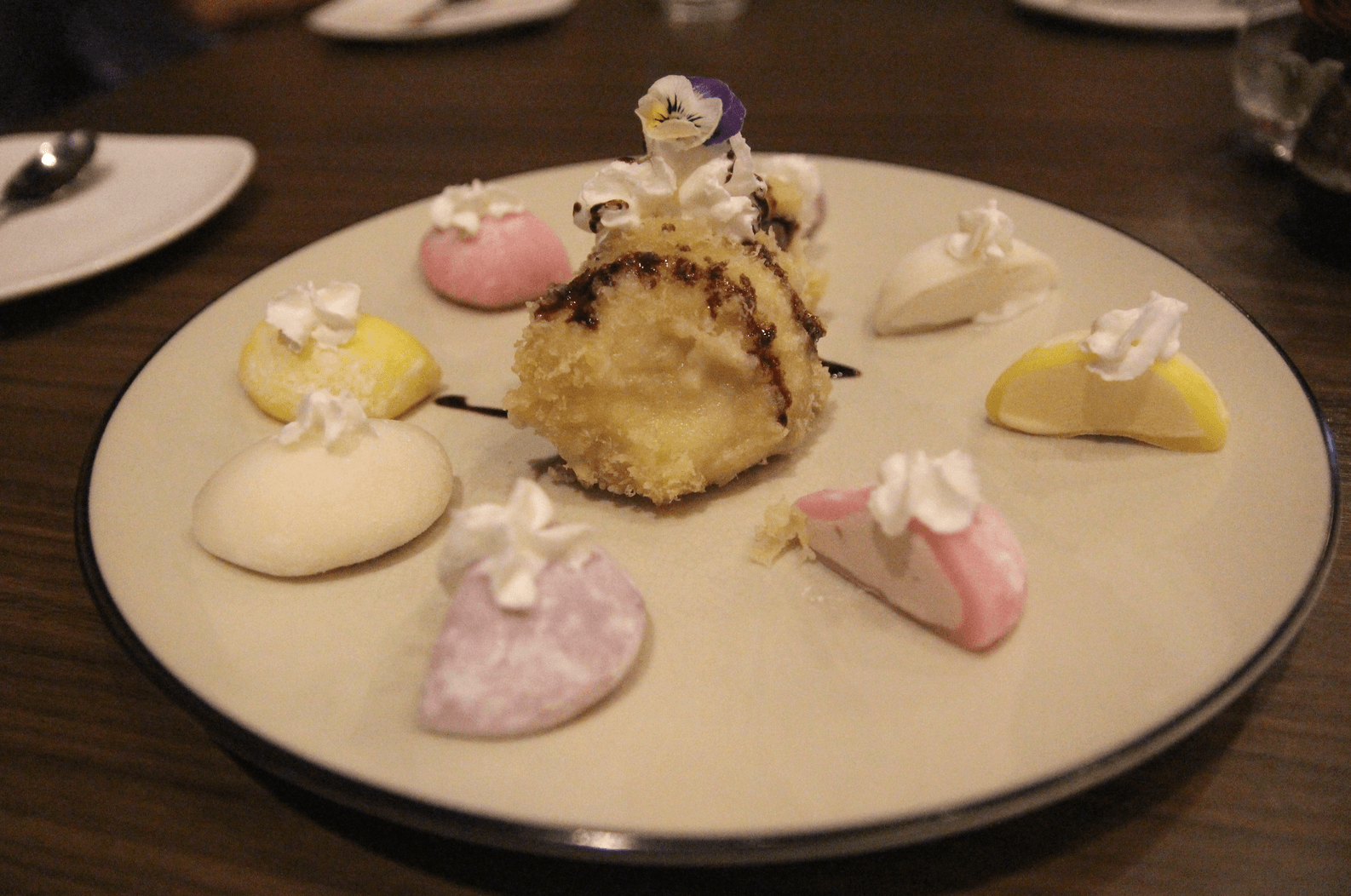 Cardinal Critics is a feature series on Greenwich Free Press.

While the students either attend or graduated from GHS, where the mascot is the Cardinal, the views expressed in Cardinal Critics reviews are not affiliated with Greenwich High School.