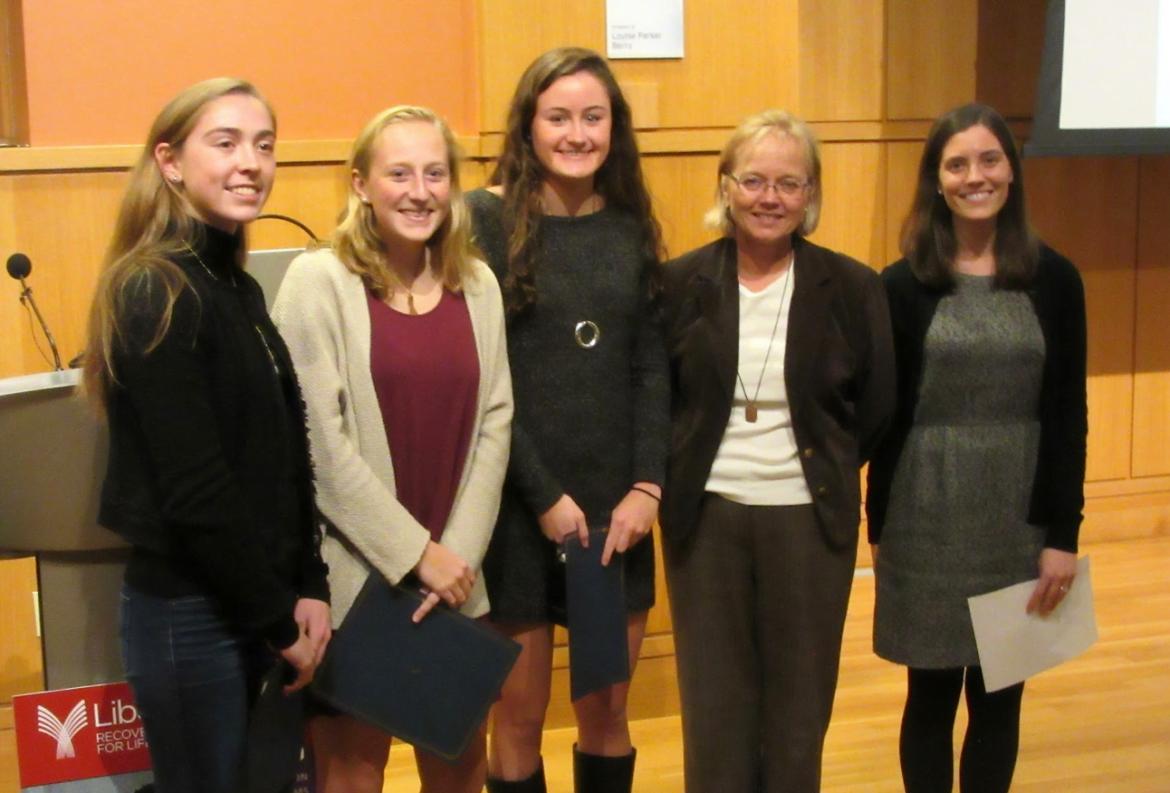 Out of the 114 entries, the first place award with a $250 prize went to Catherine Garrett, a sophomore at Darien High School, for the slogan “Rx: Popping Pills Kills.”

An honorable mention award of $100 was given to Greenwich High School senior Emma Barefoot for the slogan “No excuse for RX abuse and Choose to Abuse-You Lose.”

A second honorable mention went to Darien High School senior Catherine Arrix for the slogan “The First Pill Could Be Your Last.”

A list of the winners and contestants are listed on the NoRxAbuse.com contest page.

The slogan contest, which was open to middle and high school students, was a joint effort of the Communities 4 Action Opioid Prevention Committee and was part of a campaign to raise awareness about the dangers of prescription drug abuse.

To participate, students visited the website NoRxAbuse.com to learn the facts and complete their entries.

There they also explained what they learned about prescription drug abuse, how to prevent friends from abusing prescription drugs, and how the contest helped them discuss the topic with their parents and friends.

The session speakers discussed how opioid addiction and prescription drug abuse are an epidemic that is sweeping the country, Greenwich, and other communities.

CT: One of the top 10 states for illicit drug dependence among young adults age 18-25

Startling statistics were presented including how misuse of prescription medication has become the number one cause of drug overdose deaths and how Connecticut is among the top ten states for illicit drug dependence among young adults eighteen to twenty five. Malcolm Jauval Spears, Jr., author of “Biggie’s Chronicles”  who grew up in Stamford, gave the keynote speech about his own battle with addiction and crime and how the caring people in his life were influential in his recovery via the Liberation Programs Inc. Other speakers included Darien Health Department’s Director David Knauf. Darien Chief of Police Duane Lovello, Darien Police Detective Sargeant Jeremiah Marron, Darien Detective and High School Resource Officer James Palmieri, President and CEO of Liberation Programs Inc. Alan J. Mathis, Doctor Joseph Russo and Maud Purcell of Saved From Addiction, Inc., Associate Minister at the Darien Congregational Church Gary Morello, Communities 4 Action Executive Director Ingrid Gillespie, and Thriving Youth Program Coordinator at The Community Fund of Darien Emily Larkin.