At its November meeting, the Board of Education voted to form a Cardinal Stadium “Project Big Red” committee whose charge is to recommend a final design for them to vote on.

The design must have ADA accessible parking spaces, home bleachers, visitor bleachers, press box with elevator and under-the-bleacher space to include two team rooms, accessible male and female public toilet rooms, storage, concession space, and a referee room. The design will also allow for ADA and emergency vehicle access and parking in and out of Cardinal Stadium. Lastly, the design should include new lights on existing poles and all site and utilities work necessary.

“There is nothing we haven’t explored already,” he said. “It’s pretty much how soon a committee can make a decision and how much money do you want to spend.”

It’s been 17 years since the Town settled a lawsuit in Stamford Superior Court with Bill Effros, a GHS neighbor who lives on Old Church Rd, resulting in Cardinal Stadium operating under strict lighting restrictions. GHS is only permitted to use the lights in Cardinal Stadium for six practices and 10 athletic games a year.

It’s been two years since the district implemented a new school start time at GHS, moving the school day forward an hour. That limited daylight for sports teams to practice and play after school, especially in fall.

In 2017, Superintendent Dr. Jill Gildea was blasted by neighbors who described GHS as an inconsiderate neighbor and complained about traffic, noise and disruption during her “What If” presentation regarding Cardinal Stadium. 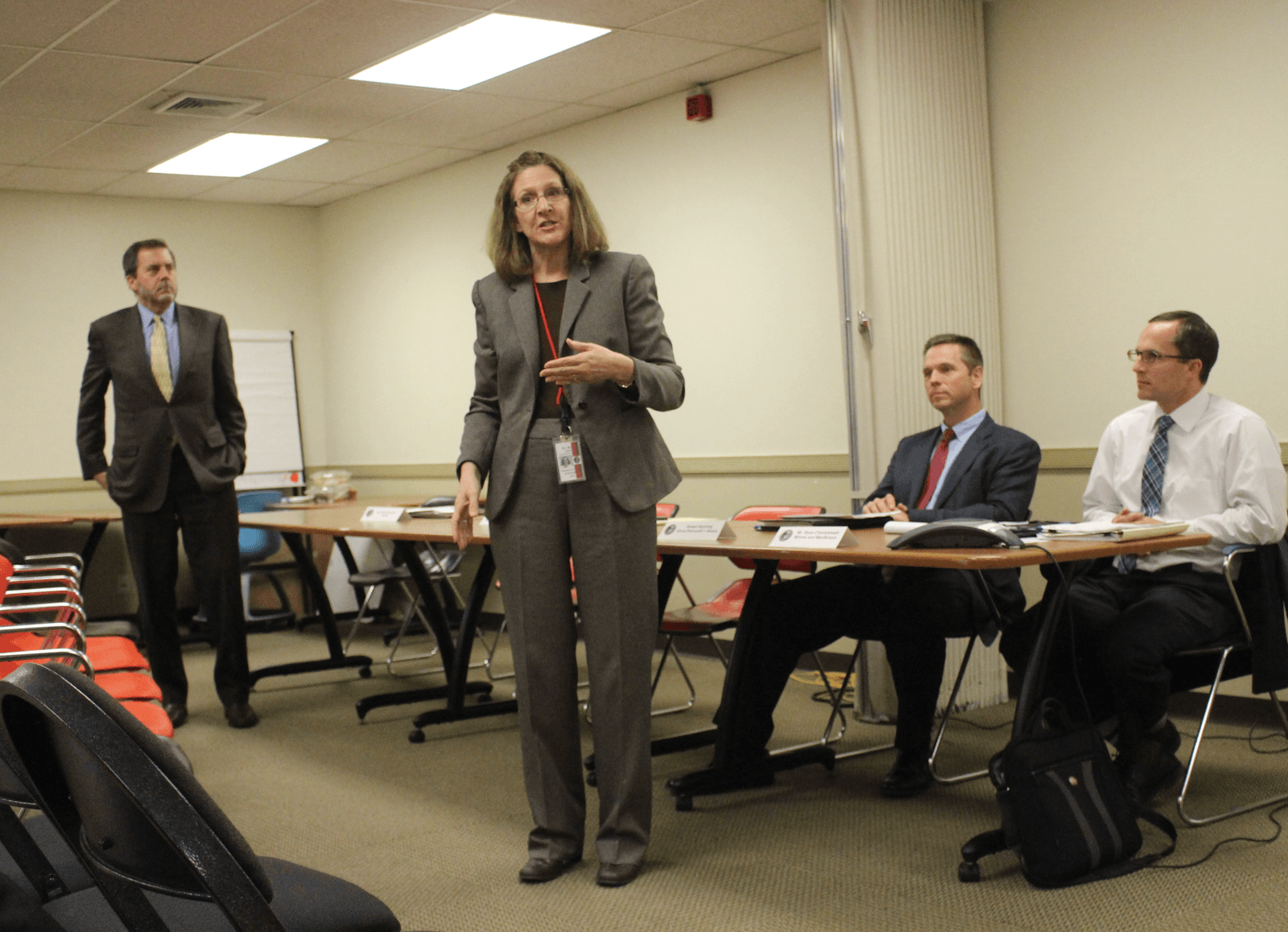 It’s also been two years since Architect Russ Davidson of KG&D Architects, presented a draft of options A, B and C for redeveloping Cardinal Field.

In the intervening time, not only is there a new superintendent, but GHS has a new headmaster, and Greenwich Schools has a new Chief Operating Officer.

Beyond personnel changes, the stadium remains frozen in time.

The stadium does not have rest rooms.

It is not ADA compliant.

There are no team rooms.

The bleachers, which were condemned last April, are being held up with temporary scaffolding made possible by a $120,000 gift from the Greenwich Athletic Foundation in the form of installation of temporary scaffolding, plus six months of rental, which expires at the end of December.

According to the committee’s minutes, the group talked about adding an access road design, and considerations for pedestrians crossing it.

They came up with three ways to configure the road given the presence of 8 tennis courts and adjacent wetlands.

According to the minutes, “KG & D looked at the recent traffic study, and the study itself supports the addition of a road for another entrance/exit to the property. The Town of Greenwich held input meetings with neighbors, and it is documented that there is support for a secon entrance/exit to the site.”

The committee also discussed ADA compliant parking, and placement of a concession stand, team rooms, storage for home and visitors, as well as bathrooms.

A special meeting of the BOE is schedule for Tuesday, Jan 7, 2020 at Central Middle School.

On Jan 2 Dr. Toni Jones emailed families to say that The Cardinal Stadium “Project Big Red” Committee had met several times and decided unanimously or recommendation to the Board of Education at the special meeting.

The proposed option will be presented by KG&D Architects, followed by Board of Education discussion, and then the public will be provided an opportunity to comment on the proposal.