If you’re heading to Greenwich Point this Memorial Day weekend, you’ll be in good company. And maybe some bad.

Just in time for the holiday weekend, Greenwich has added four security cameras at the entrance to Greenwich Point, also known by locals as Tod’s Point.

Jeff Freidag, Superintendent of Marine Facilities & Operations for Greenwich Parks & Recreation Dept, confirmed by phone on Wednesday that four cameras are being installed in time for the holiday weekend.

“They’re going in to provide security, safety and service,” Freidag said. “The cameras give us better visualization of who is coming and going from the Point. Especially at sunset when people sneak in.” 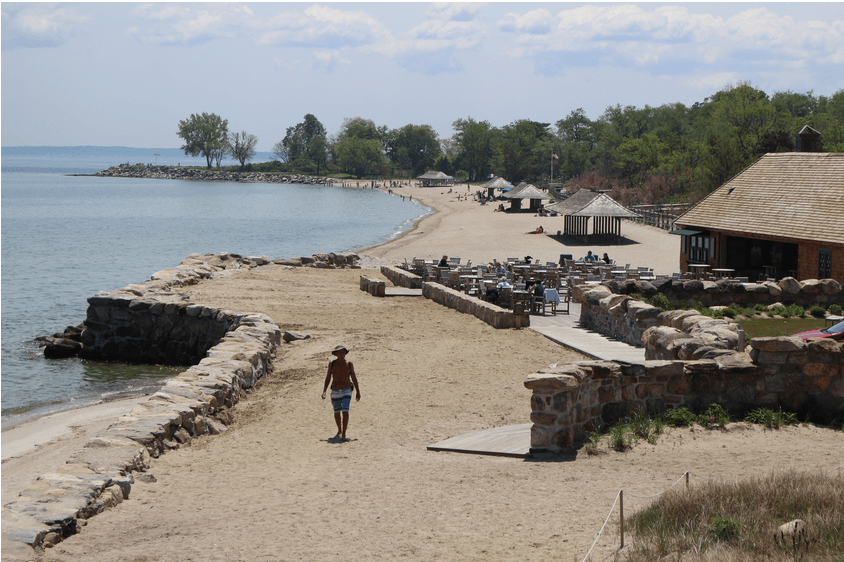 A mid-week morning in May at Tod’s Point. A view from upstairs at the Innis Arden Cottage. Credit: Leslie Yager

Freidag explained that at sunset, the double gates at the park entrance are partially closed by the caretakers.  The exit gate remains open until midnight so that  members of the Old Greenwich Yacht Club can return from their boats and exit the park.

“At sunset Mike or Larry closes the entrance and go through the park to make sure people leave and go home,” Freidag said. “The problem is that people sneak in through the open exit. The cameras will catch people doing that.”

Freidag said one of the four cameras is a located on causeway to capture video of offenders sneaking into the park. 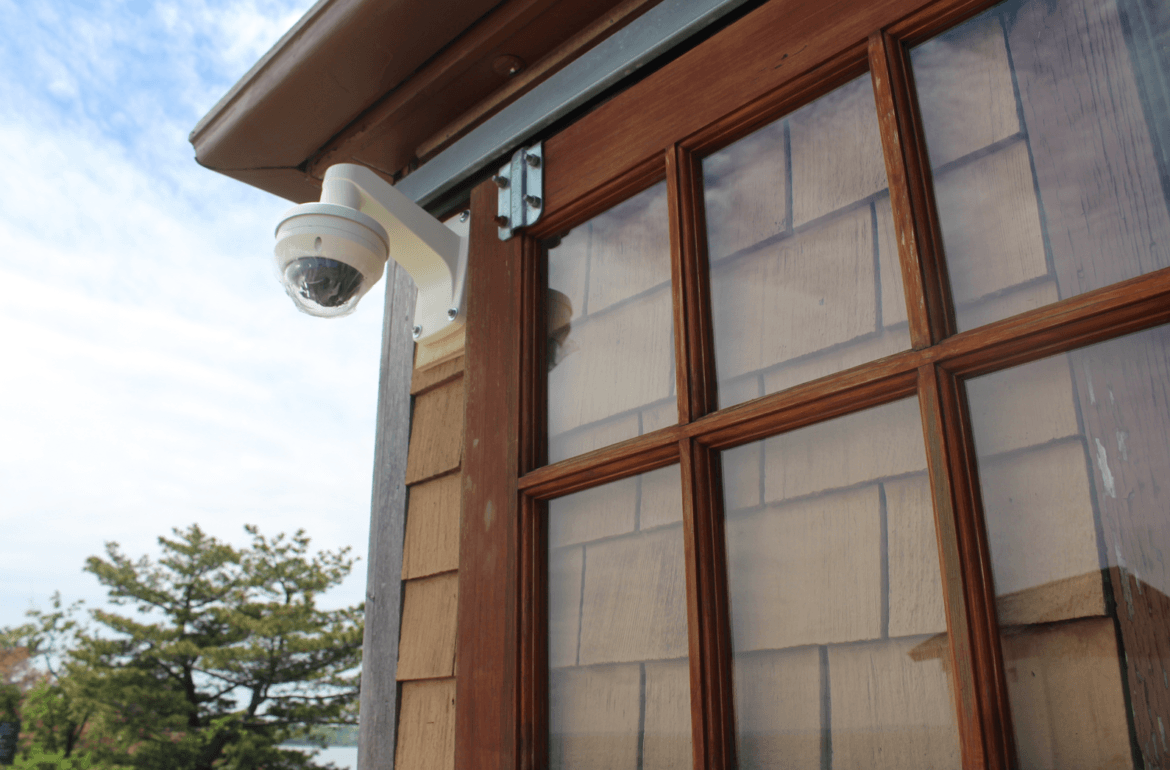 New Security Cameras at the gatehouse at Greenwich Point. May 24, 2017

There are two more cameras affixed to the gatehouse to capture video of people arriving.

“Some people just drive right past the gatehouse,” Freidag said. “Now, we can just review the tape and notify the police.”

“When people know they’re on camera, they tend to behave better,” Freitag said, adding that the cameras at Greenwich Point are the same as those at Greenwich High School.

On Wednesday, out-of-towners who arrived without beach cards were turned away. And while they were indeed gracious, workers at the gatehouse said they have been sworn at and treated with disdain. 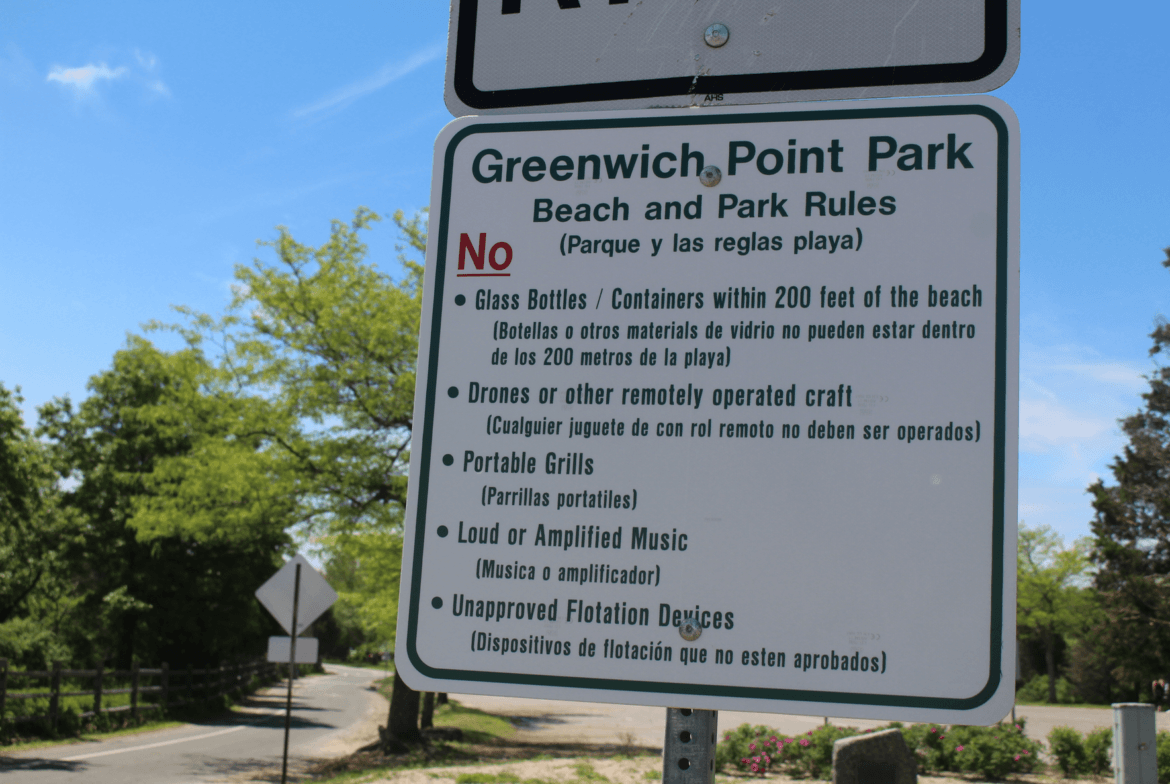 Rules are posted at Greenwich Point. May 24, 2017 Photo: Leslie Yager 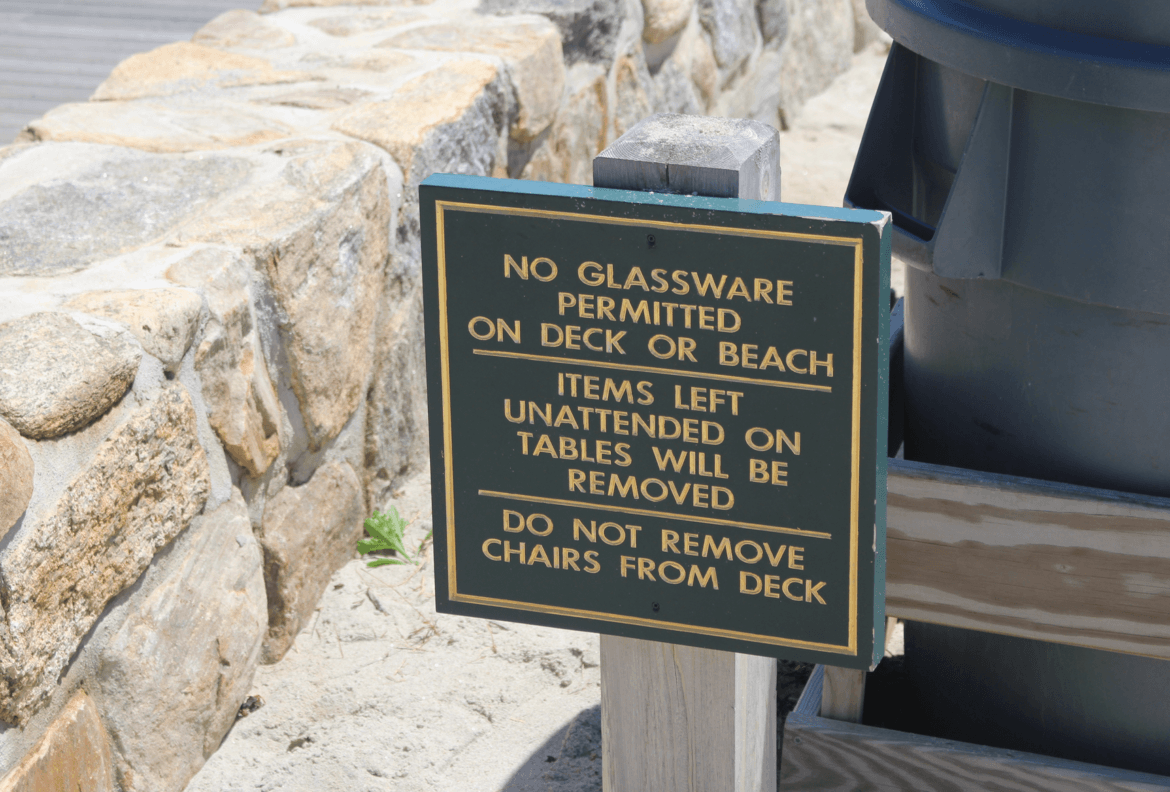 At the Susie Baker Pavilion, rules are posted. May 24, 2017 Photo: Leslie Yager

“What’s Cooking” This Summer at the Tod’s Point Beach Concessions?