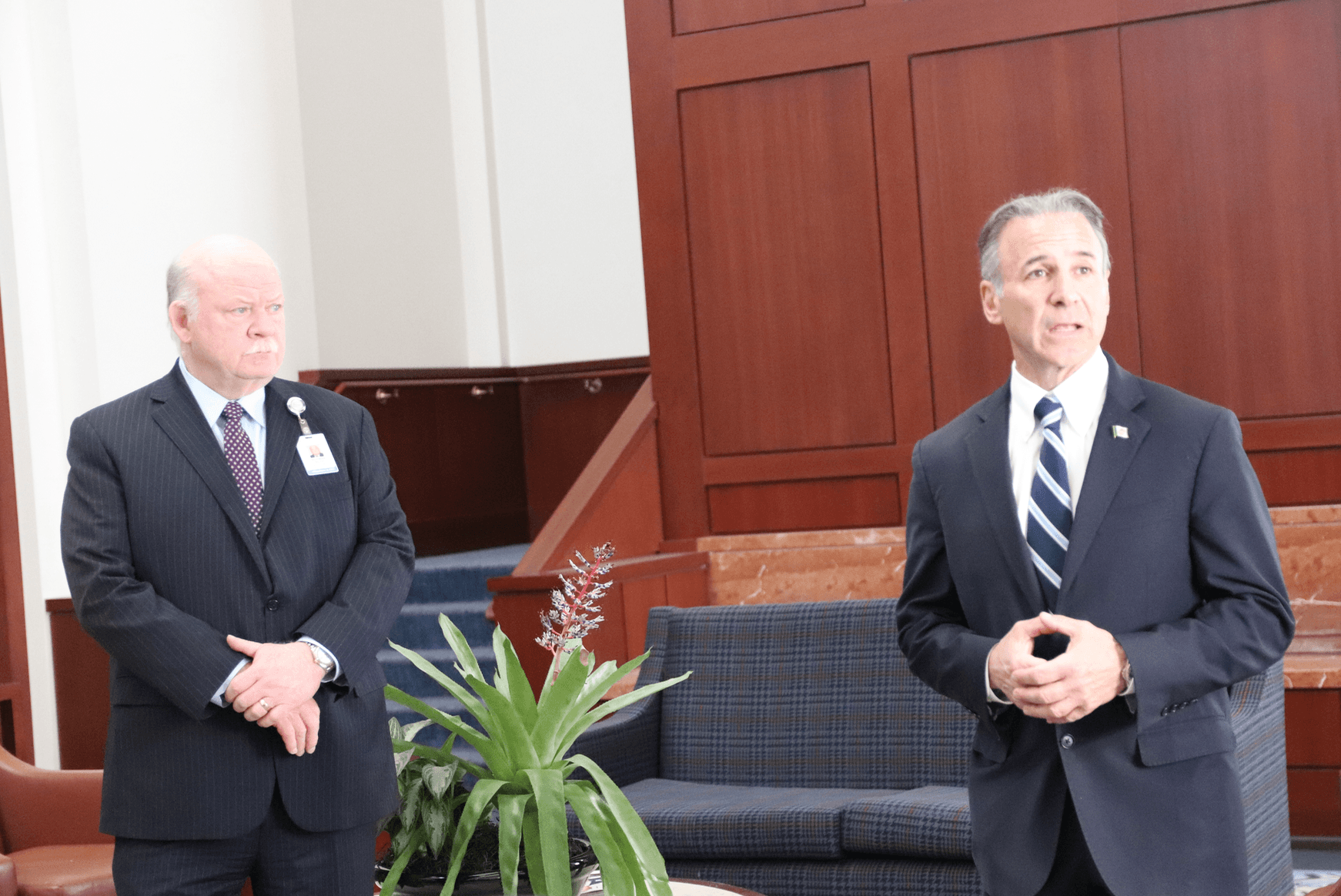 This story has been updated to include a joint statement of Greenwich Hospital CEO Norman Roth and Greenwich First Selectman Fred Camillo issued at 3:00pm.*

“It’s a crazy time in a crazy day,” Camillo started, adding that later in the day he planned to declare a state of emergency in Greenwich.

“It will broaden power of the First Selectman to implement measures that are called for,” he said. “We’ll be looking at it on a daily basis.”

Further, he said all town buildings and facilities will be closed, including playgrounds, though not parks in general.

“I was just about to order all restaurants to just do takeout, but I got pre-empted by three governors,” Camillo said. “We are concerned about our citizens, but also not overburdening our hospital, protecting our healthcare workers and employees. We’re trying to flatten the curve and try to stay ahead of this as much as possible.”

“We have been communicating and working with local, state and federal officials on preparedness. Greenwich Hospital is seeing patients in the Emergency Department,” he continued. “We also have segregated spaces for those who are demonstrating respiratory symptoms.”

“This is a national crisis we are facing…We think we are ahead of this, but the virus is highly contagious and we’re trying to flatten the curve.” – Norman Roth, Greenwich Hospital CEO

Camillo said his phone lines have been blowing up with comments about people having parties and gatherings.

“You can never be too safe. It’s going to inconvenience everyone for 6 to 8 weeks. Then hopefully we’ll be on the other side of this when it gets warmer, hopefully in May,” he said, adding that residents should get their information not from social media but rather from the CDC website and Dr. Anthony Fauci, who is an immunologist and Coronavirus expert employed by the National Institutes of Health of the United States.

Camillo said he spoke to the BET about a request for $100,000 to be part of a public-partnership between the Town, Greenwich United Way and Neighbor to Neighbor to assist the 17,000 people who fit into the ALICE Category. ALICE stands for Asset Limited Income Constrained and Employed. 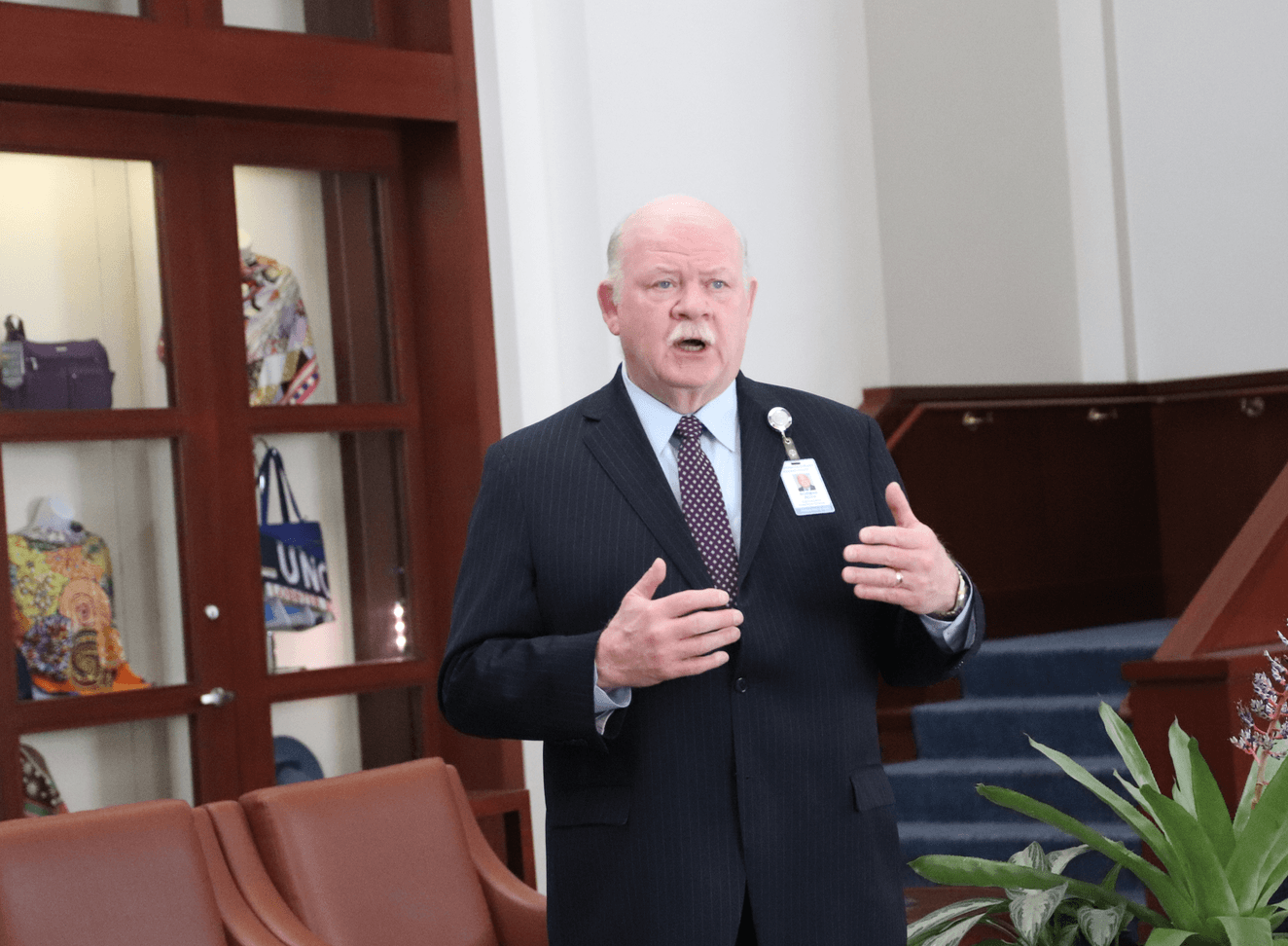 “Wash hands. Make sure to wipe off surfaces,” he added. “Our staff has gone through rigorous training on proper personal protective equipment.”

Roth said the hospital is prepared for the outbreak and has the Yale-New Haven Health System has significant resources.

Still, he said, “We are concerned about making sure we flatten the curve of exposure. Social distancing and some of the limitations placed on all of us in terms of school closures and now restaurant closures – We have moved everything to telephonic meetings. We are avoiding any large crowds, even within the hospital.”

Roth said he and the First Selectman have been in frequent contact in order to coordinate the hospital and town responses.

“We think we are ahead of this but the virus is highly contagious and we’re trying to flatten that curve,” he added. 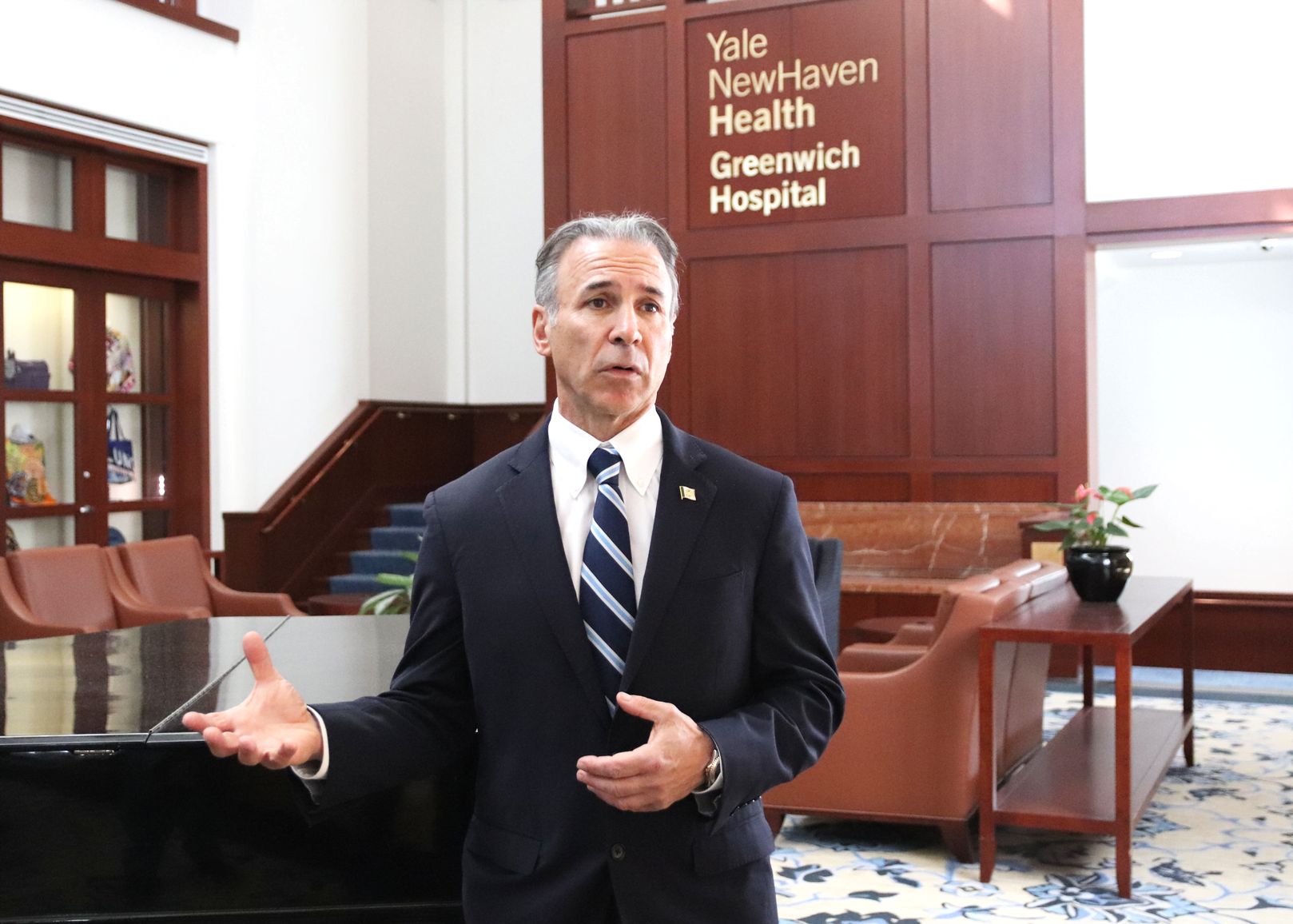 Greenwich Hospital and the Town of Greenwich have been preparing for COVID-19 for the past two months. Anyone with symptoms is urged to contact their physician directly and not come directly to the Emergency Department.  Greenwich Hospital continues to operate its mobile collection site located in the hospital’s parking lot and it requires a physician’s order to have a patient tested for COVID-19.

Any patients who come into the Greenwich Hospital Emergency Department with symptoms are being placed in isolation and all recommended precautions are being taken to protect our staff and other patients. We are not allowing any visitors in the hospital other than those essential to care.

Both in Greenwich and throughout our Health System, we have been in regular contact with our state and local representatives, including First Selectman Fred Camillo, to ensure a continuous dialogue and sharing of information.

Greenwich Hospital is fortunate to be a member of one of the nation’s leading health systems, with access to some of the world’s most prominent infectious disease specialists at Yale New Haven Health and Yale Medicine. We are communicating on a regular basis with those experts as well other hospitals in our health system.

COVID-19: Six Tips to Combat Loneliness and Boredom During Self-Isolation