Mike’s Organic has expanded from its roots as a CSA and farm-to-home food delivery service established ten years ago by Mike Geller.

Now the operation features a local bricks and mortar store on Fairfield Ave in Stamford.

The addition of the market is a boon to the health conscious community who desire real food and insist on knowing where it comes from. 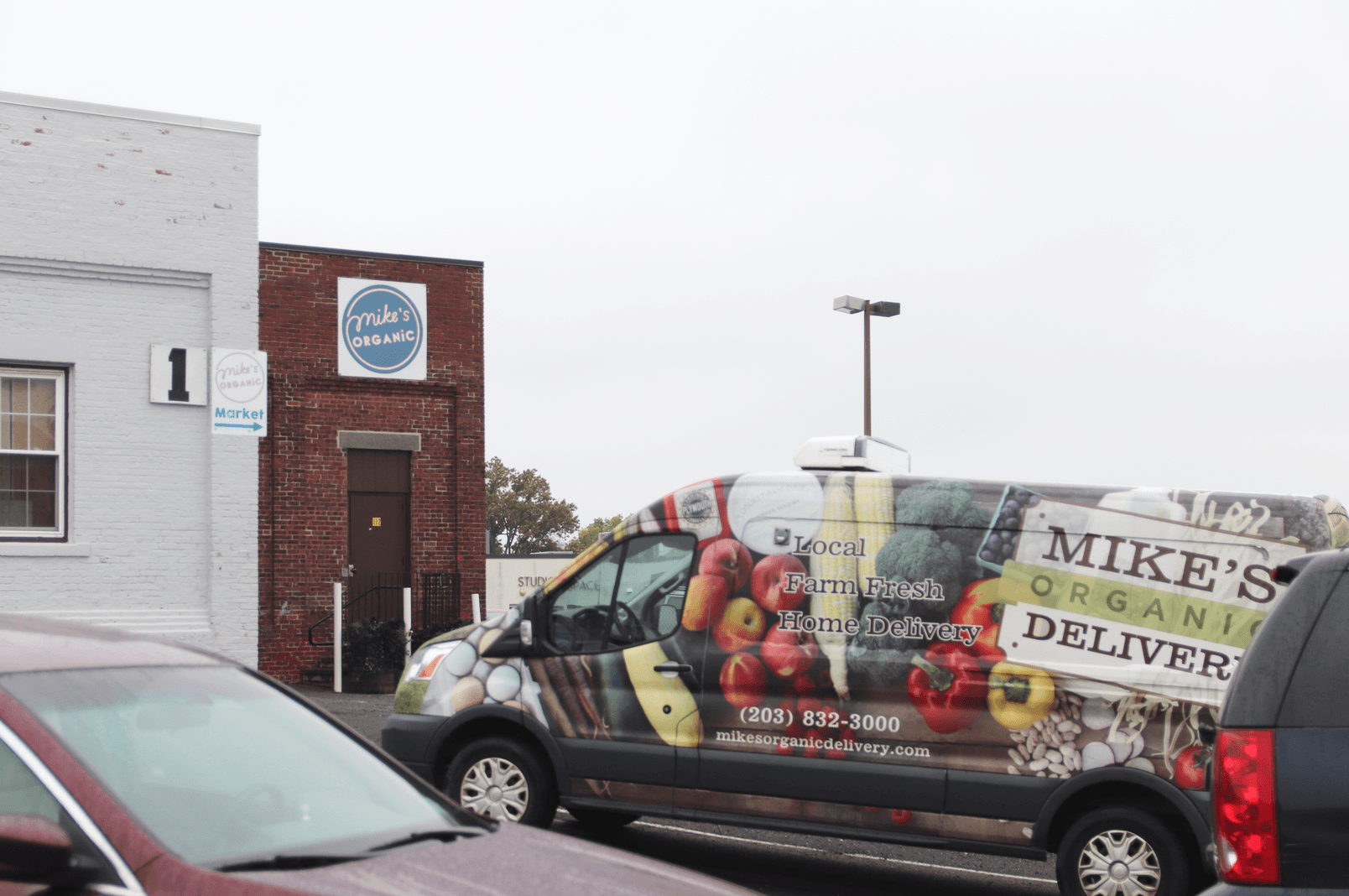 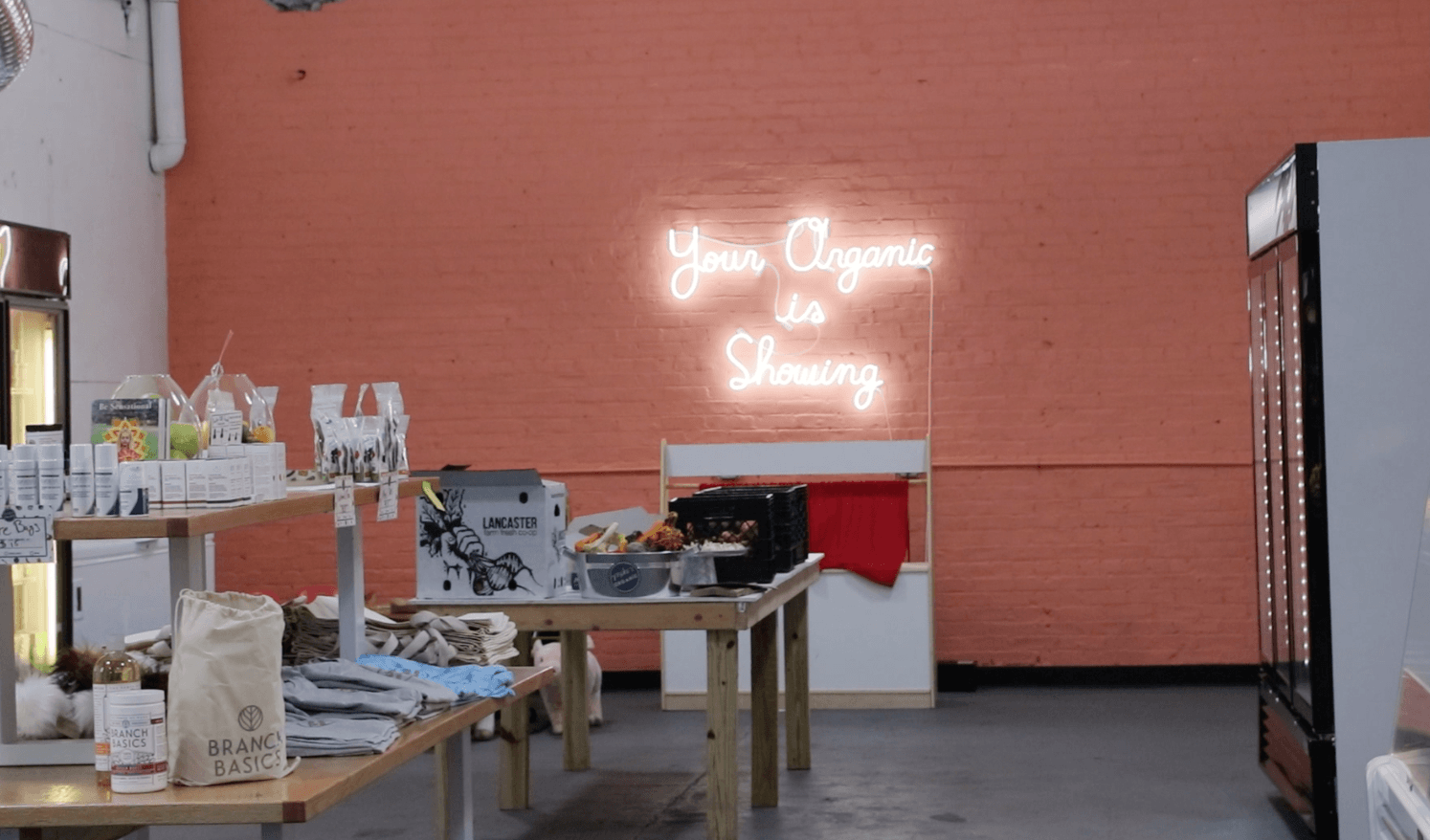 A sign over the children’s play area at Mike’s Organic Market says “Your Organic is Showing.” Photo: Leslie Yager

Located next to the Loading Dock, the spacious market was originally a paint factory, and more recently home to a carpentry business.

The exposed brick walls and high ceilings lend to the theme of authenticity and sense of discovery.

“This kind of transparency and connection is not typically afforded to the consumer in a retail food setting. We can tell you what the chicken was eating, and when the asparagus was picked.

Half the time you go to a restaurant and order fish, the fish you’re getting is not what you ordered. People are entitled to have that information.” – Mike Geller, Mike’s Organic Market

Indeed, Geller said his following has developed through positive word of mouth and his presence over the years at events ranging from Greenwich Sidewalk Sales days to the Wine + Food Festival and Greenwich Town Party. 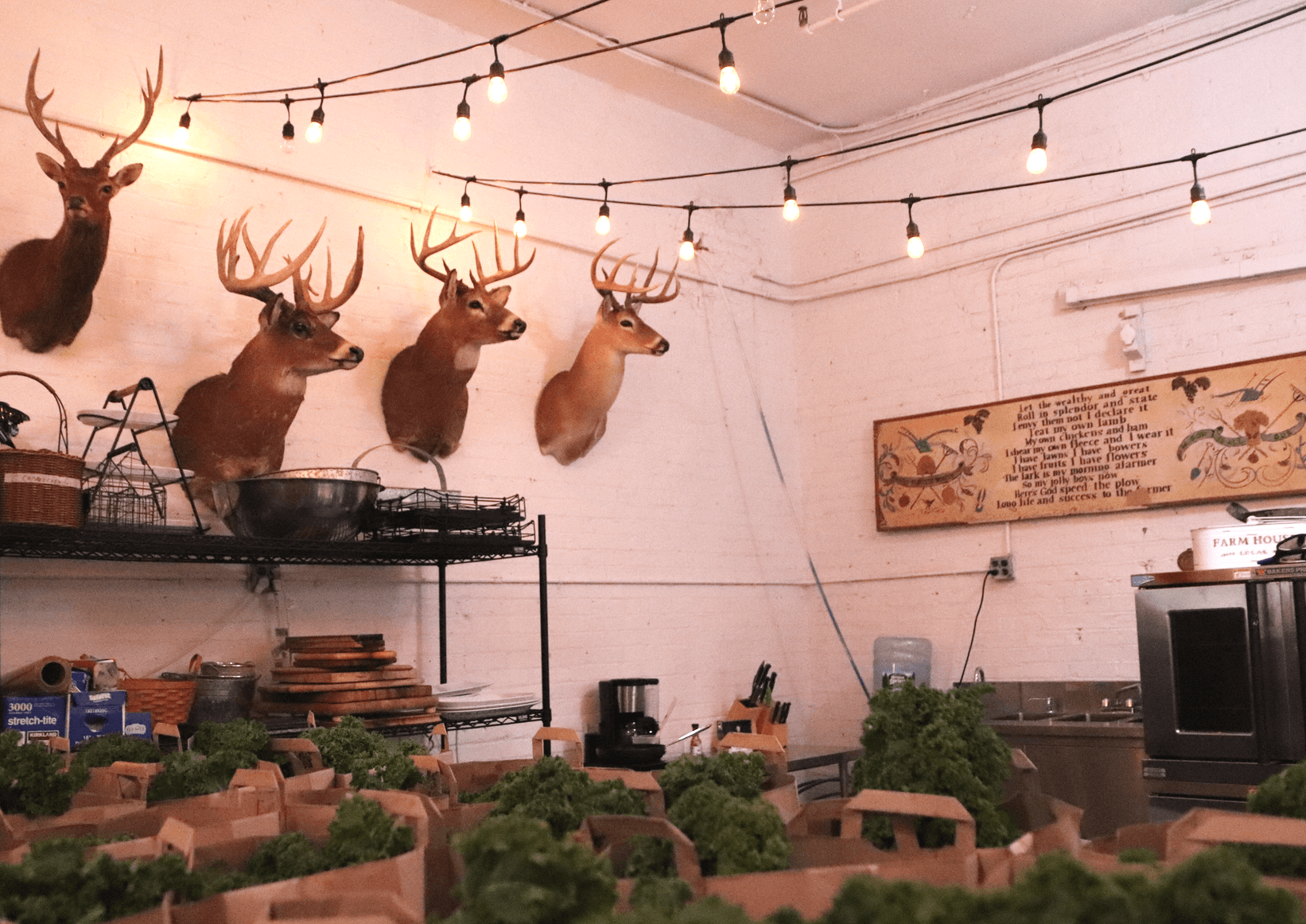 “These are all Greenwich guys I’ve known a long time,” Geller explained, as he cooked up a batch of asparagus, peppers, and cherry tomatoes and topped the steaming veggies with a fresh, fried egg, sunny side up.

Geller’s love of entertaining is evident, and his hospitality has fans returning to take classes and enjoy pop-up experiences, in addition to shopping for the finest grocery products.

Geller, who has a background in the music and events businesses, said since renovating the warehouse in May, his team has hosted a number of events.

“We’ve done a pig roast, a concert with Pete Francis of Dispatch, a Wagyu beef night and a sheep shearing demonstration that drew 300 people,” he said. 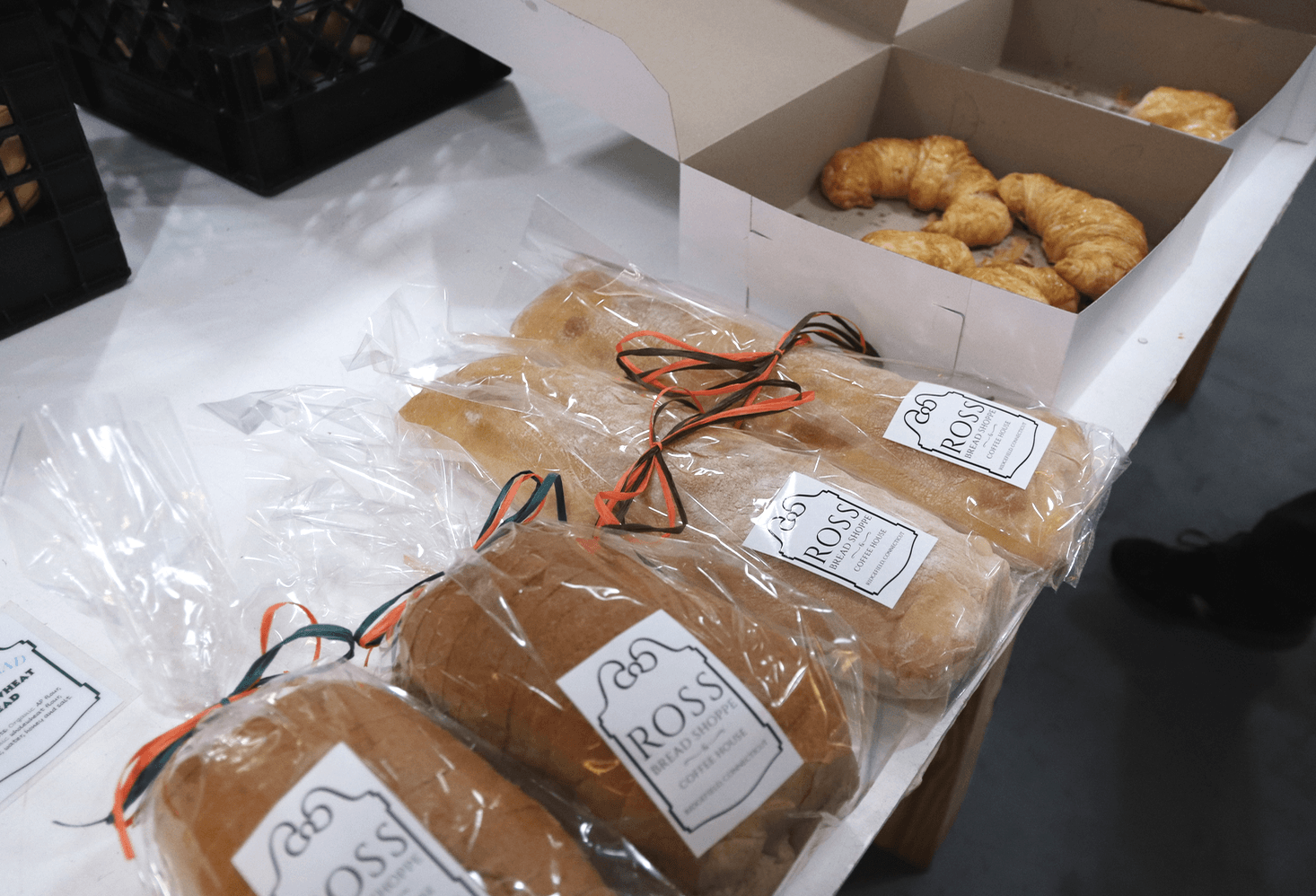 Bread, croissants and cookies made daily from scratch at Ross Bakery in Ridgefield. Photo: Leslie Yager

“People are contacting us and saying we want to do an event at your place. Tonight we have a cooking class. Saturday we’re doing apple pie baking class with Ross Bakery.”

Geller said he enjoys the adrenaline rush of hosting an event. He was an athlete in school and likens events to game day.

“You get butterflies and you’re motivated and focused,” he said. “You want everything to be perfect.”

Geller said there is a symbiotic relationship between the market and events.

“To compete in age of internet, if you have brick and mortar, you have to have unique and differentiated products and offer a great experience,” he said. “We always thought of ourselves as more than a market, but also a place for a cooking class or a concert that separates ourselves from food retail places in general.” 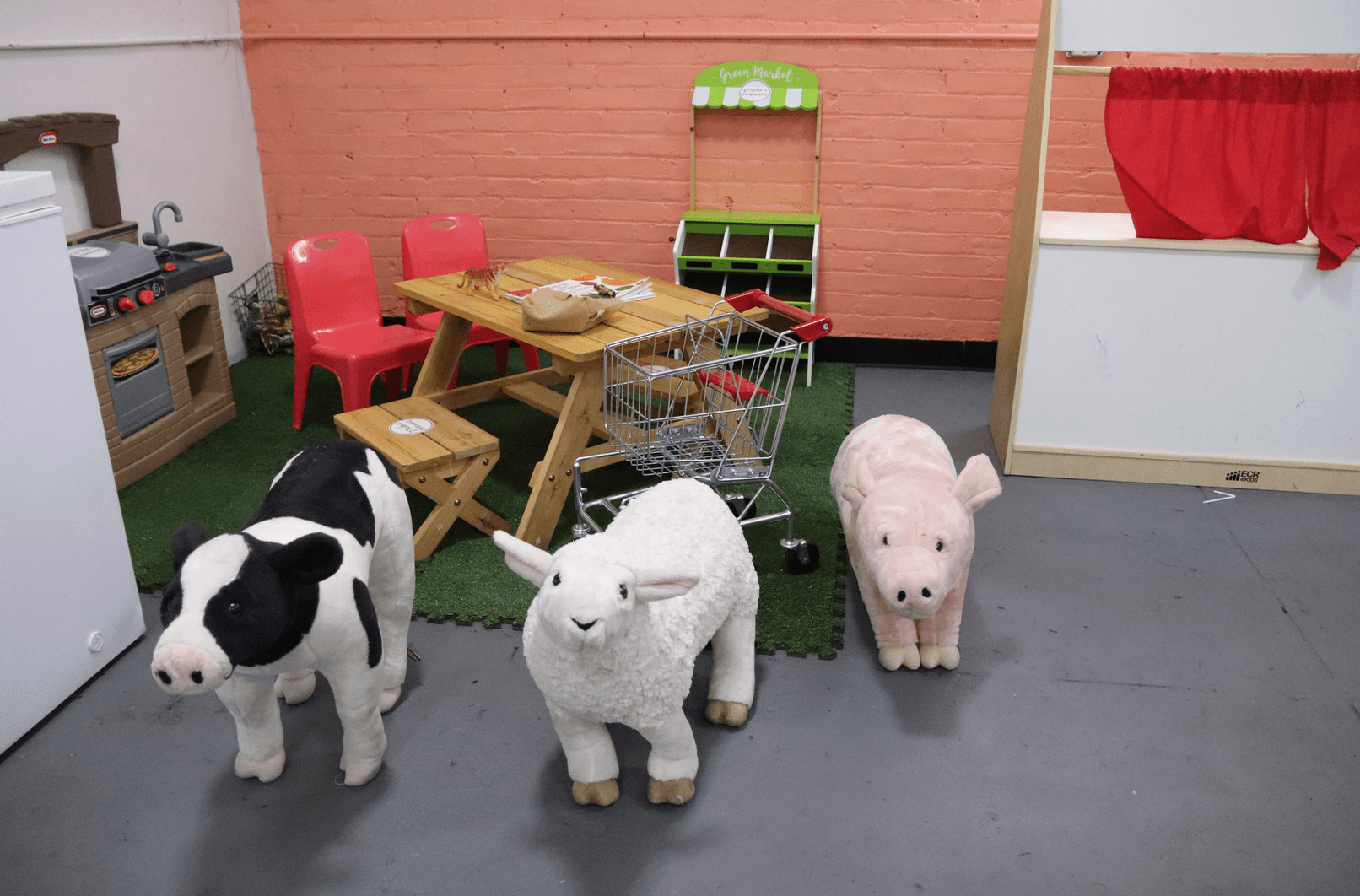 “People come in here all the time and say this is the coolest place they’ve ever seen,” he said adding that people often say the market reminds them of Brooklyn.

“There is not a lot of awesome stuff to do around food in Fairfield County or Westchester County.”

We’ve had so many clients come in and say they’re dissatisfied with the Whole Foods experience since Amazon took it over.” – Mike Geller

As Geller guides guests around the market, he shares stories of the farmer or producer behind each item.

“You should know the people behind the food. It’s cool you’re eating grass fed beef, but if you know the farmer’s name that’s even better. Some of their families have been doing this for hundreds of years. Connecting beyond a certified organic stamp is powerful, and is even more important than knowing something is organic,” he said.

“You as a consumer, shopper as a human being should be allowed to know what’s in or on your food. So much of our food system is predicated on obfuscation, not telling you what’s in it. That prioritizes the wrong things.” – Mike Geller, Mike’s Organic Market 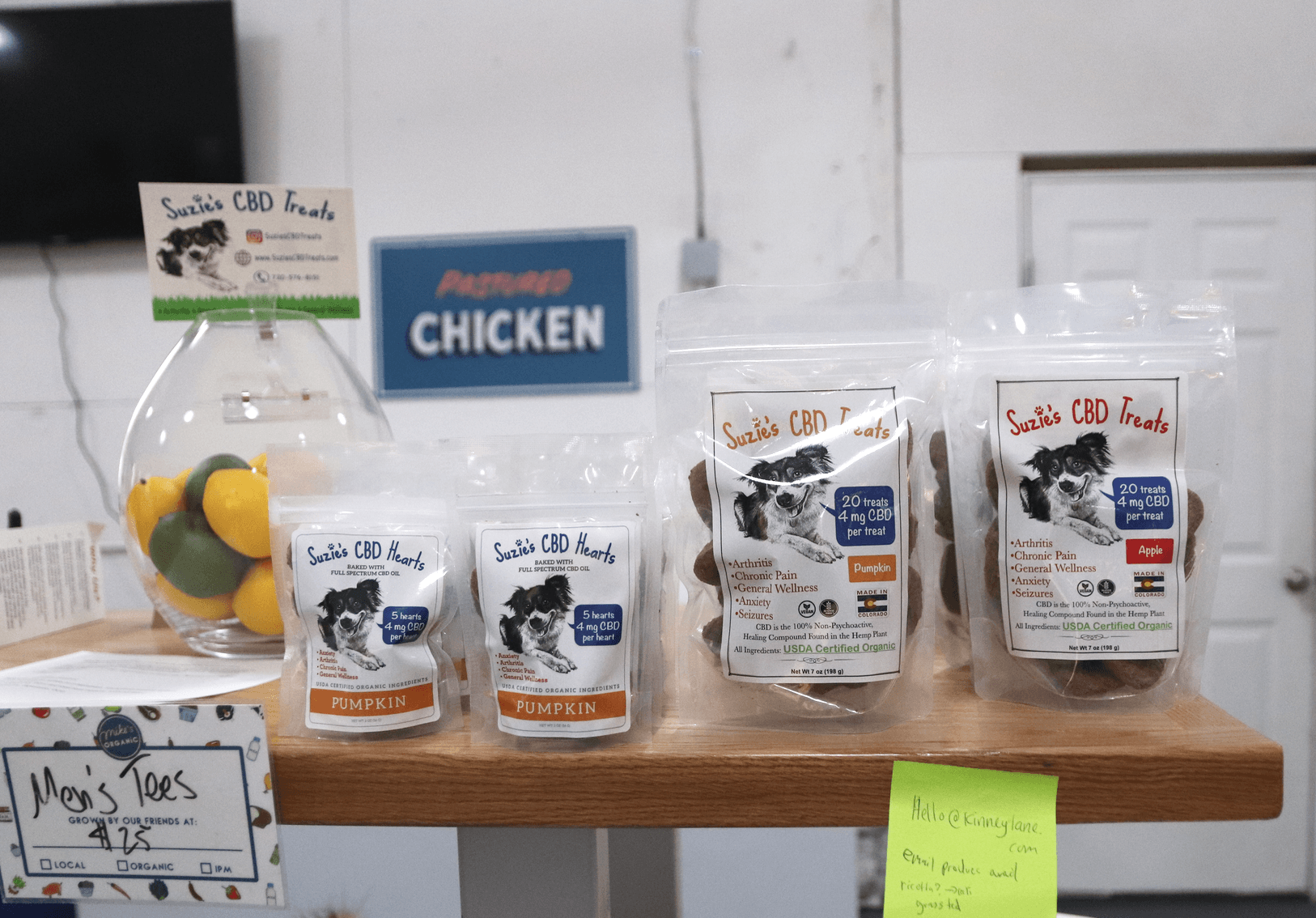 Since Tuesday was national #MakeADog’sDay, we bought a bag of Suzie’s CBD Treats in apple flavor for our 13-year-old black lab Roger, who jumped up on the bed for the first time in a year.

Then around midnight, to power through a work session, we moved on to the Peach Ginger Vybes with hemp extract. According to Vybes, Cannabinoids, naturally-occurring compounds in hemp have the potential to improve your well-being through a physiological process called homeostasis.

As “booch” lovers, our last selection from the refrigerated drinks case was the Cross Culture Kombucha Earl Gray Tea. Raw and organic, this fine kombucha is brewed and bottled in Danbury.

Near the drinks are a series of freezer cases containing pork, beef, fish & shellfish, lamb & game – all from local farmers listed on a hand painted sign. The market offers pastured meat, which means the animals live out in the grass in sunshine. 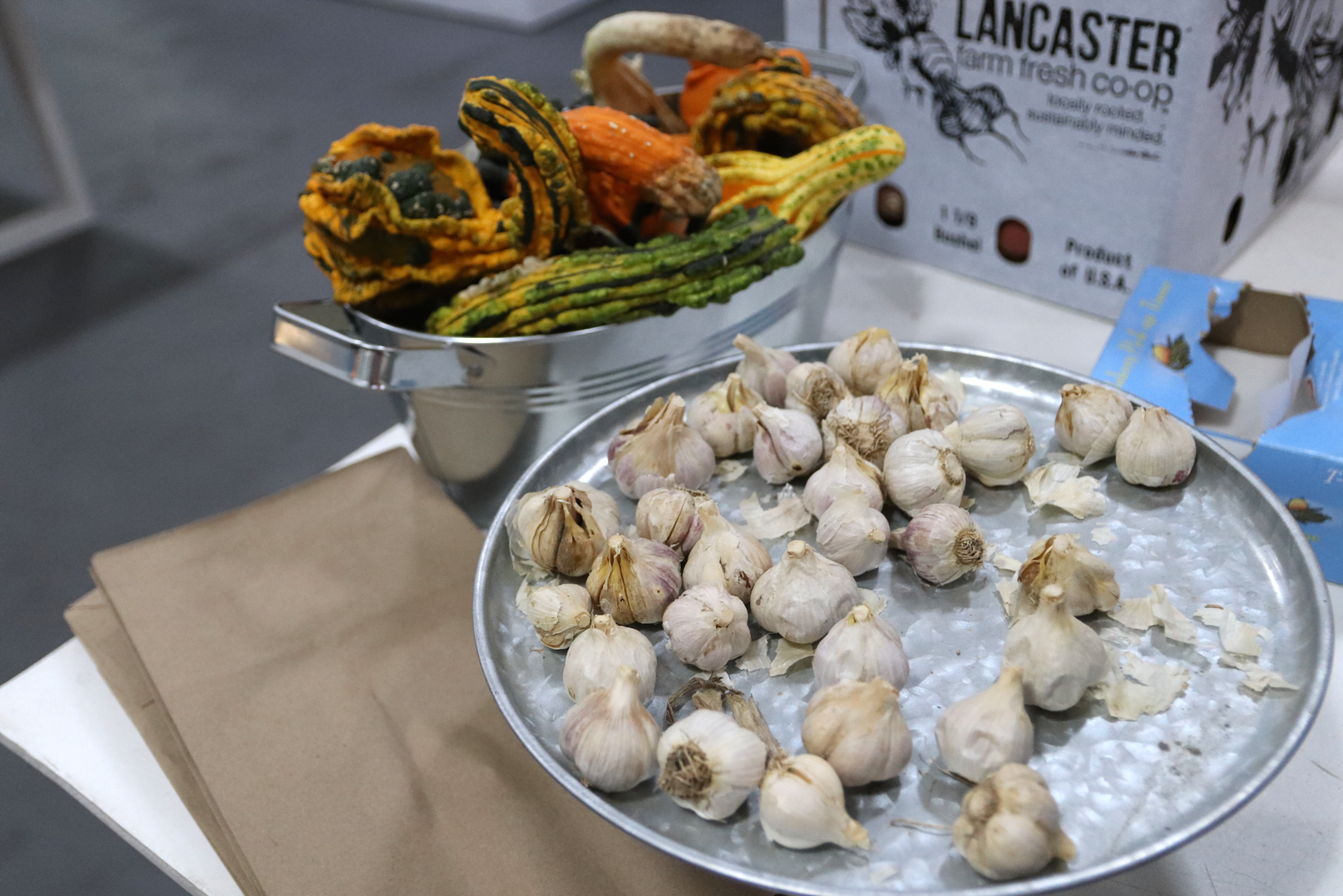 Geller said he offers wild fish sourced from a native American tribe in Kodiak, Alaska called S’Unaq who have their own fishing fleet.

There are plenty of organic pantry staples and provisions, including everything from pancake mix to olive oil.

Mike’s Organic sells Ross Organic Bakery’s breads, croissants and cookies.  We had a croissant and it was the very best. 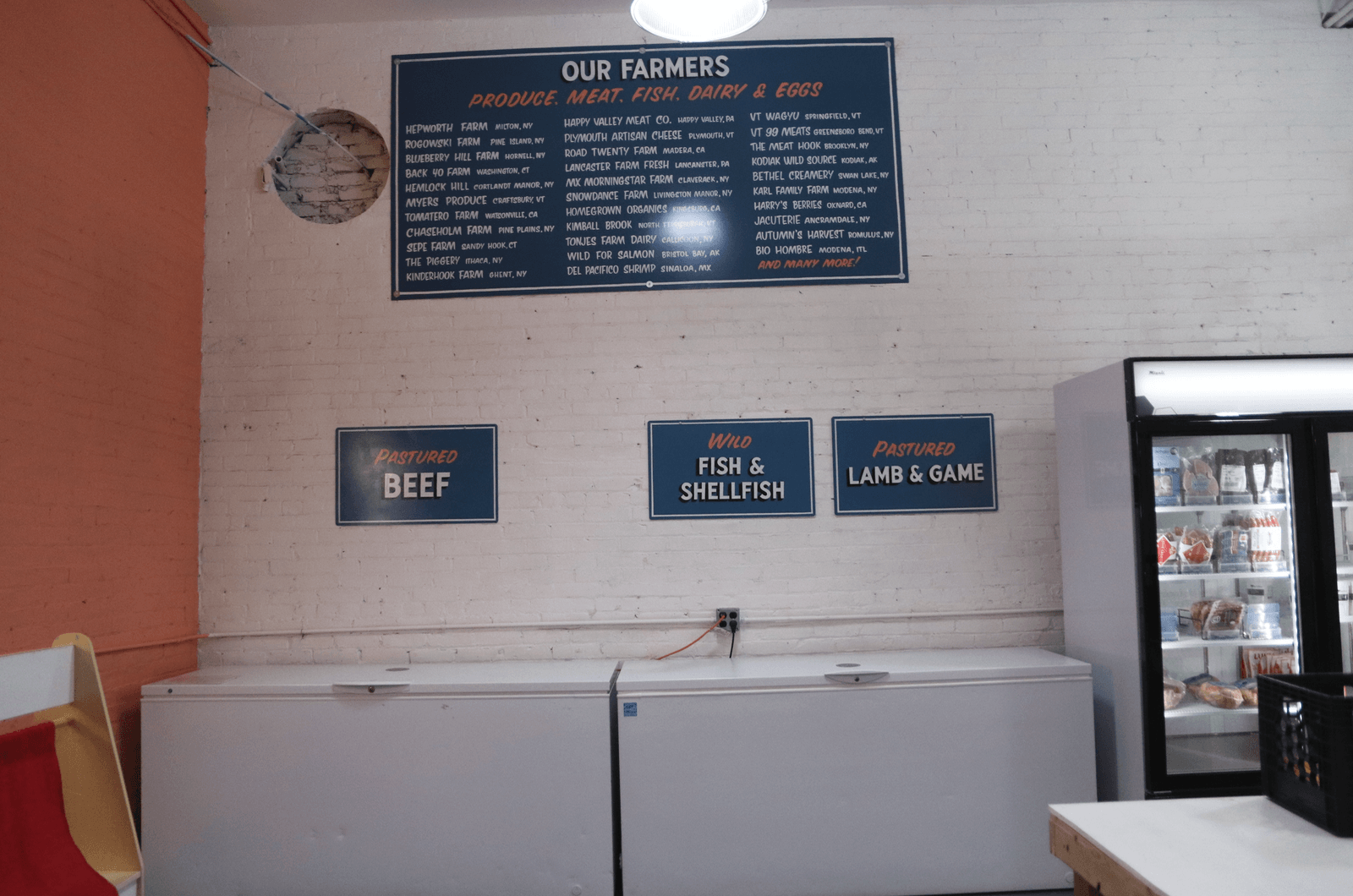 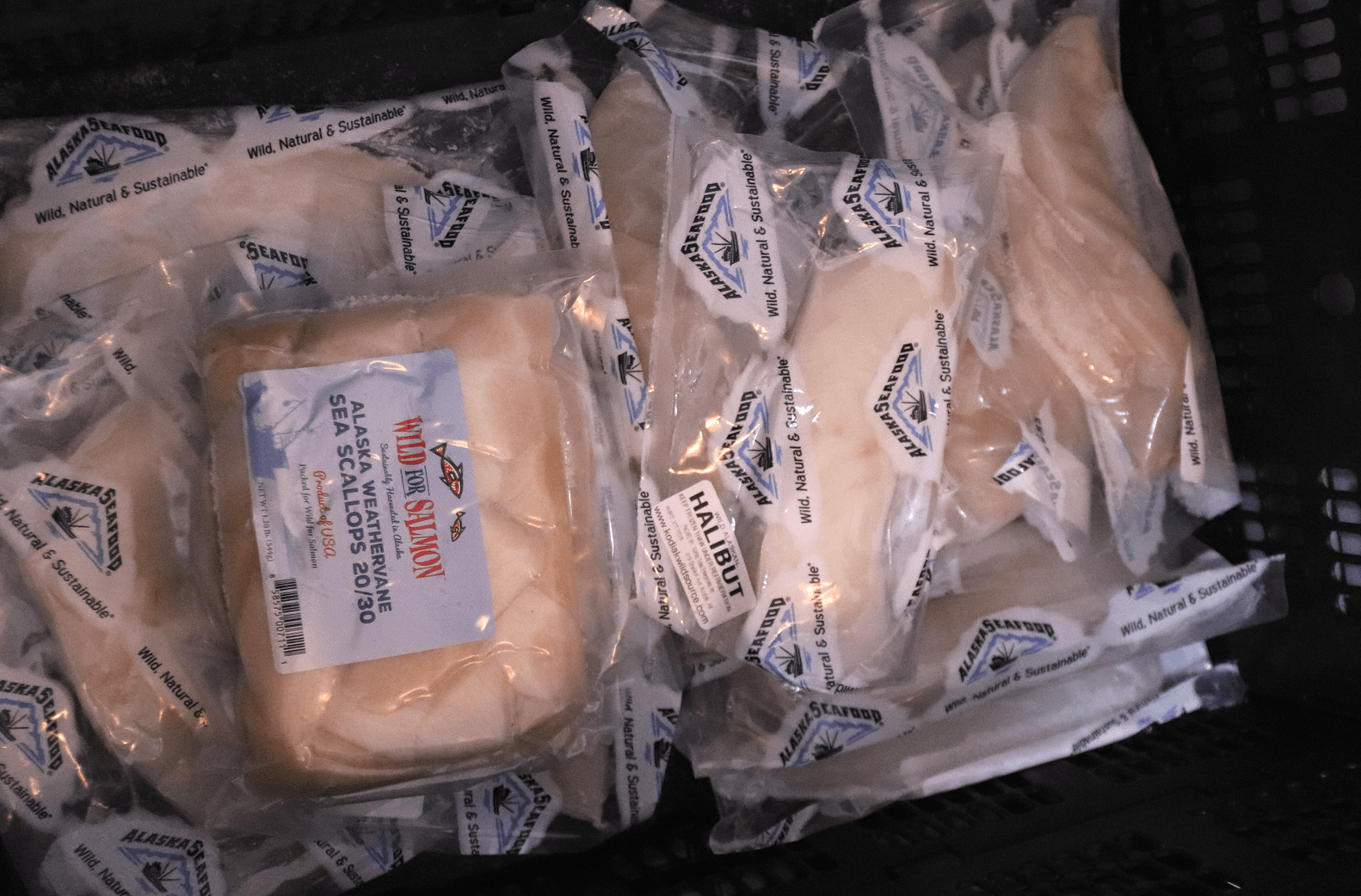 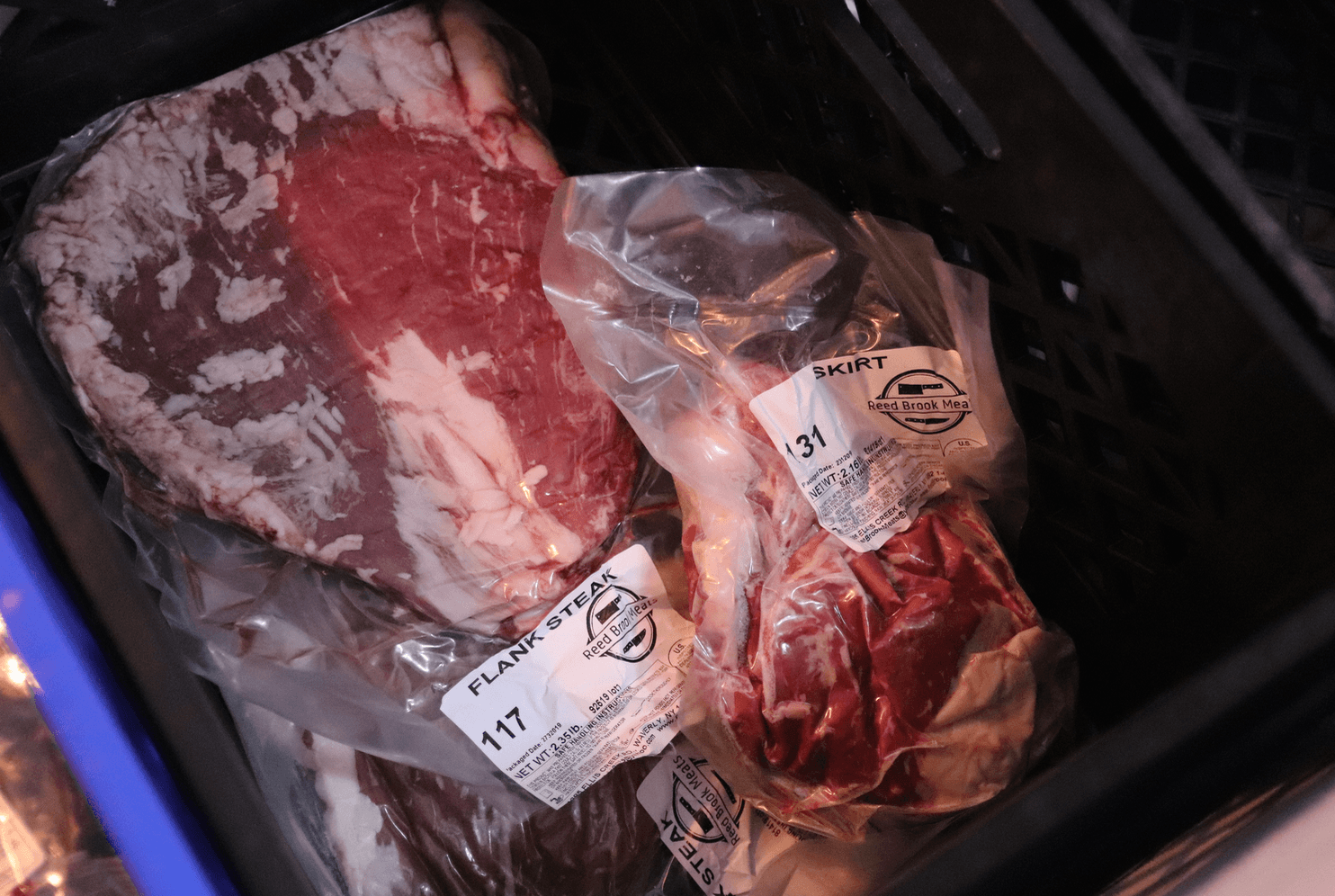 What’s next at the market? With only a month until Thanksgiving, Geller said it’s time to order for the holiday. All the fixings for Thanksgiving dinner are on his website.

“Thanksgiving is big for us here. We do a holiday feast where we prepare all the side dishes ourselves, including Yukon Gold mashed potatoes, whipped sweet potatoes, turkey gravy, bread stuffing and cranberry sauce,” he said. “We also sell fruit pies and do the turkeys.”

Geller said he sells pastured turkeys, not to be confused with”cage free” or “free range,” which typically do not mean what one would assume. The turkey might only live its last two weeks “free range.” And Cage Free may mean thousands of birds in a barn with minimal opportunity to ever get outside.

“These are gorgeous traditional styled turkeys from a farm in Romulus, New York, who live out in the grass, in sunshine,” he said. “They come fresh and we give you all the cooking instructions and tips.”

In fact Geller is organizing a free turkey carving class on Nov 21.

“We’ll be roasting a 24 lb turkey, taking it out of the oven and showing you how to do it ant not cut your fingers off,” he said. “I’ll also be making the gravy.” 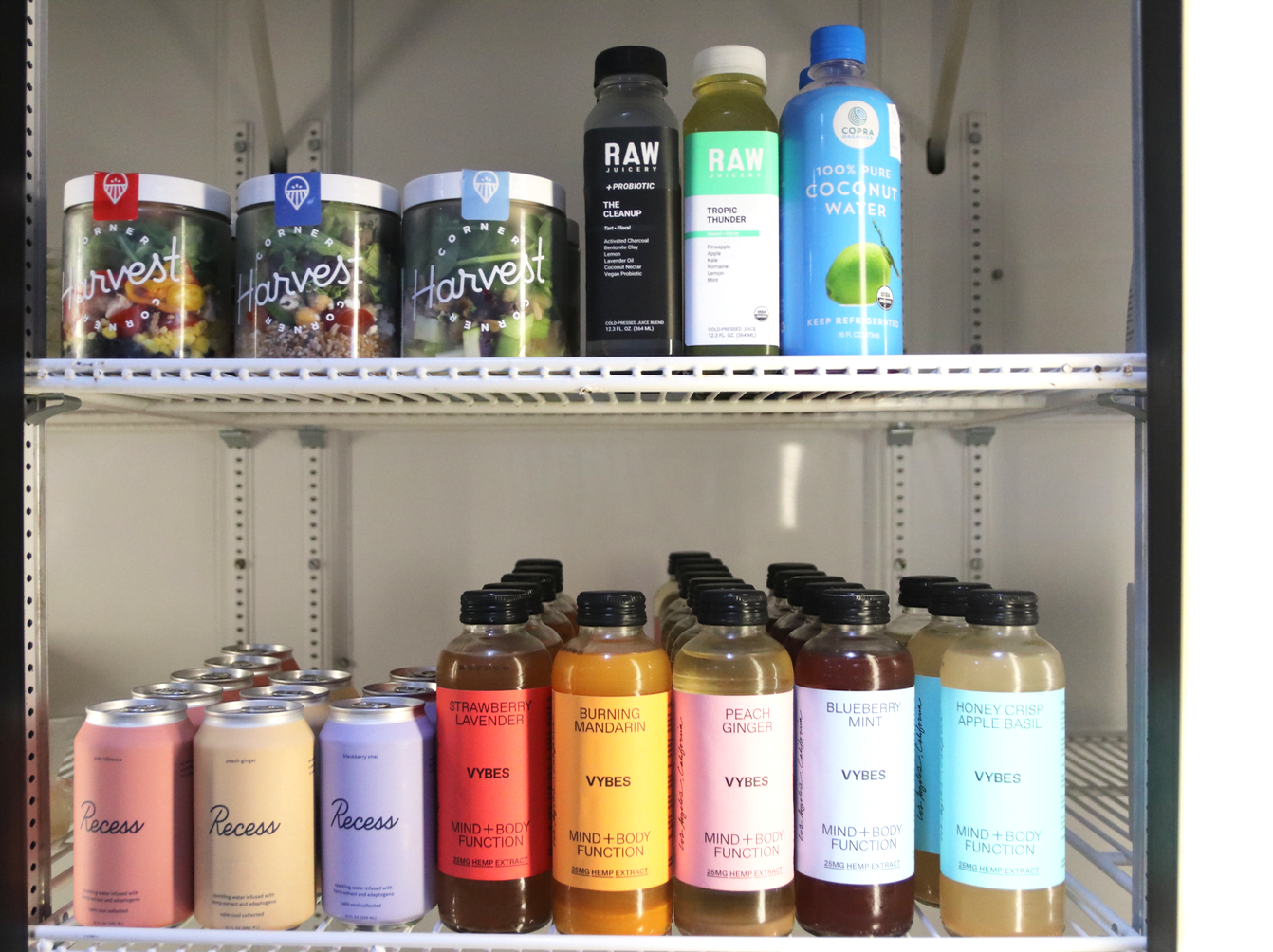 Corner Harvest offers a new twist on salads. There is also a range of healthy drinks including Recess and Vybes both made with hemp extract.

– Thursday, November 21, 7-9pm: Turkey Time – With just a week to go until the big day, attend a complimentary Turkey Time class and learn Mike’s top tips for everything turkey, from carving to gravy making. You’ll taste the difference of a turkey that has been pasture raised and nibble Thanksgiving-themed bites while Mike shares ideas and recipes to make this holiday the best one yet.

For Greenwich residents leery of hopping on I95 to exit 6, it’s possible to take the back way through Old Greenwich via Harding and Brown House to Selleck Street. 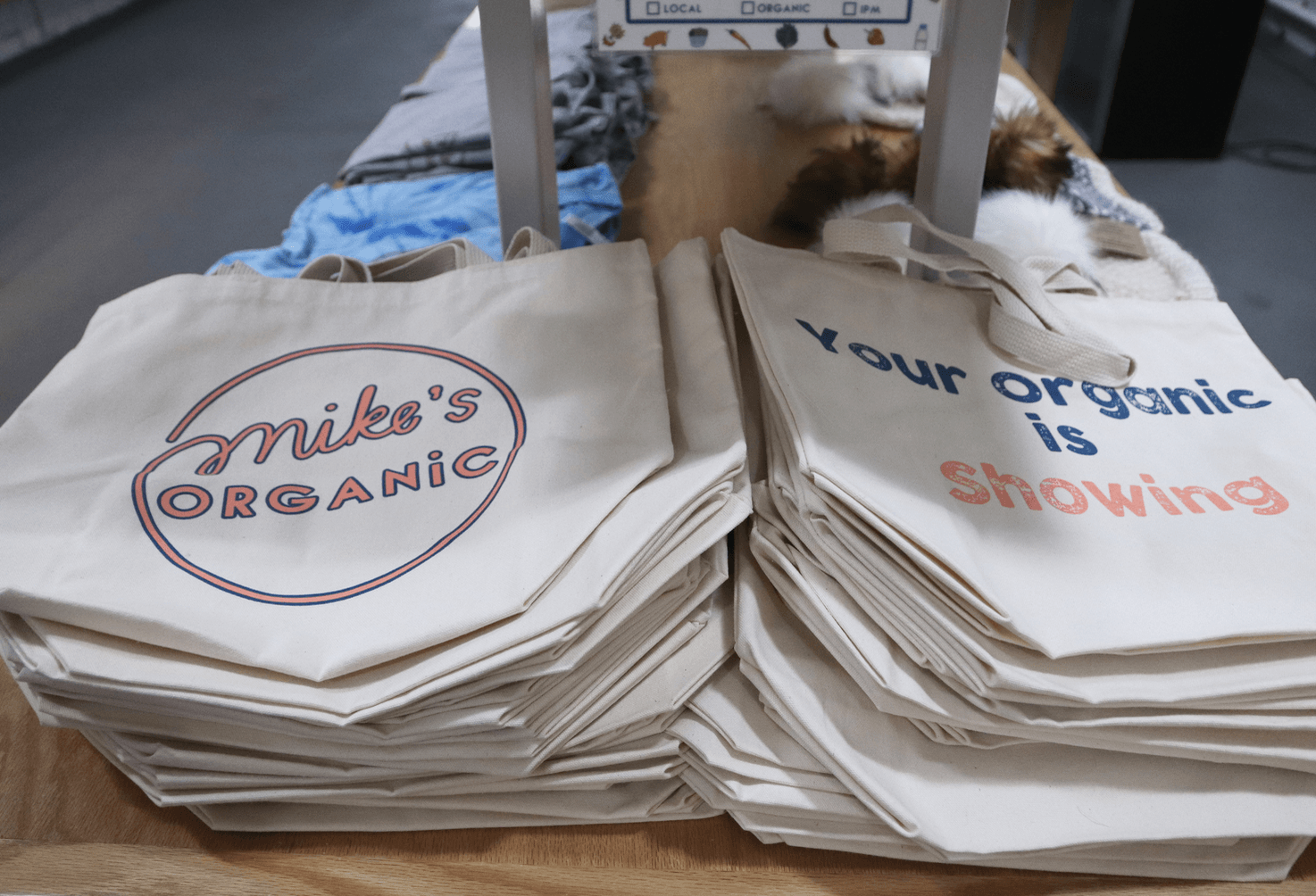 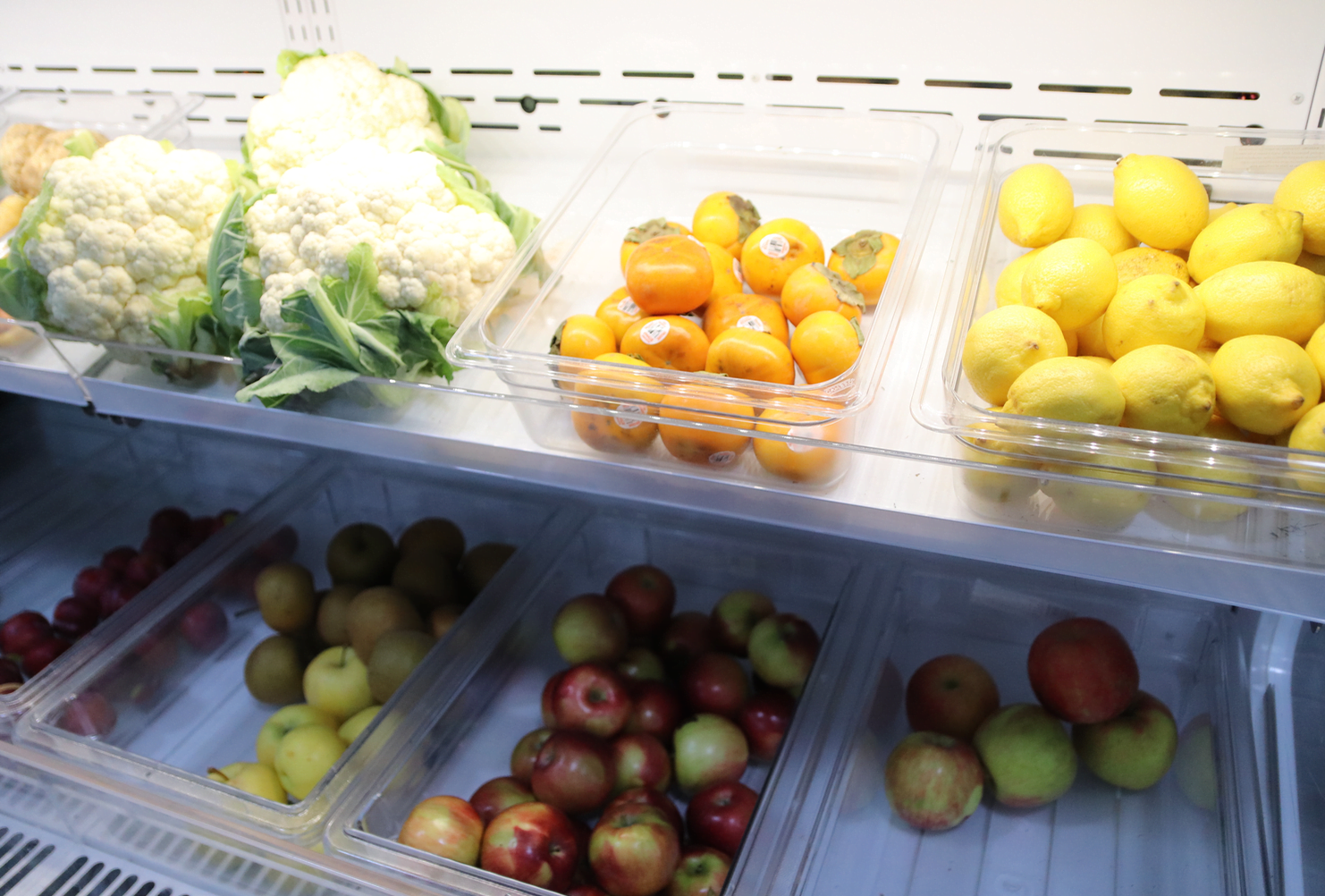 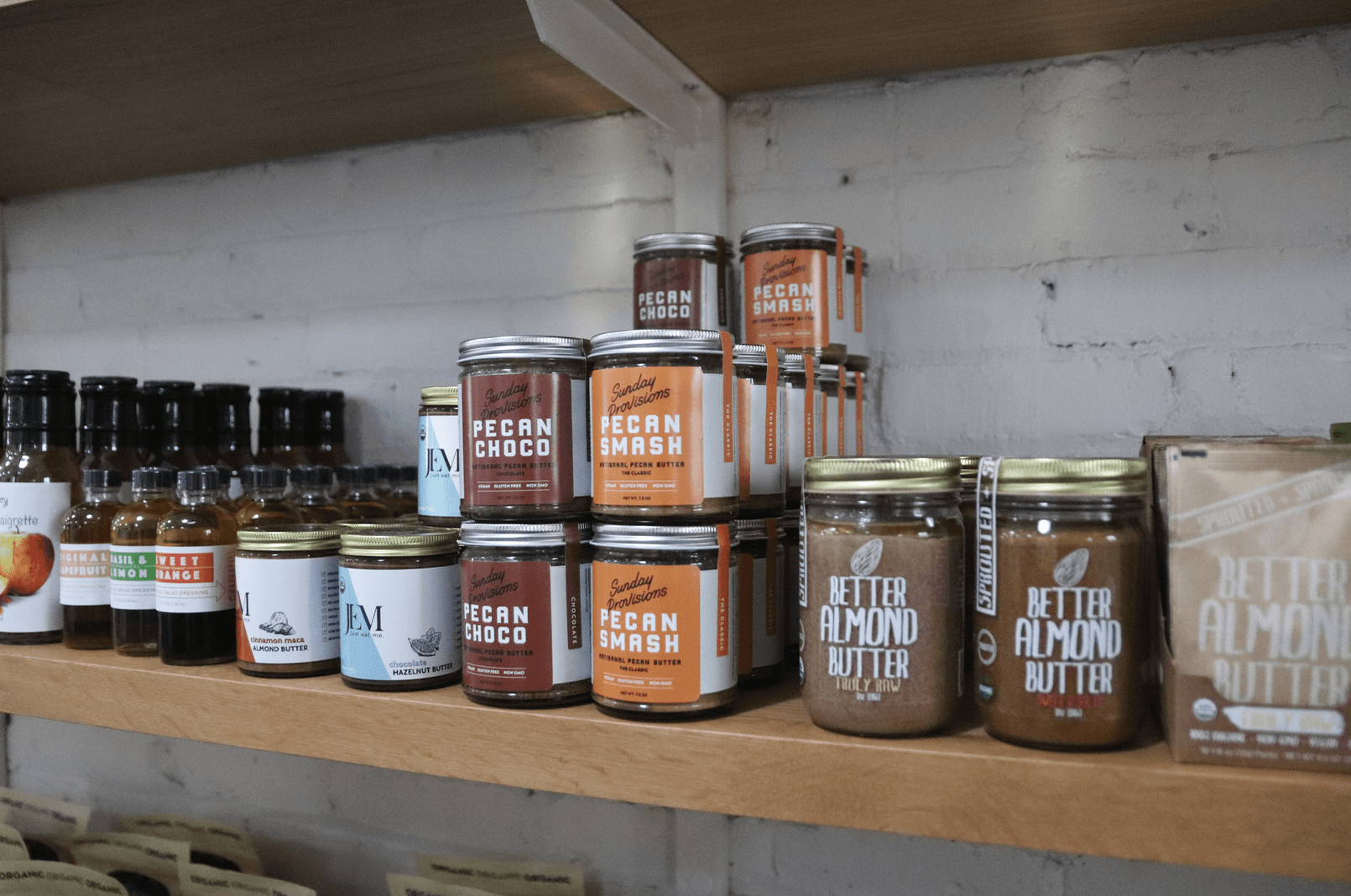 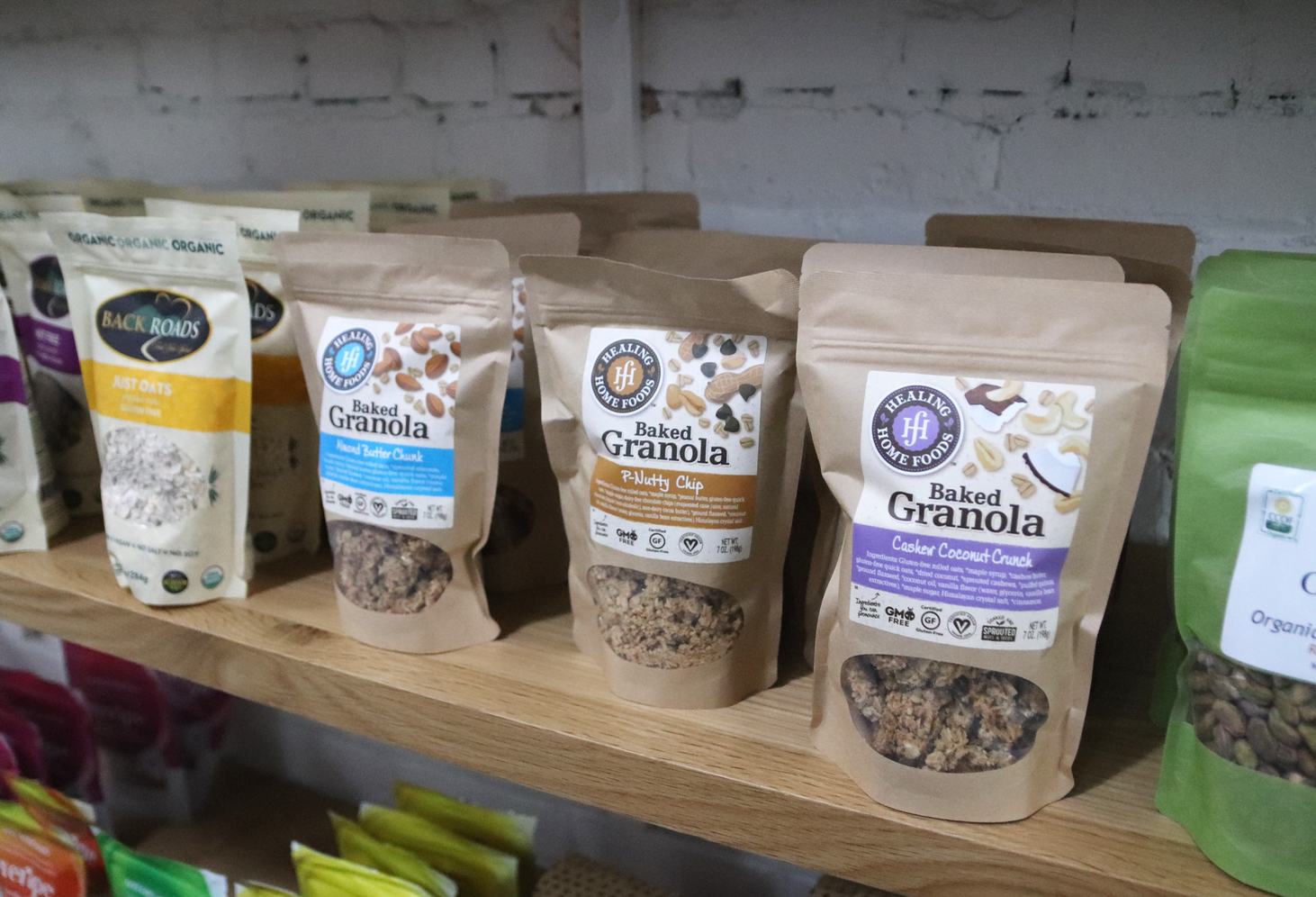 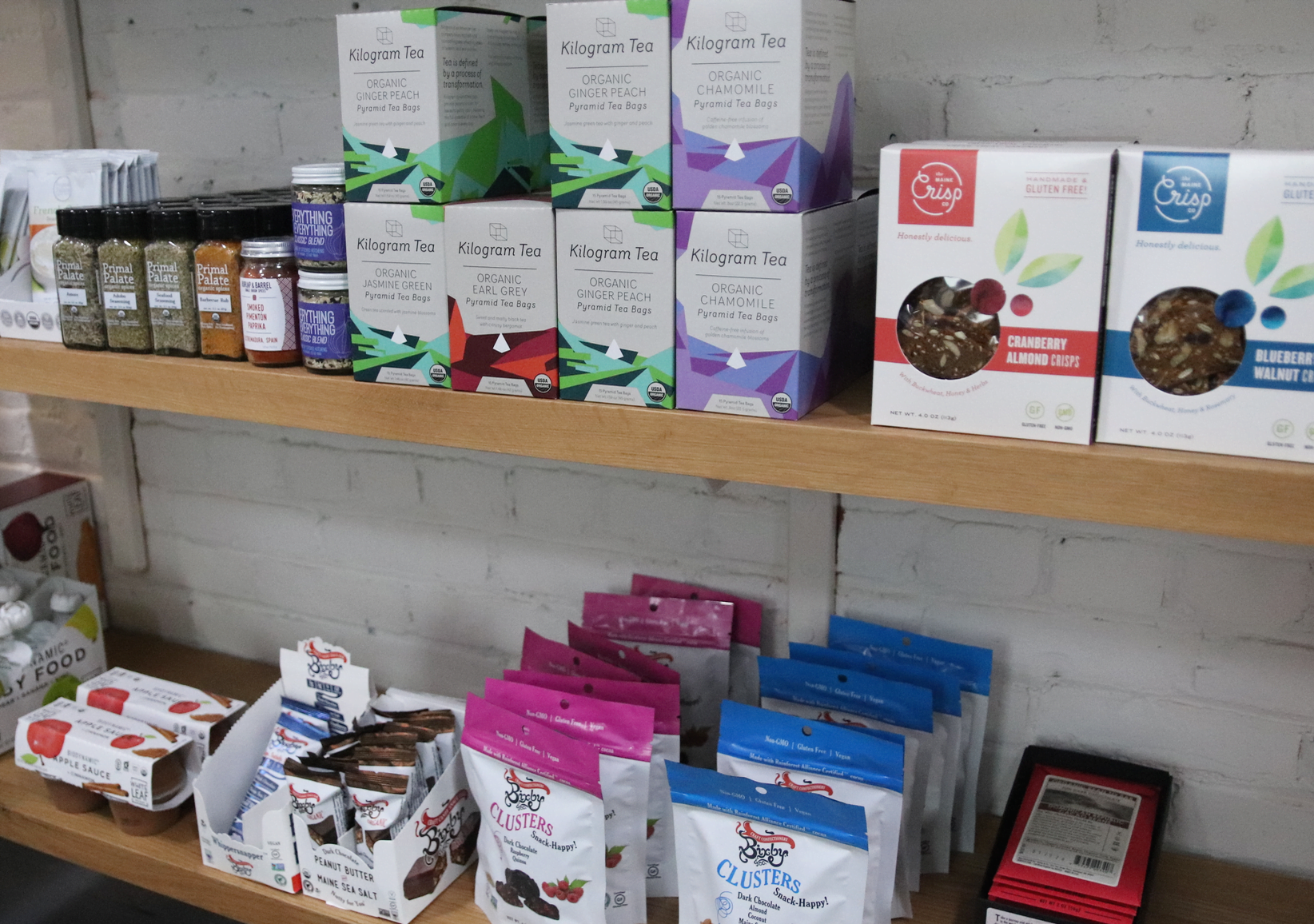 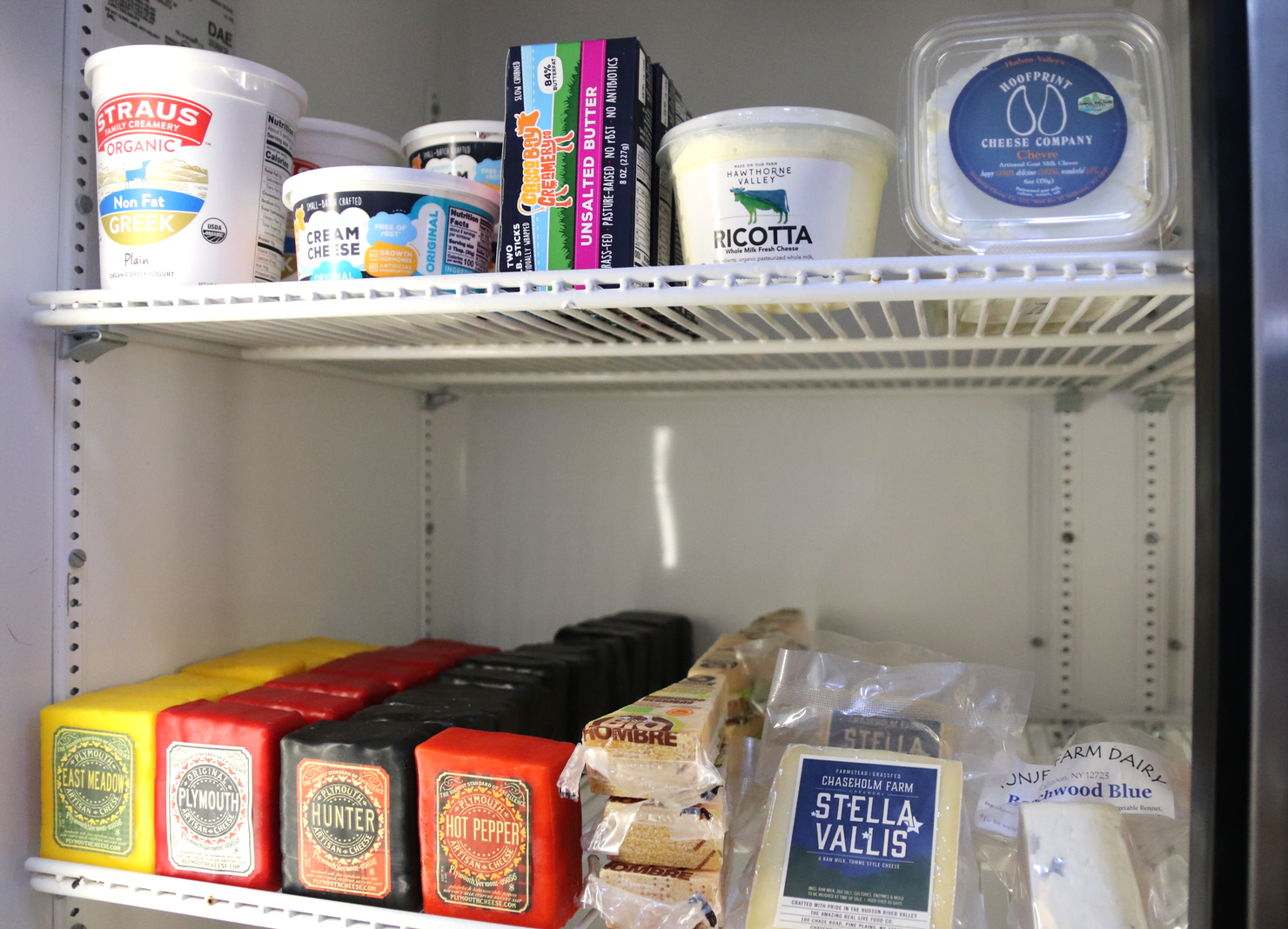