Last week, for their fourth review, the Cardinal Critics visited Burgers, Shakes and Fries on Delavan Avenue in Byram.

This chain opened in 2007 in the height of a burger obsession, and has attracted customers ever since with delicious food, superb customer service, and a friendly eating experience.

The menu is kept simple in order for customers to focus on the main attractions: burgers, shakes, and fries.

When you first walk in, you are greeted by Kory Wollins, the founder and owner of the two current BSF locations – one in Byram and one in Darien.

Kory is extremely friendly and has a memory like none other.  In fact, he can remember the name of almost everyone who comes to to BSF to eat. All three Cardinal Critic members have been longtime customers and huge fans of the restaurant, so Kory welcomed them with open arms. 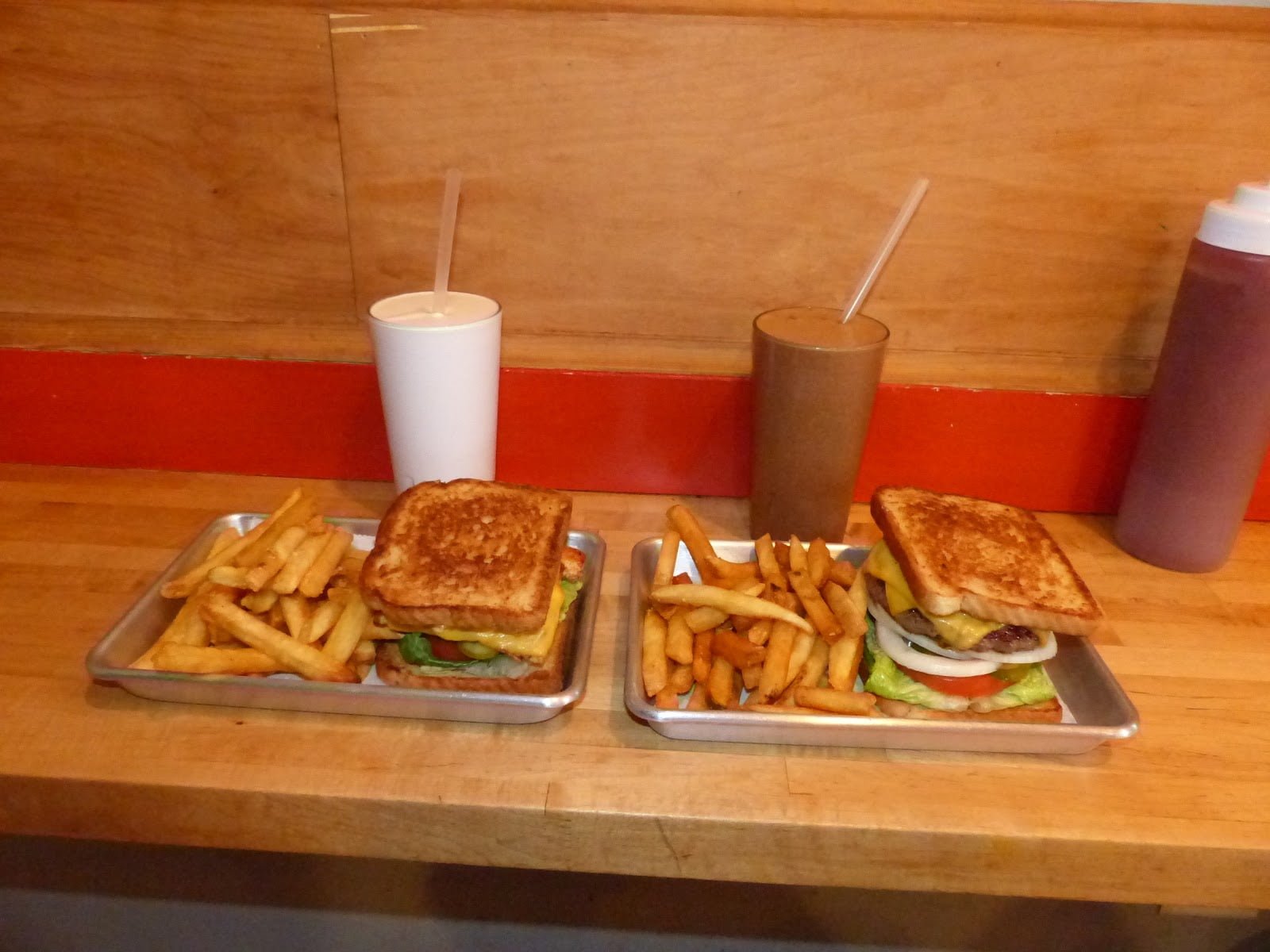 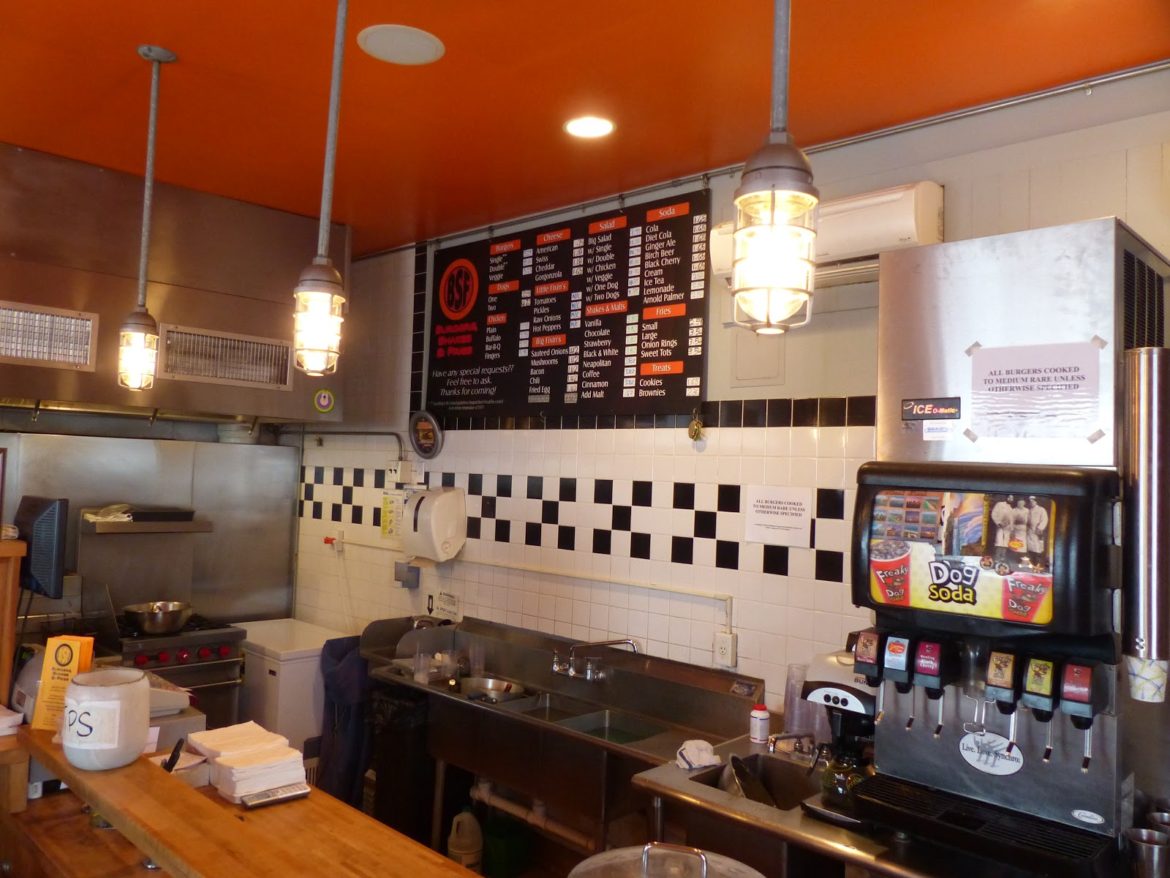 On their visit, Kai and Spencer both ordered burgers and Drew ordered a chicken sandwich. They paired their entree with fries and a milkshake.  The food arrived very quickly – within five minutes – and disappeared almost as quickly as it came.

A special part of the BSF experience is how the burgers are served on toasted griddled bread rather than a normal potato bun.

Combined with the locally produced meat that’s ground daily and a wide selection of condiments, the burgers truly are the best in town.

Kai and Spencer thoroughly enjoyed their cheeseburgers (which were ordered with onions, peppers, and tomatoes) and Kai noted that the bread soaked up the juices and contributed to the flavor of the sandwich. 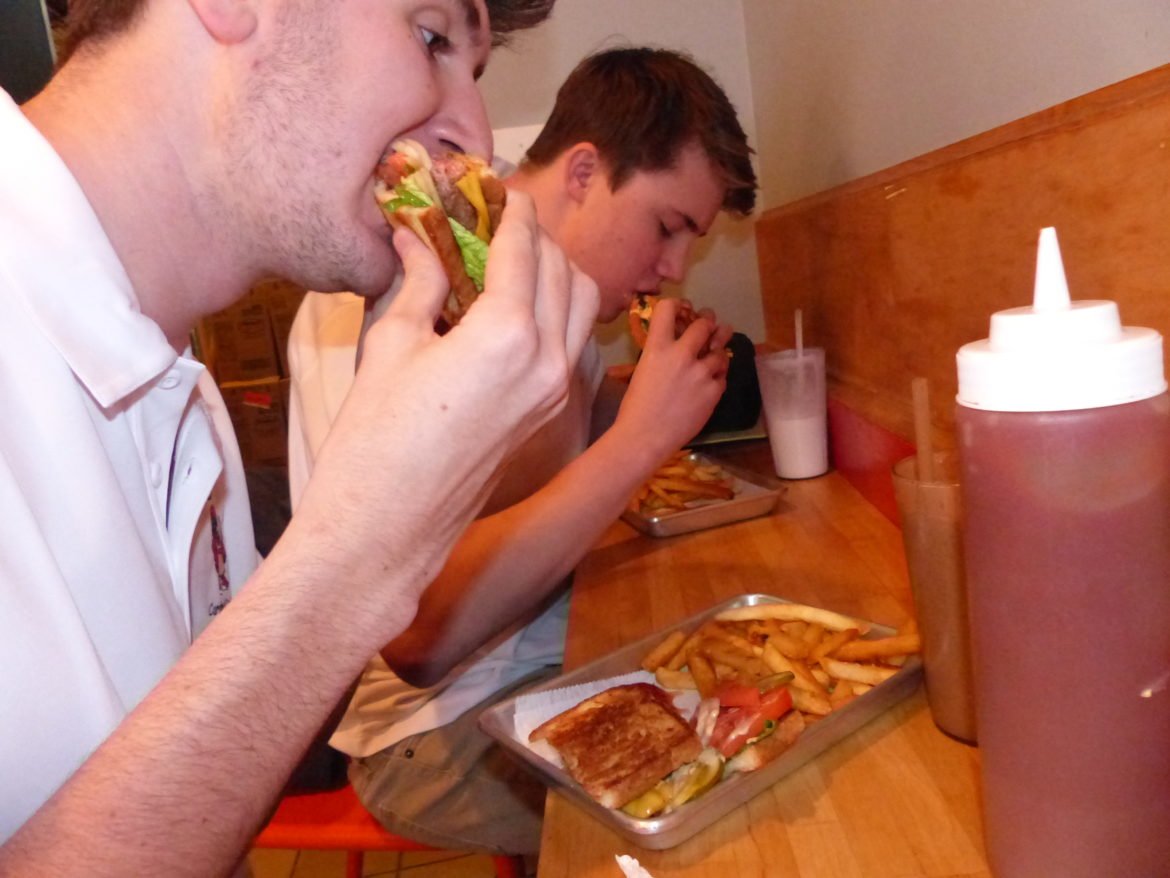 Spencer and Drew chowing down on their burgers at BSF in Byram. Credit: Spencer Grabel

Drew Fuller said the chicken sandwich was incredible; he loved the taste of the chicken. He marveled at how the fries were perfectly consistent – neither soggy nor overcooked. Spencer’s favorite was the signature chocolate shake, which is a thick, rich, and exceedingly tasty mix of ice cream and milk. 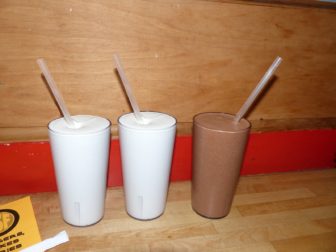 After they finished their meal, the critics talked to Kory, who stressed the importance of keeping his customers happy.

This is why BSF has a never-ending stream of customers. Kory strives to keep the prices low, customers delighted, and food delicious. He makes a real effort to keep the restaurant atmosphere informal and welcoming.

Kory told the Critics that he’s not in the food business to make money or to become famous. He just wants Burgers, Shakes and Fries to “put smiles on people’s faces through the whole experience.”

This holds true from the moment customers walk through the door to the time they leave. 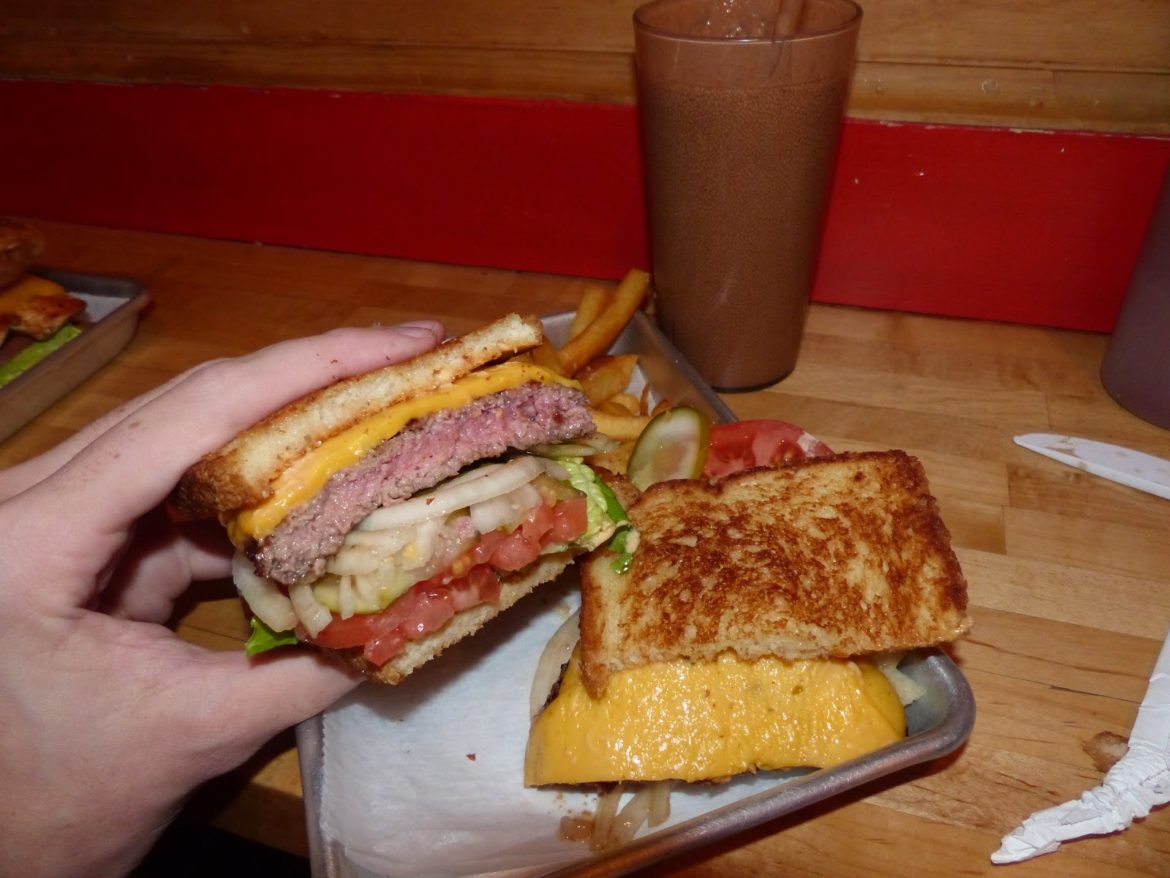 Burgers, Shakes and Fries’ locations, menu and hours can be found on their website.

Burgers, Shakes and Fries in Greenwich is located at 302 Delavan Ave, Greenwich CT, 06830.

To request a visit from Cardinal Critics to review what’s popular at your Greenwich eatery, email GFP editor Leslie Yager at [email protected] with a notation “Cardinal Critics request” in the subject line!