Here is a snapshot of Greenwich Ave on Thursday at about 5:o0pm. 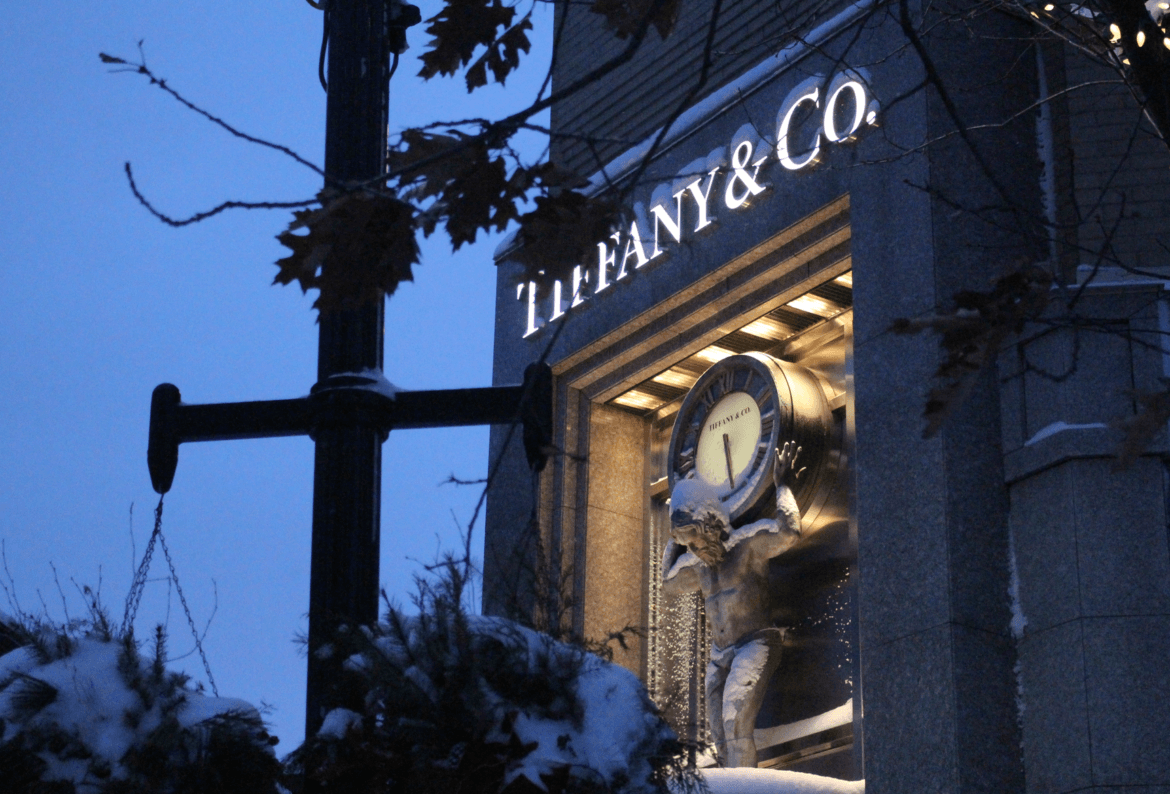 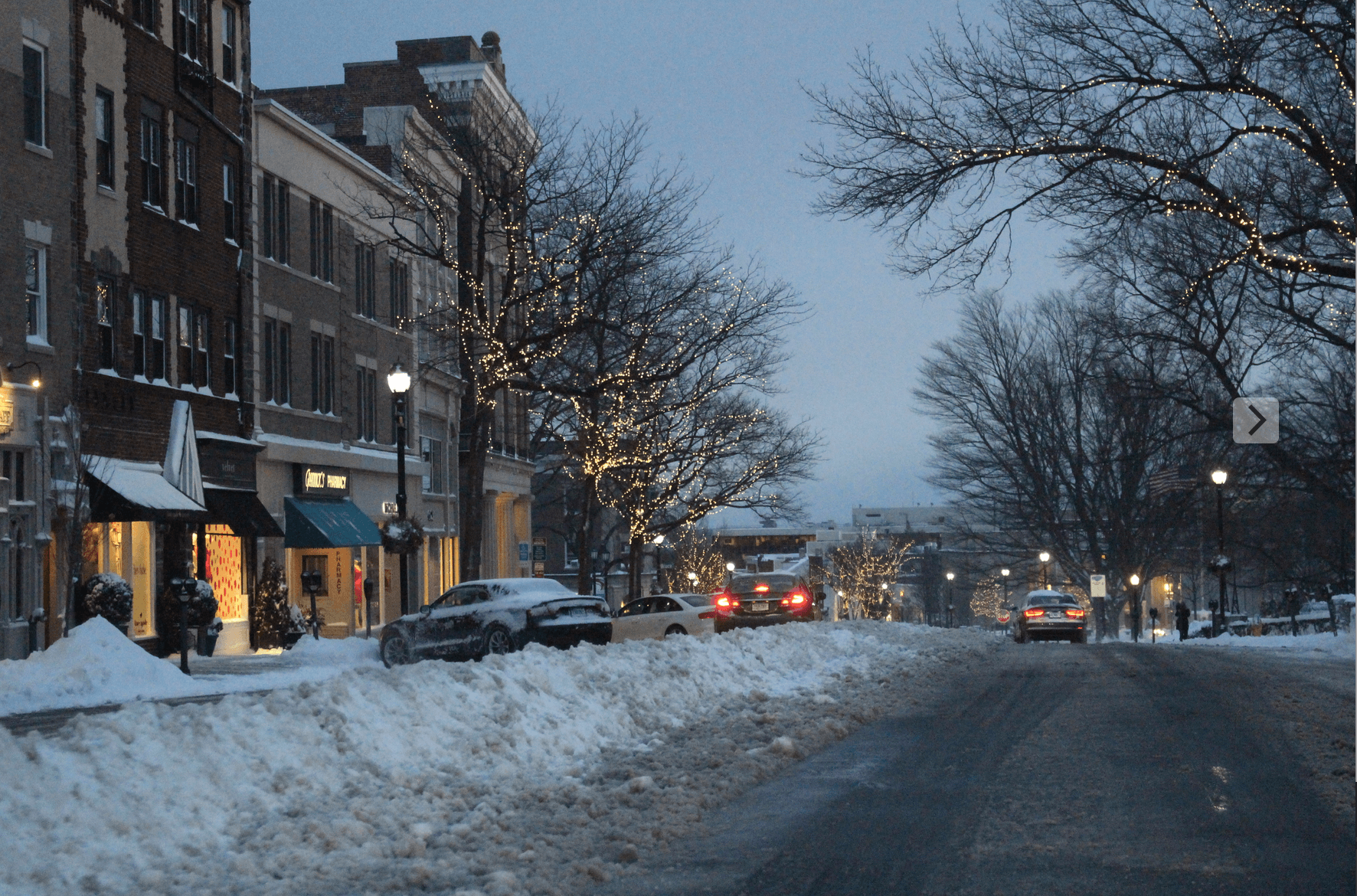 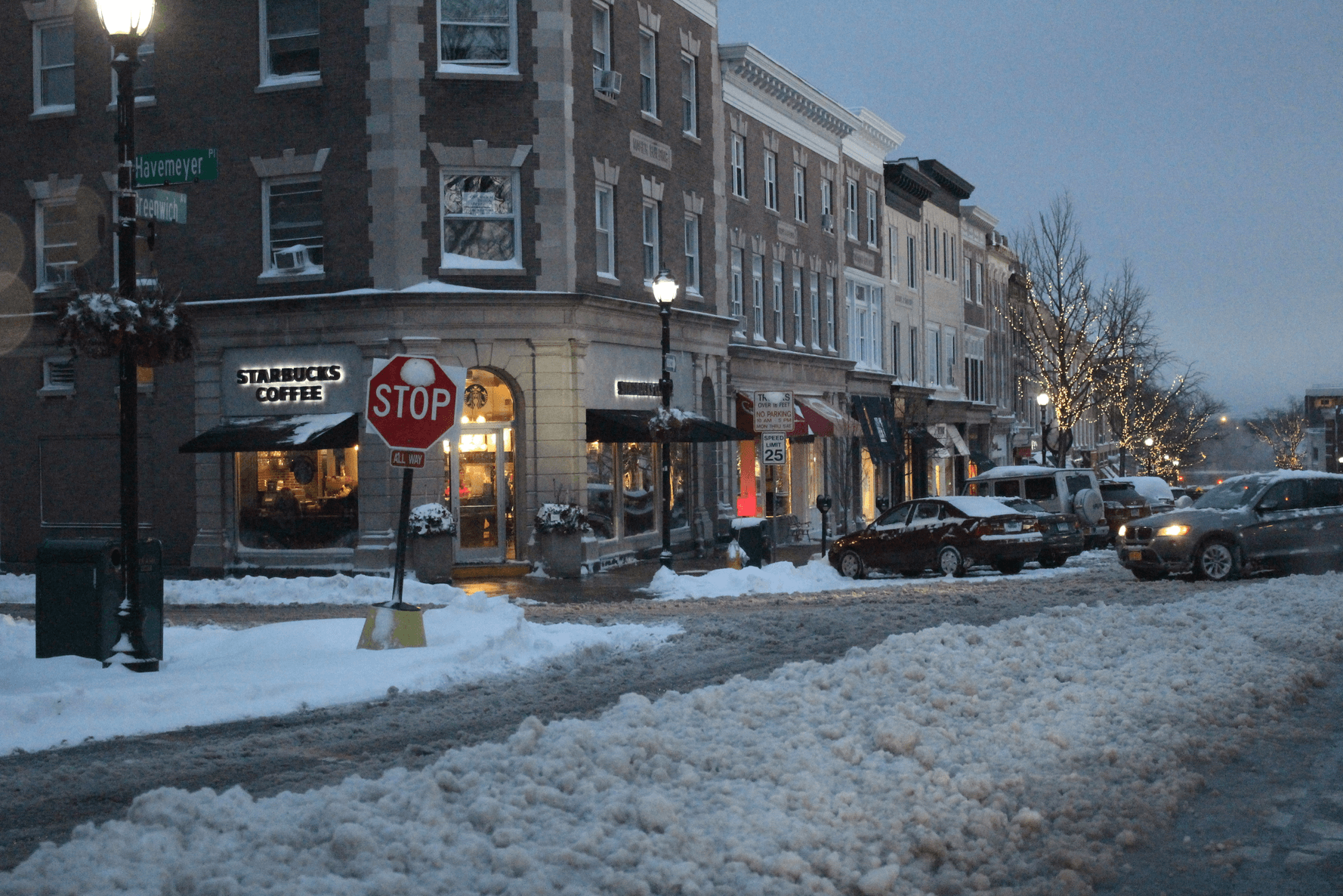 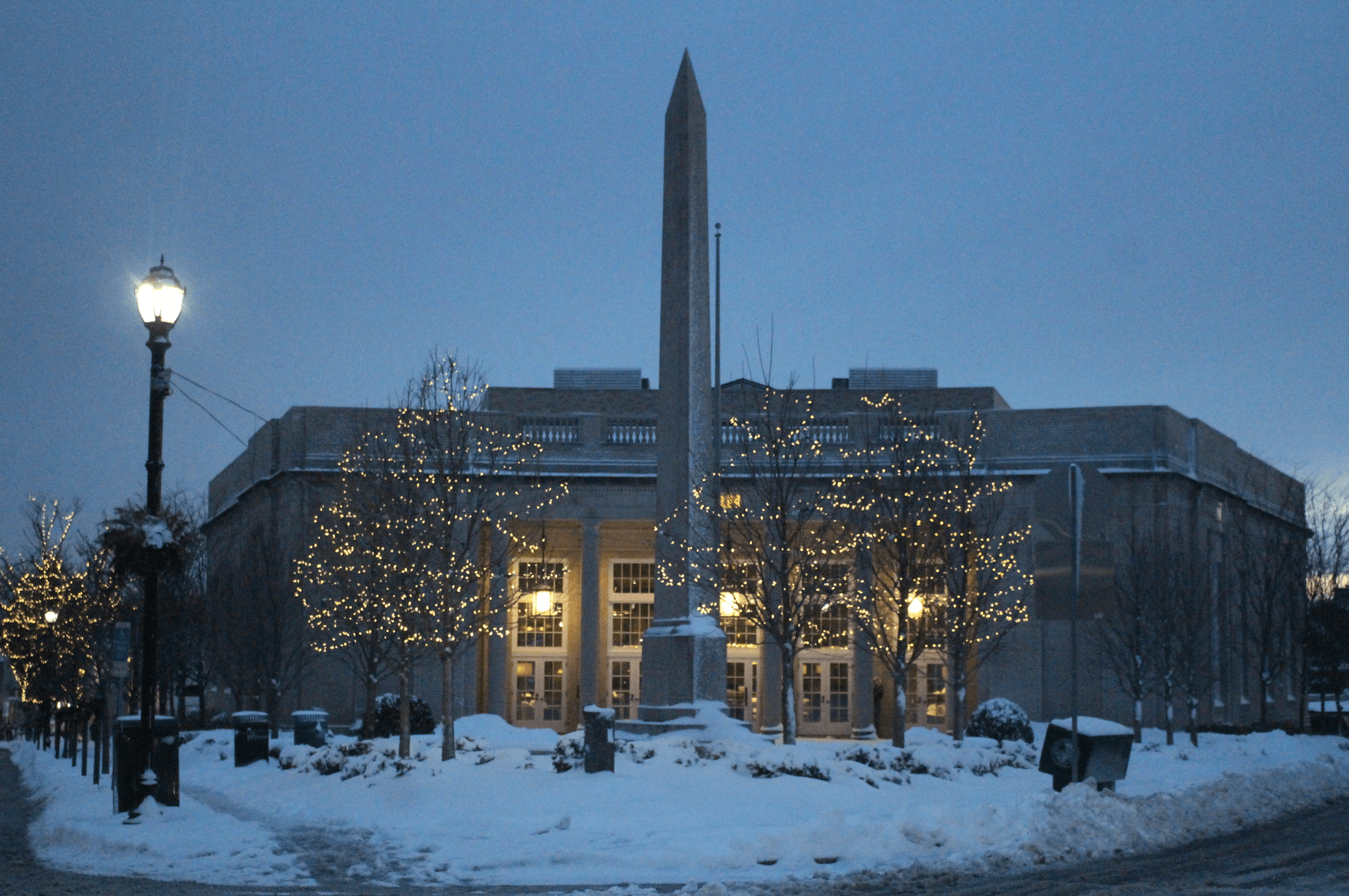 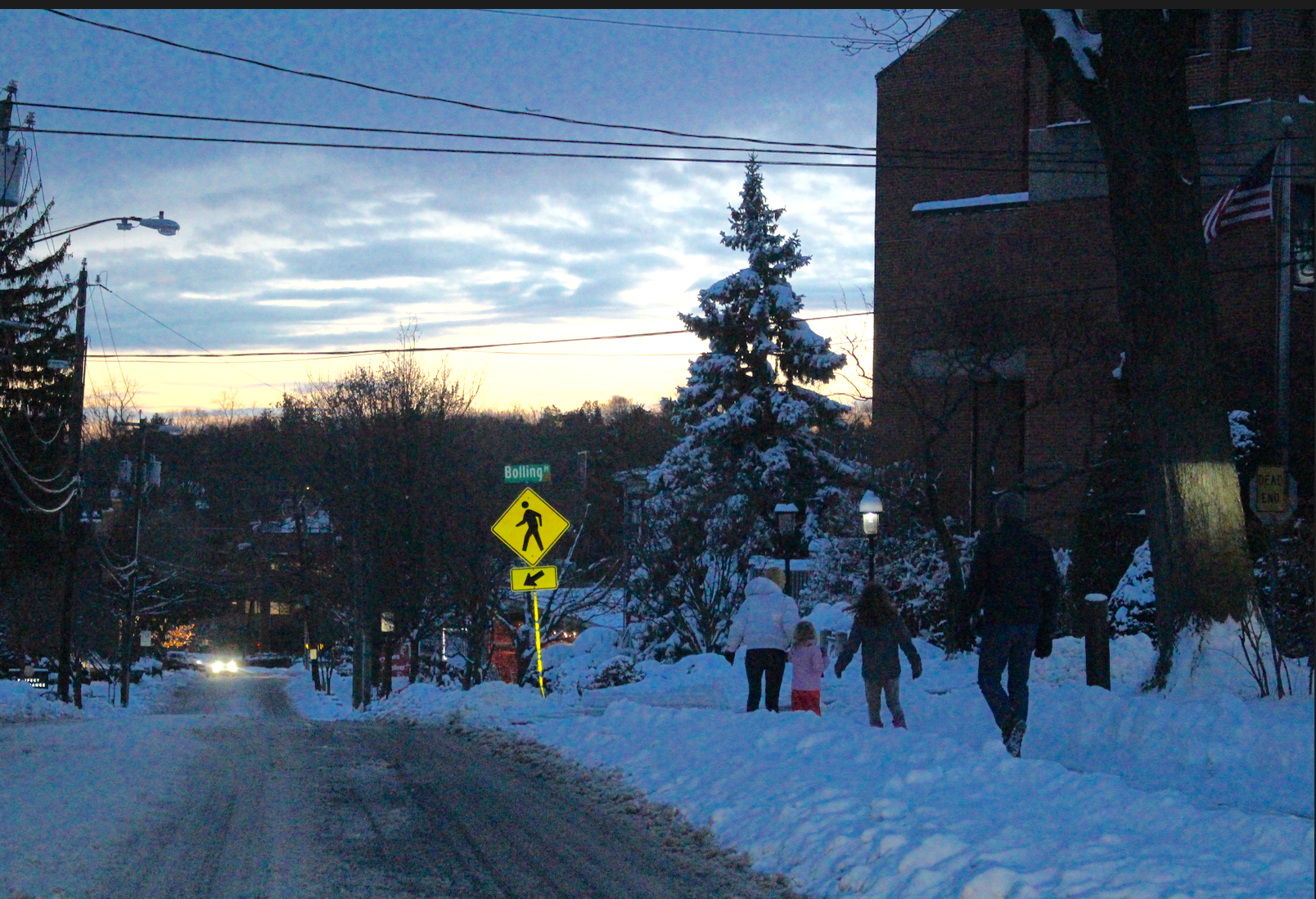 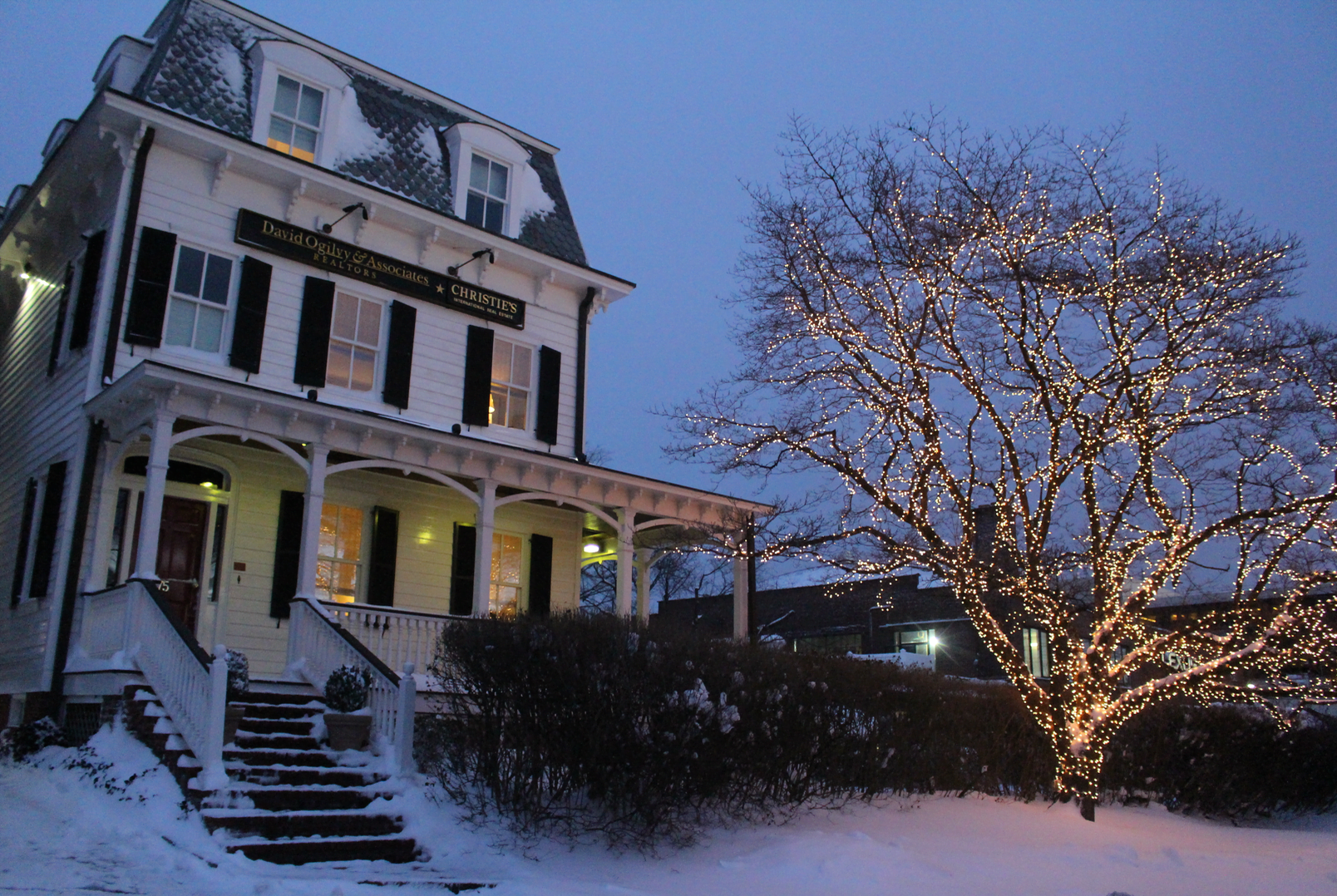 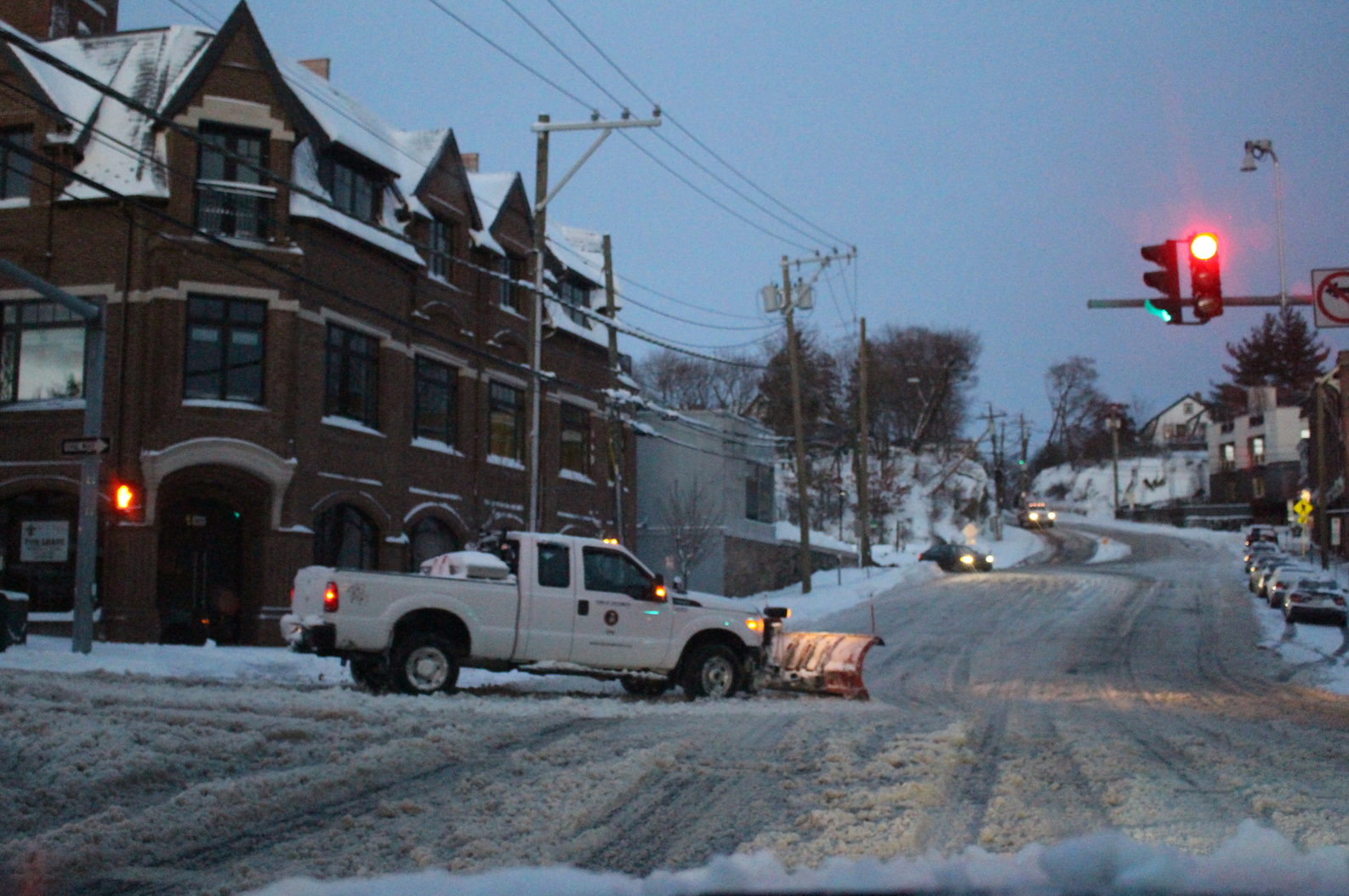 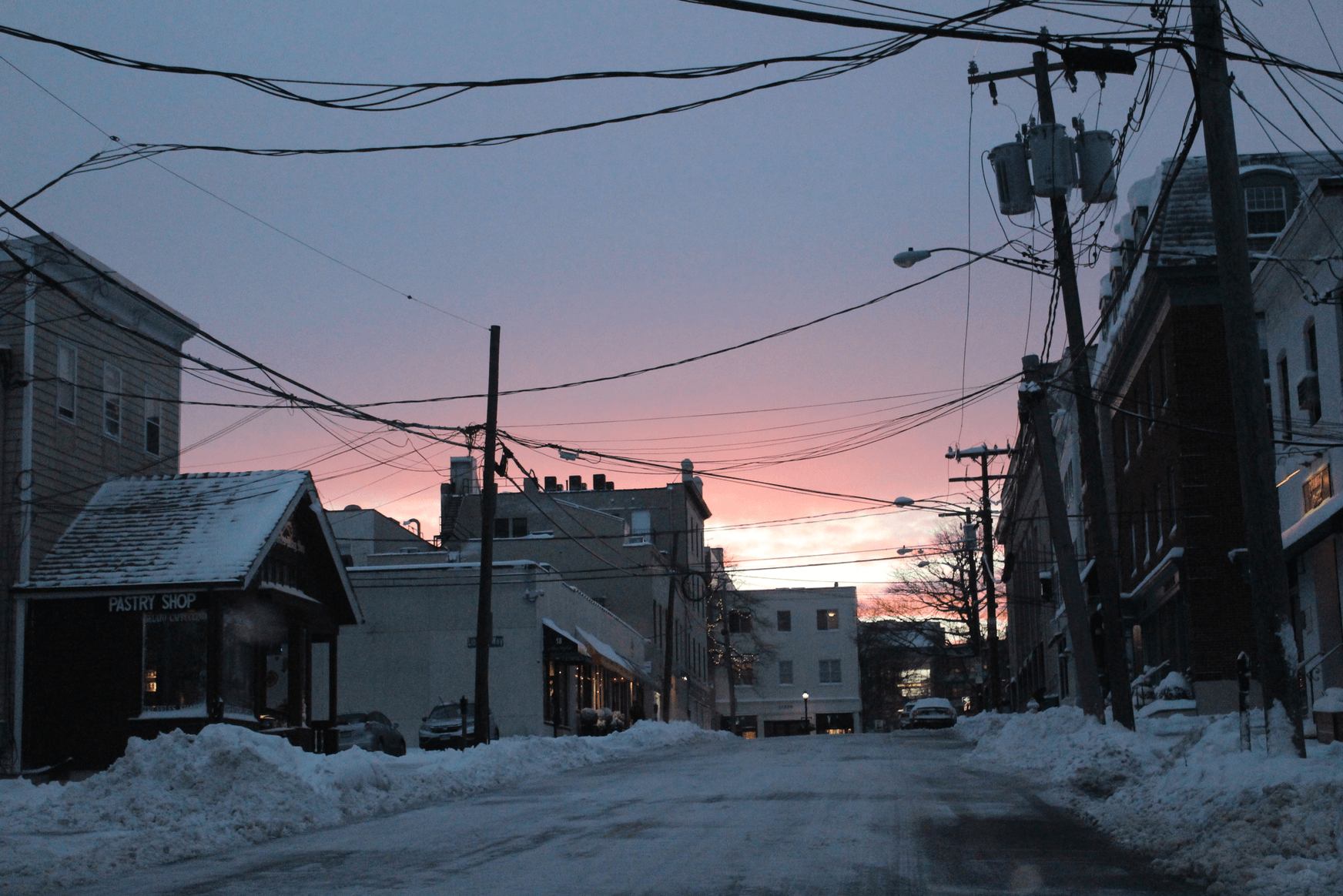 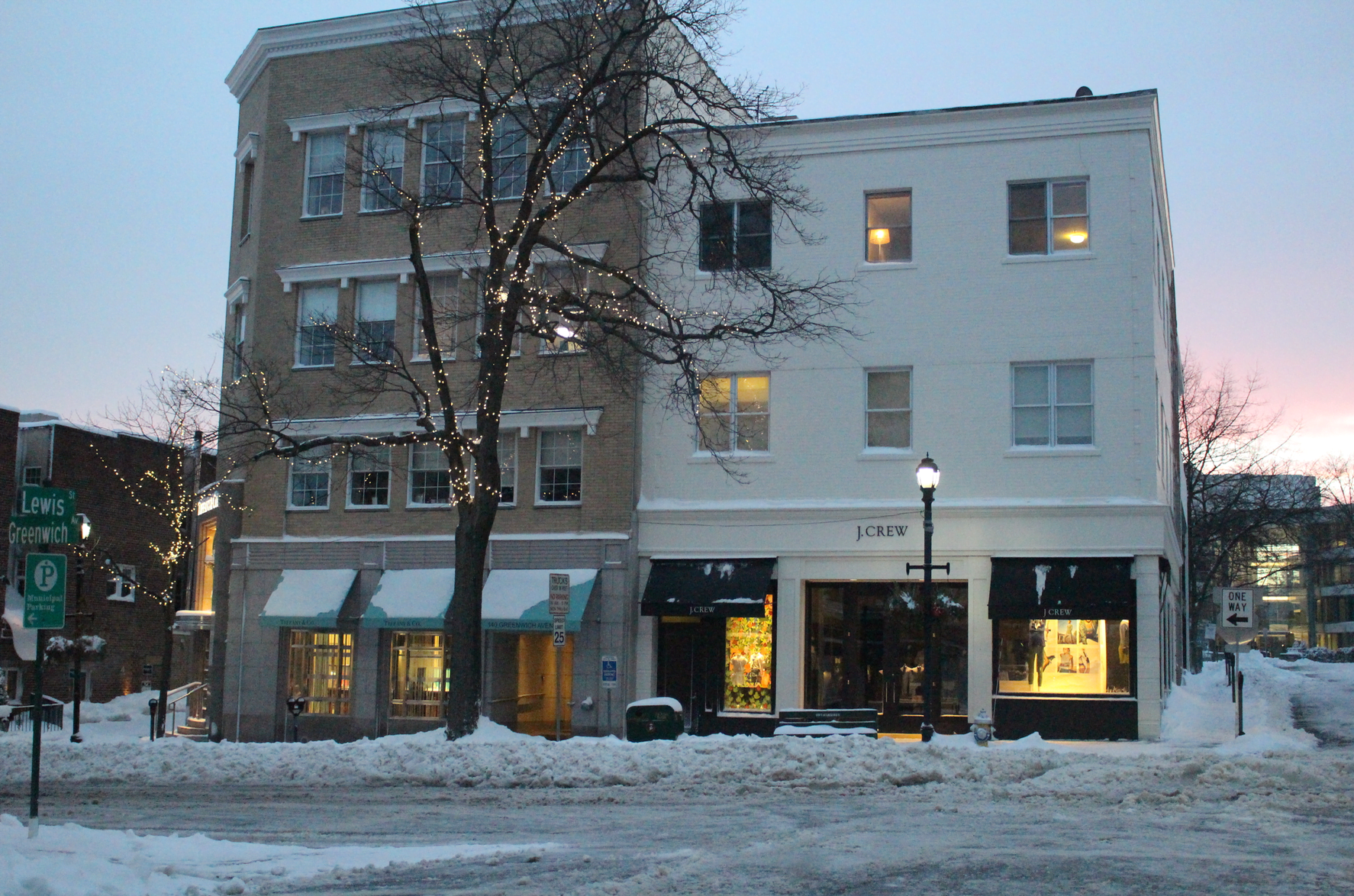 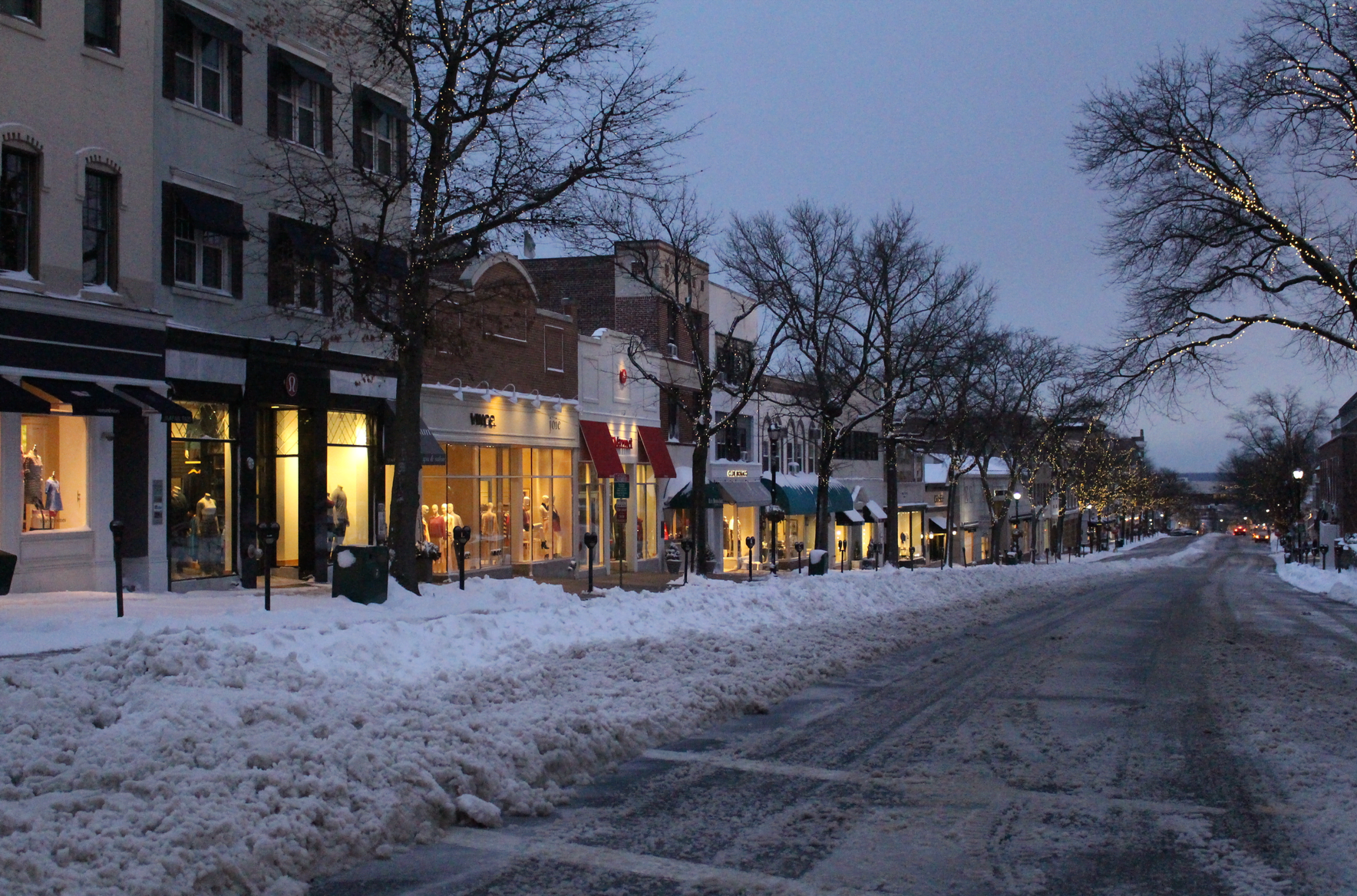 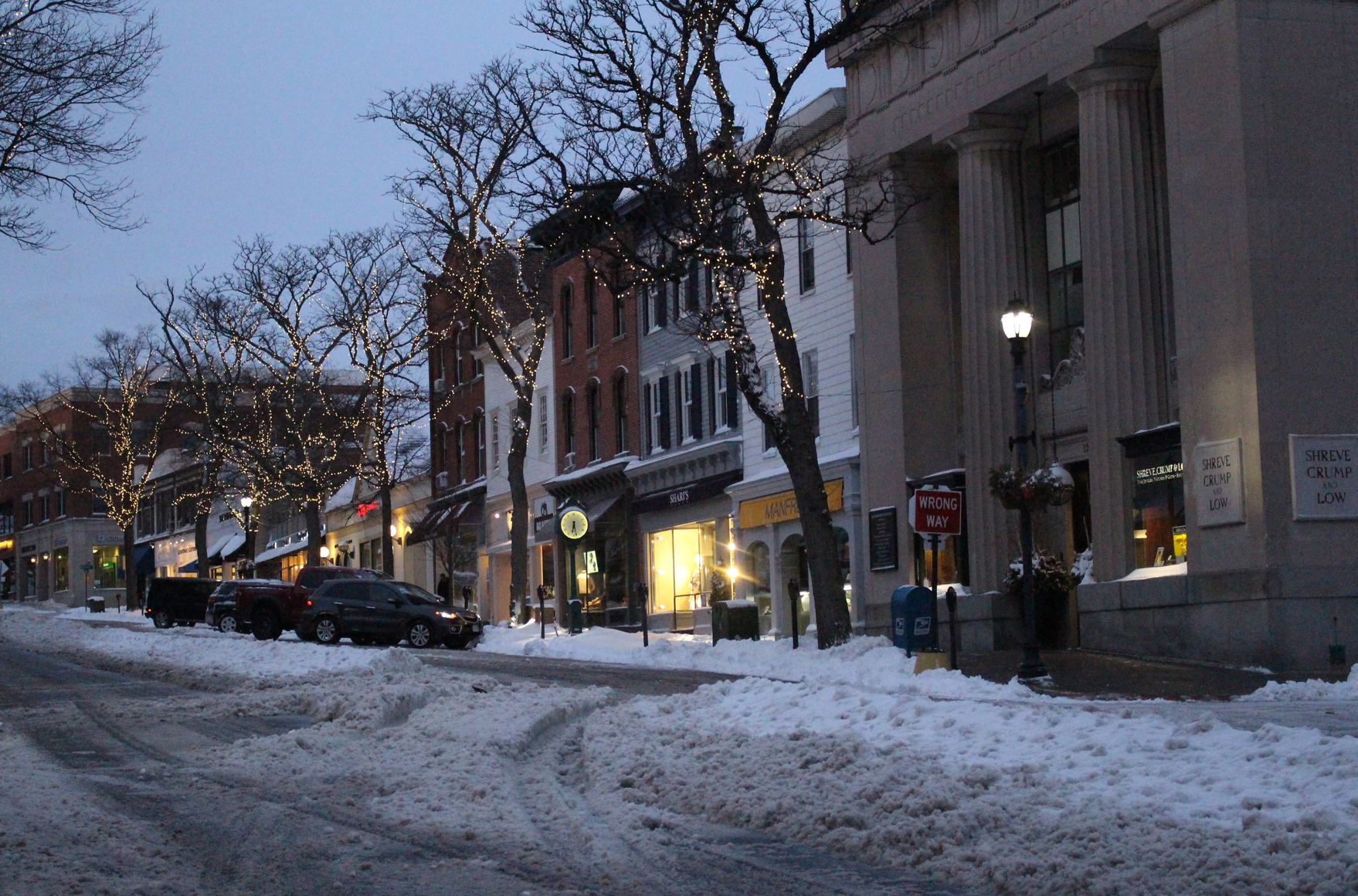 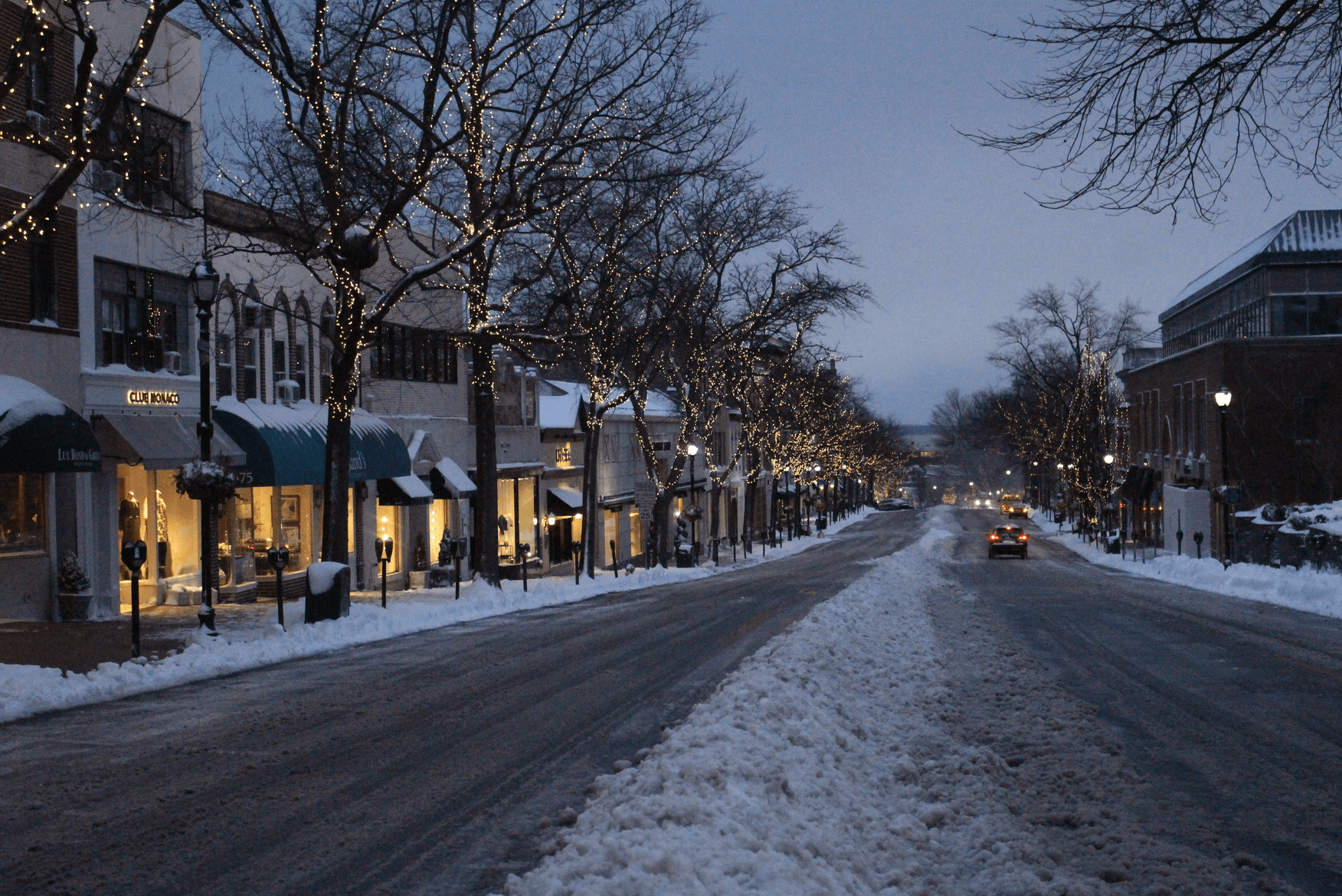 Also instead of a delayed opening, the YMCA of Greenwich is CLOSED on Thursday.

The Boys & Girls Club after school programs are cancelled, but the Youth of the Year event is ON, according to a Facebook update Thursday morning.

Update Thursday, 8:30am:  The DPW snow plows are out as snow is falling heavily.

The National Weather Service forecast is for snow, mainly before 1:00pm on Thursday. The snow could be heavy at times. Some thunder is also possible. Areas of blowing snow between 2pm and 4pm. Temperature falling to around 25 by noon. Wind chill values between 10 and 15. Blustery, with a northwest wind 18 to 25 mph, with gusts as high as 36 mph. Chance of precipitation is 100%. Total daytime snow accumulation of 8 to 12 inches possible.

Thursday night the NWS forecast is for partly cloudy skies, with a low around 14° and wind chill values between zero and 10. Blustery, with a west wind 18 to 23 mph decreasing to 10 to 15 mph after midnight.

On Thursday the YWCA will have a delayed opening til 2:00pm and all youth programs are cancelled.

The YMCA at 50 East Putnam Avenue will also has a delayed opening until 2:00pm on Thursday. The Early Learning Center at St Roch Avenue will be closed.

Original story, 4:00pm Wednesday: With the National Weather Service predicting up to eight to 12 inches of snow to fall overnight Wednesday through Thursday, a snow emergency has been declared by the Greenwich Board of Selectman.

Acting as the Town’s Traffic Authority, the Board has enacted the emergency that will prohibit on-street parking on designated snow emergency routes beginning 6 p.m. Wednesday, February 8, 2017. The parking ban, which will enable Department of Public Works crews and its contractors, to effectively remove the snow.

Greenwich Town Hall will be open for regular business hours, 8 a.m. to 4 p.m. on Thursday, February 9. However, the Board of Selectmen has postponed its meeting this week until 10:30 a.m. Friday, Feb. 10. It will be held in the Town Hall Meeting Room.

The National Weather Service has issued a Winter Storm Warning with heavy, wet snow expected to begin falling late Wednesday night (February 8), continuing through Thursday morning and afternoon (February 9). Near blizzard-like conditions also can be expected with coastal wind gusts of 25 to 35 mph.

“We have the snow crews, the equipment in place with salt and sand at the ready to tackle the season’s first major storm,” said Greenwich First Selectman Peter Tesei. “We are good to go.”

The Town ordinance requires Greenwich property owners be responsible for keeping all sidewalks along their property clear of snow and ice.

The Town of Greenwich prohibits plow contractors from pushing snow from driveways or parking lots onto Town streets. This practice is dangerous and impedes the Town’s snow removal efforts. If there is no other alternative to pushing snow into the street, the private plow driver must plow off the windrow left across the street by re-plowing until the road is safe.

A complete list of snow emergency routes can be found below.

OTHER AREAS
As otherwise identified by the Board of Selectmen of the Town of Greenwich as the Town Traffic Authority.