Cardinal Critics visited Fleishers Craft Butchery in Cos Cob. Having just opened a year ago, Fleishers has quickly established itself as a top contender in the local organic food industry.

Part butchery, part grocery, and part mini-restaurant, Fleishers does it all.

The sheer variety of food – both cooked and uncooked – available in a relatively small store is amazing.

Cardinal Critics members Spencer and Drew marveled at the speed at which the food was cooked as well as the quality. But perhaps best of all, Fleishers focuses on sustainability.

“Almost everything we do is to minimize waste. Everything is locally sourced and organic,” said Sophie Grant, Fleishers’ Marketing Director. “Even the ketchup is made organically.”

“It’s important for us to be able to use every piece of the animal,” continued Grant.

The Critics eagerly tried a variety of food. First up came sandwiches that were made in just a few minutes! 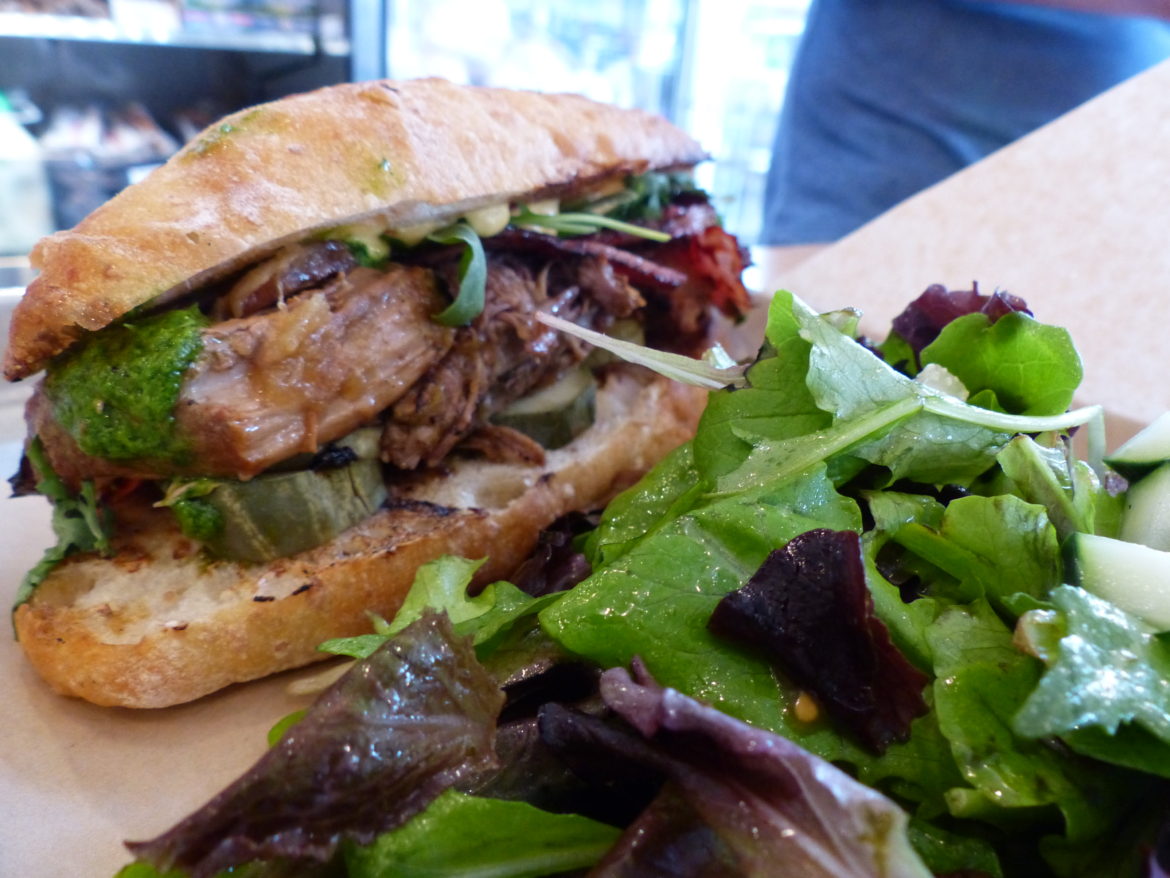 A fresh salad and a steak sandwich. Credit: Kai Sherwin

They have food workshops where people can learn “the basics” about food preparation and hands-on cutting and serving.

For example, Fleishers just hosted a poultry class that was aptly scheduled right before Thanksgiving. Additionally, Fleishers delivers through Seamless and GrubHub, two food delivery start-ups that are exploding with popularity. 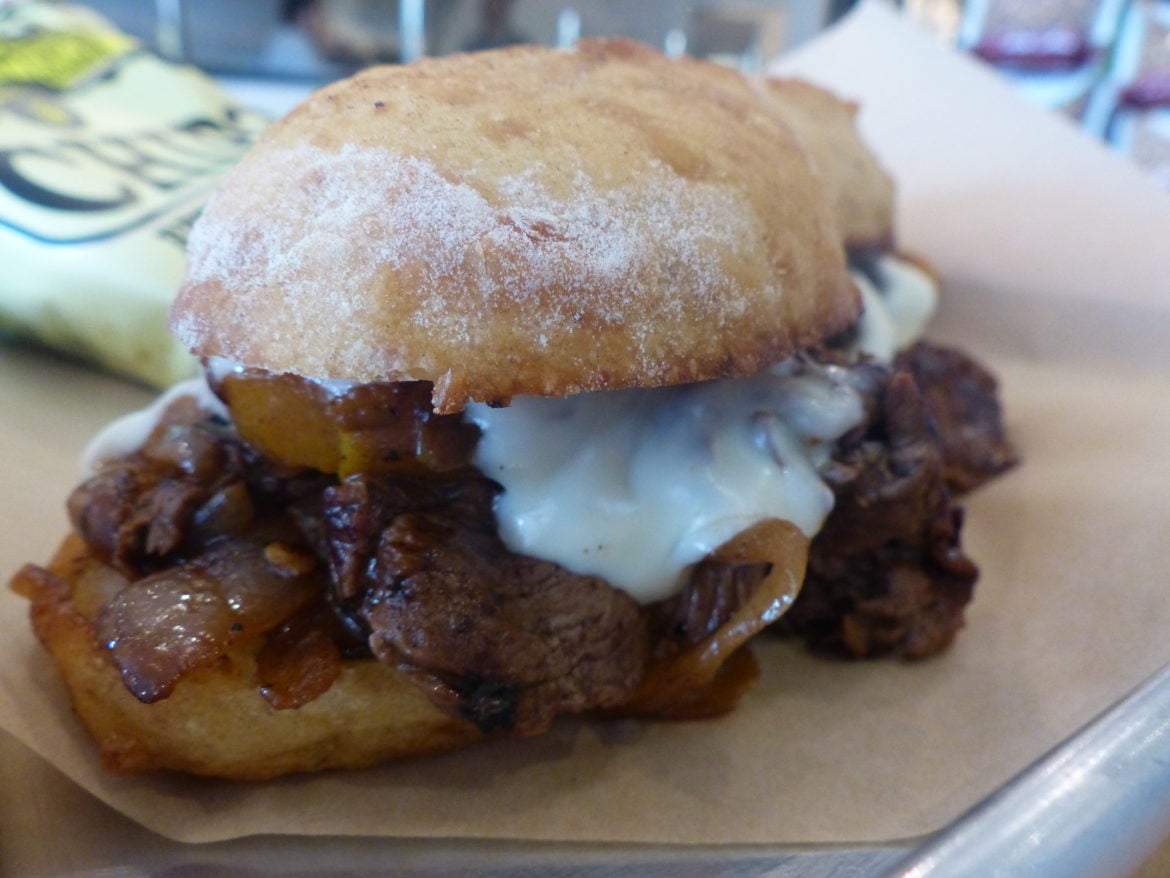 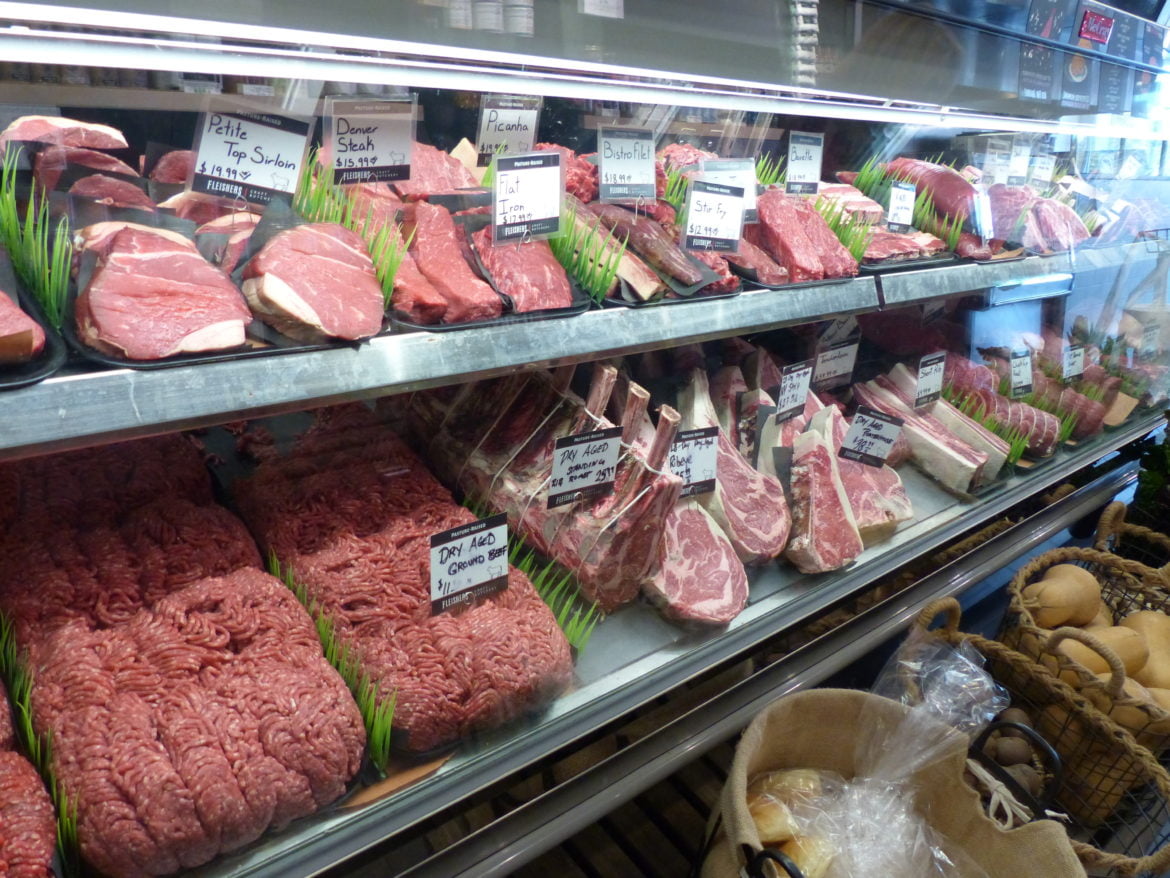 In summary, the Critics believe Fleishers to be the one-stop shop for anyone interested in organic meat and produce, fast orders, and sustainability. Its refreshing design, thoughtful approach to food, and general quality thoroughly impressed the Critics.

Fleishers’ locations, menu, and hours can be found on their website. 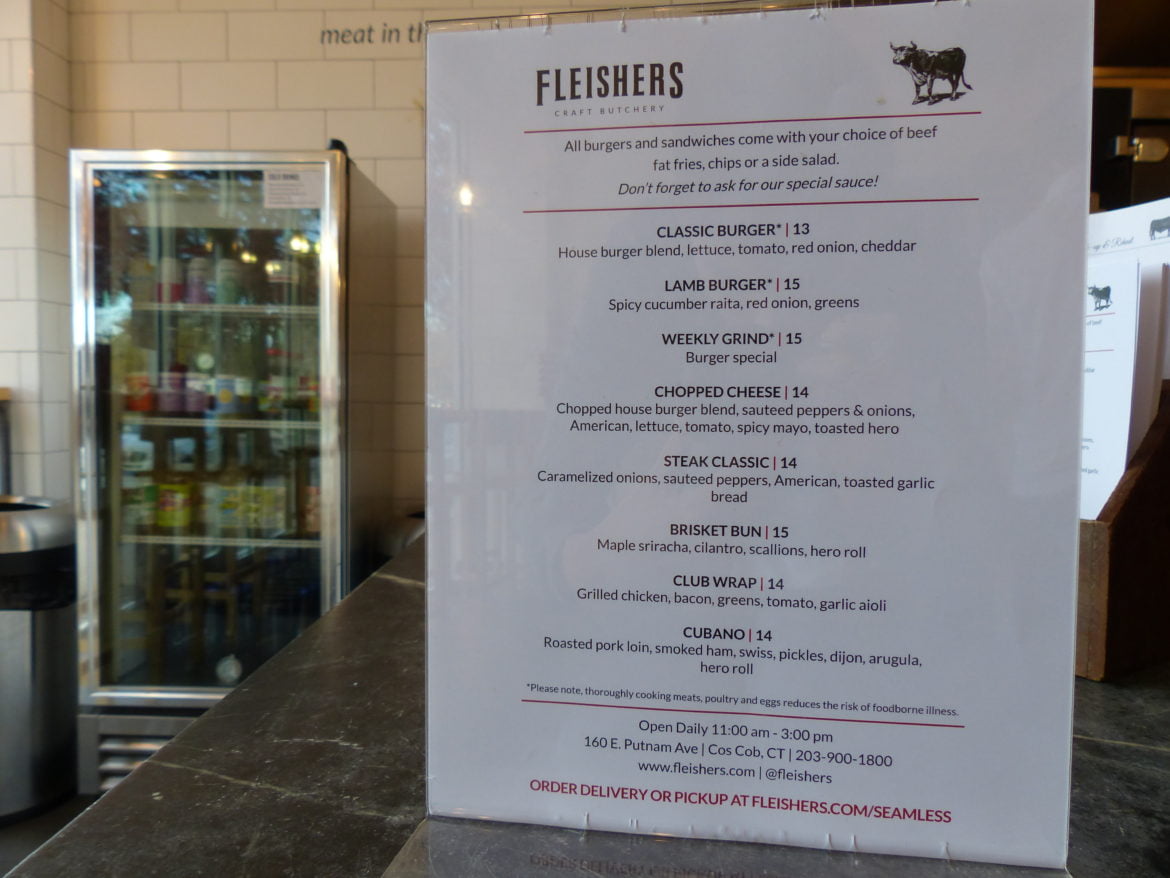 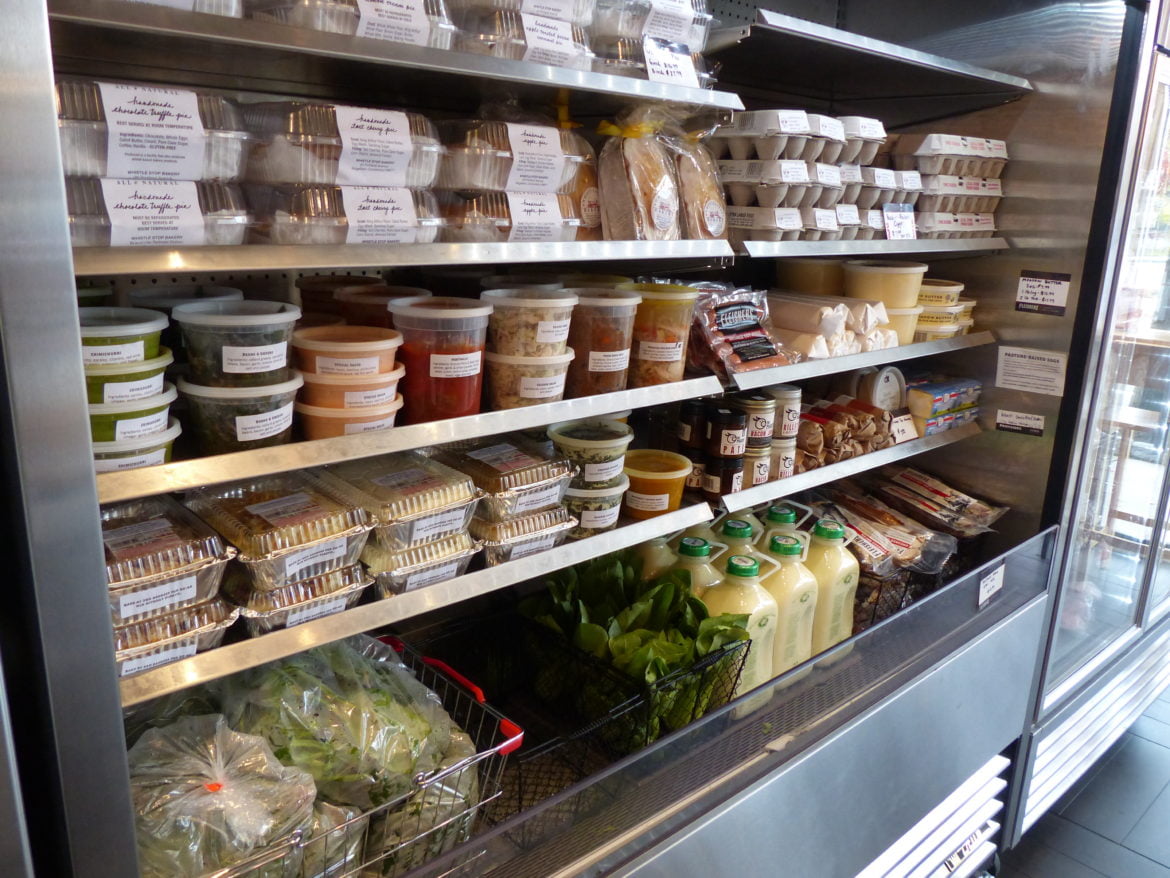 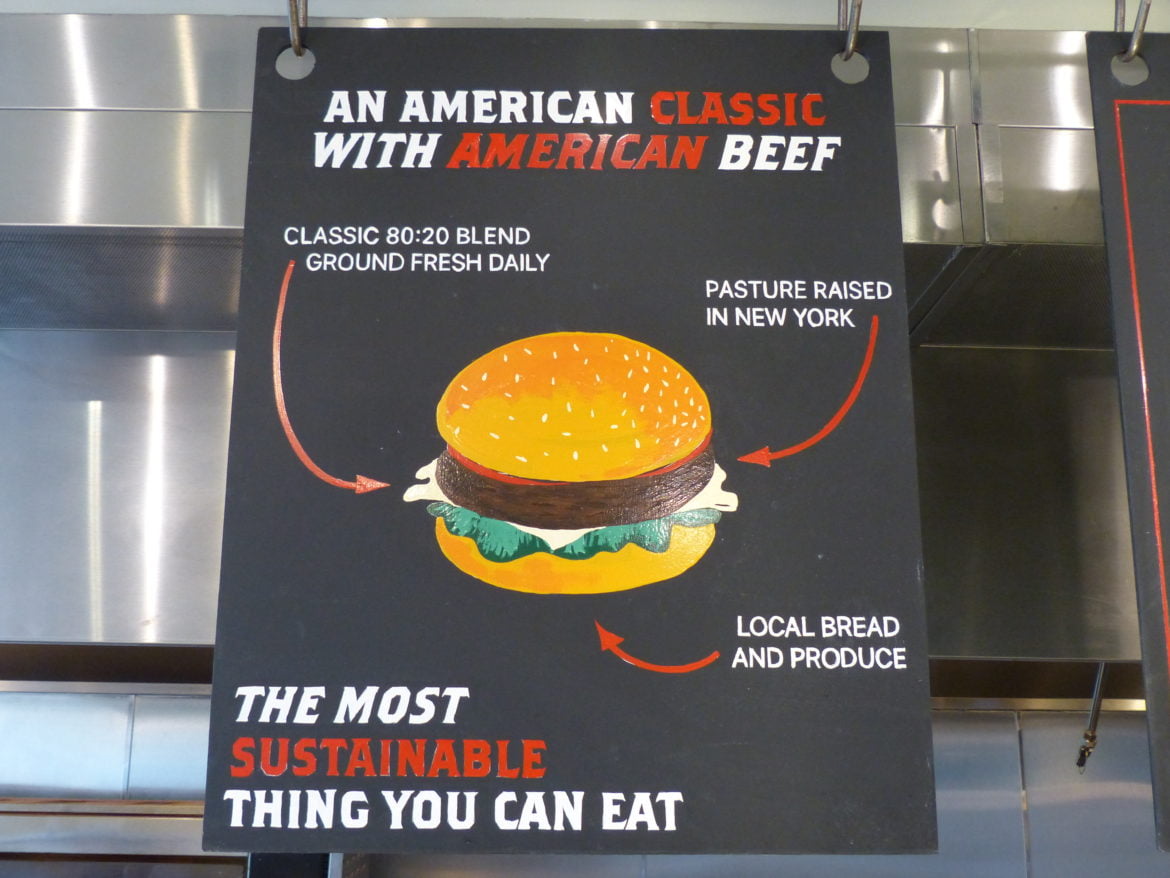 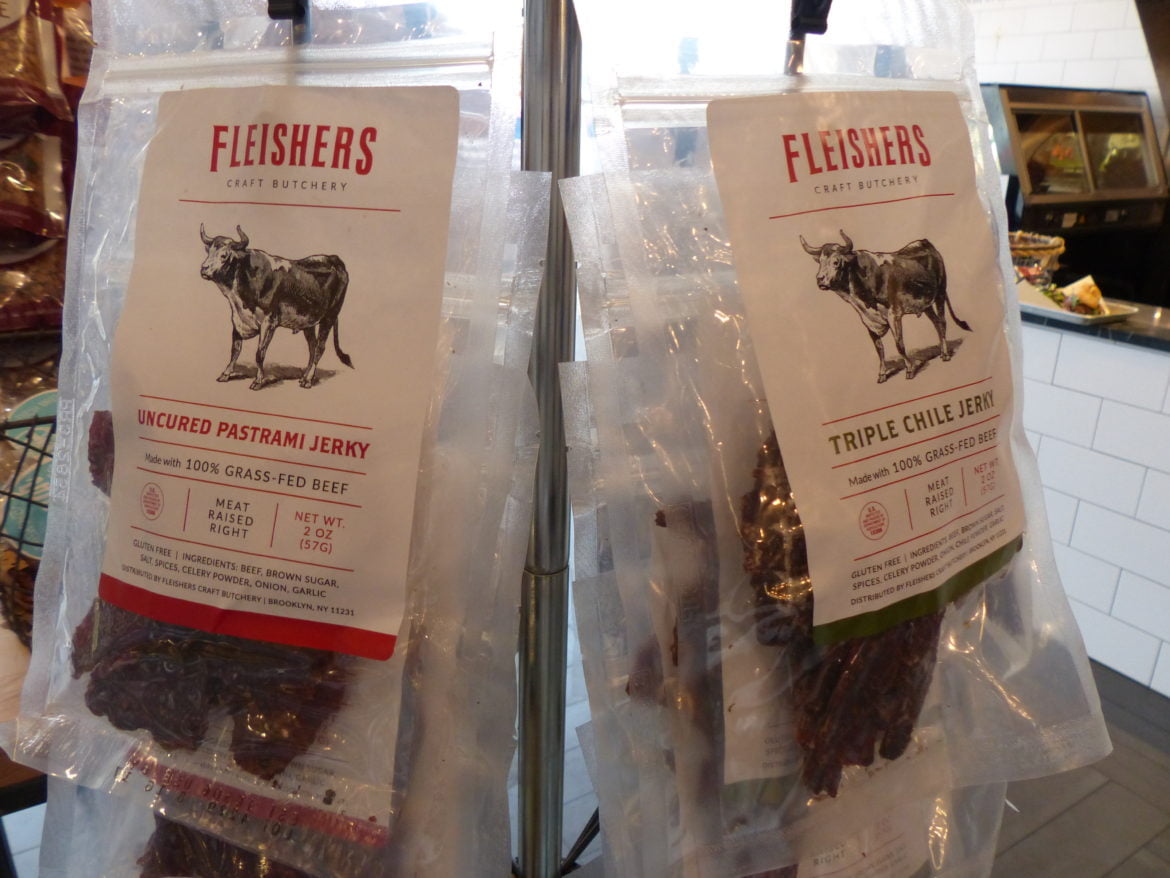 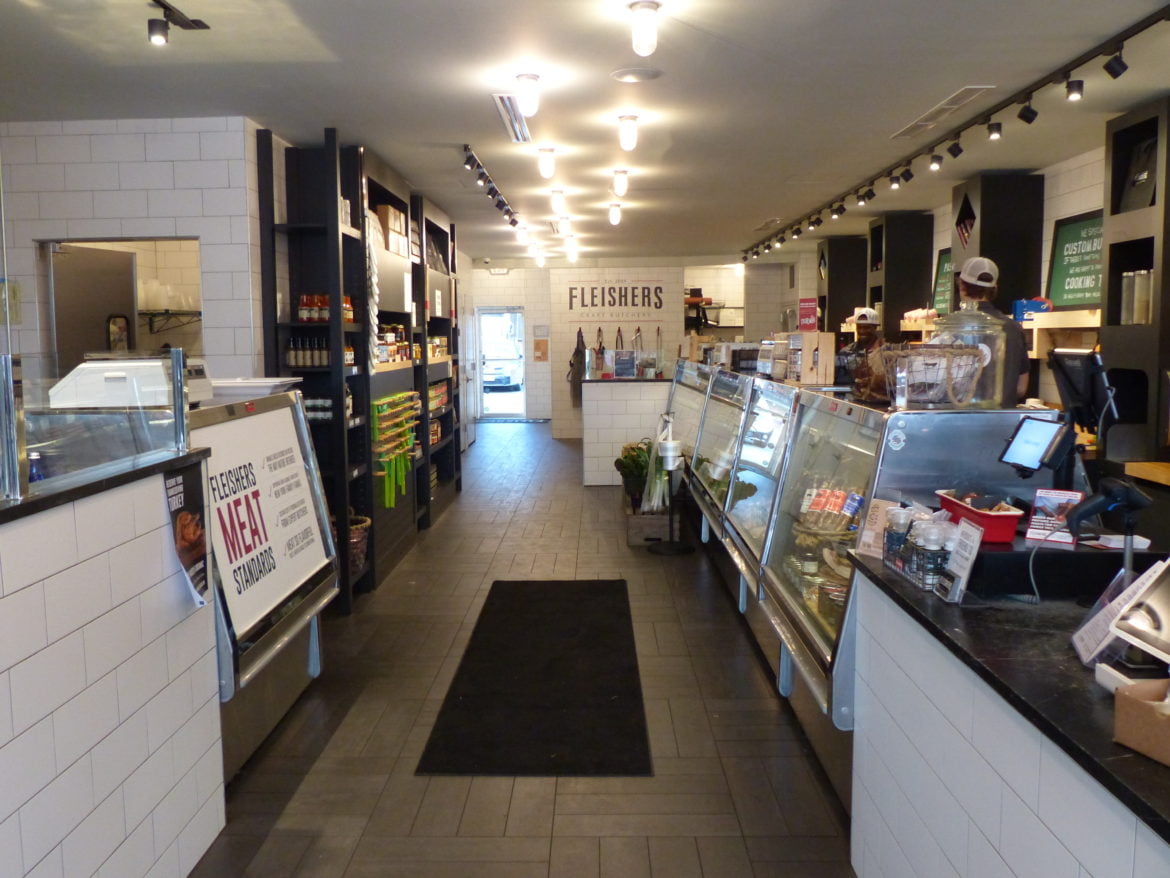