While they found out late about Nationals, 22 of the 28 players on the team are planning to go to the tournament to compete and keep their winning streak.

Officially established in 2003 the boys rugby team has developed into a serious competitor. The team has been undefeated since they began training in March, outscoring opponents handily in both the regular season and at the Fairfield County championship tournament.

Composed of kids from Rye, Stamford, the French Academy, and other schools in the area, the U14 team has aided in making the rugby association in Greenwich become massive, feeding into the Greenwich High School team, which finished in the top 10 in the country again this year, as well as the Greenwich adult men’s team, which made it to the playoffs in the fall after only their third ever competitive season.

“About half of our guys are going to the high school next year,” Coach James mentioned. “So that’s a nice influx of talent for the team.”

With over 300 families connected to rugby in Greenwich, including 150-200 kids that are involved in the youth program of U6 to U14 teams, Greenwich Rugby has served as a multi-generational program that continues to bring together the Greenwich community.

In getting prepped for the National tournament, the boys on the U14 team, all in their middle school years, worked together off the field to fundraise (through bake sales, a 50/50 raffle, and more) about $3,000 for their upcoming trip.

Not only do the boys unite to work hard off the field, but they also put their all into practice on the field. 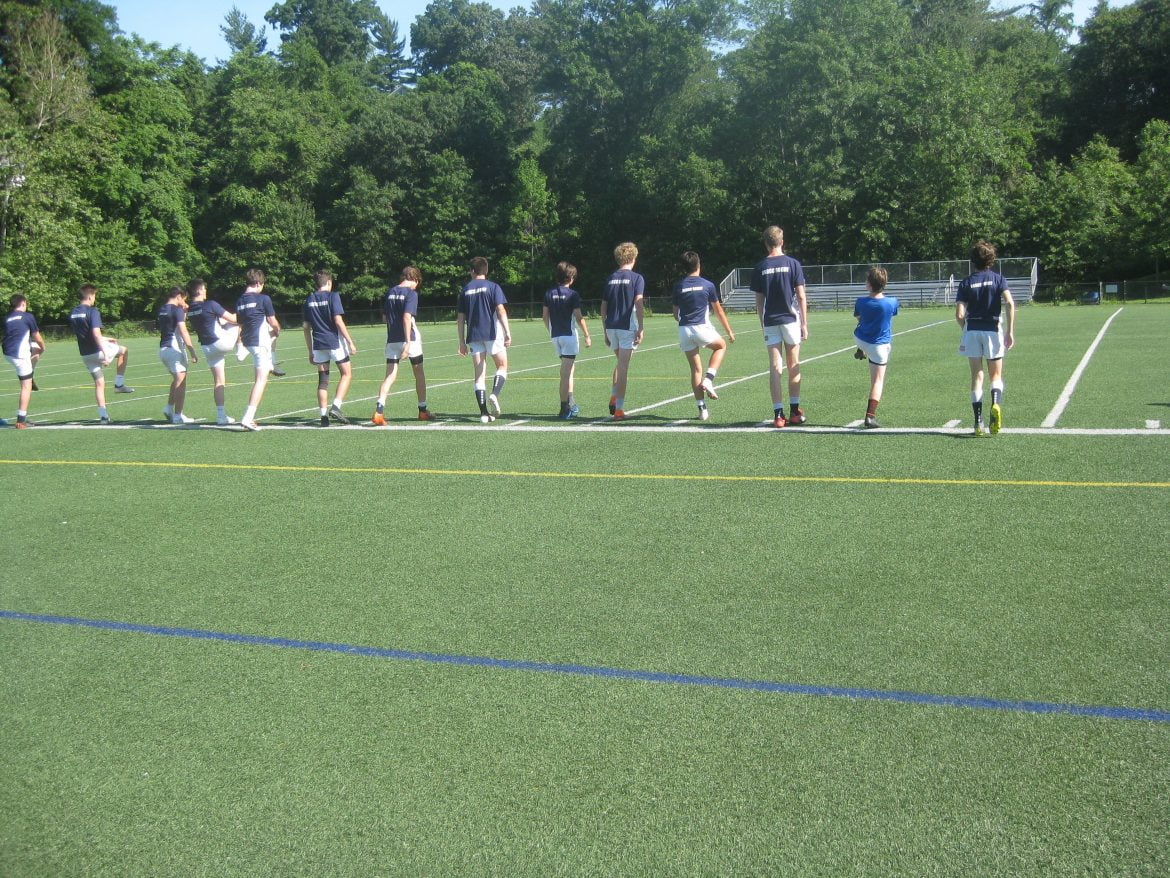 “As a coach, something that blows me away is that I don’t really have to run their warm-up anymore; they just take care of it themselves,” Coach James emphasized. “I’m just really lucky.” 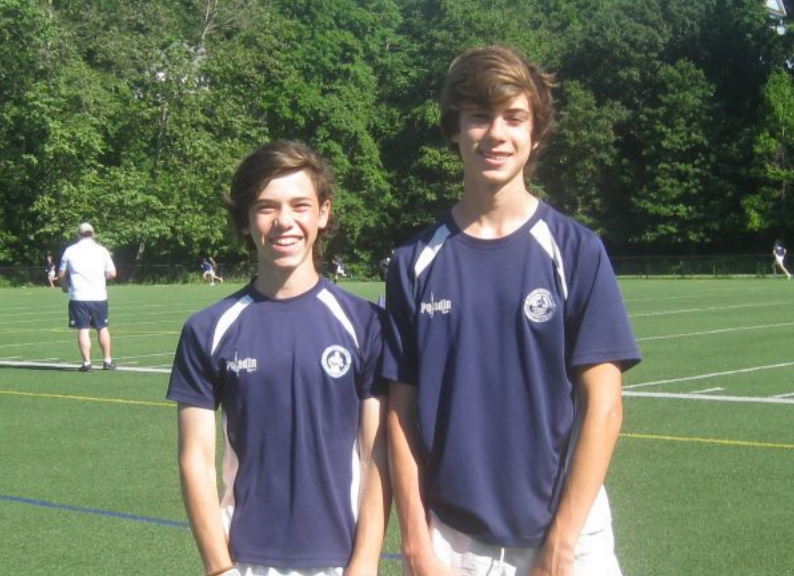 “I think it’s a great team. We all work together well, and we all get along,” Ben said.

When talking about his team’s journey to Nationals, he added, “It caught us as a surprise because when we started this season, we weren’t supposed to go.” But now, with all the work they have put in, Segundo said, “We have a good chance.” 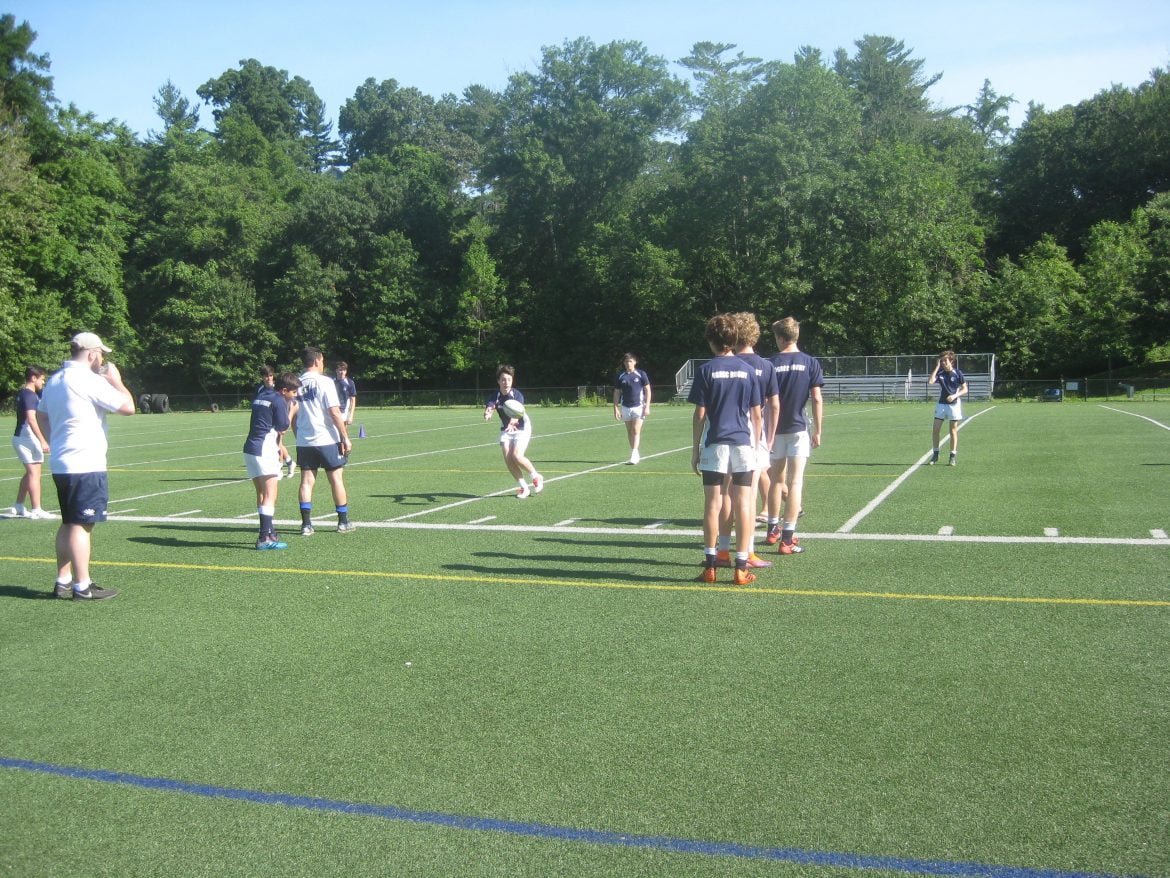 “Nationals will give us a challenge and we will get to work as a team,” Ben stressed. His older brother, Santi Thompson, has also played a large role in the Greenwich rugby community, and is currently playing for the Greenwich High School rugby team.

Santi, along with his teammate Andrew Nanai, has recently been invited to be a part of the USA High School All-American Team to compete against the Canadian U18 team this July in British Columbia, and they have created a GoFundMe account to help pay for the expenses of their trip.

Below is the link to donate: https://www.gofundme.com/andrew-nanai-and-santi-thompson-allamerican-tour

Here’s to wishing the U14 team luck at Nationals and to continuing the growth of the extremely promising rugby association in Greenwich. What a year it has been!