The Greenwich YMCA held a BBQ for YMCA members, families, and friends to celebrate reopening its front doors on Saturday. 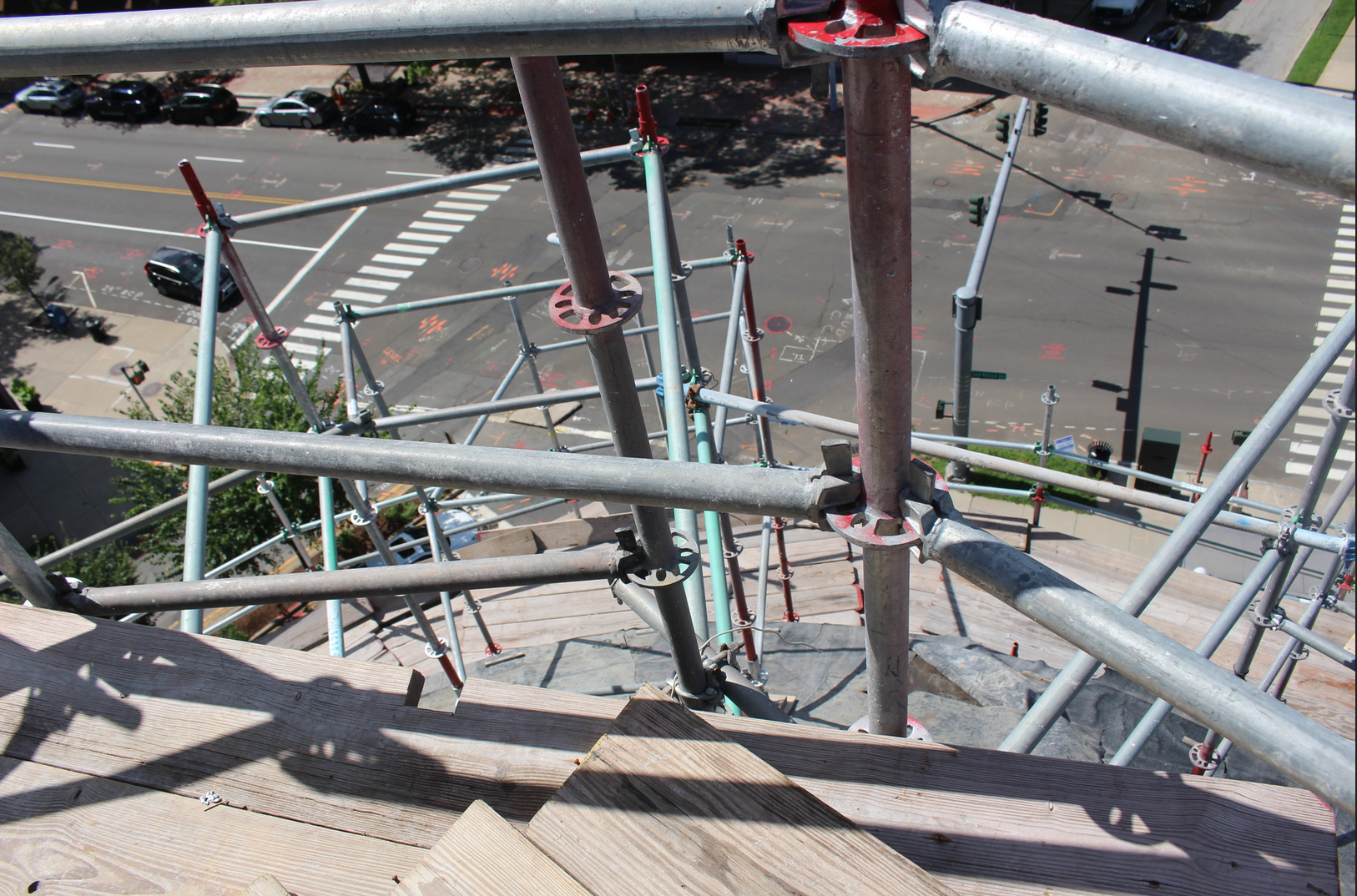 Dizzying view of Mason Street from the top of the YMCA of Greenwich. Aug 17, 2016

The historic front door had been shut since 2013 due to construction and abundant scaffolding.

Now, rather than having to enter through the rear parking lot, members of the YMCA will be able to come through the newly finished front doors at the intersection of Mason Street, Putnam Ave and Church Street.

For longtime YMCA members and guests, the lack of access via the building’s original entrance meant something was missing.

Part of what makes the YMCA special is the experience of entering through its historic doors.

Having been a “source of pride” for 102 years, the YMCA’s entrance has been cleaned up and repaired to allow families to enter the Y as if it was their own home.

“Our mission is to build a community. Tremendous people come through our doors every day, and you get a great sense of belonging. People champion you here – that’s what makes it special,” said Bob DeAngelo, CEO of the YMCA. 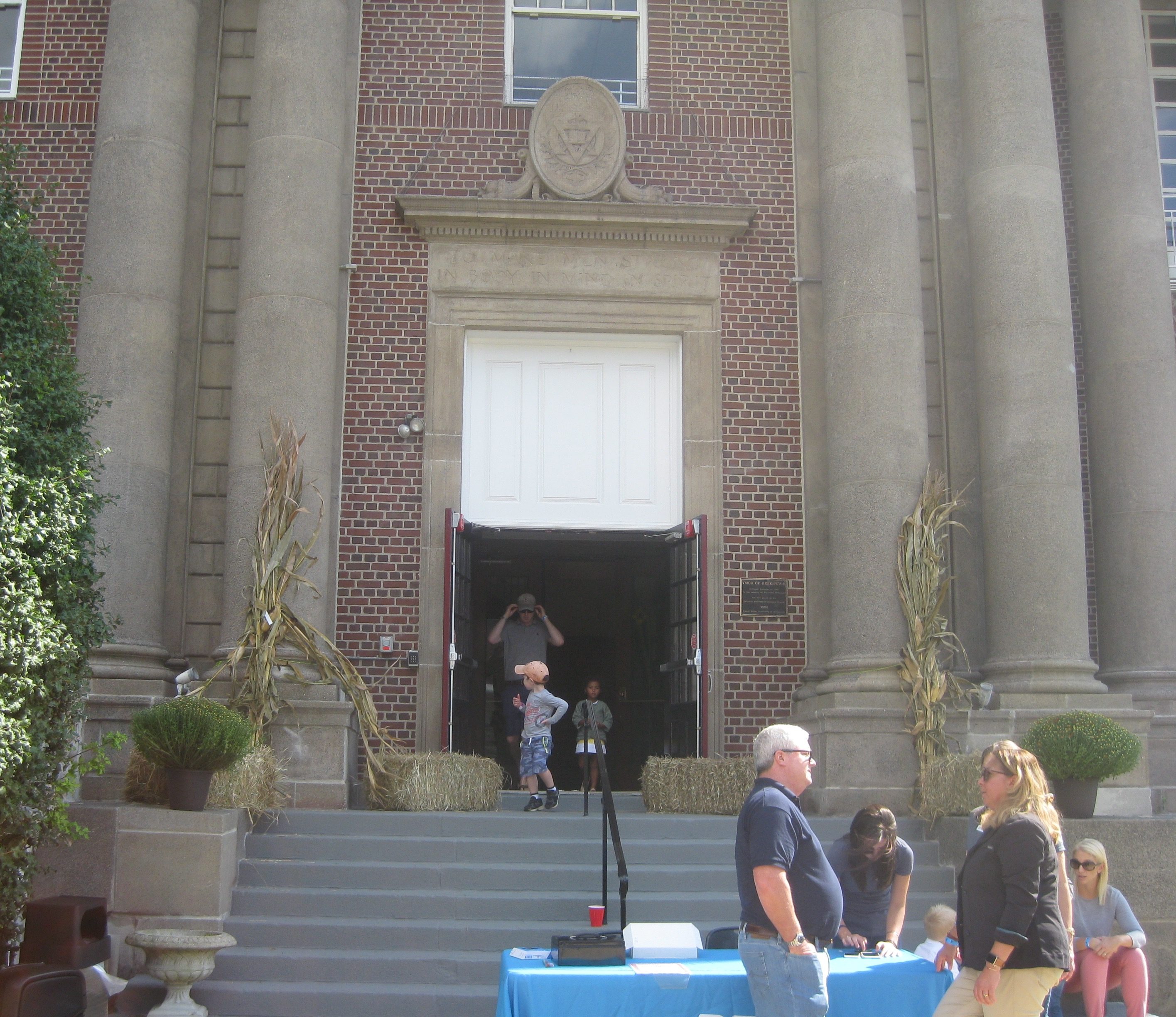 The YMCA’s front doors have been repaired, with the bricks washed and steps redone.

Shahryar Oveissi, the Chairman of the Board of the YMCA, also plays a big role in enhancing the community feel of the YMCA.

Having grown up in town and having learned to swim at the YMCA himself, Oveissi said the reopening of the doors completes the YMCA’s legacy and has moved it into a new chapter.

“We want the Y to be accessible to the whole town and the whole community, so we always want to stress that no one is ever going to be turned away,” Oveissi said. ” There is no financial limitation. We’re about inclusiveness.”

Oveissi said that with so many activities at the YMCA, there are endless ways to meet new people within the Greenwich community and form lasting friendships. 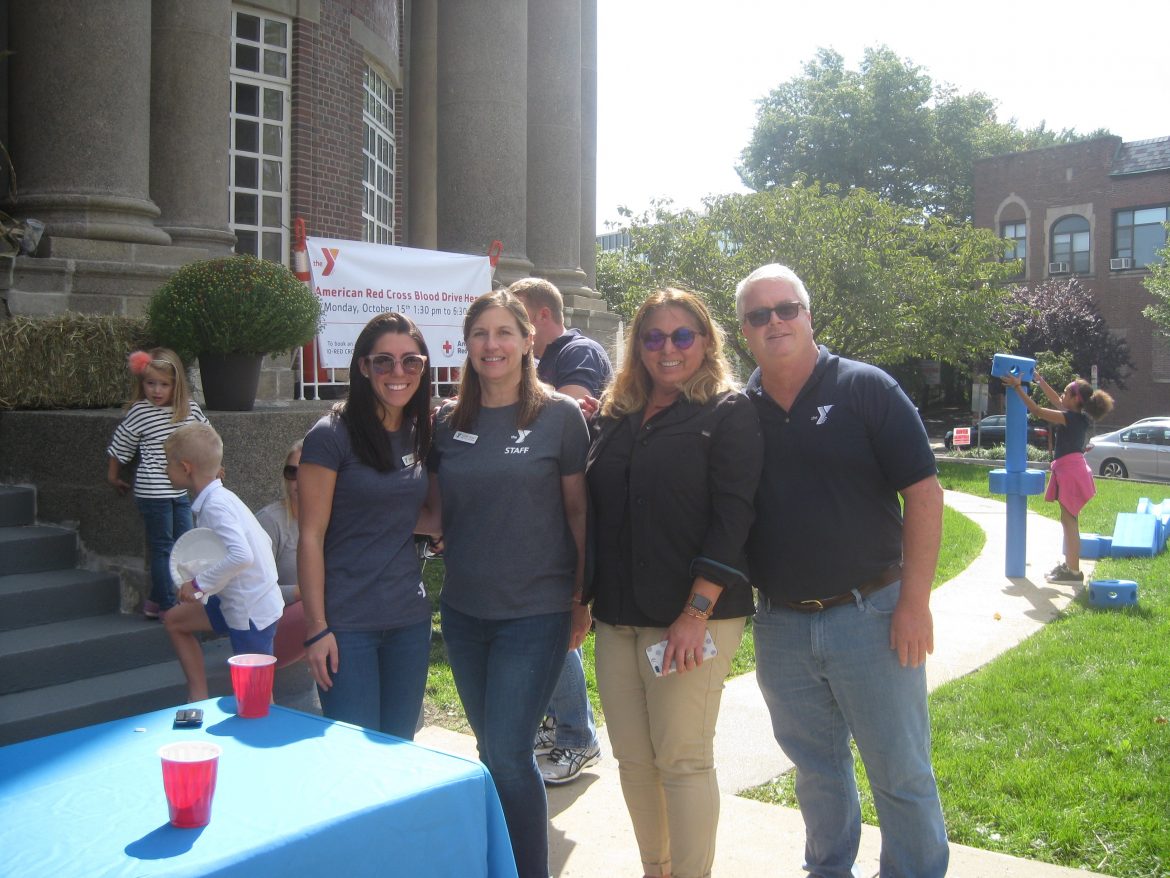 John Sanders, a member of the YMCA, has met wonderful families through the organization’s diverse programs, and has gotten his two and five-year-old children involved in the YMCA’s early learning center, ballet classes, and swim lessons.

And John, himself, has been able to take advantage of the fitness center and child watch program at the YMCA as well.

“I can say, hands-down, the exposure that my kids have had to different programs and activities are unparalleled in terms of other daycares,” John said, adding, “There’s a sense of family here, they bring everyone together, like today.”

Thanks to the renovations, the Greenwich community can now enter their home through the front door to see friends and family at the YMCA. Here’s to many more years of a community feeling at the YMCA.

At 100, YMCA of Greenwich Savors Its View from the Top