A newly formed non-profit, PAWS of Greenwich, and collective of Greenwich-area dog lovers, owners, and businesses, are joining forces on Saturday April 29 from 9:00am until 12:00 noon at Grass Island Dog Park for a clean up and series of pet-friendly activities.

The goal is to revitalize Greenwich’s only legal off-leash dog park.

Dog owners from Greenwich and beyond are allowed to bring their dogs to Tod’s Point in the winter months, from December 1 through March.

However, while there are de facto “dog parks” that are illegal, including the Mianus Gorge, in the warmer months there only destination that is legal for dogs to run off leash is Grass Island.

In 2015, an effort to extend the dog season at Tod’s Point into April for two additional weeks came in the form of a petition. The Parks & Rec board voted down the proposed extension at their September 2015 meeting, despite words in favor from State Rep Fred Camillo and board member Gary Dell’Abate, who has since become the board’s vice chair.

Since declining to extend dog season at Tod’s Point, the board has had internal disagreements about dogs in Greenwich’s parks.

Mr. Dell’Abate has argued consistently for a more dog friendly approach, stating at a recent Parks & Rec board meeting that dog owners comprise a significant constituency in Greenwich.

The Parks & Rec board’s newest member, Frank Divincenzo is adamantly against dogs in the town’s parks, especially at Tod’s Point.

“There a great number of people who want to go to the beach, but because there are dogs off leash and they’re everywhere, they just don’t want to go,” DiVincenzo said at the December 2016 meeting.

According to a PAWS of Greenwich founder Jessica Del Guercio, the April 29 event seeks to improve the lackluster condition and appearance of the Grass Island dog park, where the adjacent wastewater treatment plant emits unpleasant odors, and the grass, which is on a slope, is often muddy.

Del Guercio said that many dog owners don’t want to bring their dogs to Grass Island because of the smell, mud and overall condition of the park. 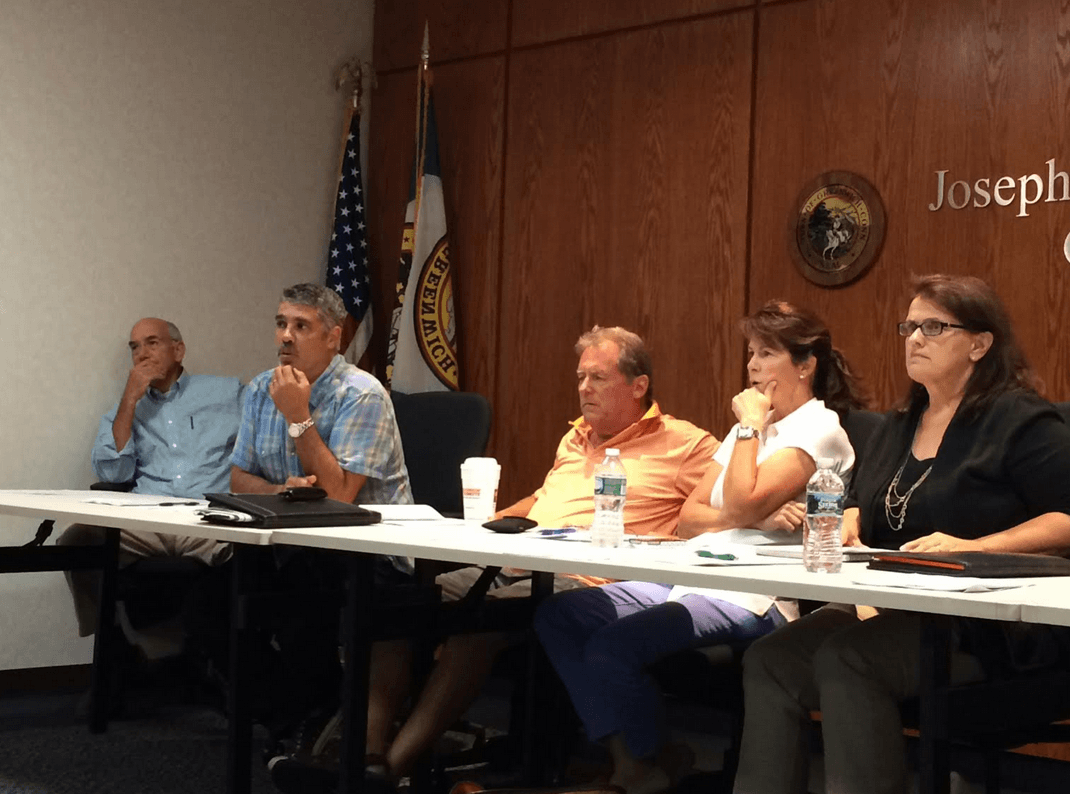 Gary Dell’Abate, second from left, voted in favor of extending dog season at Greenwich point from four months to five. However the majority of the board voted against the extension. September 2015. Credit: Leslie Yager

To sign up, or for more information on the family-and-dog-friendly event, the “Spring Spruce Up” click here: http://bit.ly/pawsofgreenwich

Clean-up activities will include: 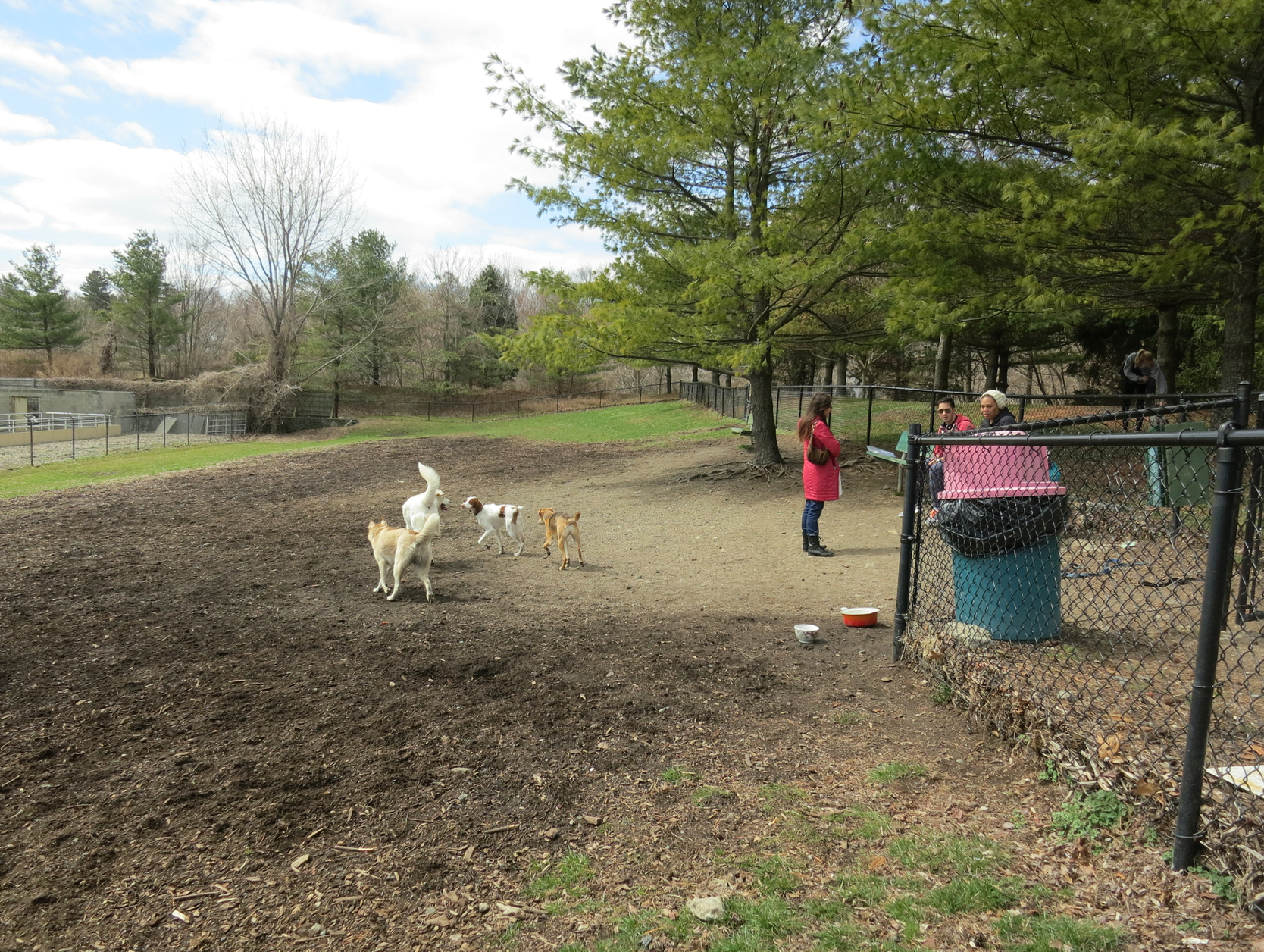 Ms. Del Guercio’s hope is that some small changes to the appearance and condition of the park will help attract residents and make it a more comfortable and safe environment for the two-and-four-legged.

An avid dog lover and owner of a rescue puppy, Del Guercio launched this initiative following her move to Greenwich from Manhattan.

After experiencing the dog park and talking to community dog owners and dog walkers, she decided to launch PAWS of Greenwich.

“Greenwich is the largest town on Connecticut’s Gold Coast and has over 50,000 pet owners. There is an essential need in the community for safe and clean off-leash areas for canines, and appropriate pet-friendly resources for residents and those considering Greenwich as their new home,” Del Guercio said.

“We hope to raise funds to support community programs that promote the importance of pet-friendly communities and pet welfare programs, and give back to our four-legged family members, that bring so much color into our life and our community,” Del Guercio added.

In addition to the cleanup, the event will feature a variety of pet and family friendly activities at the April 29 event, including:

The goal of PAWS of Greenwich is to make Greenwich a more pet-friendly community. 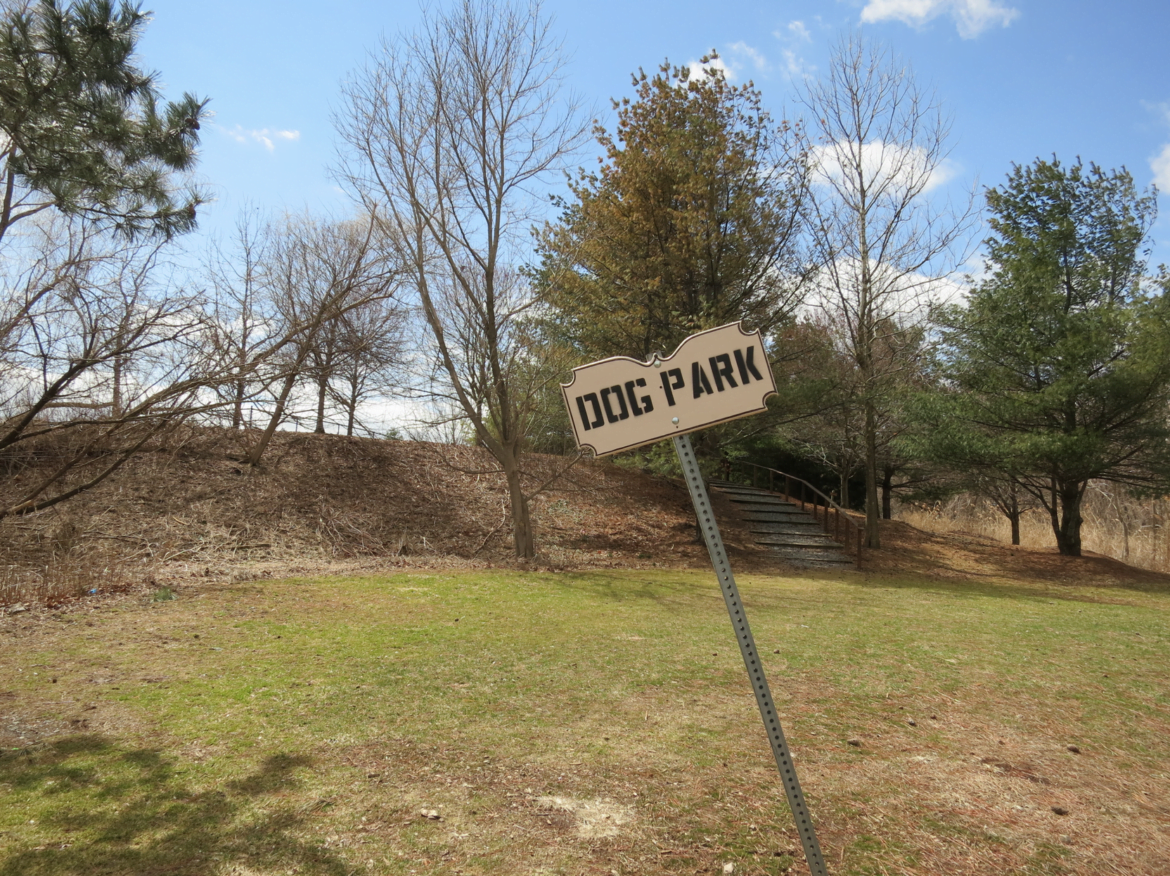