On Thursday morning, the Board of Selectmen  entertained a citizen driven beautification proposal called the “Graffiti Wipeout Initiative.”

The proposal described by Dawn Fortunato, who is both a lifelong Chickahominy resident and member of the RTM in District.

Fortunato’s proposal is to gather the Greenwich community in order to eradicate graffiti that has long been along the railroad tracks and underneath bridges all throughout Greenwich. She is collaborating with Boys & Girls Club of Greenwich executive director Bobby Walker and State Rep Fred Camillo. Specifically, the proposal is for members of The Boys & Girls Club’s Keystone and Torch Clubs to participate in the graffiti removal.

“I think it damages civic pride and encourages criminal activity. It devalues property, and it’s intimidating to residents. For some, it generates fear and anger,” Fortunato said, as she explained why she believed the graffiti ought to be removed.

First Selectman Peter Tesei said that he appreciated that the project is citizen driven and would involve the Boys & Girls Club. He also acknowledged the involvement of State Representative Camillo, who has been ivolved many citizen driven activities.

In regards to initiating the plan, Fortunato shared much of the research she has put into her proposal. 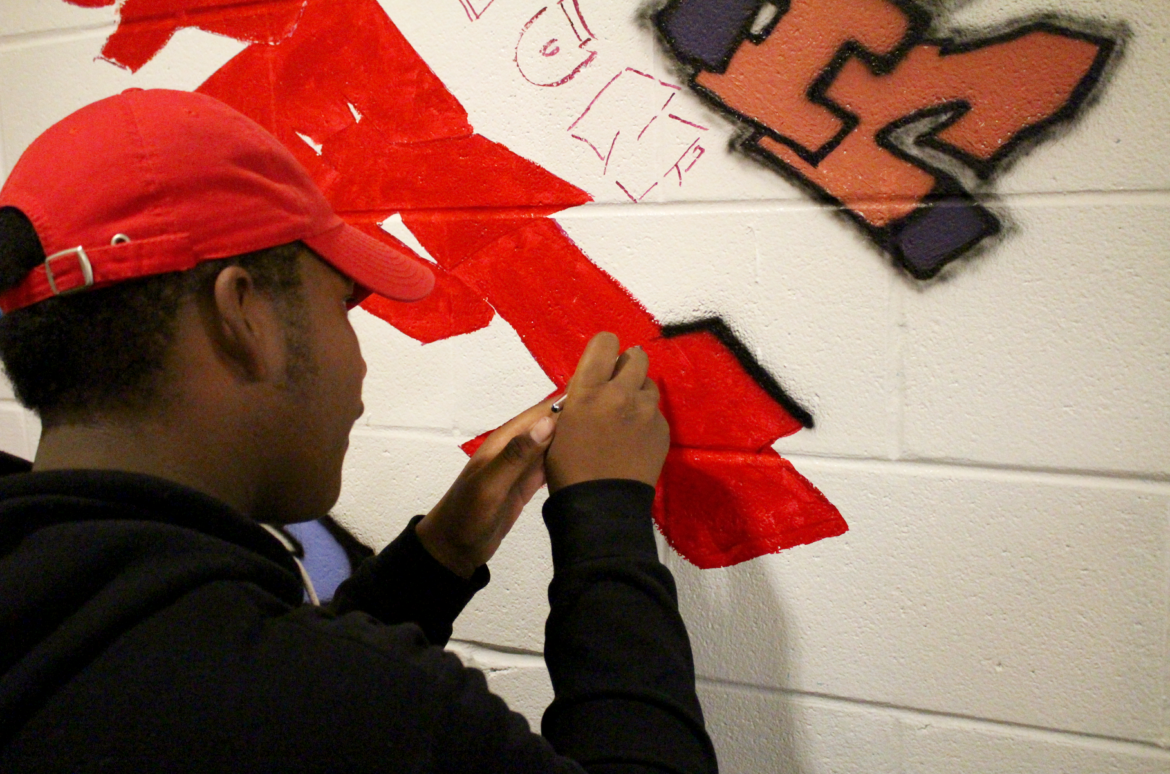 Where graffiti is welcome – a teen uses an airbrush to add graffiti on the walls of the new teen room at the Boys & Girls Club. March, 2016 Credit: Leslie Yager

She discussed the municipal kits of wipes and fade out pens that she personally has tested on long-standing, oxidized graffiti. She explained that for the price of shipping, it is possible to test products without making an investment.

Much of the graffiti is located on the natural rock formations surrounding the railroad tracks that run throughout town. Fortunato said that it is a possibility to get the DOT and MTA involved in the removal process, seeing that although the graffiti is on town property, MTA is in charge of said property.

She also feels that previous attempts to cover up the graffiti have just added to the problem. “I know that the DOT has been painting over a lot of the structures… it just takes away from the natural look of the stone and the beauty. It’s just an invitation to come back and tag,” she said. 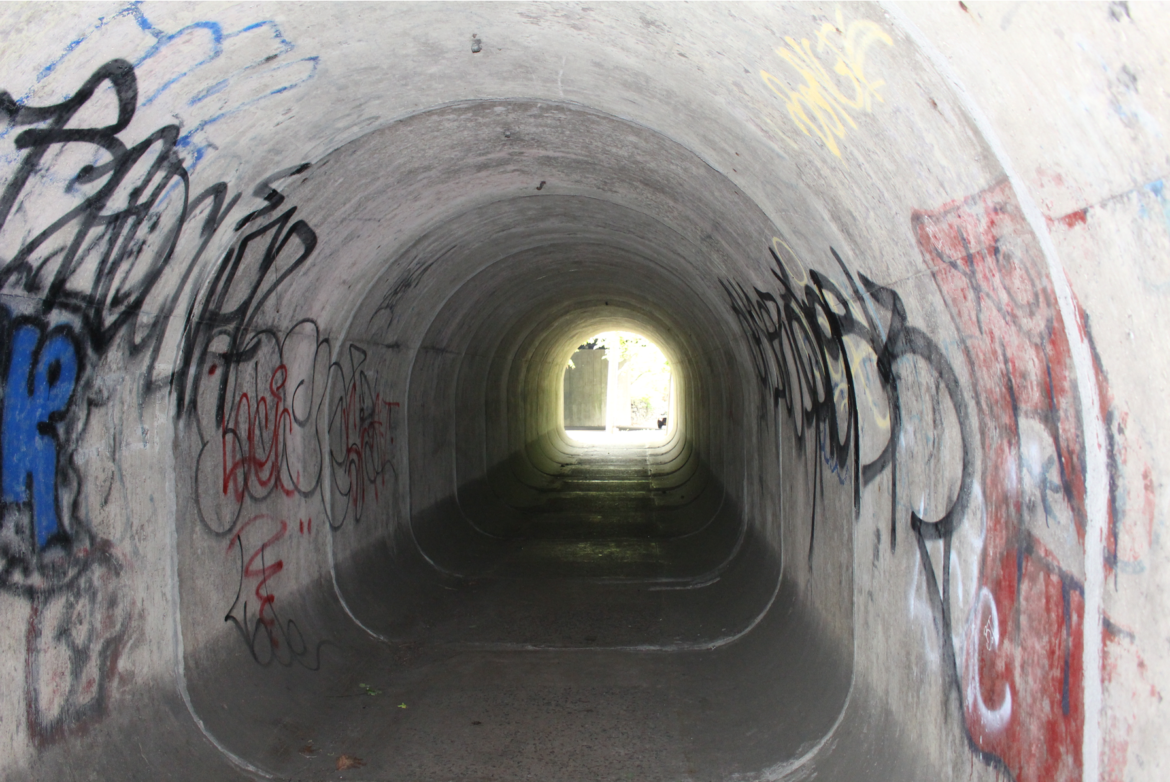 A lifelong resident of Chickahominy, Fortunato told GFP that graffiti in her neighborhood is an invitation to additional crime. “It says we just don’t care,” she told GFP last month.

“As a lifelong user of our parks here in Greenwich, the sight of graffiti from I-95 and other spots has always both embarrassed and angered me,” State Rep Camillo said to GFP last month. “A coordinated effort with the Greenwich Boys & Girls Club will benefit our town, the environment, and our children who are part of this effort.”

As for the of the proposal, the selectmen agreed that safety first is a fitting mantra. Seeing that members of the Boys & Girls Club would be helping in the removal process, gloves, safety goggles, and first aid kids have all been figured into the proposal, as well as adult supervisors and a close watch of the train schedule.

Seeing that the graffiti has been there as long as one can remember, removing it completely rather than covering it over with paint is a sure fire way to ensure that more graffiti isn’t added.

Selectman Drew Marzullo wanted to ensure that the graffiti being removed was actually graffiti and not a form of street art.

First Selectman Tesei agreed that the graffiti in question represented destruction of public property and Fortunato referred to the graffiti as “a dog marking a hydrant.”

After the assurance that the graffiti in question was actually graffiti, Mr. Tesei ended the discussion by stating that he thought the proposal was great. However, no vote was taken at the July 14 meeting. 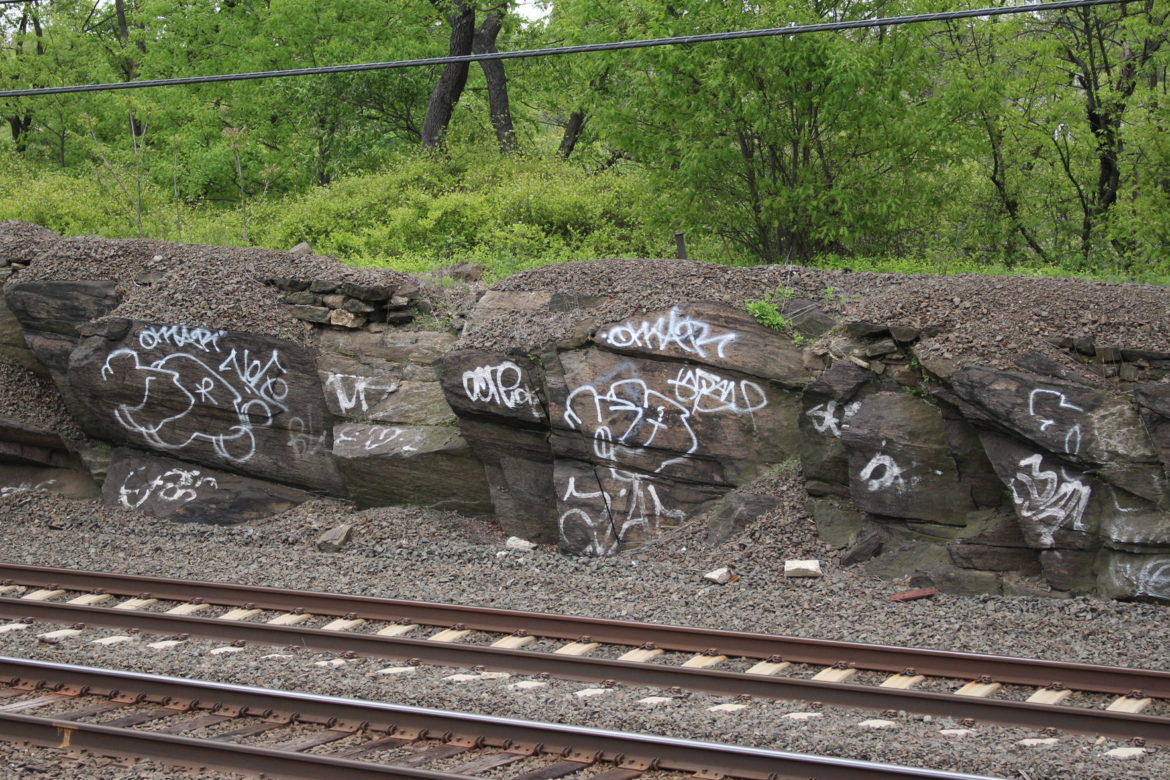 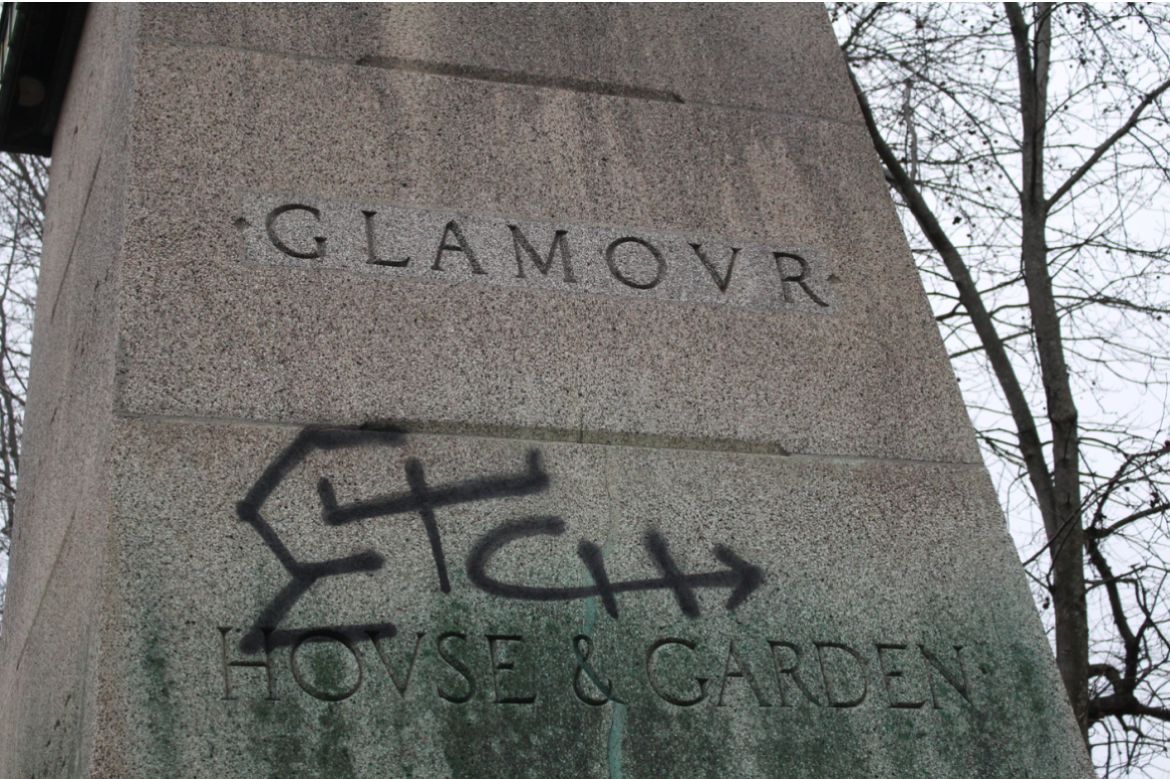 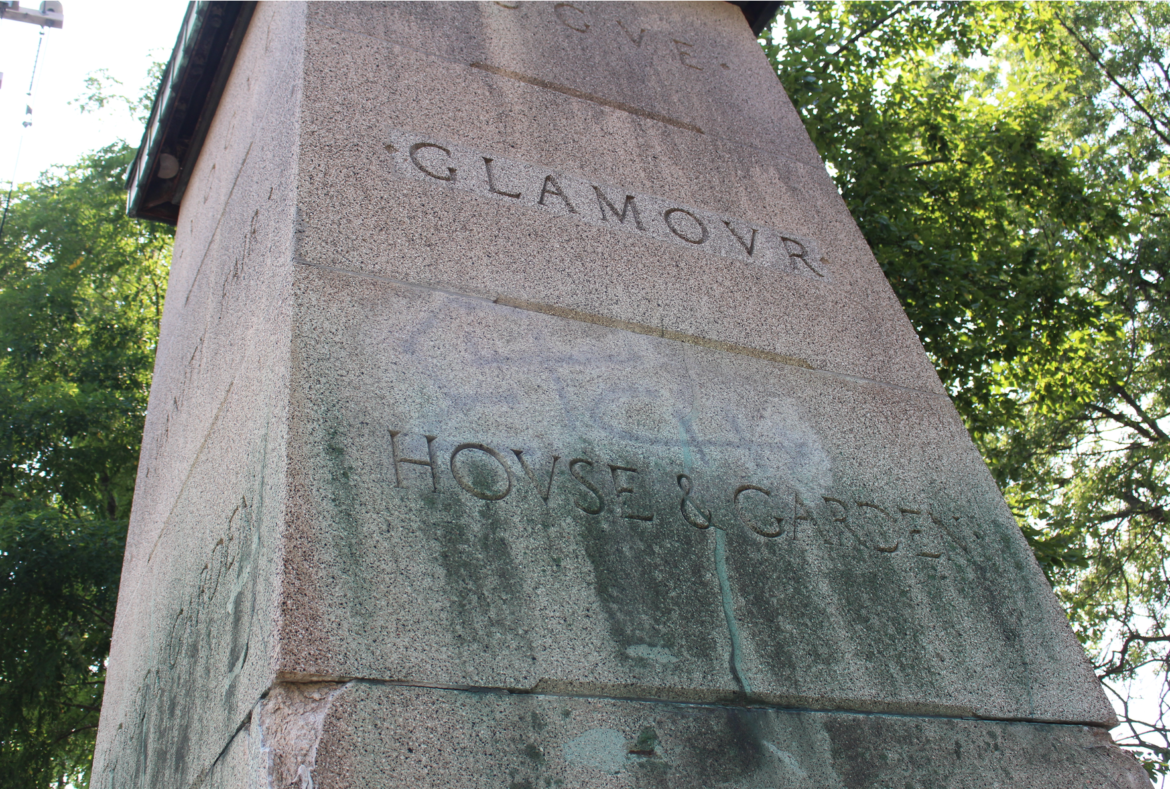 One of the obelisks outside the Hyatt Regency where graffiti has been cleaned up. Credit: Leslie Yager