Wednesday July 18, 2018 was Founder’s Day in Greenwich, and a reception was held at the newly renovated Feake-Ferris House. Attendees were among the first to tour the lovingly restored house which dates back to 1640. It is the oldest house in Greenwich and is one of the oldest homes in America.

Each year since 1947, the Town has invited citizens to pay tribute to its original citizens on Founder’s Day. The annual commemoration was spearheaded by former First Selectman Wilbur M Peck.

The Feake-Ferris house is unique in that it is situated on its original site, sloping down to marshland.

It was saved from demolition and underwent restoration by the Greenwich Point Conservancy under a Strategic Alliance Agreement.

On Wednesday, which was a glorious sunny day, Davidde Strackbein, Greenwich Historic Society board chair, welcomed the guests who included descendants of the Feake, Ferris and Patrick families.

Many townspeople will remember a few years ago, a demolition sign appeared on the historic home and the community swung into action.

The new owners of the home, Anna and Martin Waters, agreed to support the restoration of the original home and have donated generously toward the expense of the project. For the Founder’s Day event, they opened their new home, built behind and attached to the historic house, where guests enjoyed tours.

“We gather to learn from the vital evidence of our town’s 378-year history, which can now be seen every day, year after year, as we in essence have the opportunity to touch the human reality of our local history, which has been preserved,” Strackbein said to the crowd gathered for the reception.

Strackbein said the tours were a chance to walk the footsteps of the town’s founders in their own home.

State Rep Livvy Floren read aloud the words of the original 1686 deed to the property, which was purchased from the Sachem Indians of Asamuck for 25 coats, of which 11 were received. The deed specified that Indians would not be allowed to fish within a mile, nor invite or permit any other Indians to “sett downe in ye forementioned grounds.”

“This will be here for many generations, and it tells the earliest part of Greenwich’s story, which is a story of strength, courage and resiliency,” Tesei said.

Guests mingled over breakfast and the Waters’ fantastic view of Greenwich Cove while waiting their turn to tour the restored historic home. 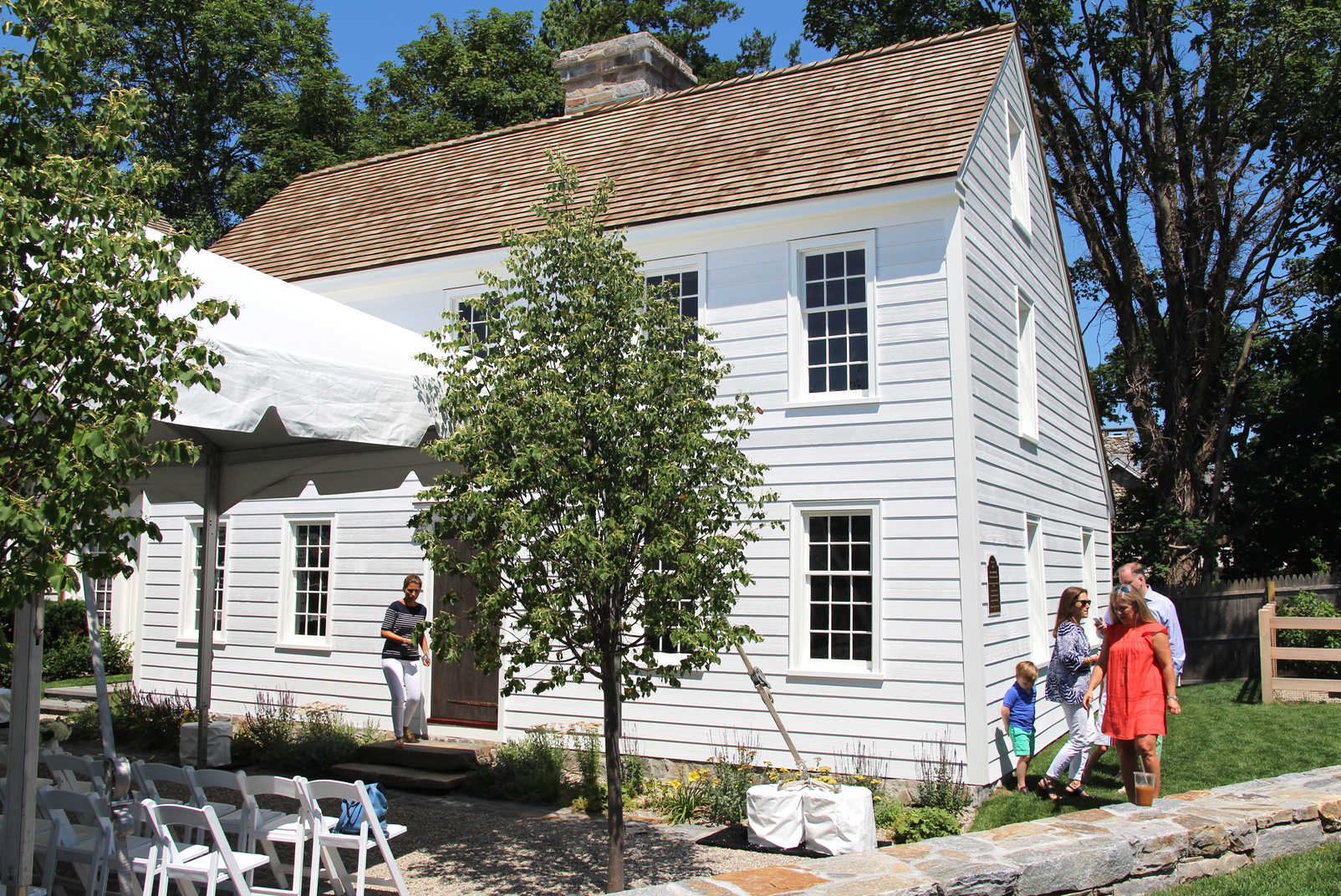 When it was constructed, the Feake House was on the southern most point of land. What today is Greenwich Point Park was in 1640 a series of islands. Today those islands are connected by causeways. The Feake house, dating to 1645, was a “one-over-one” house, and its original cellar, post and beam frame and roof rafters are still in place on the left side of the house, which sits on its original site. July 18, 2018 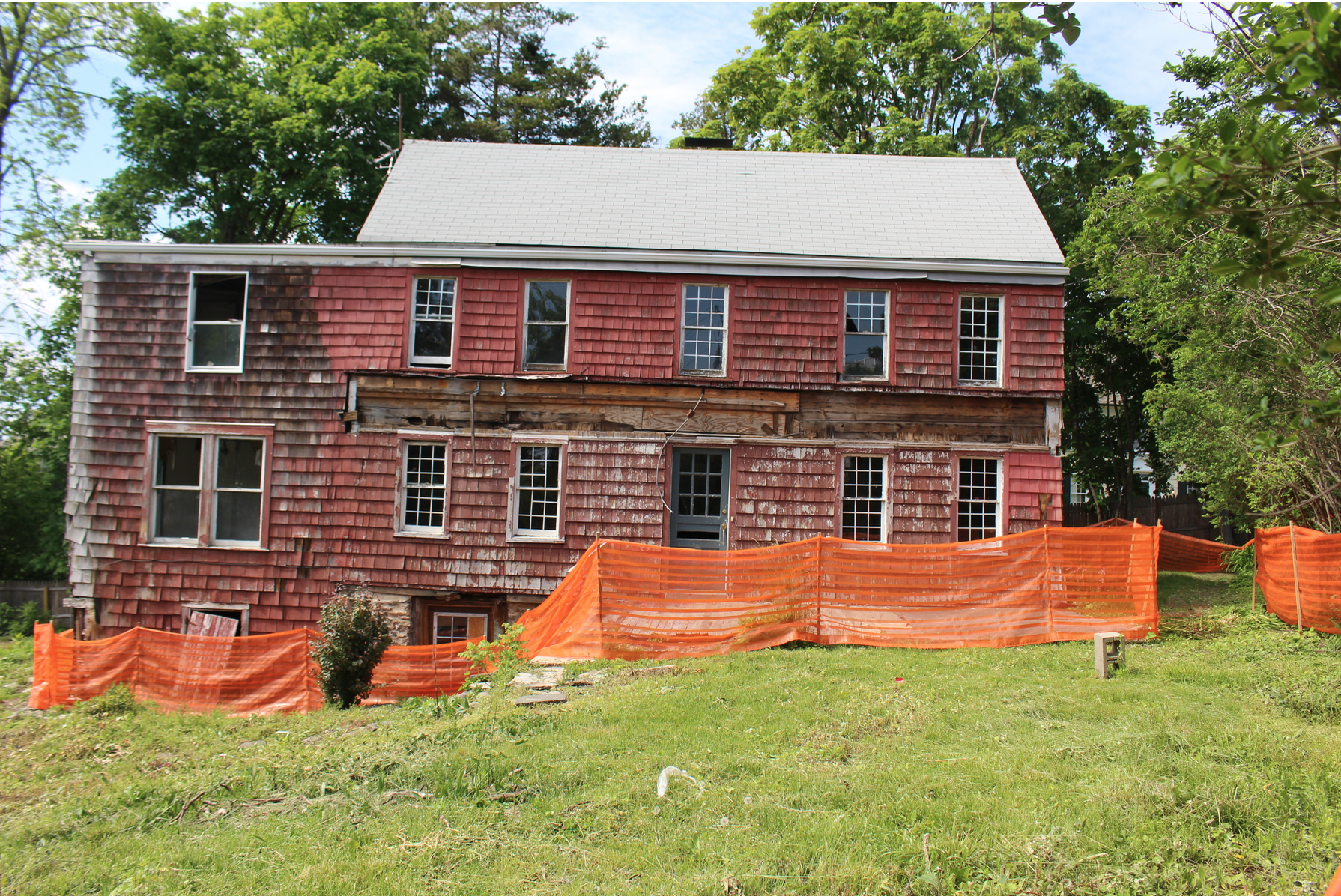 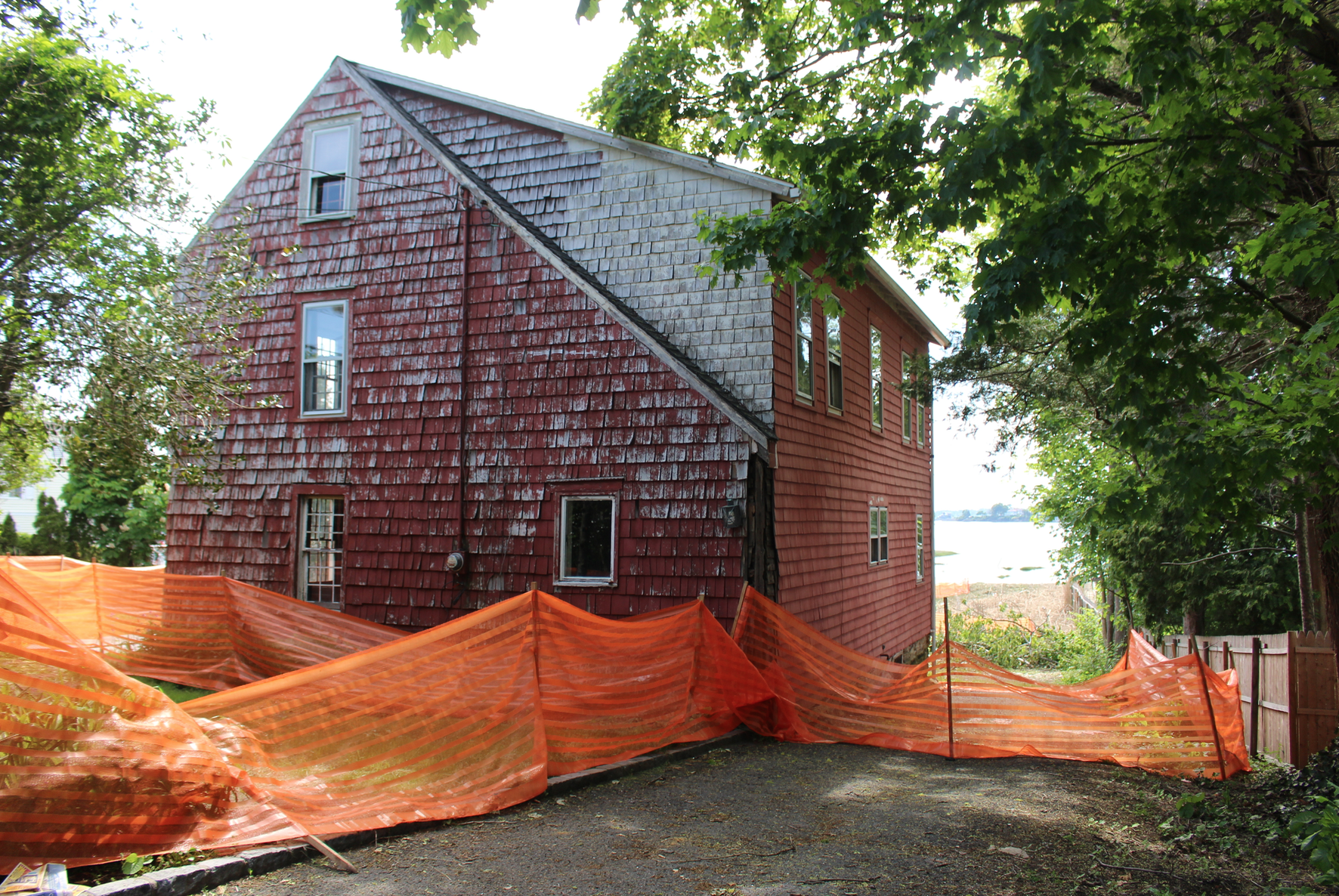 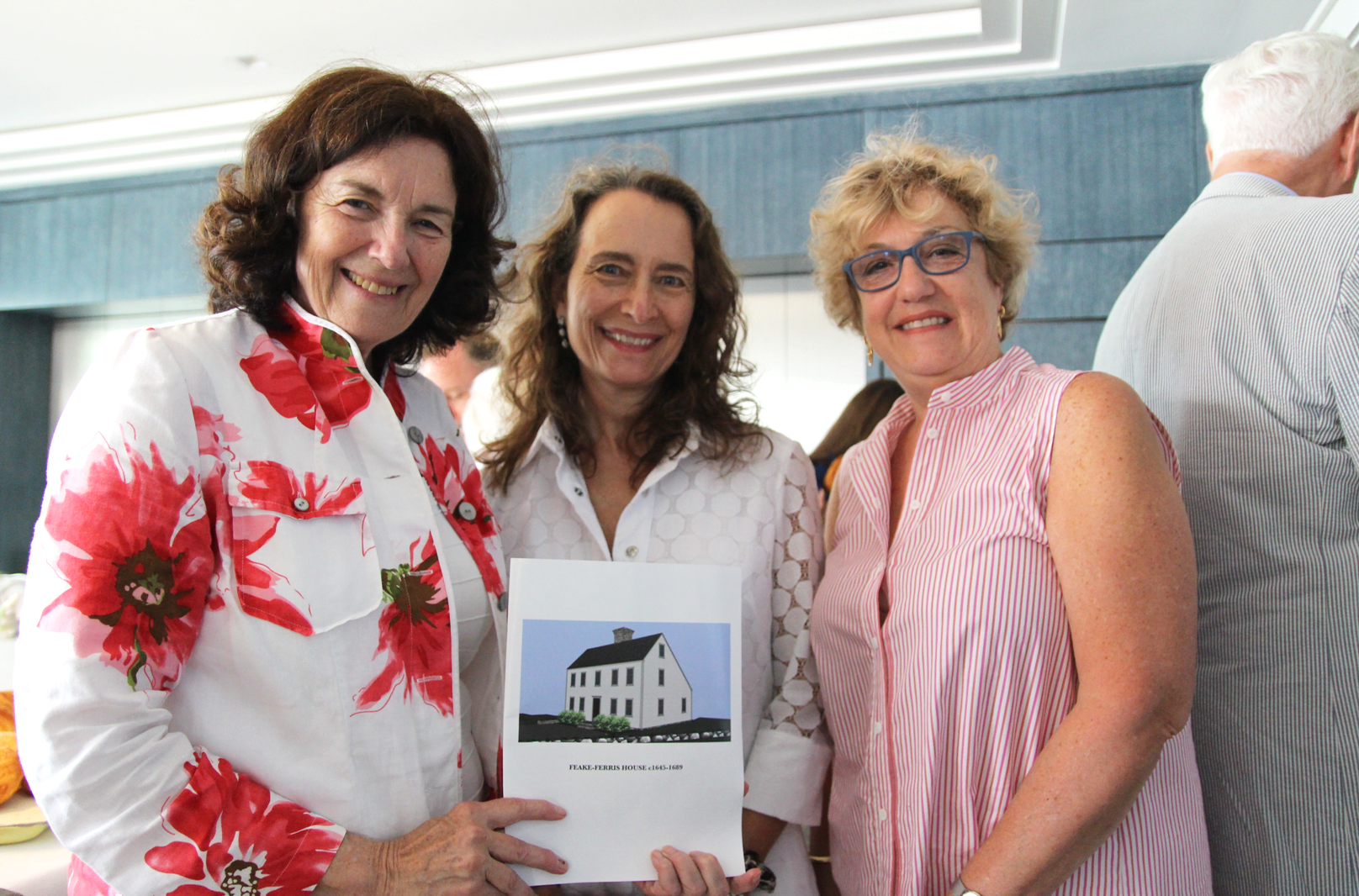 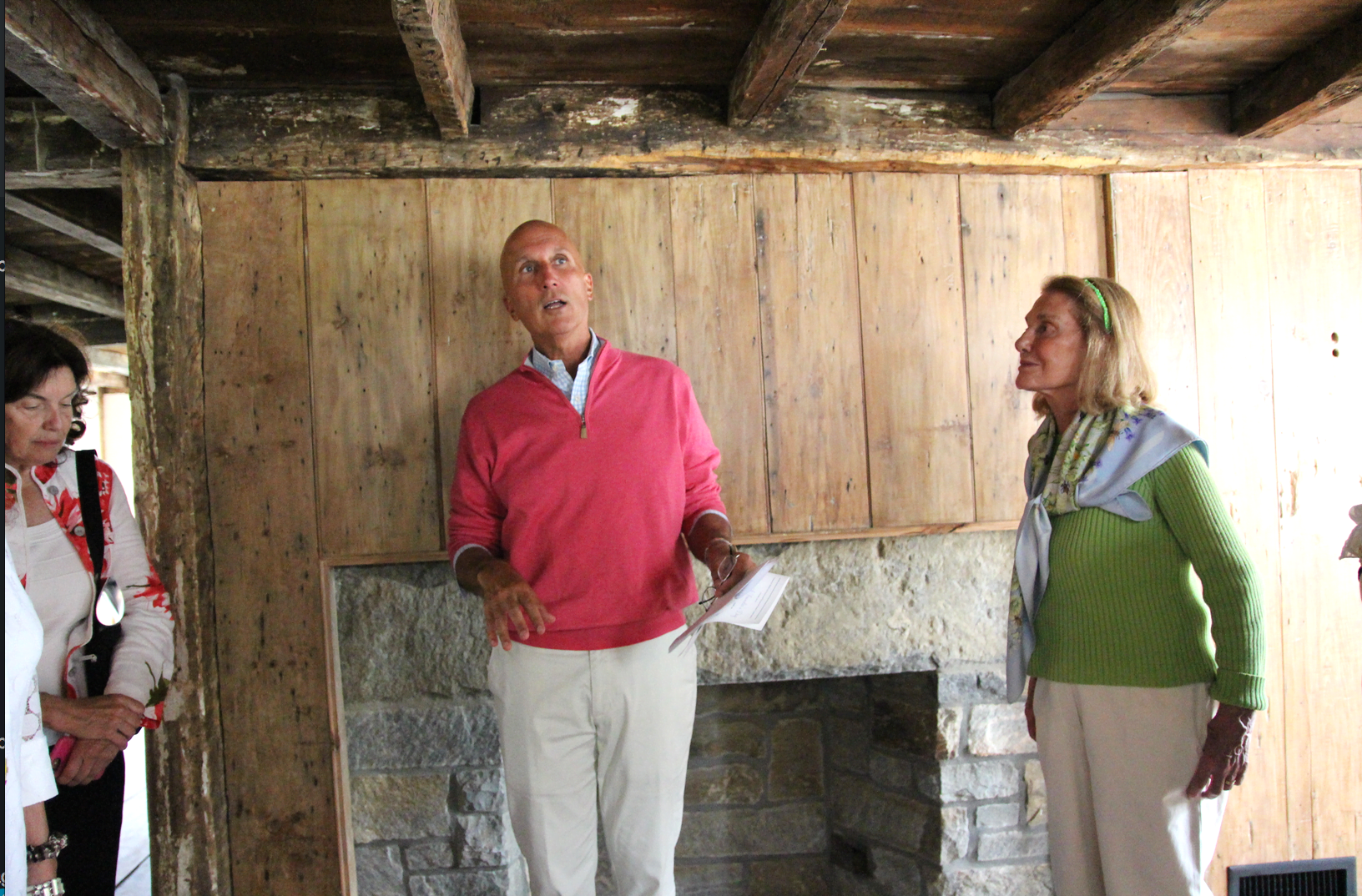 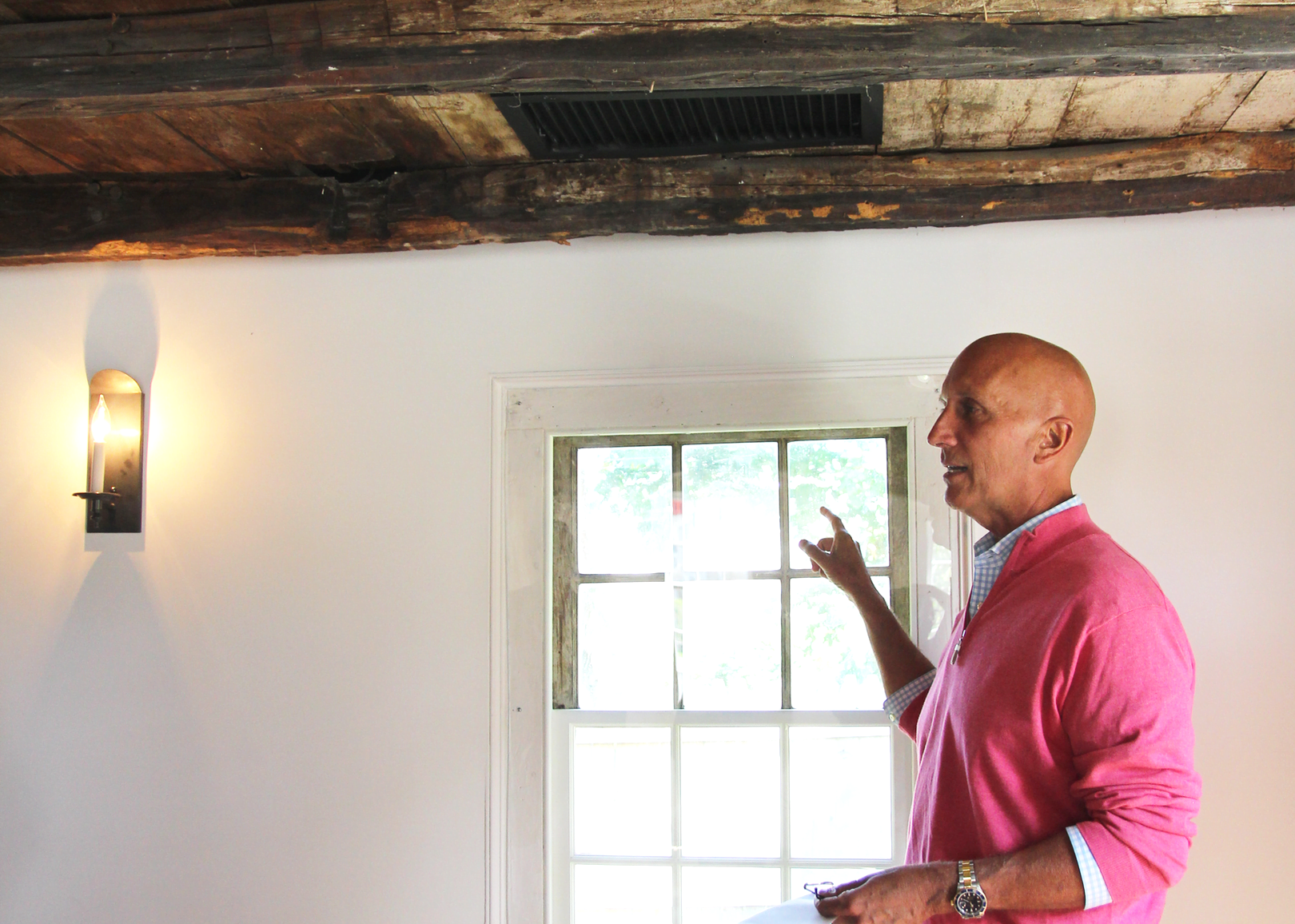 On Founder’s Day, Chris Franco points to a window in the east parlor that dates back to 1689. July 18, 2018 Photo: Leslie Yager 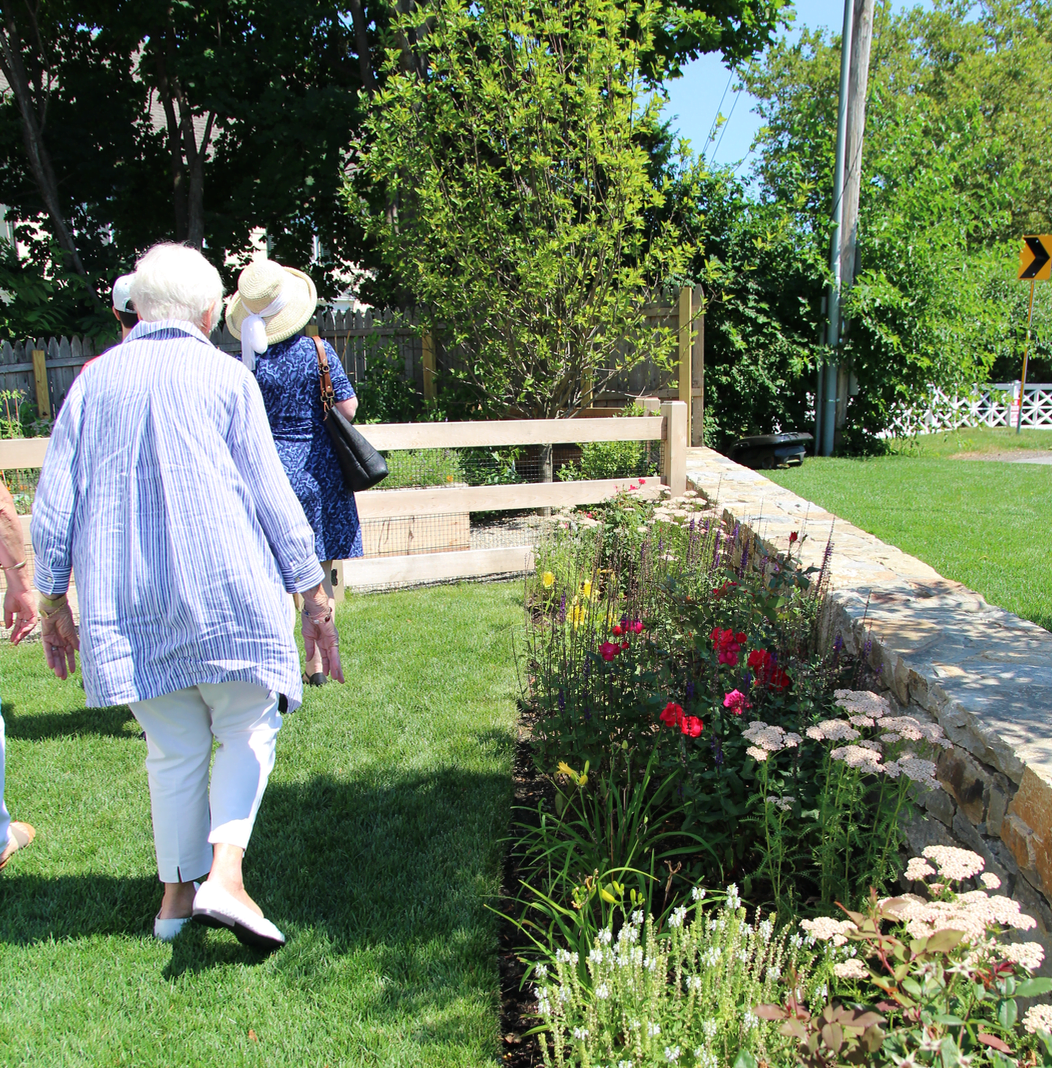 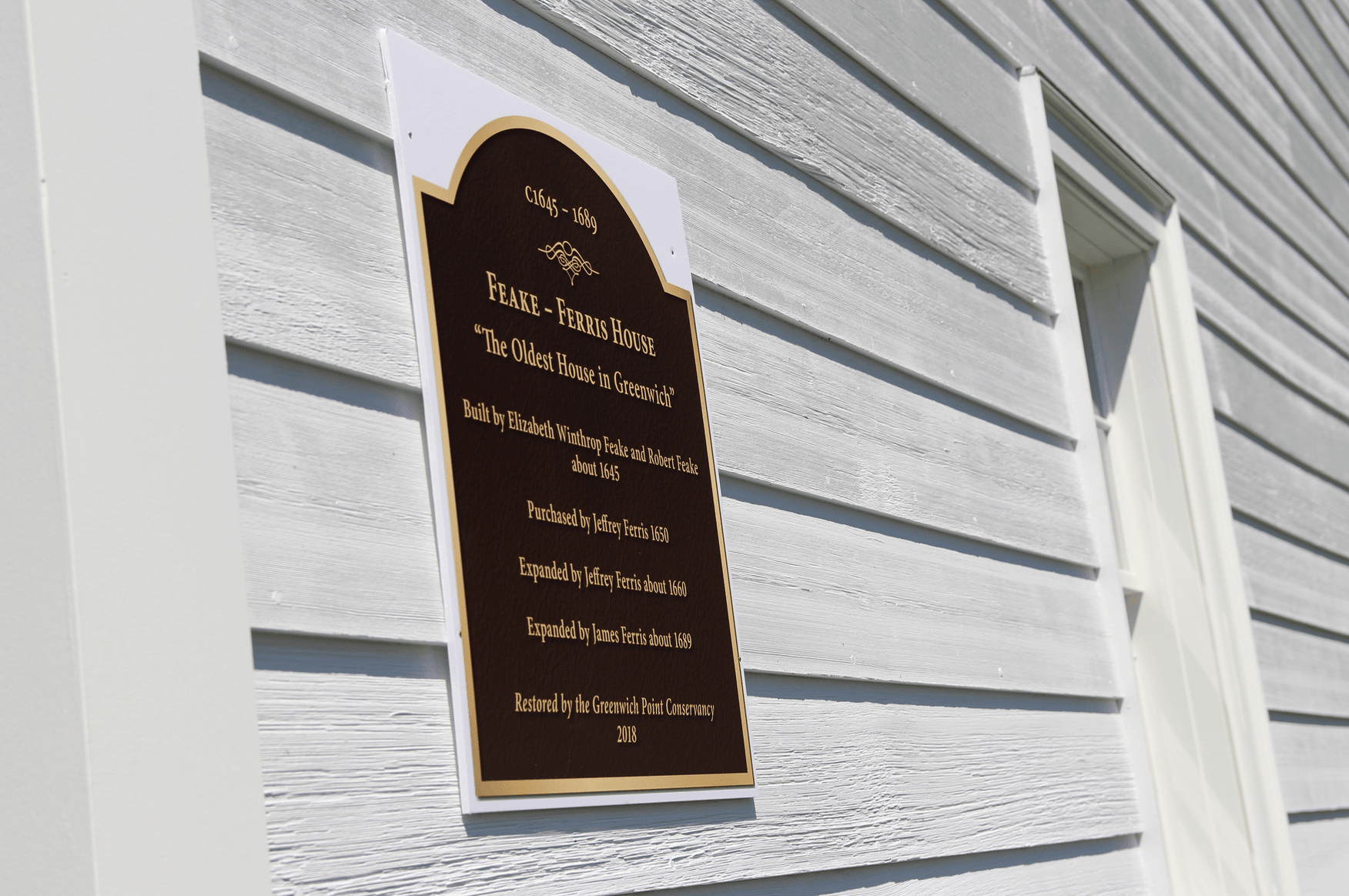 Plaque on the corner of the restored Feake-Ferris House. July 18, 2018 Photo: Leslie Yager 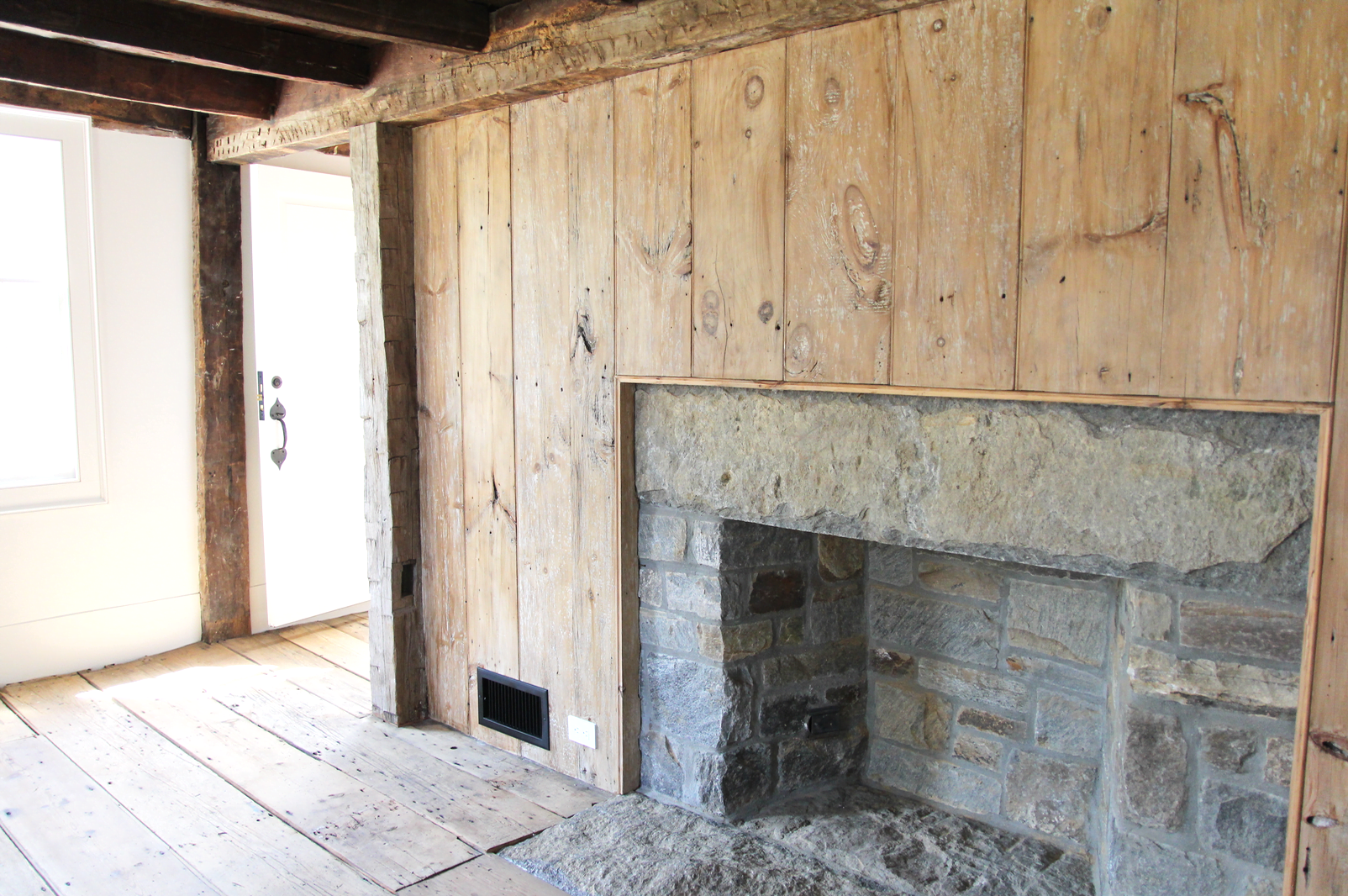 Restored fireplace inside the Feake-Ferris House. Originally there was a wood surround, but some stone was added for safety reasons. July 17, 2018 Photo: Leslie Yager 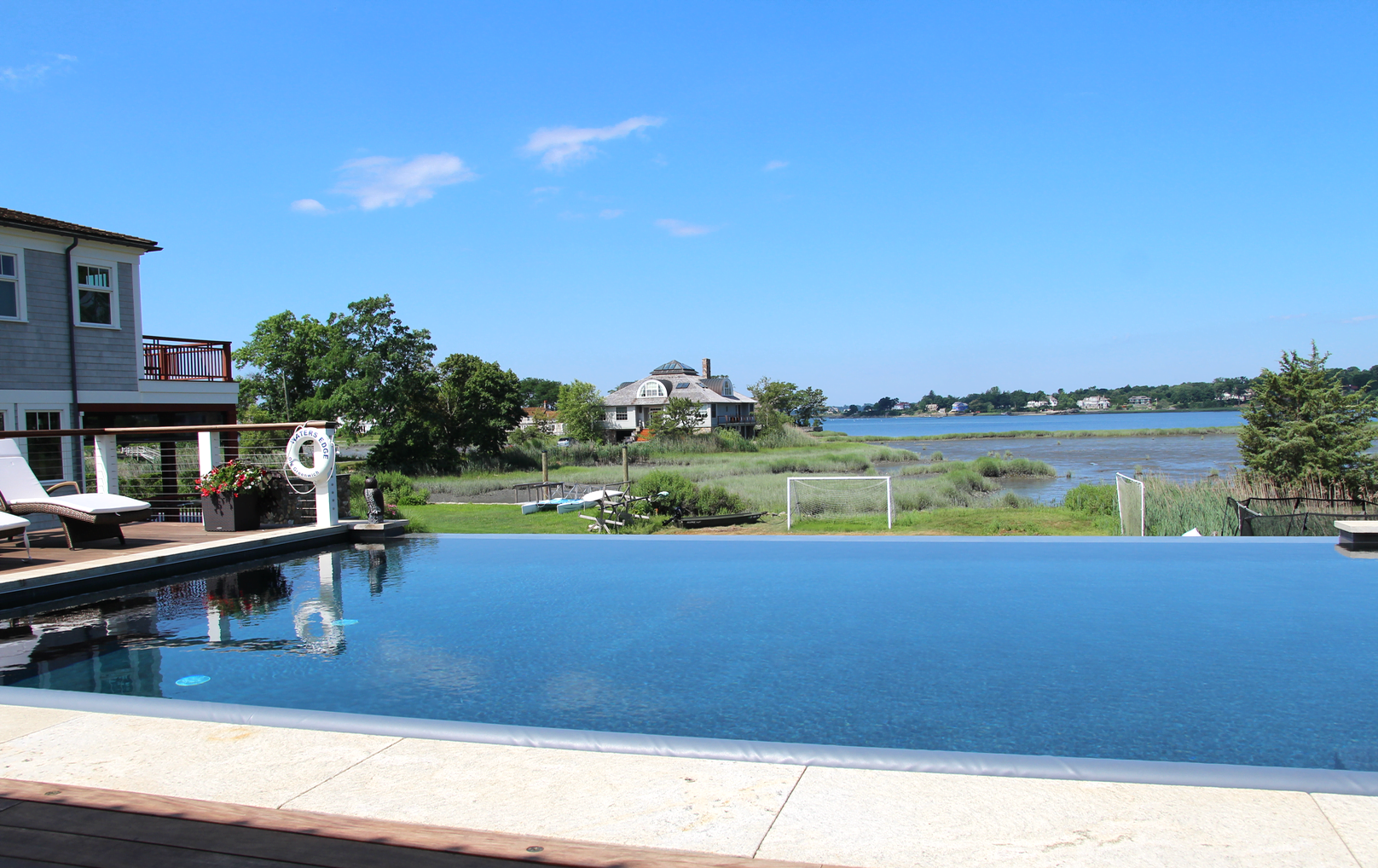 View from the Waters’ back porch of marshland, which was the original view of the adjacent historic house. July 18, 2018 Photo: Leslie Yager 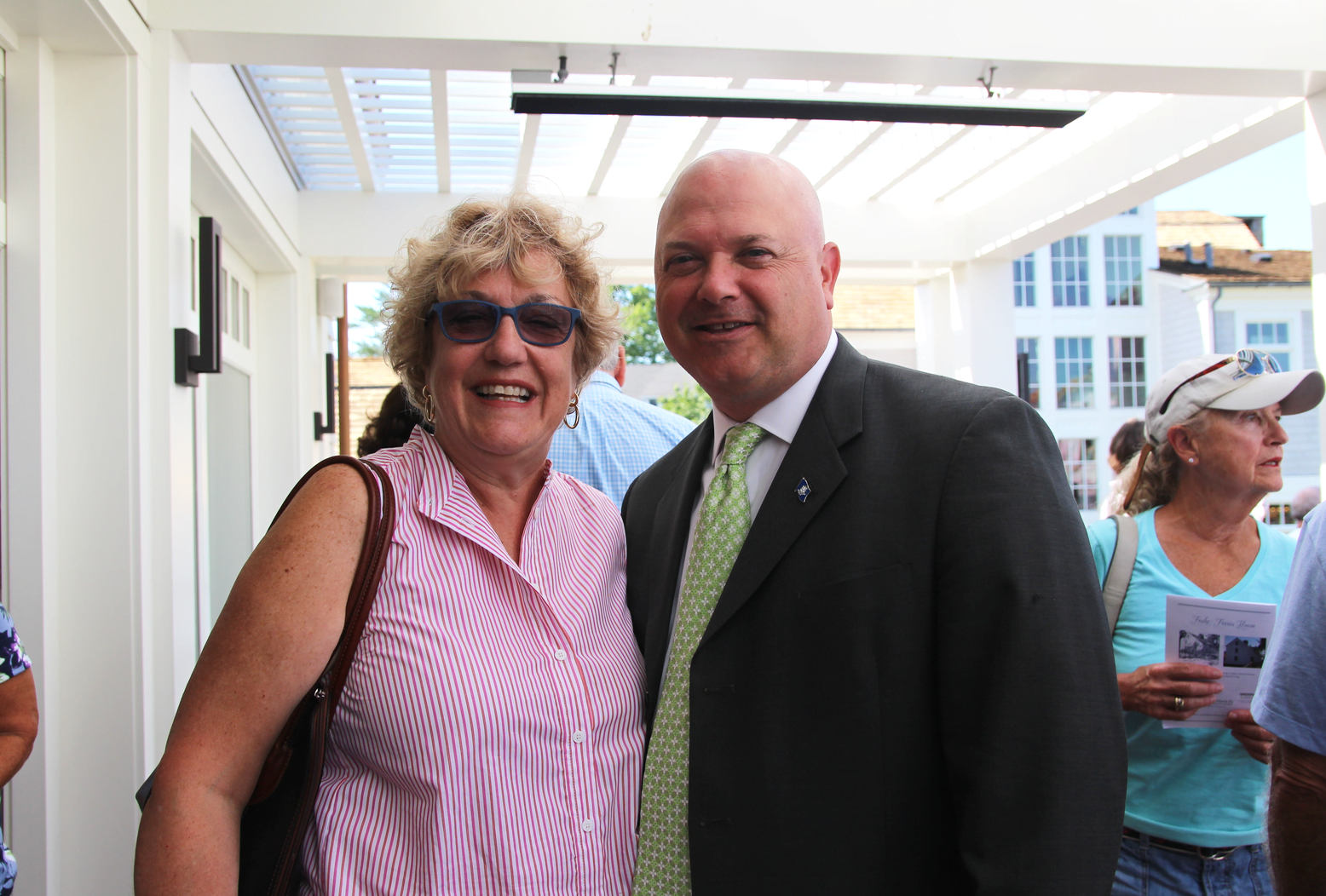 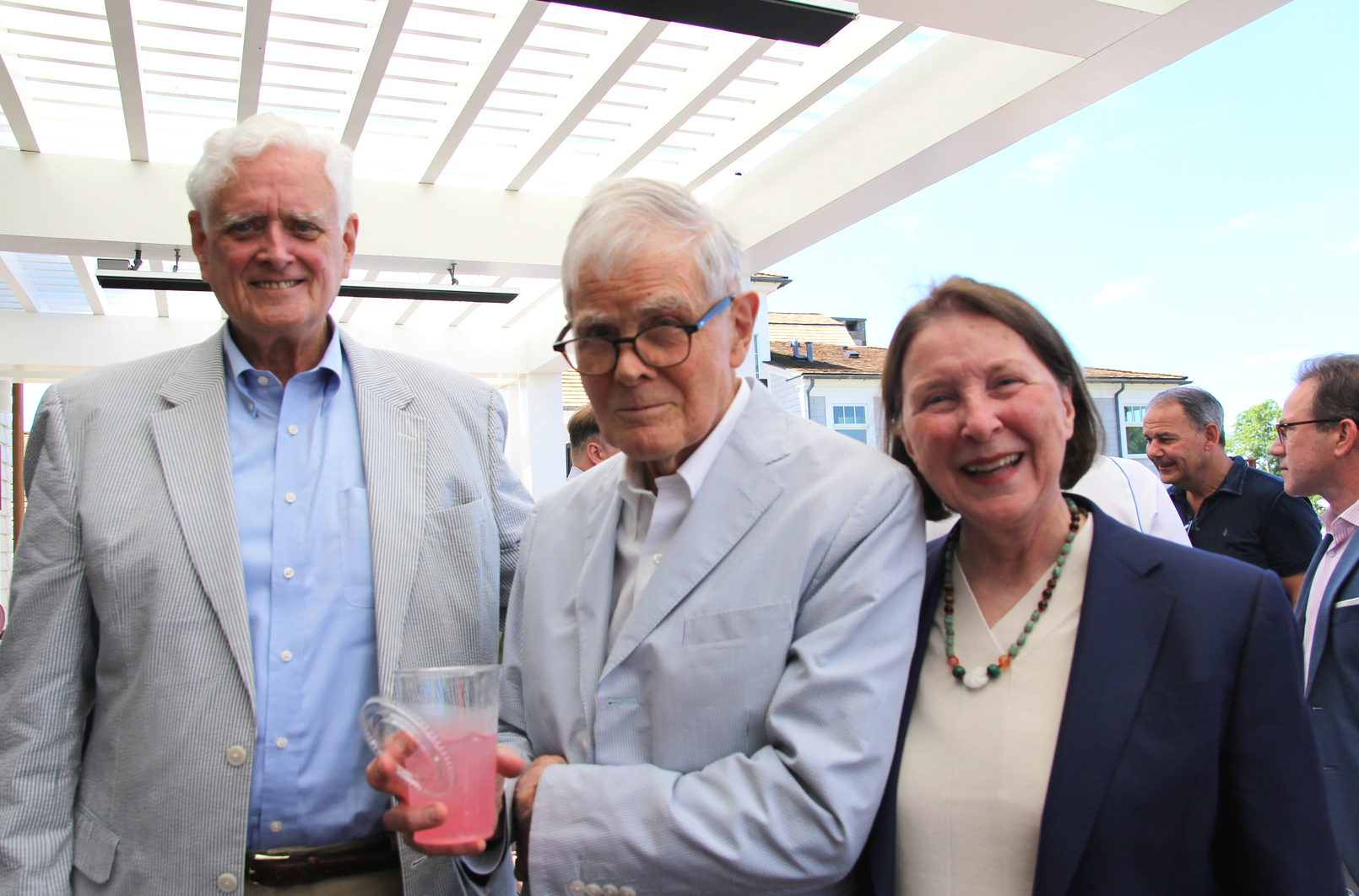 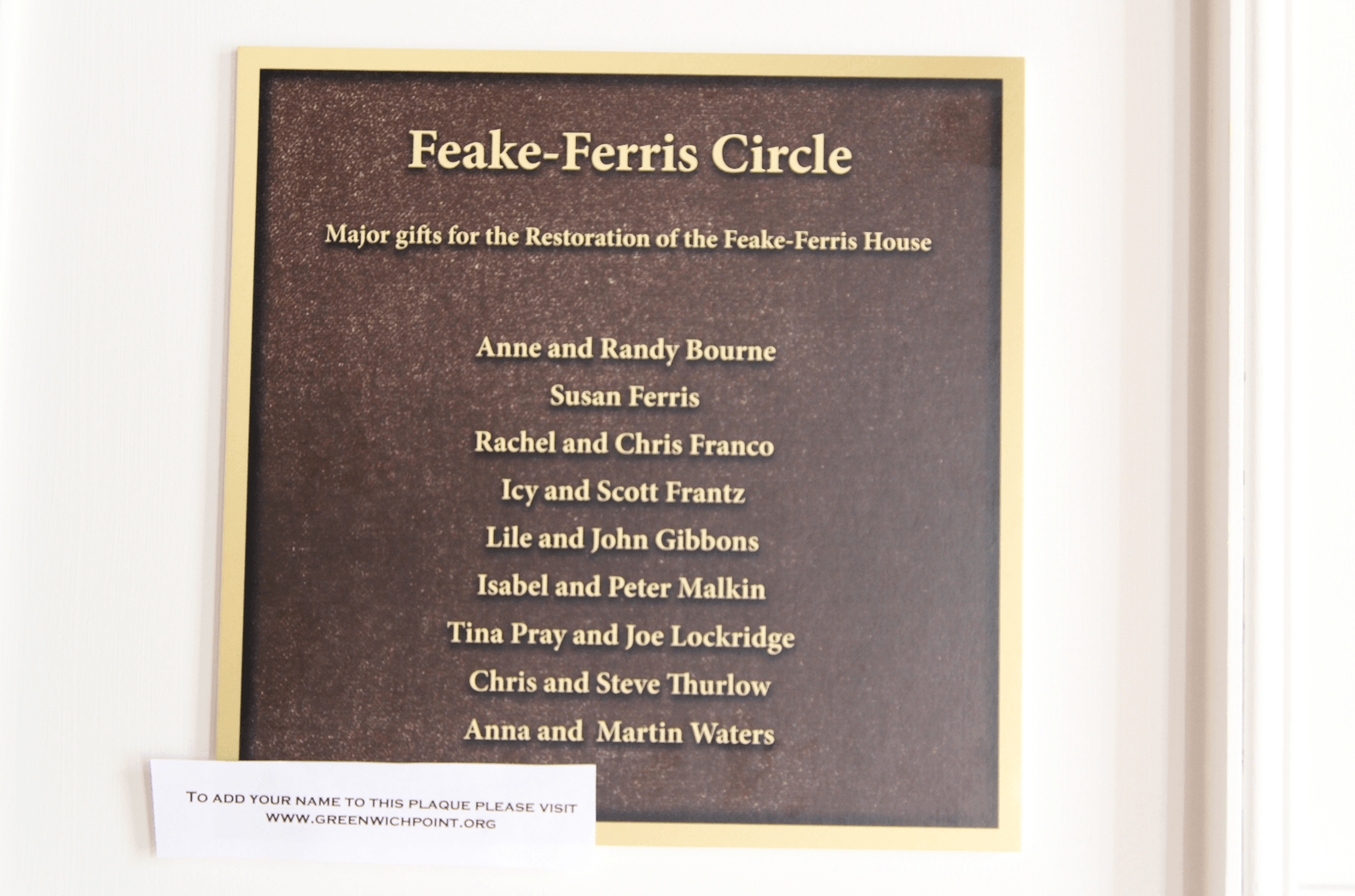 The Greenwich Point Conservancy’s multiyear restoration of Feake-Ferris was made possible by generous contributions from individuals concerned about preserving Greenwich’s heritage. 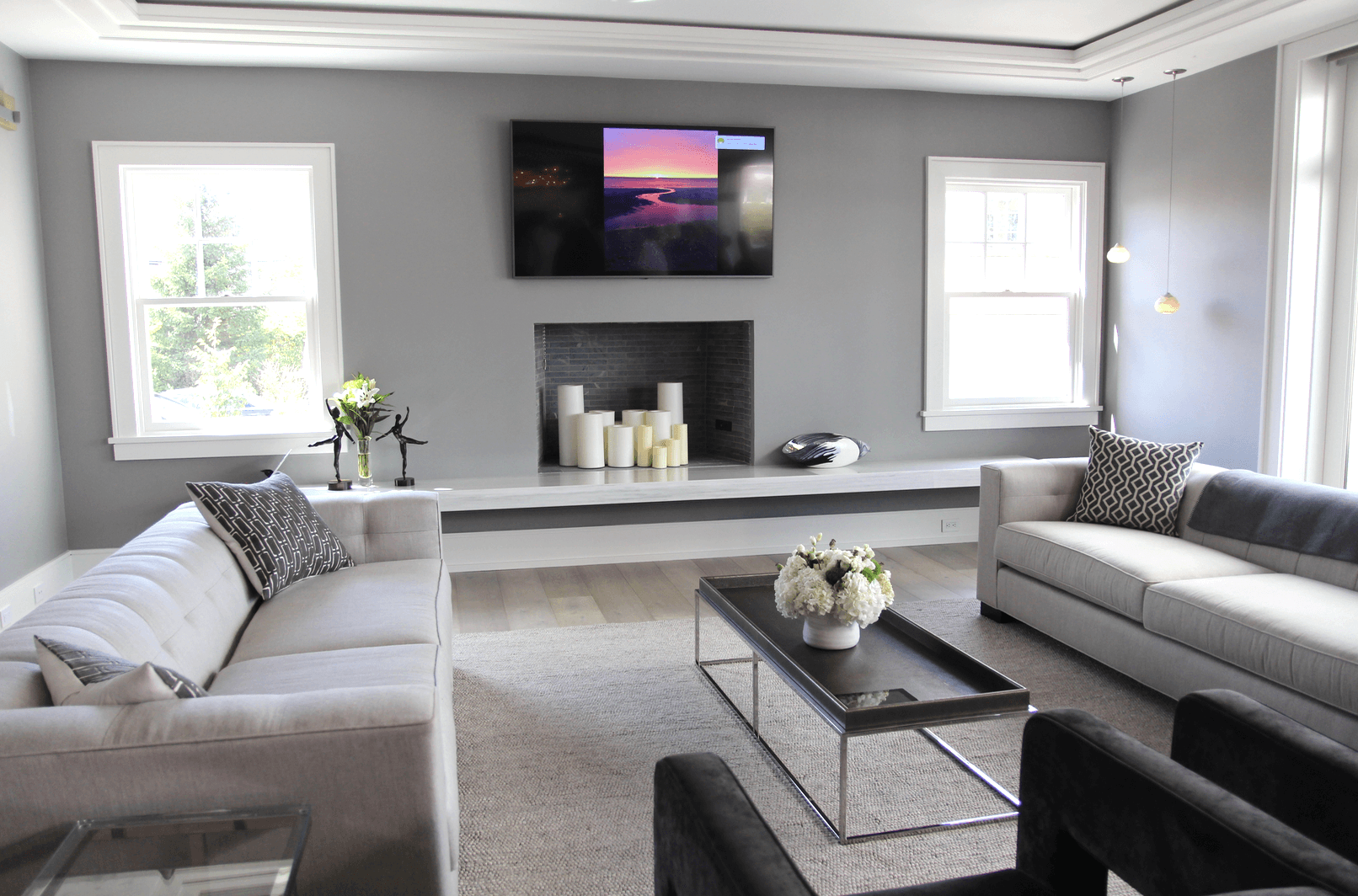 Living room of the Winters new house, which was built behind and adjoining the historic Feake-Ferris House, the oldest house in Greenwich. July 18, 2018 Photo: Leslie Yager 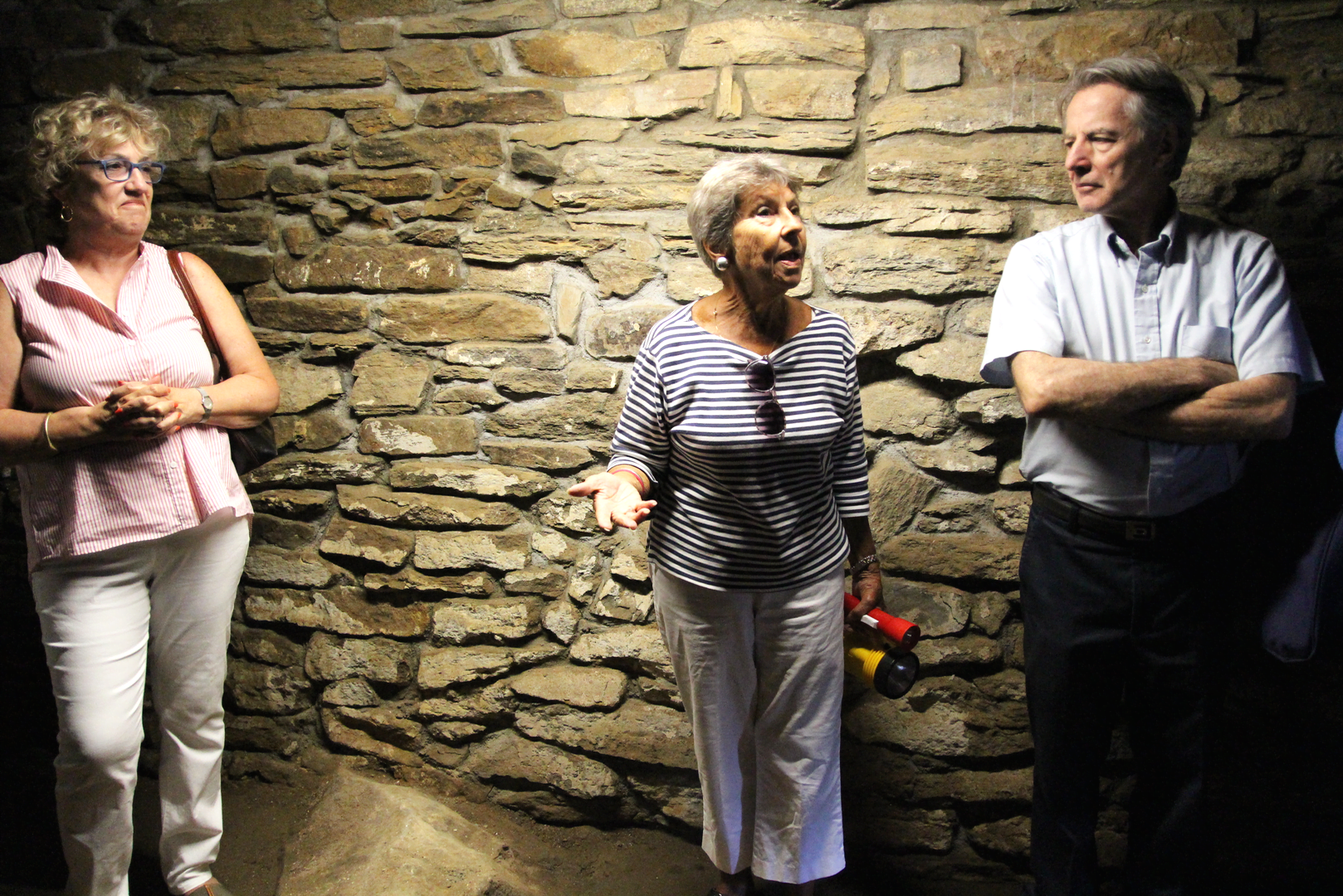 Susie Baker shared the history of the cellar at Feake-Ferris House. Baker said two steel beams were added to support the new use of the house above. She said one wooden beam dated back to 1645 which was discovered through a process known as Dendrochronology. July 18, 2018 Photo: Leslie Yager

A section of the back of Feake-Ferris House features its original preserved clapboard, from which the rest of the clapboard was reproduced and inspired by. Below is the entrance to the cellar where a musket ball and many hand wrought nails were found, as well as the home’s original front door. July 18, 2018 Photo: Leslie Yager 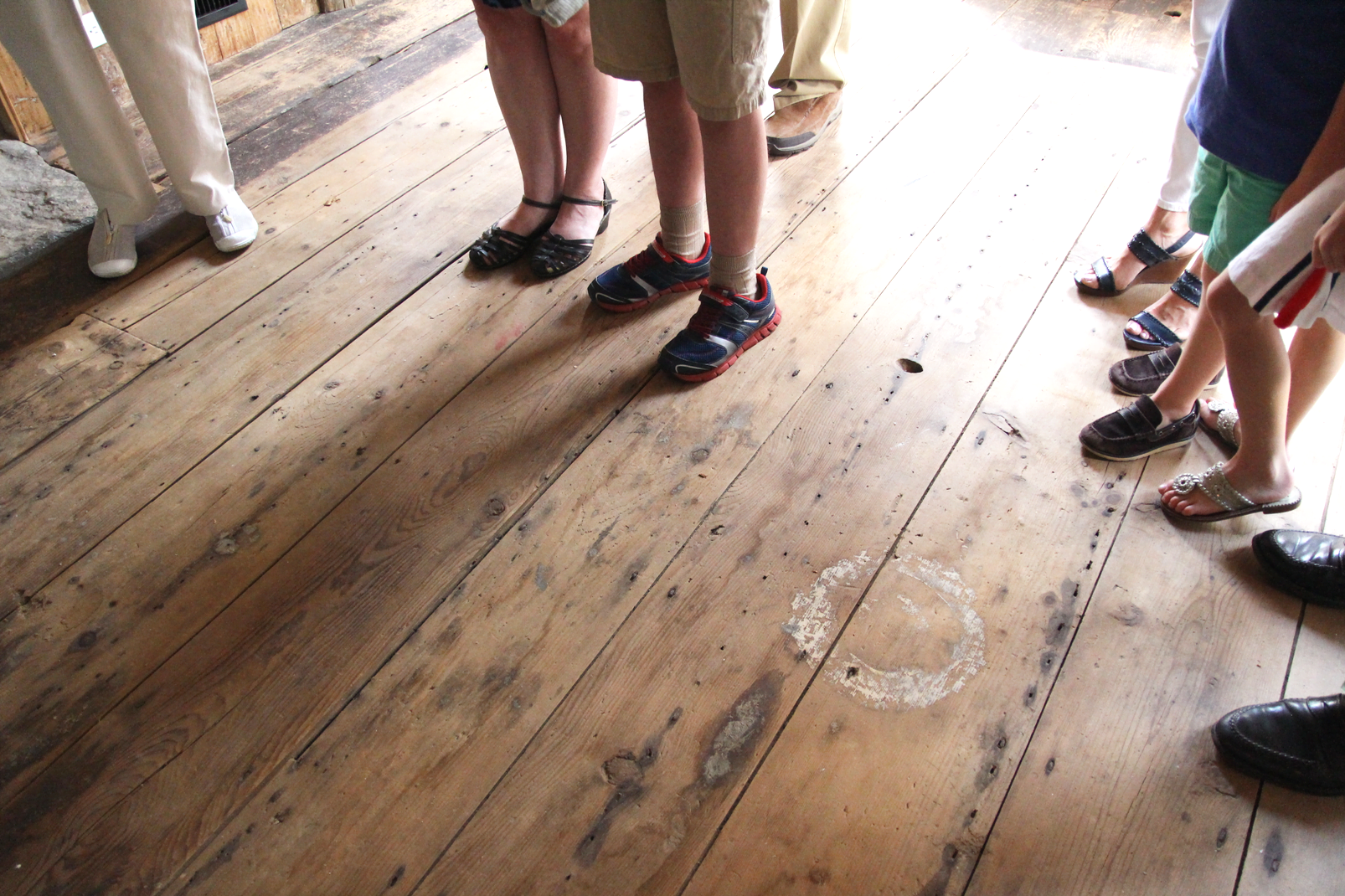 Greenwich Historical Society’s director Debra Mecky announced the winners of the This Place Matters photo contest: Binney Park Tunnel by Chris Davies, Second Congregational Church by Jay Wilson, and Shell and Calf Island by Mike Stempien. The photos will be displayed in the Historic Society’s new museum building when it opens October 6. 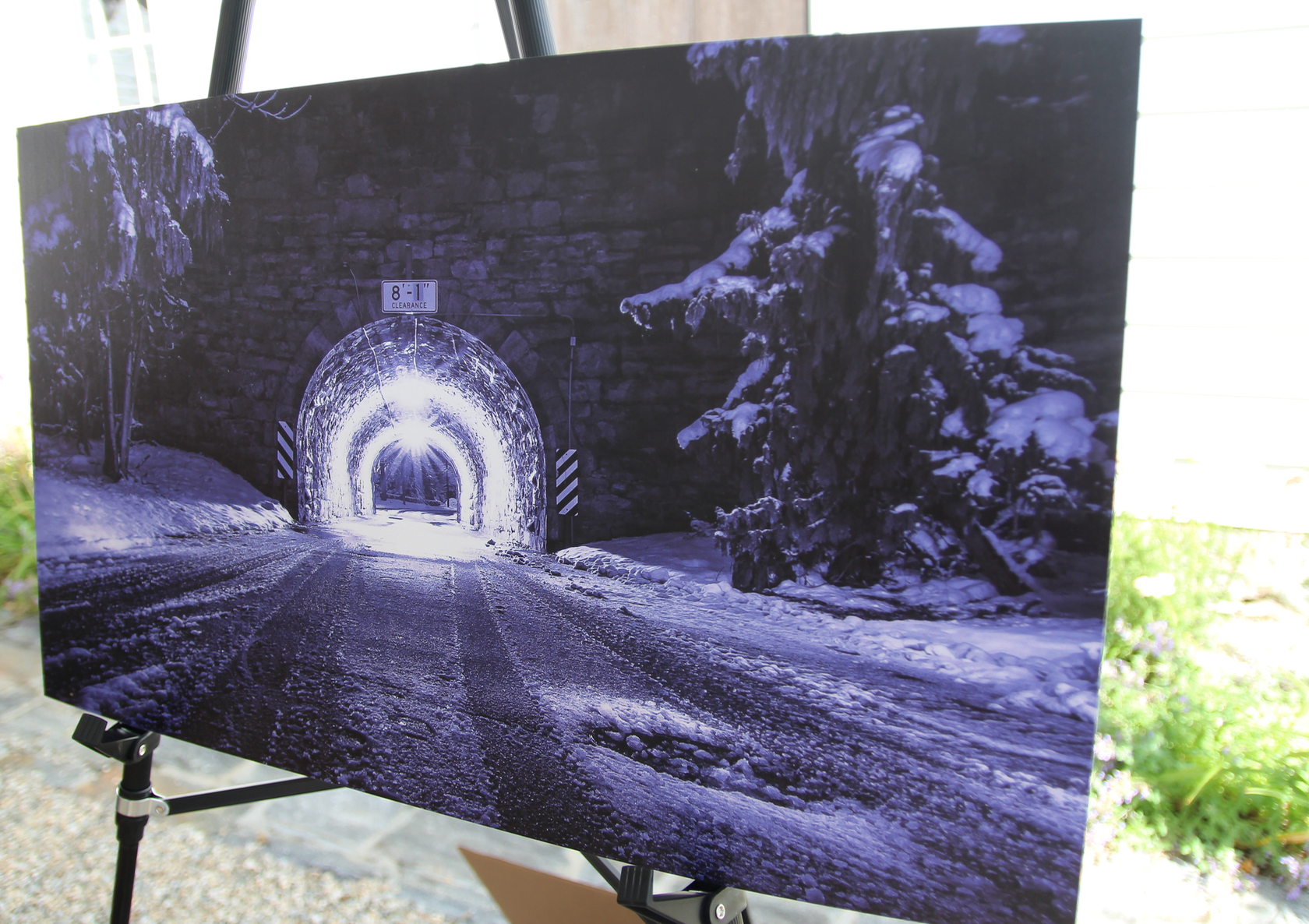 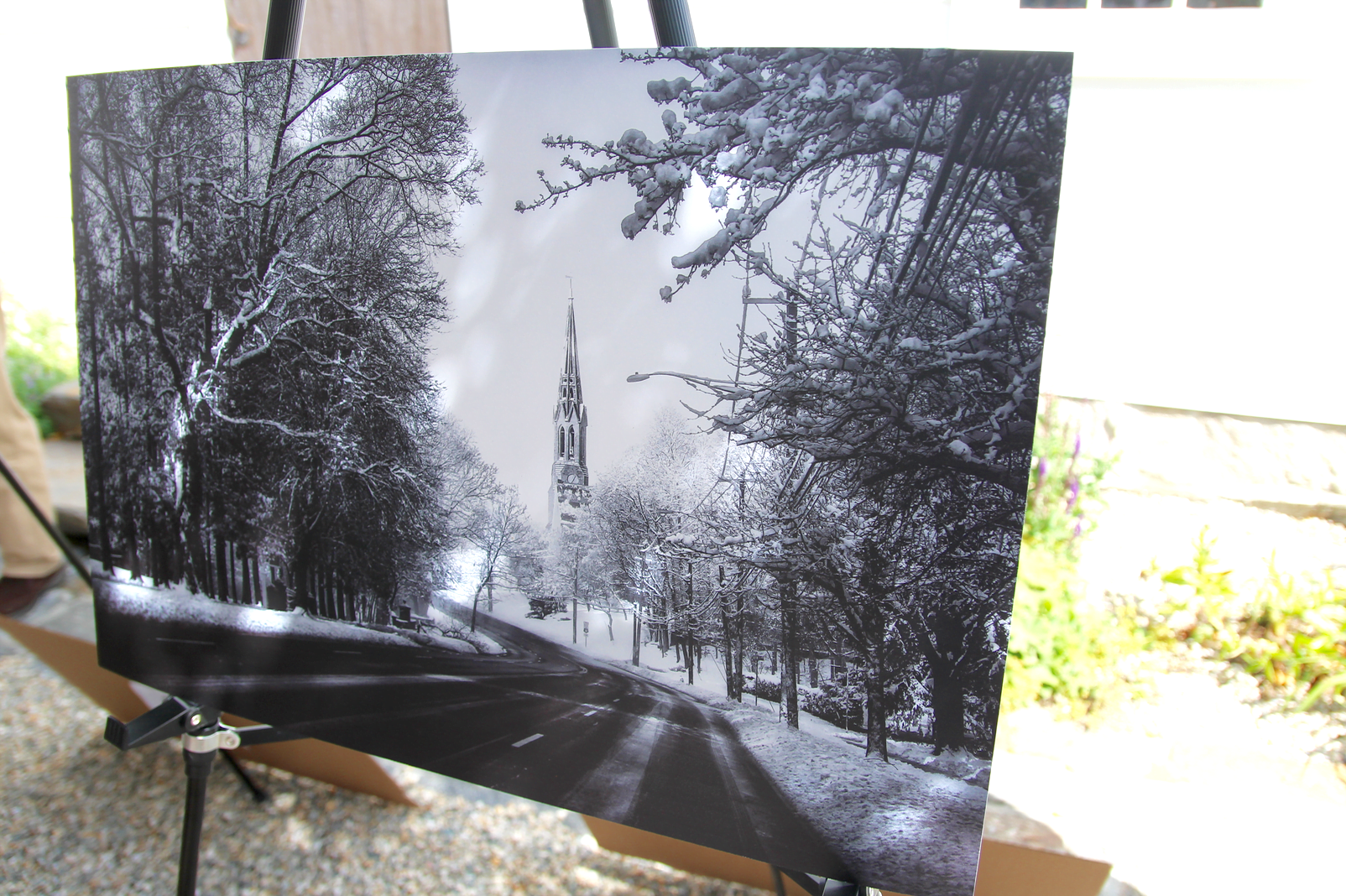 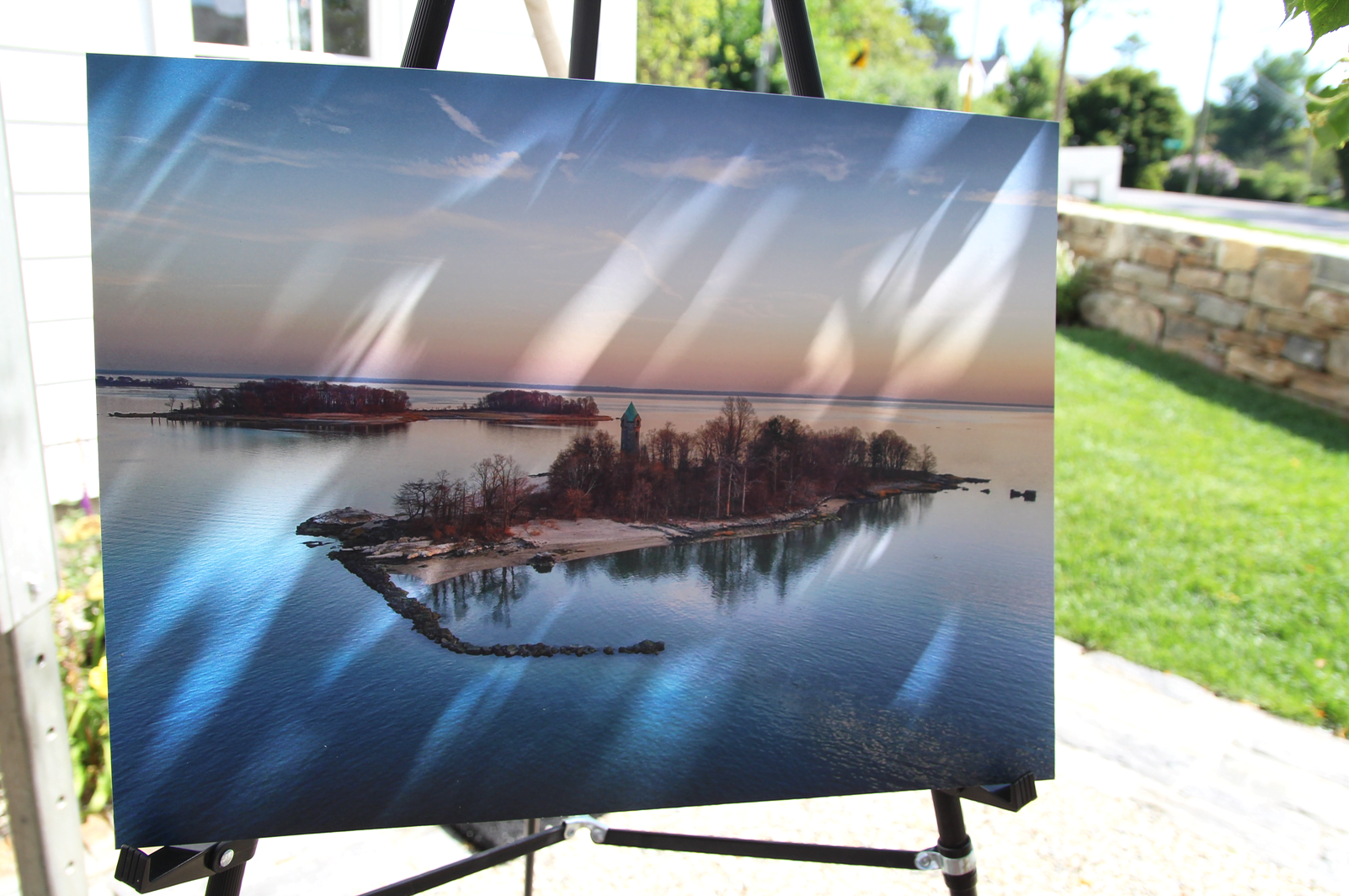 Spared from the Wrecking Ball, Elizabeth Feake House was “A Hidden Treasure under Our Noses” – an interview with Chris Franco