On Tuesday members of YNET at Greenwich High School got busy taking orders behind the counter at Joey B’s in Cos Cob a popular eatery among GHS students. In between taking orders for juicy burgers and heaping salads, Jessica Spitzer, Hannah Ross and Gabby DiPietro explained their club’s mission of spreading awareness not only of teen dating violence, but the value of modeling healthy relationships. The club was founded in 1996. 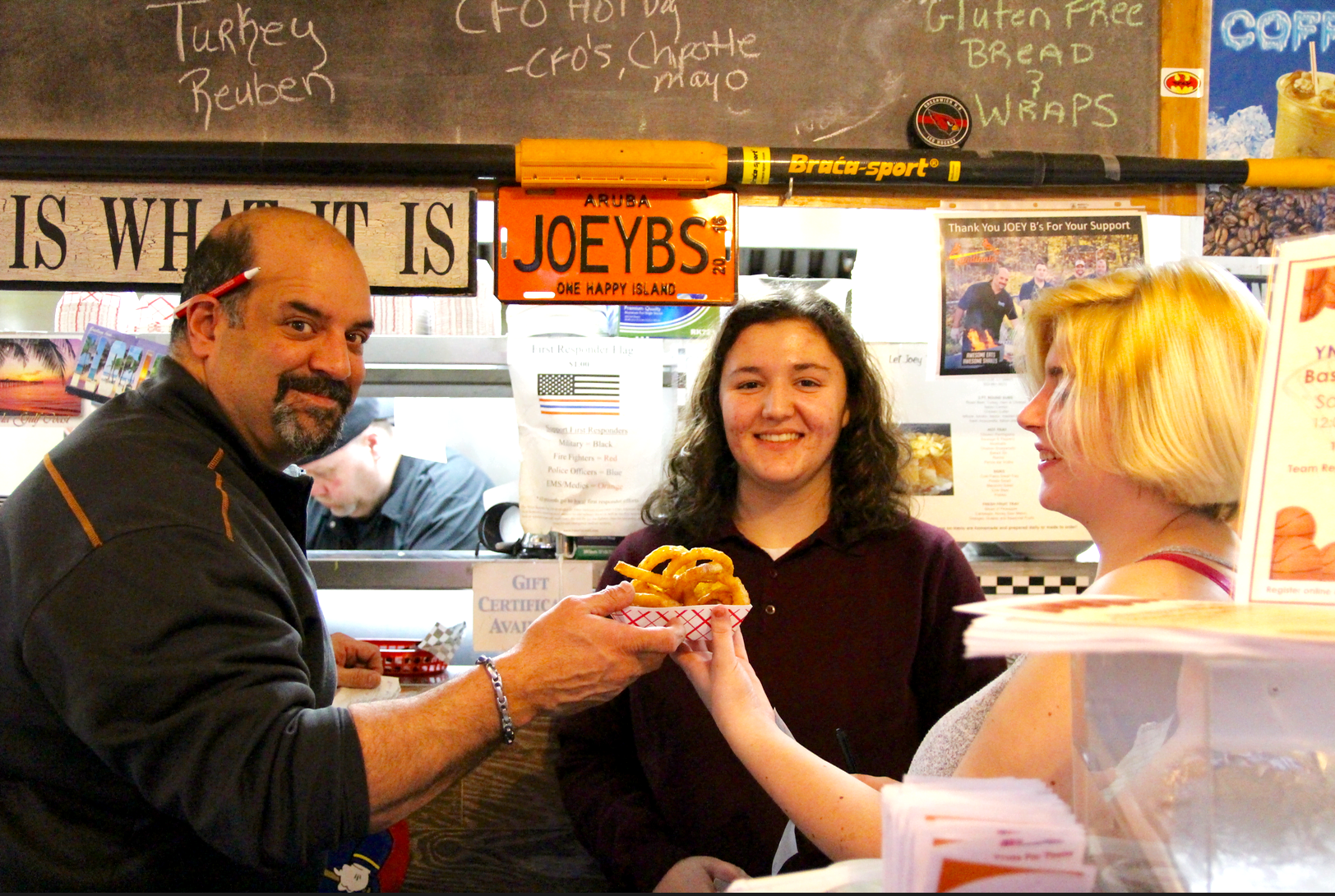 Toward that end, on Tuesday, February 27, from 6:30 – 8:30 pm, the YWCA Greenwich is hosting the Looking In Theatre, a group of teen actors who will perform a series of short dramatic scenes that explore healthy and unhealthy relationships. 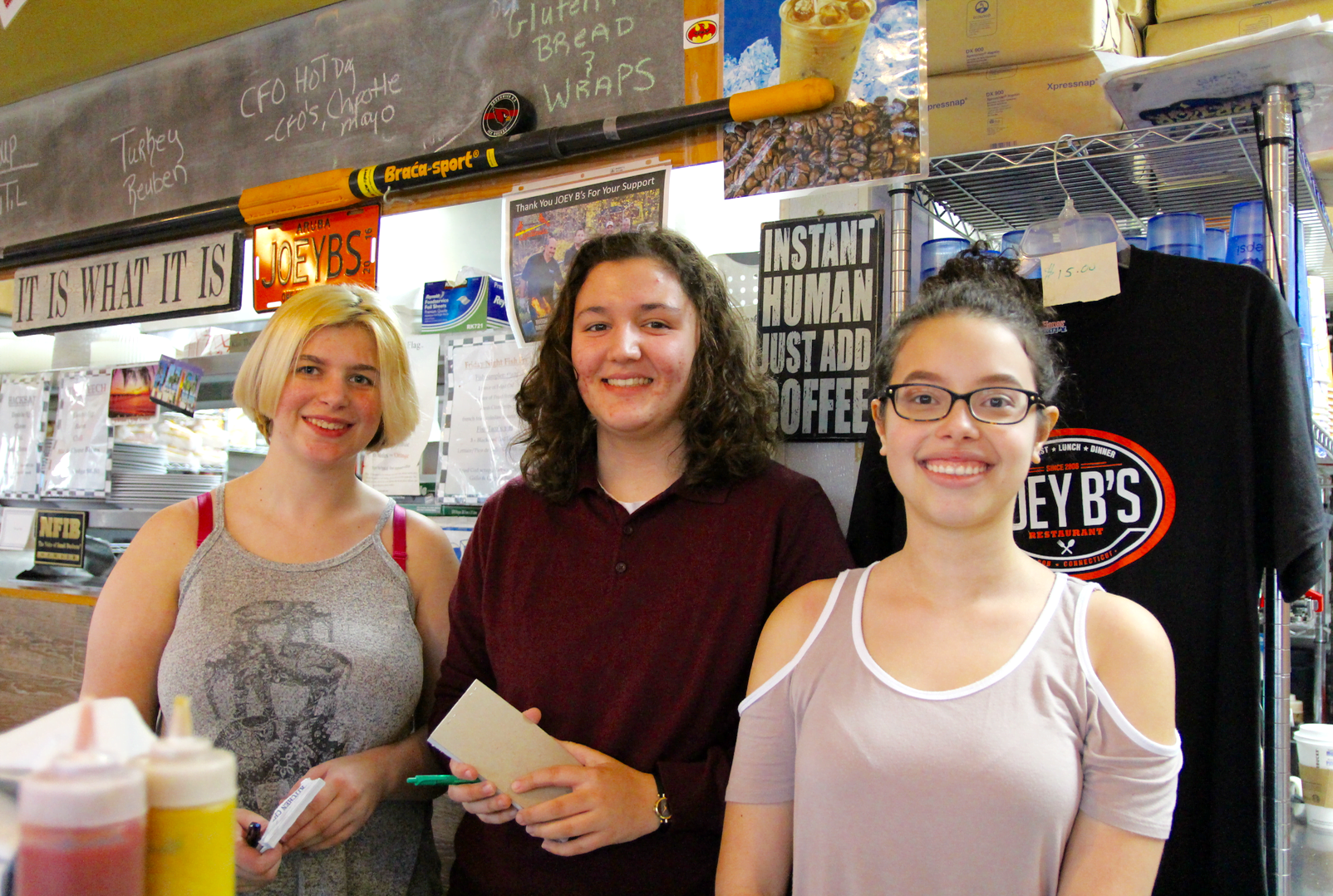 During a fundraiser for YNET, Hannah Ross, Jessica Spitzer and Gabby DiPietro worked behind the counter at Joey B’s on Tuesday, Feb 20, 2018 Photo: Leslie Yager

“I like being part of this club because unlike others at GHS we do outreach not just within the high school, but int he community,” said Gabby DiPietro, adding that the Joey B’s event gave her the chance to explain YNET’s message with people who had never heard of her club.

In addition to the upcoming Looking In Theatre event, YNET collaborates with One Love, an agency established to honor Yeardley Love, who was beaten to death by her ex-boyfriend in 2010, just three weeks before her graduation from the University of Virginia. Like YNET in Greenwich, One Love insists that “everyone deserves a healthy relationship.” Both believe that the more people know about how to identify and navigate healthy and unhealthy relationship behaviors, the less likely they will end up in abusive relationships.

“This club is trying to teach boys and girls to be respectful to each other as well as how to get out of an abusive relationship,” said Greenwich Police Chief Heavy who had his dinner at Joey B’s and chatted with club members in a show of support for the club’s mission.

The number one most investigated violent crime in the Town of Greenwich is domestic violence.

The generosity of Domenic Delfino, who has supported the club by hosting the dinner time fundraiser multiple times over the past few years, did not go unnoticed.

“We are so grateful to Dom for the support of YNET,” said Ms. Gold.

YNET has other events in the making including a reprise of the 2017 March Madness basketball event, which was a big hit last year, and a kickball tourney in June. 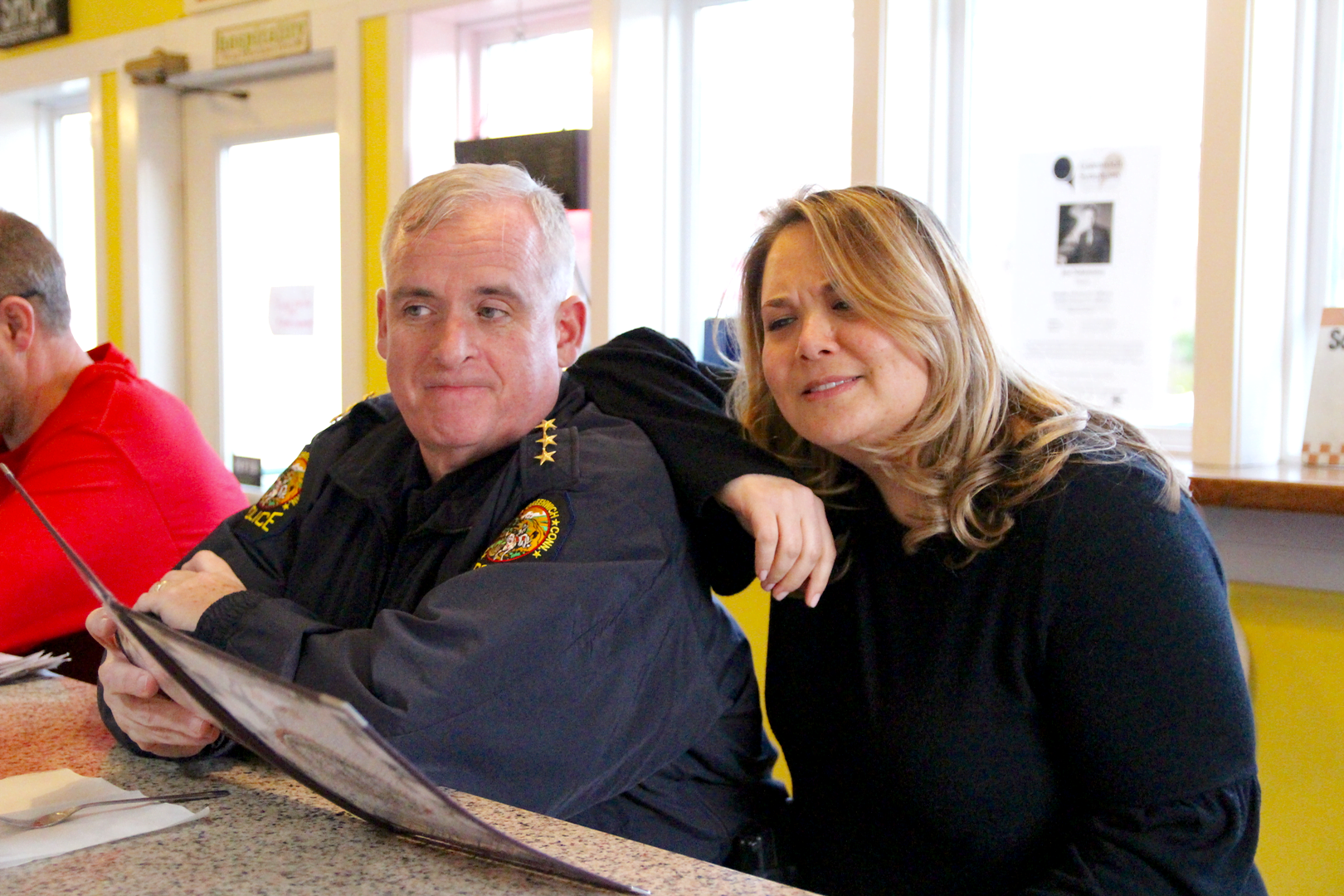 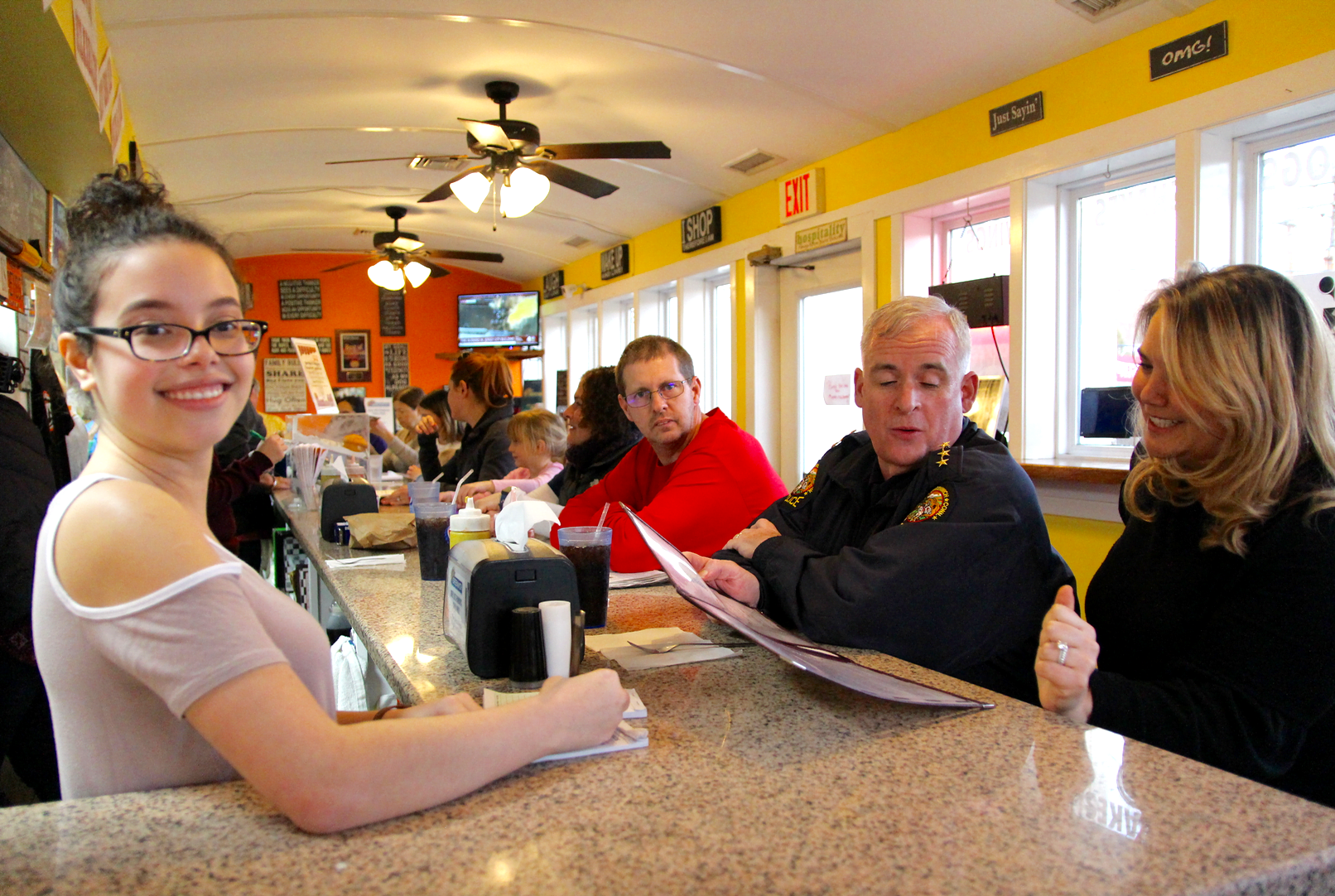 Gabby DiPietro ready to take the dinner order from Meredith Gold and Chief Heavey at Joey B’s in Cos Cob during a fundraiser for YNET. Feb 20, 2018 Photo: Leslie Yager