YWCA Greenwich transformed its meeting room in to a cabaret-style theatre on Tuesday for a performance by the Looking In Theatre, a program of the Greater Hartford Academy of Arts and the Capitol Region Educational Council.

And, according to the Center for Disease Control, early exposure to abusive or violent relationships increases the likelihood of those types of relationships being repeated later in life.

“Preventing abuse before it starts, by teaching children about the difference between healthy and unhealthy relationships, will go a long way in reducing these statistics,” said Mary Lee Kiernan, President & CEO, YWCA Greenwich.

February is Teen Dating Violence Awareness and Prevention Month. To engage youth and their parents about this topic, YWCA Greenwich and more than thirty local non profits and houses of worship partnered in this effort to support teens in our community.

The Looking In Theatre group, which is made up of teen actors, performed a series of short dramatic scenes that explored healthy and unhealthy relationships. Topics included acting out what a healthy relationship looks like – open and honest communication; respect for individuality; equal say in a relationship; and respect for each other’s boundaries.

They also acted out what an unhealthy relationship looks like – a boy or girl trying to exert control over another; inappropriate use of technology, like constantly texting to monitor a partner’s whereabouts or demanding to share passwords; putting their boyfriend or girlfriend down and making them feel inadequate; or isolating someone from their friends.

In the 40 years since the theatre group began, the Company has performed for more than a half a million students.

“We’re never exactly sure which emotions might be triggered at an event,” said Jonathan Gillman, Director of the Looking In Theatre program and former head of the Greater Hartford Academy of the Arts theater department, “but students often realize that they’re in the same situations as the ones being acted out.”

More than 100 students, parents, teachers and services providers attended the event. The goal was to present realistic situations that young people may find themselves in.

If you, or someone you know, is in an abusive relationship, you can get help through YWCA Greenwich, Domestic Abuse Services. Call the 24 hour hotline at 203-622- 0003. All calls are confidential and services are free to anyone who reaches out to the YWCA Greenwich. 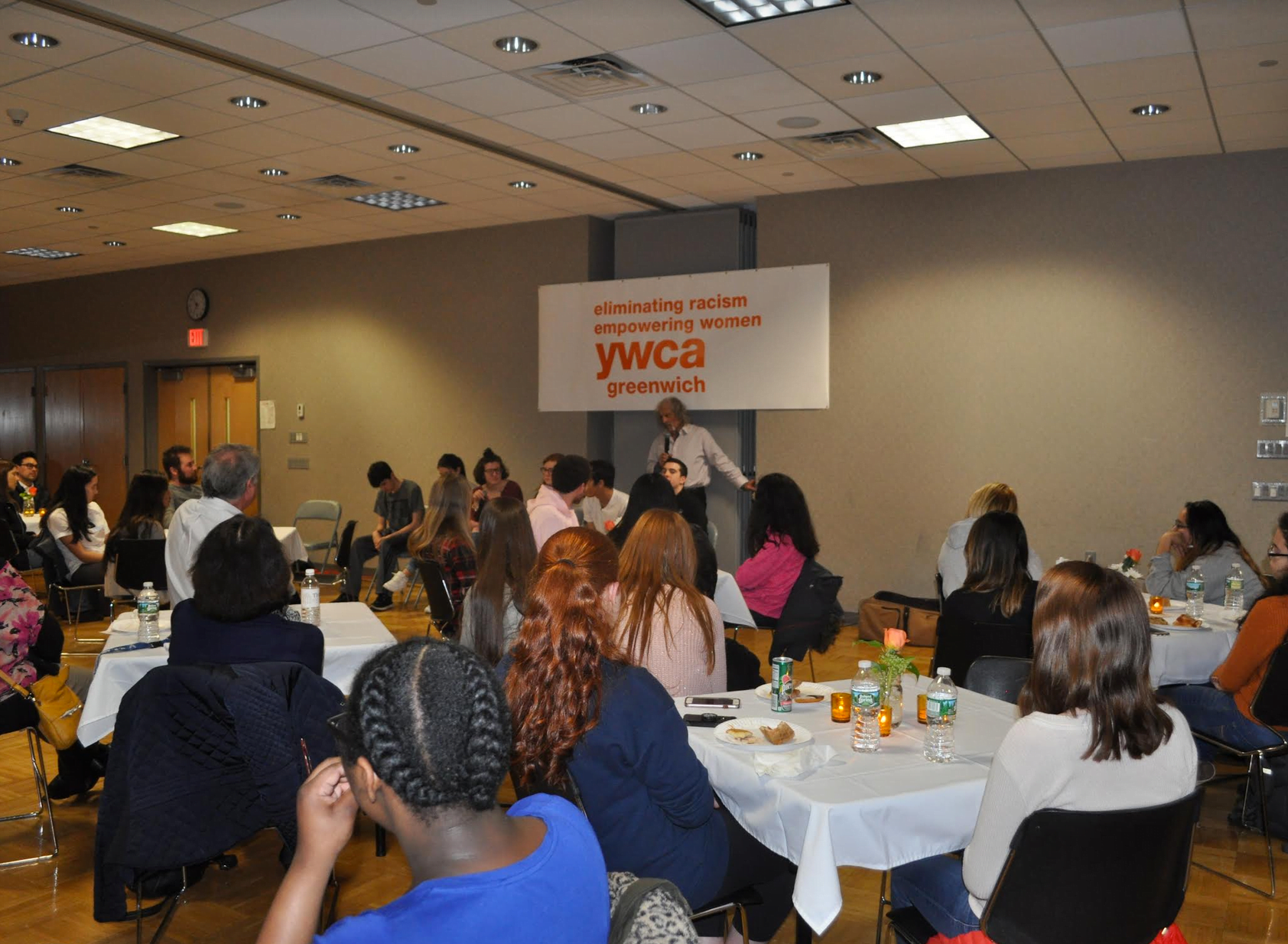