YNET, a student organization within the school that advocates for education on teenage domestic violence, worked this February to spread the word about unhealthy relationships. Across the high school, they worked with the student activities center to put up several informational posters about the serious issue. When interviewed on the Friday before winter break, the four young women had a lot to say about their club. 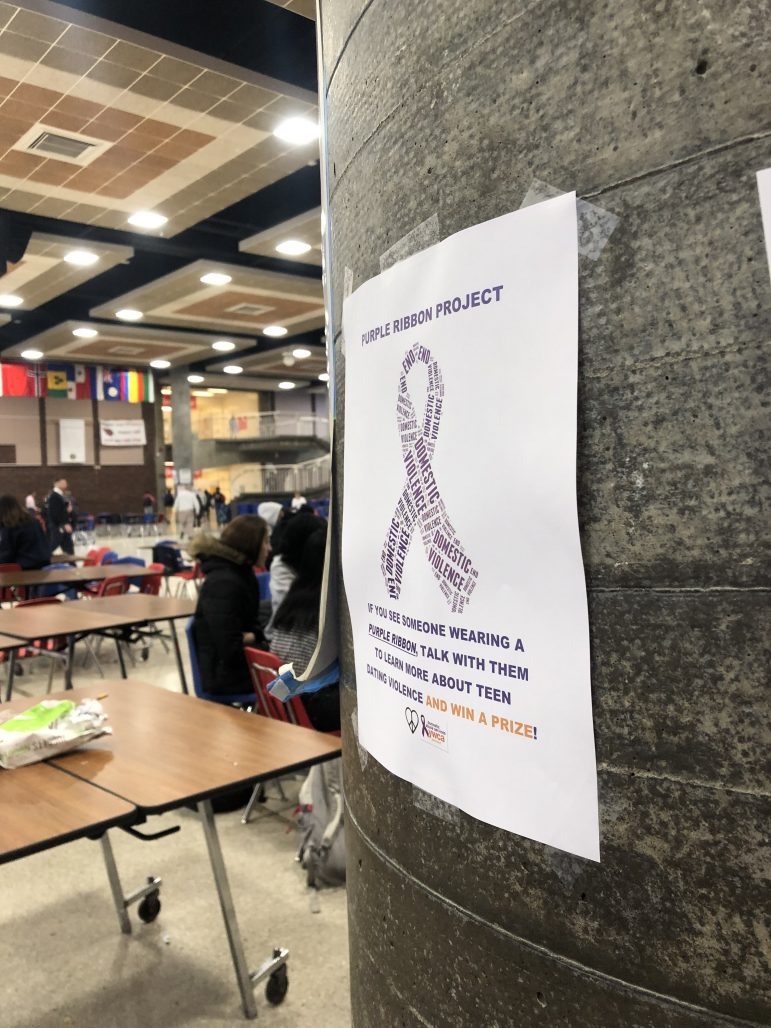 Danielle Martinez, a senior at Greenwich High School, cited the enthusiasm that the club members showed when she was introduced to YNET in the eighth grade.

“When they first came to our middle schools, I realized how passionate all the club members were,” she said.

Another member, Daniella Velochi, said that her experience with the issue is part of the reason why she has joined.

“I also heard about it in eighth grade, and I’ve had my own experiences in the home with it. Because of that, it’s made me very passionate about the issue.”

During the interview, the connections between the club members were obvious. As we settled down in the small nurse’s office of the high school, the four ladies chattered among themselves about a self-love yoga session they participated in the previous day.

In addition to their yoga session and educational posters around Greenwich High School, the club is doing much more this month to spread their message: Love shouldn’t hurt.

On February 1, the YNET club participated in a conference about domestic violence in Greenwich Town Hall to a large audience. 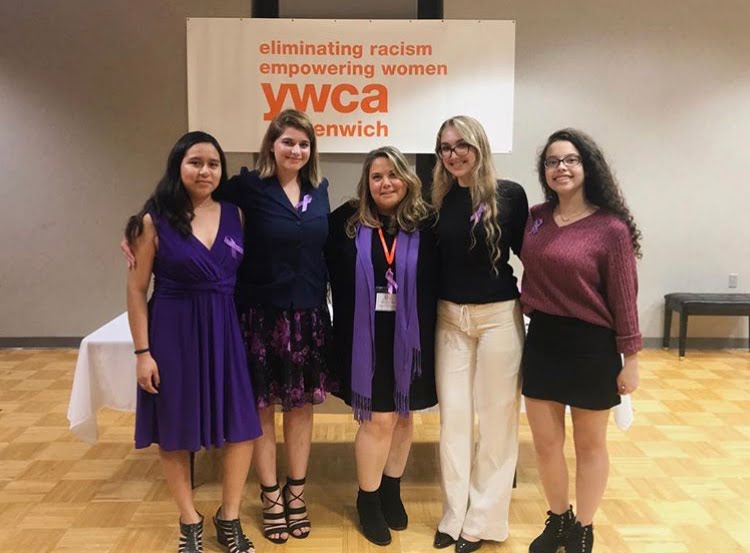 Previously this school year, the students also worked with the high school football team to mark their helmets with purple cardinals.

Purple, the color of YNET, proves to represent a great deal to people on the YNET team.

Hannah Ross, a senior and member of the club, reminisced about one of the first meetings when she was asked what the color personally represented to her.

“We talked about this in one of our first meetings, and it personally means that it’s a place to support victims. It’s not a place to put anybody down.”

Another member, Gabriella DiPietro, said, “It means safe place. It means we are getting support.” 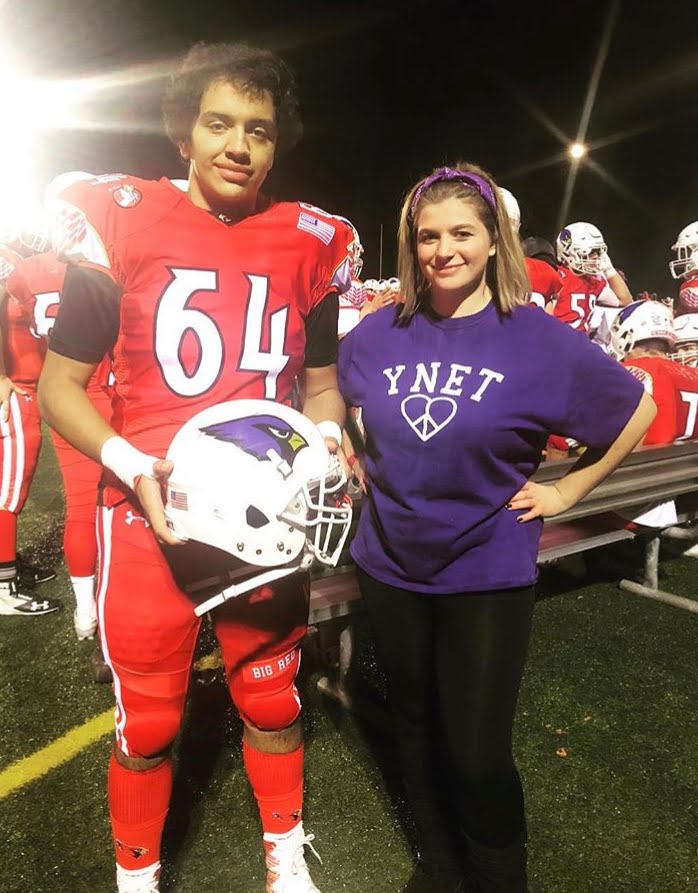 With so many unique ways to access the help that the YNET provides to those who are in an abusive situation, the club also points out that it takes a community.

While it may appear that the club is aimed toward those suffering from abusive situations, the club also makes a mark on those who aren’t directly facing these issues.

Unfortunately, the epidemic of abusive relationships impacts the entire community. Domestic violence is the number one most investigated violent crime in Greenwich.

Martinez said, “Go find out more information about this serious topic. It doesn’t necessarily mean you should join a club. We have a hotline that will give you plenty of facts, and it’s completely anonymous.”

DiPietro said, “Seeking help isn’t just for those struggling with an abusive situation. It’s about those witnessing, as well.”

During Valentine’s Day, YNET wants the Greenwich community to remember what a healthy, safe, and happy day of love should look like.

While the club talks a lot about unhealthy relationships, they also stress the benefits of talking about healthy ones, and what they should look like.

Ross said, “Do what both makes you happy… together. It should be comfortable.”

“It’s a day to have a happy day, to have love however your relationship does it,” Martinez said.

While there is no perfect Valentine’s Day, YNET advocates for a balanced and healthy day, no matter what form your relationship takes.

YNET members also want people to remember what to say if someone in an abusive situation seeks help.

Velochi has a go-to phrase for people in these situations.

“My go-to is, ‘You’re valuable. You’re worth it. People are there to support you if you feel as if you’re in a dark space.'”

Ross said, “You can’t just say everything will be okay, but we can say that people do care and we want to support those in such situations. It’s not something to be ashamed of.”