Part Five in a Series on Risky Teen Behavior

“People think it’s a rite of passage that all kids are going to drink and experiment. That may be so, but the risk isn’t taken out of it,” said Denise Qualey, the Managing Director of Crisis and Clinical Services at Kids in Crisis.

Qualey believes regularly having conversations with children at home and at school about the dangers and pitfalls of risky behavior is paramount. “We do a lot of talking on our 24-hour hotline, with families we meet with, and in the schools we have TeenTalk in,” she said.

Kids in Crisis not only supplies professional counselors to the Greenwich Juvenile Review Board, but also spearheads TeenTalk, a mental health program providing crisis counselors to Greenwich’s Western and Central Middle Schools.

“TeenTalk is in a lot of high schools, but we really feel like reaching kids and families earlier is better. A lot of issues that kids have sometimes don’t just hatch in ninth grade of high school… so it’s a way to offer support earlier, to get kids accustomed to reaching out when they’re feeling they need help, or to help if families need guidance or support,” said Qualey. 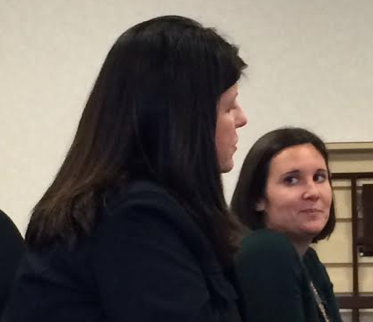 At Western Middle School and Central Middle School, TeenTalk hosts on-campus social workers available to speak with kids and families, as “school clinical teams are often busy with kids who have special education needs. This is just an additional resource,” said Qualey.

In the 2014-2015 season, TeenTalk reached over 500 students through individual counseling or group presentations. Fully funded by the Town of Greenwich, TeenTalk will launch at Eastern Middle School this August.

“You have to try a lot of different ways to reach kids and families. I think it’s important you do it from all different avenues—from school, from family, from programs in the community. You’re getting support from all aspects of life. We feel at Kids in Crisis that we’re a part of the community, and we want to be part of the process,” said Qualey, who oversees every service and program Kids in Crisis provides.