At the Monday Greenwich Police press briefing, Lt Mark Zuccerella said more raccoons have been found sick or dead at Greenwich Point over the weekend.

The Health Dept on Friday announced that dogs were banned from Greenwich Point indefinitely, due to raccoons testing positive for Distemper.

Typically in winter months dogs are permitted on leashes at the Old Greenwich park. The season ordinarily runs December through March.

The same day, the Marine Division pulled a dead raccoon out of Binney Pond. Lt Zuccerella said the condition of the animal precluded testing.

Also on the Sunday, Feb 22, a resident of Capalbo Place (off Cos Cob Ave) reported finding a deceased raccoon behind his garage. “The resident wanted Animal Control to take it due to the incidents of raccoons with Distemper,” Zuccerella said.

Further, over the weekend a resident in the area of John St and Riversville Road, reported report a sick raccoon. “It was gone when police arrived,” Zuccerella said.

Last week there were two reports of sick raccoons at Greenwich Point. The previous week there were several other reports involving raccoons, including one that fell through someone’s skylight.

On Feb 17 two raccoons were reported on Tod’s Driftway – one was sick and was euthanized. One was found dead dead.

Police continue to urge dog owners to keep their pets on leashes while walking at Greenwich Point and to keep them away from wildlife.  “Observe wildlife from a safe distance,” said Lt John Slusarz.

Greenwich Respond to Reports of Sick Raccoons in Area of Greenwich Point Feb 20, 2020 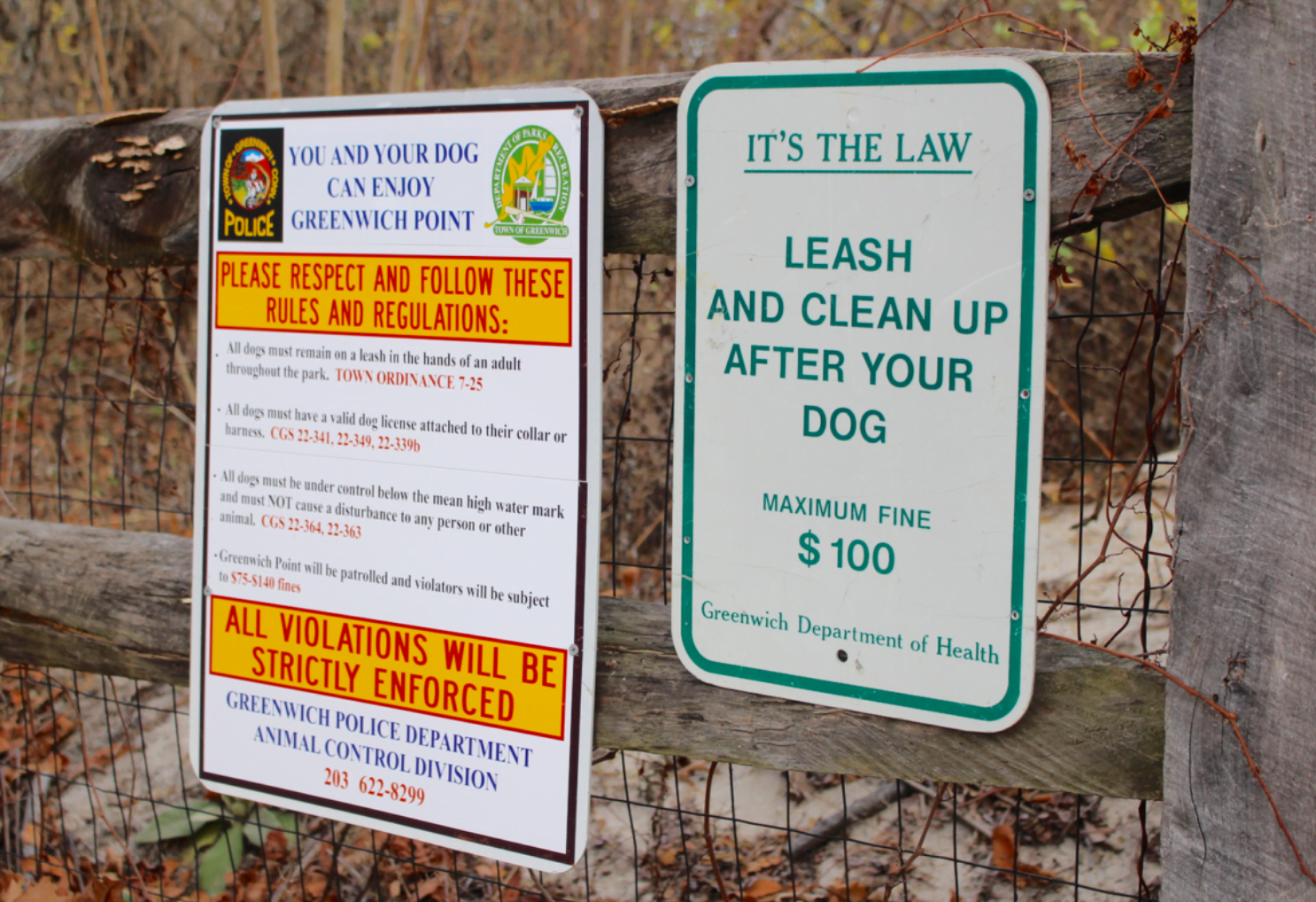 “All dogs must remain on a leash in the hands of an adult throughout the park, (Town ordinance 7-25); All dogs must have a valid dog license attached to their collar or harness (CT General Statutes 22-341, 22-349, 22-339b); and All dogs must be under control below the mean high water mark and must NOT cause a disturbance to any person or other animal. (CT General Statute 22-364, 22-363). Lastly, Greenwich Point will be patrolled and violators will be subject to $75-$140 fines.