Greenwich Police report that residents report vandals had struck Cos Cob over the weekend.

“We had the same kind of graffiti in Cos Cob back in January,” Zuccerella said. “It’s people with a juvenile mind.”

By noon on Monday the graffiti had been cleaned up by workers from Hinding Tennis Courts, based in West Haven.

Vincent Rapuano from Hinding, said a number of parents had already approached him to express their gratitude that the graffiti was removed so quickly.

He surmised the vandals had used permanent paint, which required his team sand the court surface down to give it some grit before repainting. He said once the paint cures his team will return to repaint the white lines. Last year the company resurfaced several courts in Greenwich during a two month window, including courts at GHS, Bruce Park, Eastern Middle School and Eastern Greenwich Civic Center. They also respond to calls from Parks & Rec in situations such as the one involving graffiti in Bible Street Park.

Police are investigating and said they will be following up with more information. 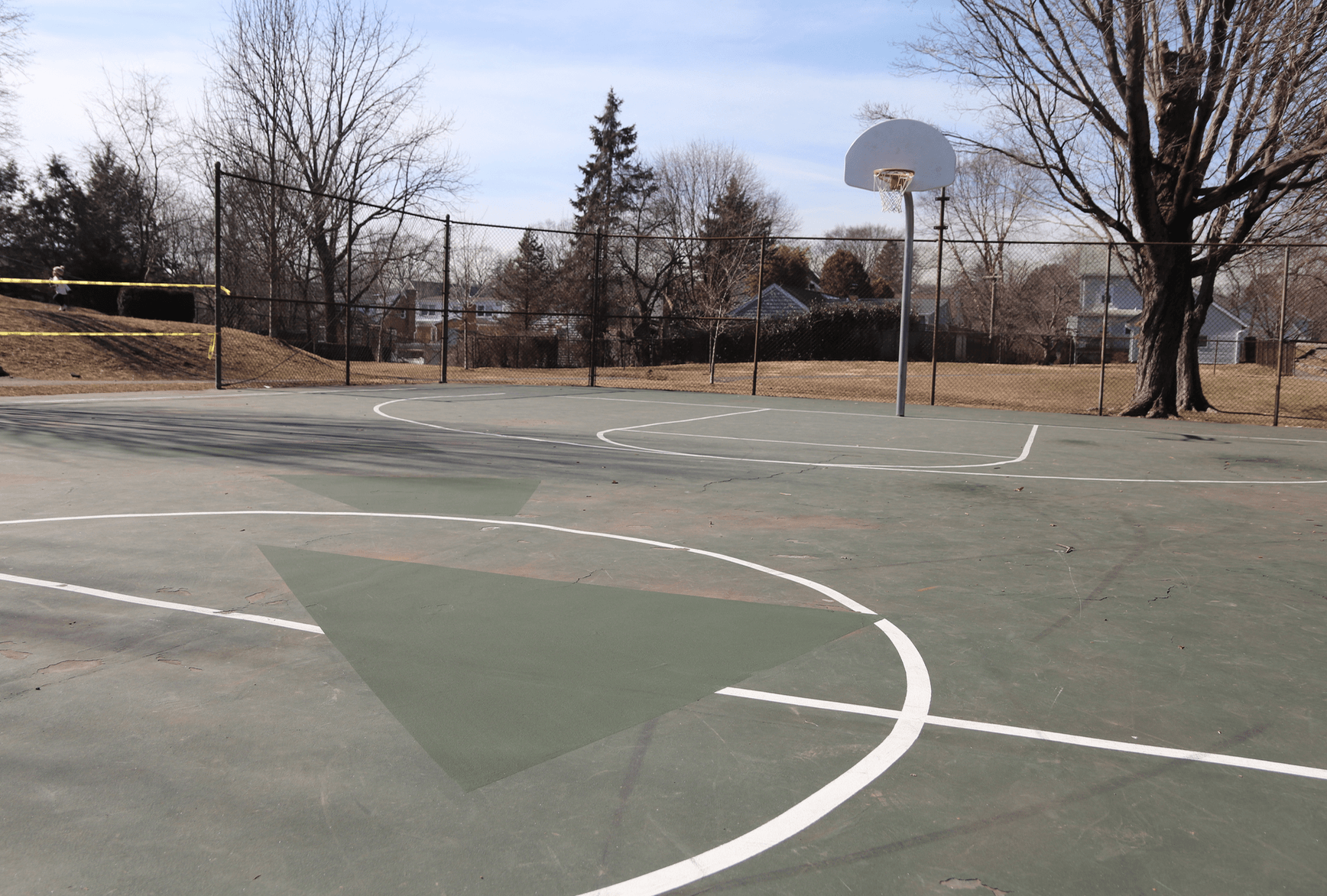 The graffiti at Bible Street Park was painted over by Hinding Tennis Courts, who are contracted with Greenwich Parks & Rec. Photo: Leslie Yager 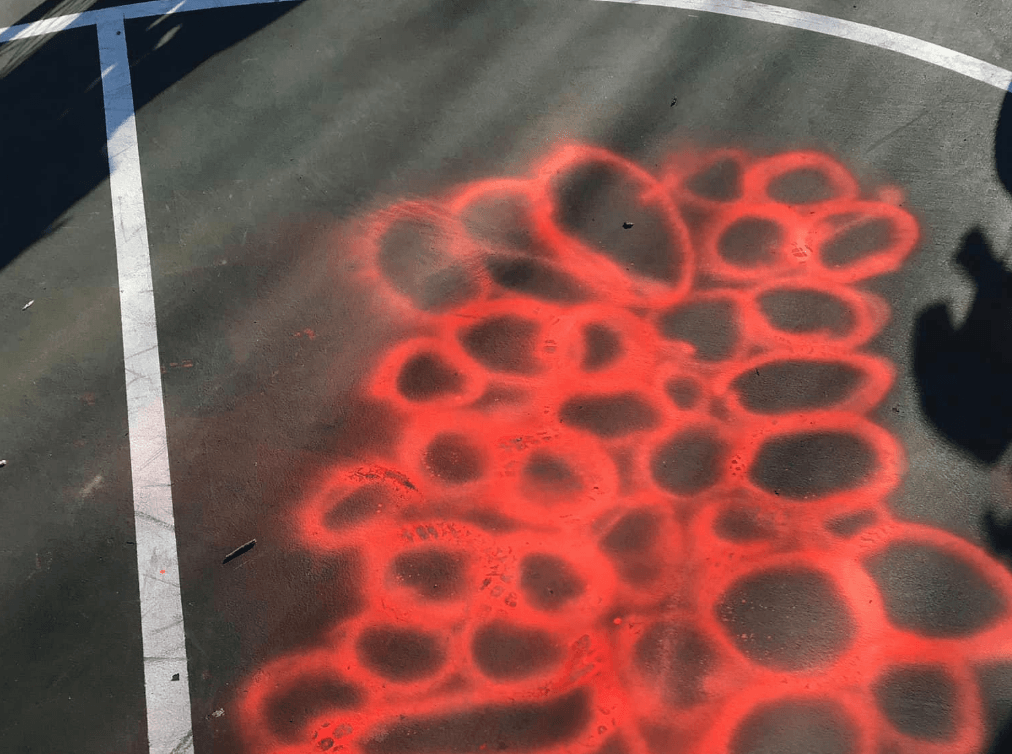 Graffiti on the basketball court in Bible Street Park was shared on Facebook over the weekend.