On Thursday a dozen AVID students from Central Middle School were celebrated by their teachers and Greenwich Police at Bruce Place in a program called B’s for Bikes.

CMS PE teachers Nancy James and Nancy Tarantino spearheaded the program, but all the AVID teachers came for the presentation. In fact, the teachers and CMS principal Tom Healy, who hadn’t seen each other in person in many weeks, enjoyed a bit of a reunion.

The Bicycles for B’s program motivates the students to keep their grades B or higher to earn a bicycle.

Thursday’s recipients began their program back in November, when nobody knew a pandemic was coming, much less how popular bicycling would become given the streets becoming devoid of traffic.

“The kids put together PSAs about riding bicycles and safety,” said Maria Jukic, coordinator for the AVID program, adding that students submitted videotapes on WeVideo or iMovie that involved measuring distances and determining walkability and rideability. 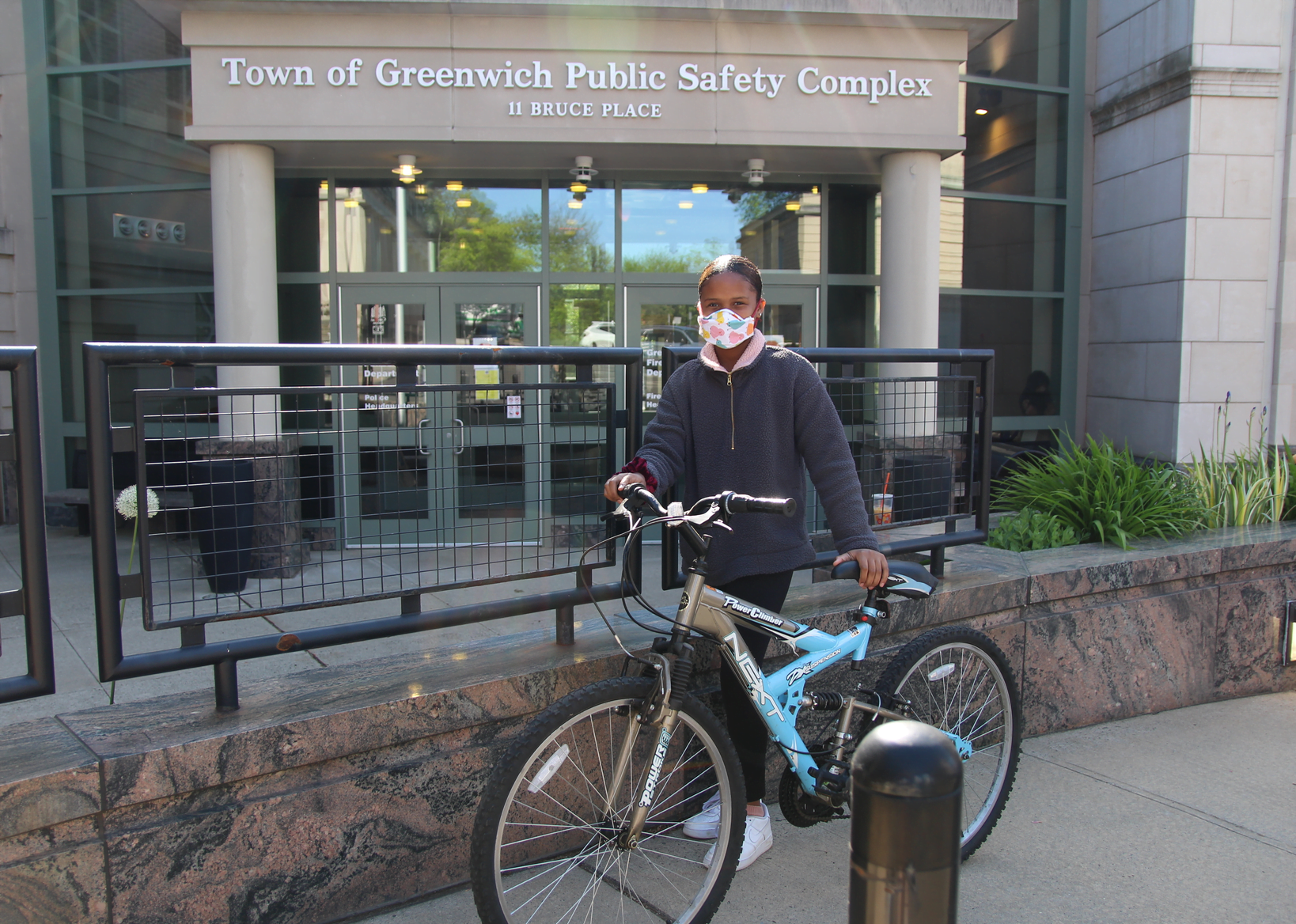 B’s for Bikes awards refurbished bicycles to Greenwich middle school teens who achieve B or better grades in Greenwich Schools. On Thursday a dozen AVID students from Central Middle School were given their bikes. May 21, 2020 Photo: Leslie Yager

Ms Jukic said 6th grader Shane O’Connor had “the best” application to get into AVID.

“It was the most comprehensive and sincere application I’ve ever read. It was so sincere. He talked about growth and motivation,” Jukic said as Shane, towering over his parents, hopped onto his new bicycle, which was set aside because it was bigger than the others.

Shane, flanked by his parents Lisa and John, briefly pulled down his mask to reveal a smile, said he planned to ride the bike around Cos Cob on Thursday.

President of the Silver Shield union Lieutenant Louis Pannone, said the B’s for Bikes program is not new.

“We’ve had this program for many years. It’s a way for students to strive for good grades. We give them bicycles as a reward who might not otherwise have a bicycle,” he said, remembering how he had saved up for a Schwinn bicycle as a teen by cutting grass for a summer. “A lot of the community donates bicycles to us to give out to the kids. We get them refurbished by Dave’s Cycles.”

“It’s not just us police. It’s the entire community involved,” he said, adding, “So many more people are riding bikes because there is so little traffic now. And people are starting to come out of hibernation now. The timing couldn’t be better. It’s great exercise for the kids. No cars.”

“We get the request and we’ll send someone over to pick the bike up,” Pannone said. “Bikes are expensive. It gives the kids something to strive for who might not have a bicycle.” 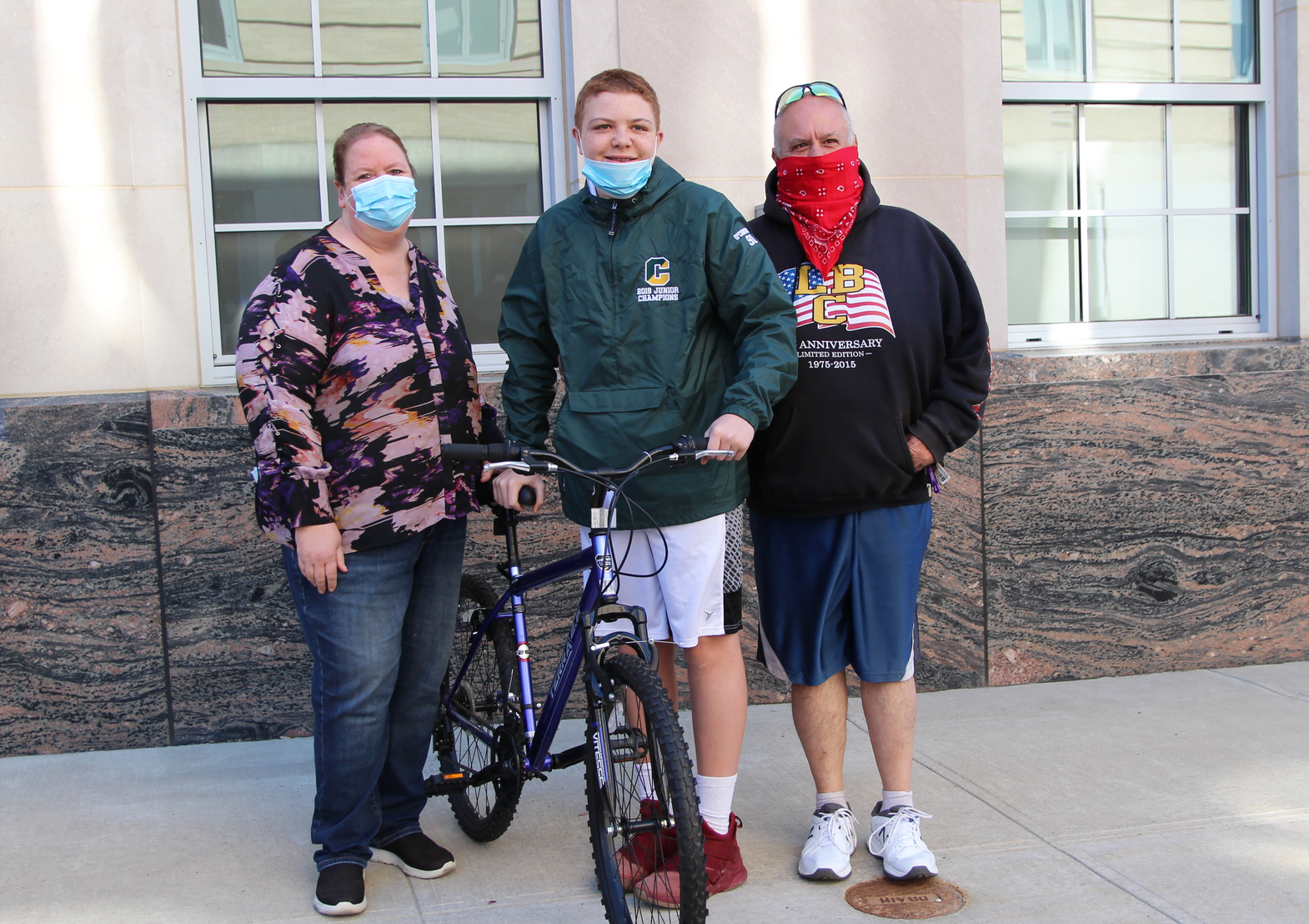 Flanked by his parents Lisa and John was CMS AVID student Shane O’Connor with his new bike he was presented for achieving B or higher grades. May 21, 2020. Photo: Leslie Yager 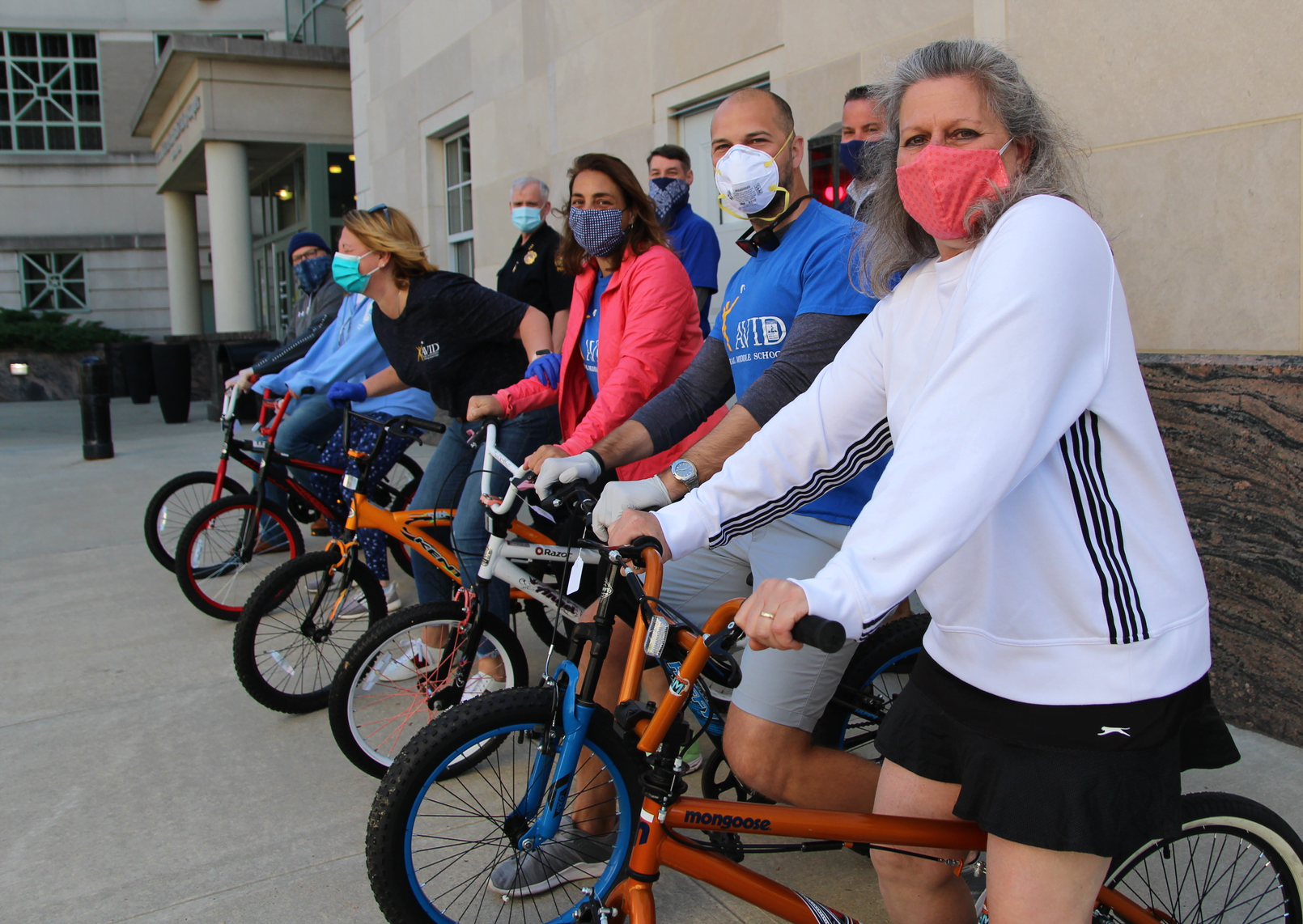 CMS teachers at Greenwich Police Dept awaiting students to come pick up the bikes they earned in the B’s for Bikes program. May 21, 2020 Photo: Leslie Yager 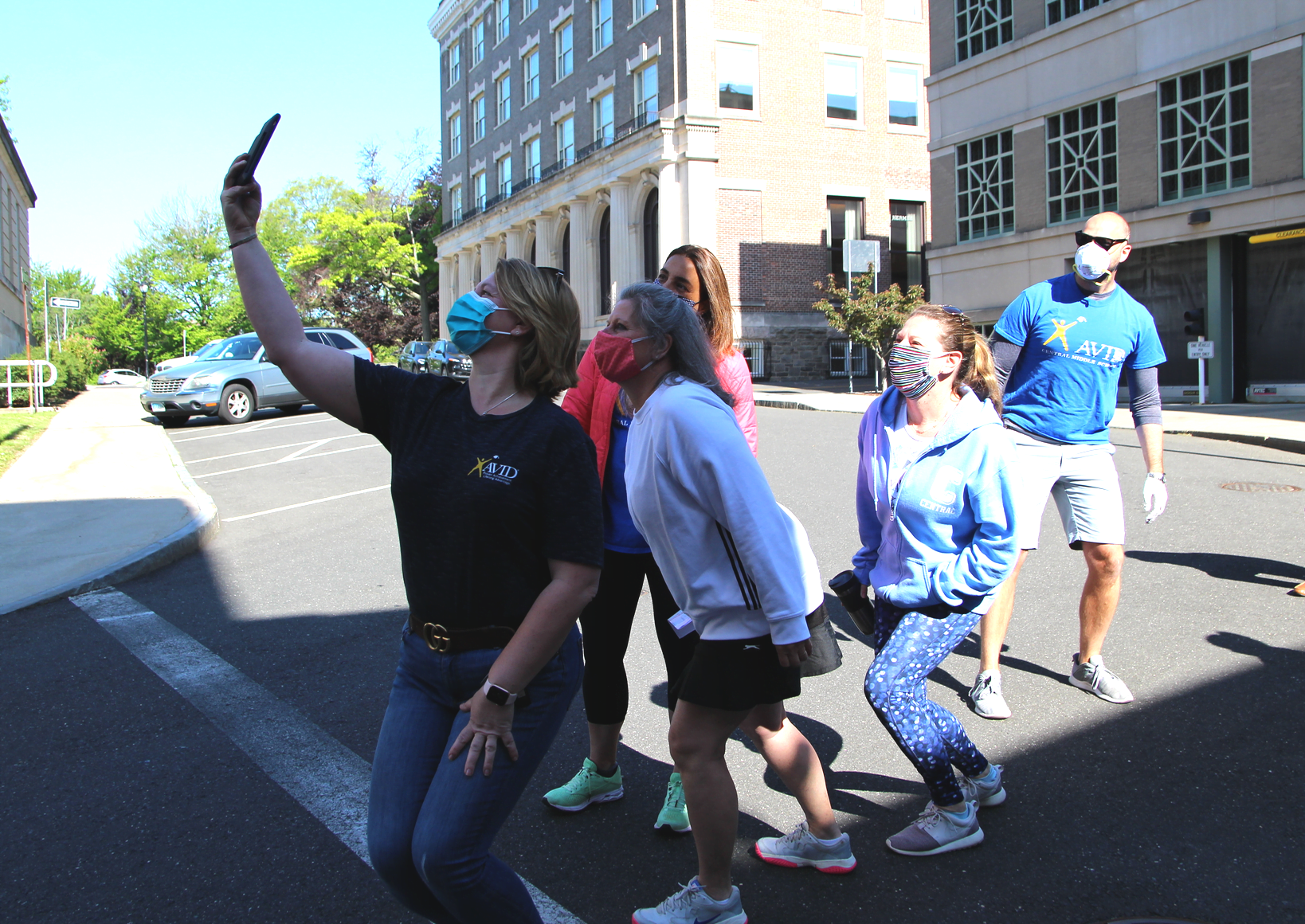 CMS teachers hadn’t seen each other in person for weeks. They took a selfie outside Greenwich Police Dept. May 21, 2020 Photo: Leslie Yager 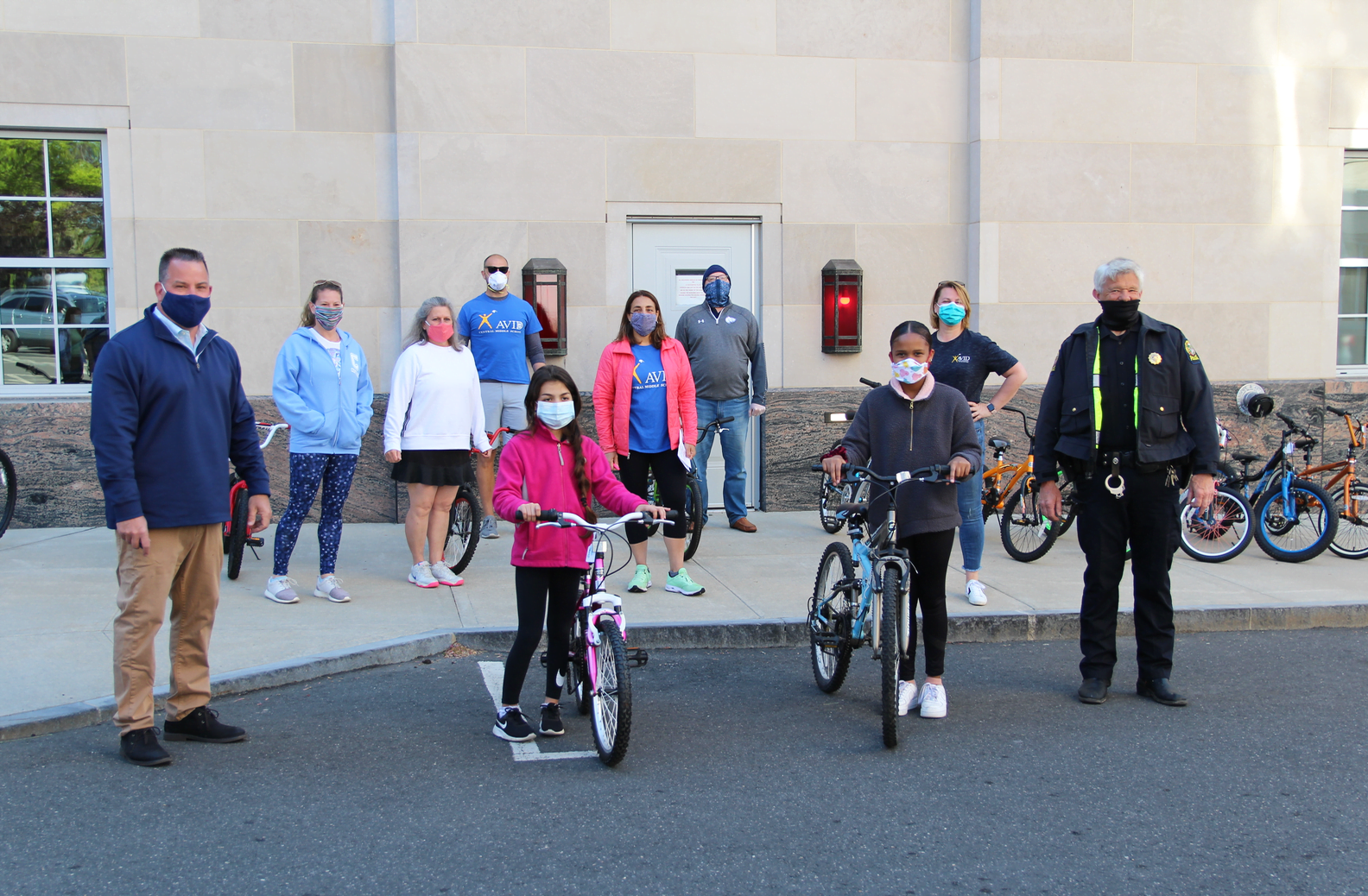 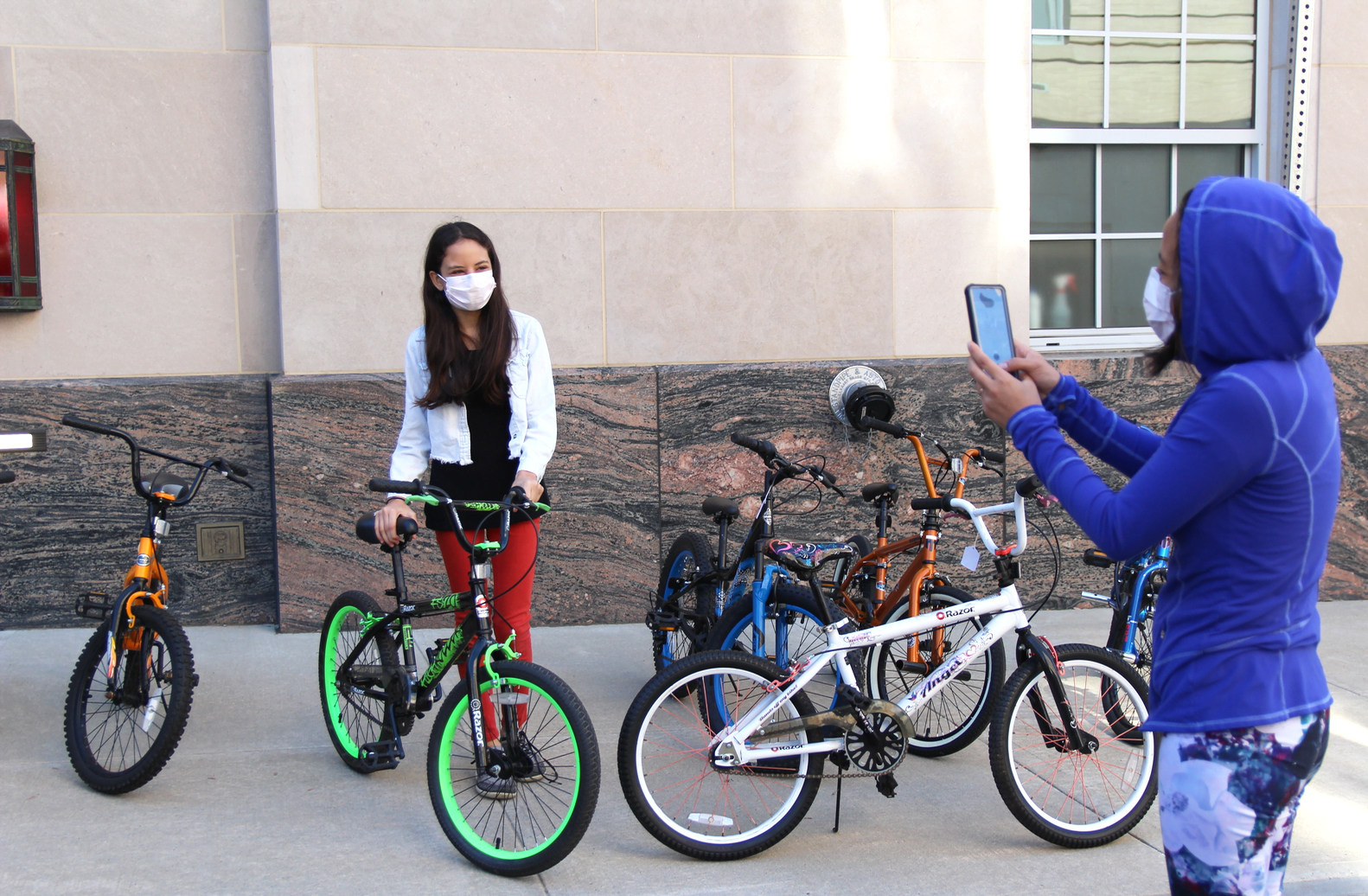