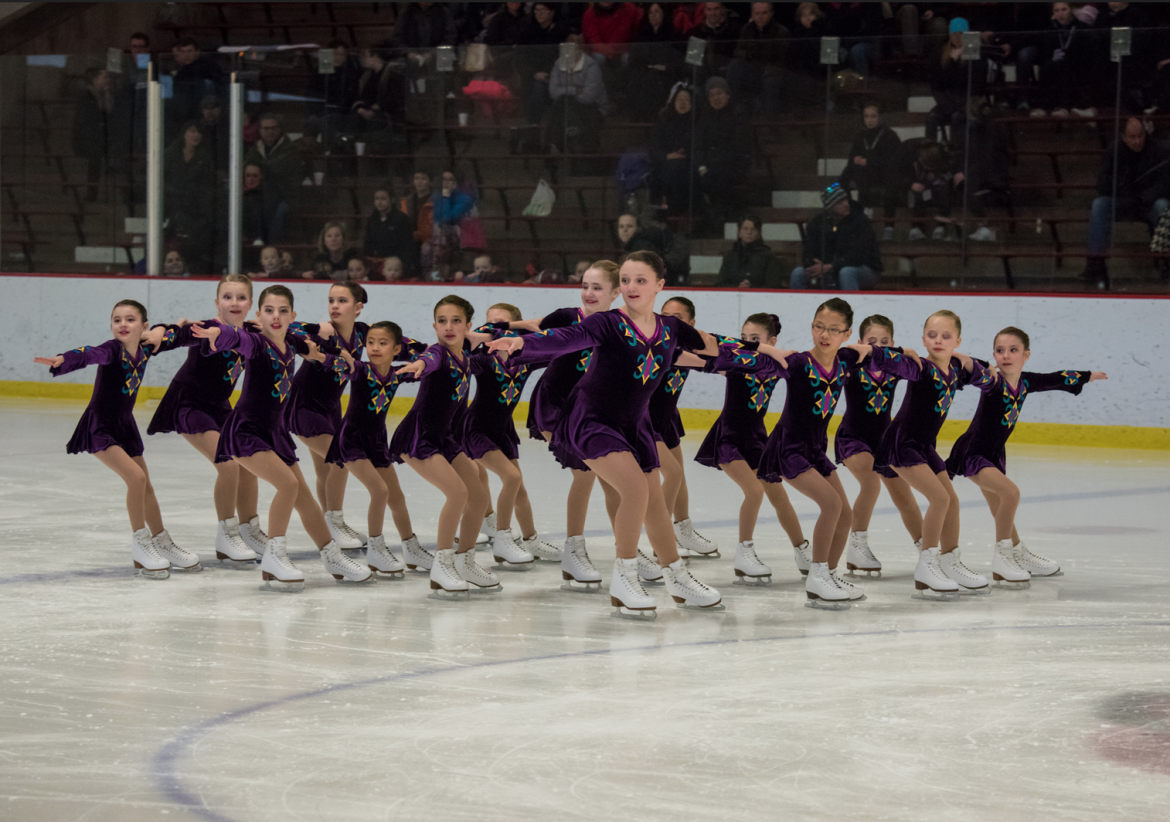 The Skyliners Synchronized Skating Team is holding tryouts for its 2016-17 season on Saturday, April 9 and Sunday, April 10 at Chelsea Piers in Stamford.

Skaters ages 5-12 years old are encouraged to tryout to be part of this world-renowned synchronized skating team, and enjoy the fastest growing discipline in ice skating.

“Skyliners is an amazing team for young skaters to not only develop their skills and compete at a high level, but to make lifelong friends,” said Sarah LeBlanc Blosat, Skyliners Director of Non-Qualifying Lines. “We have skaters who began with us at a very young age and are now competing internationally representing TEAM USA. The sport is addictive!”

Skyliners is fielding four teams this year for younger skaters. At the youngest level, the Intro to Beginner team is for skaters ages 5-7 who have taken USFS Basic 1 skating classes. The Beginner team is looking for skaters ages 5-9 who have taken up to USFS Basic 5 skating classes. Both the Intro and Beginner tryouts take place on Sunday, April 10 from 5:50-6:50pm at Chelsea Piers, Stamford.

“Our Intro and Beginner teams are a great place for young skaters to get their first experience in synchronized skating,” said Blosat. “They have weekly practices, and they also get their first competition experience, which is such a blast!”

“Both the Preliminary and Pre-Juvenile tryouts are for more experienced skaters, but they can still be new to synchronized skating,” said Blosat.

All skaters should arrive at tryouts at least 30 minutes early and pre-register on www.skylinerssynchro.com

15 Years of Skyliners. The Skyliners Synchronized Skating Team was established in 2001 by a group of parents who wanted to create the most competitive synchronized skating club in the tri-state area. In that first year, the team had three lines. Over the last 15 years, Skyliners has grown into one of the top synchronized skating teams in the country – now with 11 competitive lines and 190 skaters ranging in age from 5 to 26. While the majority of the skaters reside in the tri-state area, Skyliners also draws members from Delaware, California, Illinois, Minnesota and Pennsylvania. The tremendous growth and success of the team are attributed to the dedicated athletes, talented coaches and devoted Board members and parent volunteers who make Skyliners possible season after season.

About Synchronized Skating. Synchronized skating consists of 8-20 highly-skilled athletes performing a program on ice together, moving as one flowing unit. It is characterized by teamwork, speed, intricate formations and challenging step sequences. There are approximately 600 synchronized teams and nearly 5000 synchronized skaters in the U.S. alone, with elite competitions at both the national and international level. Although not currently an Olympic sport, there is significant movement toward including it at the 2022 Olympic Winter Games.

Visit the Skyliners at www.skylinerssynchro.com to learn more about this successful team.

Skyliners Win Big at the Colonials Classic in Massachusetts