When long-time Greenwich resident Adam Franchella found out that the annual Town Wiffleball Tournament was not going to be held this summer, he got right to work.

“Upon hearing the news, I immediately began planning a tournament in its absence. As a participant nearly every year since its inception in 2008, I wanted to see the Greenwich Wiffleball tradition carry on,” said Franchella, who grew up playing baseball in town, was also captain of the GHS baseball team in 2009.

“From my years playing in the tournament each summer and even getting lucky enough to win in 2011 along with my brother Rick, Collin Thaw, and Will Malone, I knew that despite the incredible success in years past, there were improvements that could be made,” he said, adding that in recent years, the annual town tournament has been flooded by “professional” teams traveling from out of town and even out of state. He said that influx compromised the overall community feel that characterized the tournament in earlier days.

“In an effort to return the tournament to its roots, we will move the pitch speed from unlimited to medium to give every team a shot at the championship,” Franchella said.

Toward that end, there will be a Family bracket for ages as young as 10 that would rather play a less competitive style of play.

In order for the tournament to keep its popularity, Franchella knew he needed a sponsor that would get people’s attention. That’s when he called his friend Frank Carpenteri Jr., owner of Garden Catering.

“The goal when I called Frank was to see if they would not just support the tournament as they have done for years, but to be a title sponsor and rename the tournament ‘The Garden Catering Wiffleball Tournament,'” Franchella recalled. 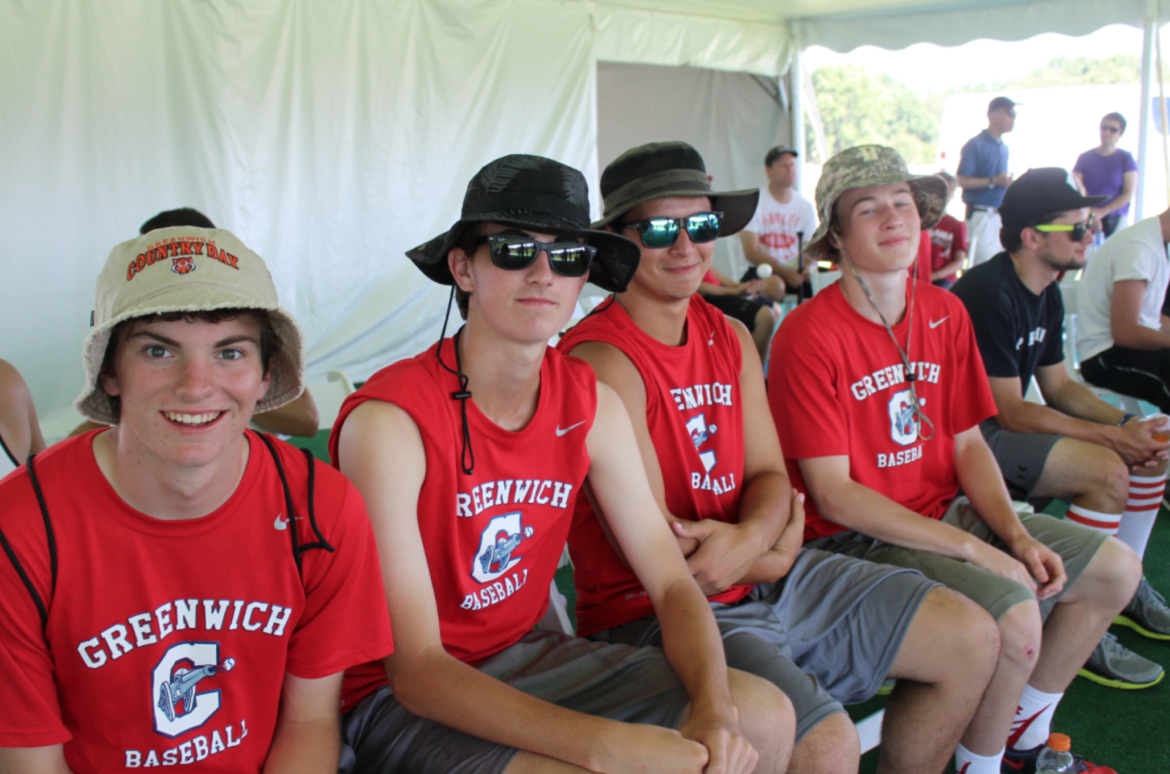 Garden Catering is known for its generosity in the community, especially when it comes to causes that benefit youth. Franchella said it also won’t hurt attendance if people know there are nuggets and cones for participating teams!

Carpenteri liked Franchella’s idea and got right to work supporting the project.

With the addition of a sponsor, Franchella turned  to selecting a local organization to be a beneficiary.

The tournament, which was previously run by the Junior United Way of Greenwich, and subsequently the Greenwich Police Silver Shield, was started in 2008 in response to a lack of wiffleball playing fields in town.

After 9 years of fundraising, the United Way and Silver Shield were able to raise enough money to build a wiffle stadium at Byram Park. 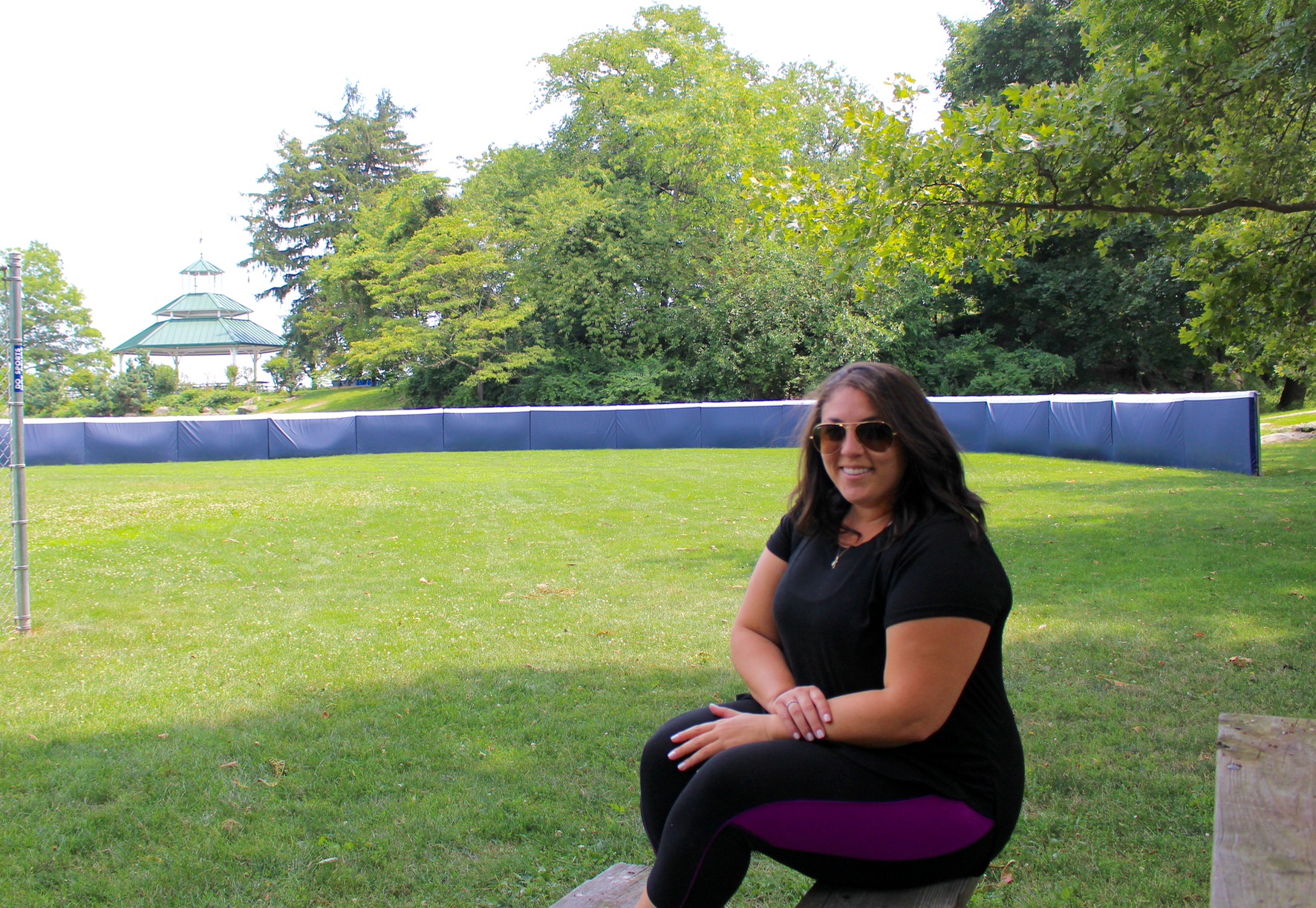 Erin Montague poses in front of the new wiffleball wall at Byram Park. The wall was funded through tournament Erin organized with Jenny Byxbee and the Police Silver Shield. Summer 2016 Photo: Leslie Yager

With that fundraising goal achieved, Franchella thought of The Boys & Girls Club of Greenwich as a fitting beneficiary of proceeds and, Don Palmer, BGCG’s program director who has been at the Club for 20 years, was happy to get involved.

“The Boys & Girls Club is happy to be the beneficiary for The Garden Catering Wiffle Ball Tournament,” Don Palmer said. “Garden Catering and Adam Franchella are great supporters of our members and we look forward to a successful tournament.”

Besides, Palmer noted, “Who doesn’t like wiffleball? It brings the Greenwich community together to have fun, throw curve balls and try to hit long homeruns.”

Franchella also hopes to have a few surprises for participants.

“We’ve been in touch with local celebrities and athletes who can hopefully join in the fun,” he said. “We are keeping things under wraps right now but we love to see a few of them show up for a first pitch or even put a team together.”

“We wanted to choose fields that were a bit closer to town,” said Franchella.

Franchella’s goal is to have at least 48 teams sign up. There are still spots available, though Franchella encourages participants to sign up soon as spots are filling quickly.

The Garden Catering Wiffleball Tournament will be held on July 22 at the Old Greenwich Civic Center.

For more information and to register a team, go to gardencateringwiffle.com

Boys & Girls Club of Greenwich aims to provide an outstanding experience that assures success is within reach of every young person who enters our doors. The club offers an extensive and comprehensive array of recreational and academic programs to members ages 6-18, for just $50 per year.