This week, after hopping off the train from work in New York City, Franchella sat down at MacDuffs in Greenwich to share the story of resurrecting the wiffle ball tournament. He said it was just two months ago that he first learned from the previous organizer of the event, Erin Montague, that no tournament was planned for this summer.

“Erin said, ‘We’re not doing it anymore,'” Franchella recalled. Immediately he decided he wanted to carry the torch. He knew if the event were to be revived, he would need a sponsor with name recognition. He immediately thought of Garden Catering owner, Frank Carpenteri.

“Frank immediately said yes,” Franchella recounted. “He is incredibly busy, but has gone out of his way to help.”

Franchella said Carpenteri was happy to loan his name to the event and, in the process, provide nuggets and cones for roughly 250-300 people.

Funds raised from the tournament will benefit the boys & Girls Club of Greenwich, and Franchella said Don Palmer, Takeia McAlister and Anne Bradner have been great to work with. 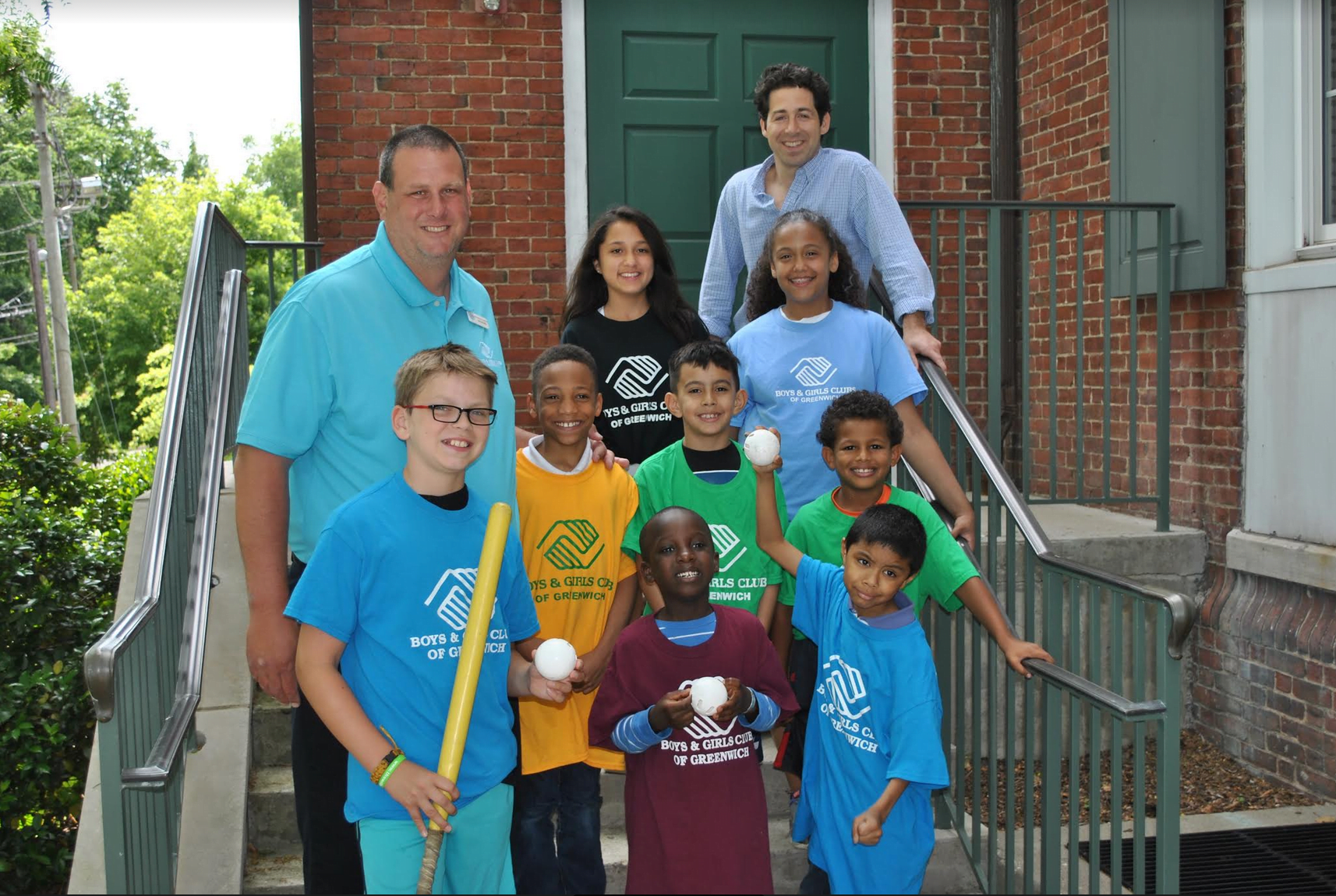 The tournament holds much sentimental value for Franchella, who has been passionate about wiffle ball since he was a boy. 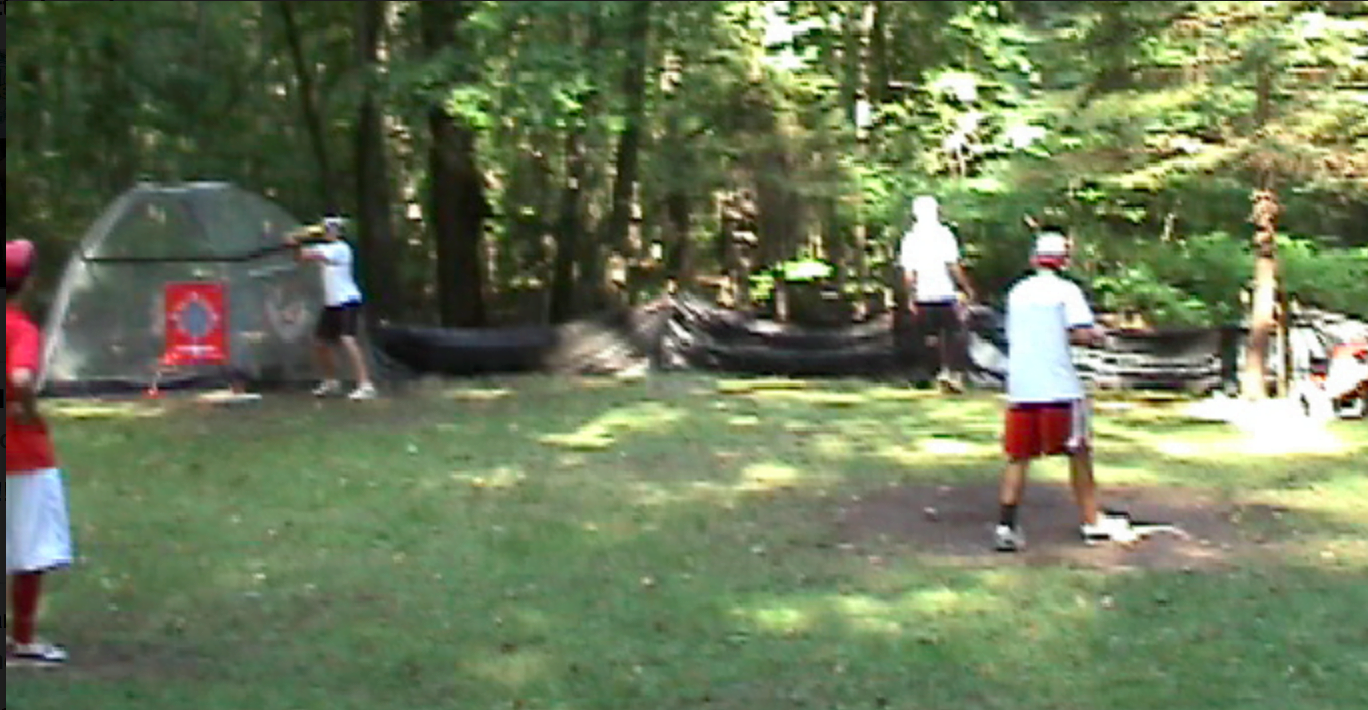 “Franchella Field” created in Adam Franchella’s backyard in Greenwich in 2009.

This year Franchella is hoping the wiffle ball tourney will be resurrected as more of a community event than a regional tournament. Toward that end he has made some changes.

To take away the incentive for professional teams coming to Greenwich from afar, Franchella is eliminating the cash prizes. Instead he is attempting to get a signed ball from a professional player for the grand prize, and award trophies for the second and third place teams.

“There are teams who play year-round and enter any tourney with a cash prize,” Franchella said. “This year there are no cash prizes.”

In an additional effort to slow down the professional teams, Franchella is putting a cap onto the pitch speed. In previous years, the speed of the pitching was uncapped, meaning players pitched the ball as fast as possible.

“That only benefited the professional teams,” claimed Franchella. Instead, this year’s tournament will have medium pitch speed.

“The referees may say, ‘That’s a little fast,'” Franchella explained. “It makes hitting more valuable than pitching. We’re trying to create a more even playing field.”

Something else Franchella wishes to see are families participating in the tournament. He said that if there are enough families, he will have a separate “Friendly Division” for ages 10 and up. (The competitive division is comprised of players 14 and older.)

“It could be two parents and their 10 and 12 year old,” Franchella said. All teams must have a minimum of four members, and a maximum of five.

Franchella also wanted to move the tournament from the Greenwich Polo Club to a more centrally located town playing field. With Garden Catering set to sponsor the tournament, the next hurdle was to arrange for use of a town field.

With just two months to plan the tourney, Franchella contacted Frank Gabriel at Greenwich Parks & Rec Dept, who offered up the fields at the Old Greenwich Civic Center on July 22, which was a major coup. Still, the two-month lead time was tight, and the Parks & Rec application process involves insurance requirements and permits.

“Mr. Gabriel has been great to work with,” Franchella said. “I’m just 26, and he could have shot me down, but he was very responsive.”

With a sponsor and central location secured, Franchella is relieved that the dream will continue. “I never hesitated. I grew up loving wiffle ball and there is a little nostalgia in this for me,” he said. “I love this town and will probably live here when I get older.”

Franchella has played in the tournament ever since it was created in 2010. In the tournament’s second year, Franchella’s team the “Honey Nut Ichiros,” which consisted of him, his brother Rick, Will Malone, and Collin Thaw took first place.

In fact, Collin Thaw is Franchella’s partner in holding the tournament this year.

Franchella is a big fan of Greenwich, and would love nothing more than to see the community come together every year for the wiffle ball tournament.

The Garden Catering Wiffleball Tournament will be held on Saturday, July 22 at the Old Greenwich Civic Center.

For more information and to register a team, go to gardencateringwiffle.com

Boys & Girls Club of Greenwich aims to provide an outstanding experience that assures success is within reach of every young person who enters our doors. The club offers an extensive and comprehensive array of recreational and academic programs to members ages 6-18, for just $50 per year.