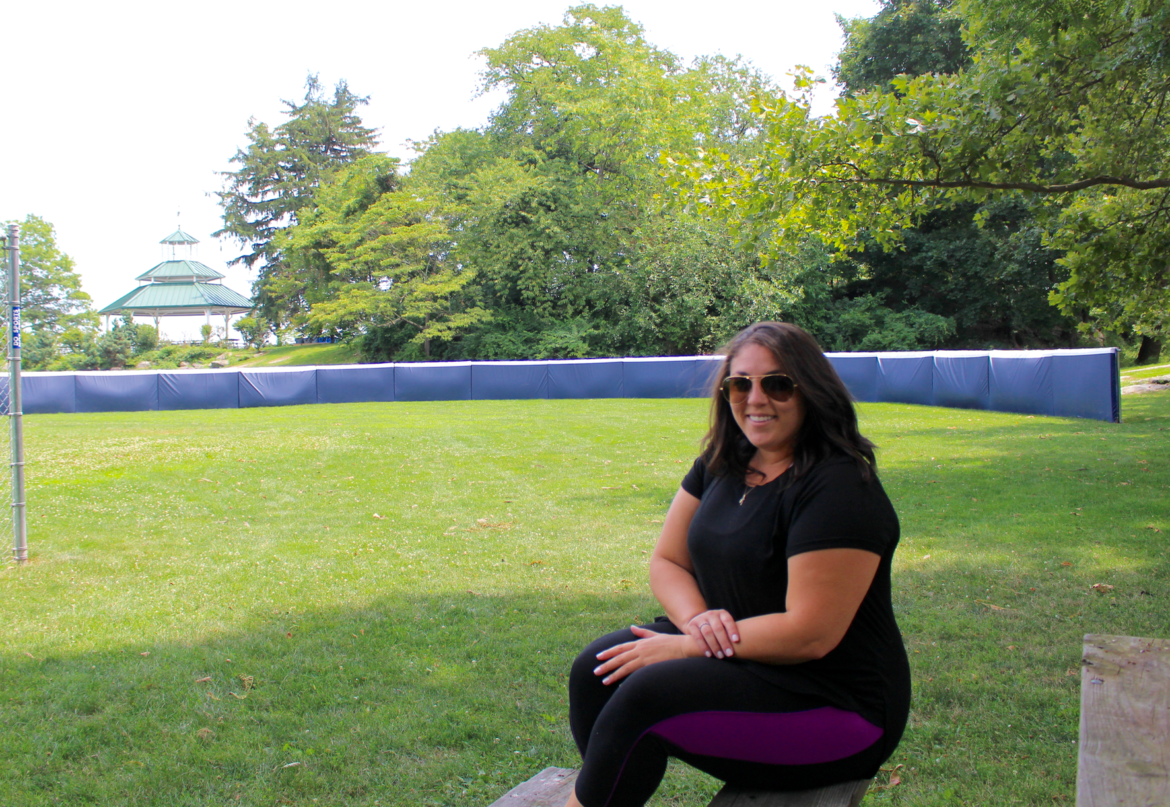 The 9th annual wiffle ball tournament is rapidly approaching. Event organizer Erin Montague said that the event is something of a reunion, with familiar names and teams returning to register year after year.

“Some people travel quite a distance for the tournament. They arrange hotels and the whole deal,” she said. And yet, Montague said newbies are embraced and always have fun.

“Wiffle ball is a timeless game that reaches across all ages,” Montague said. “No matter how old you are, it’s something you can pick up. There’s dads and grandmothers – Everyone can have a chance in the game, and it’s always nice to see the older guys sharing tips and high-fives with the younger kids.”

Chatting at Byram Park with the “field of dreams” in the background, Montague shared the back story to the seasonal wall, which is made of material akin to the padded gymnasium walls in our schools. It will come down in the fall and go into storage.

The story started in 2008 when several Greenwich kids built their very own wiffle ball field. But because of concerns over the town’s liability, the First Selectman closed the “field of dreams.” The move received the attention of the media.

Inspired by this story, several members of the Youth Division of the Greenwich Police Department along with the Youth Services Coordinator at the Greenwich United Way decided to facilitate a tournament to raise funds for a permanent field.

The United Way helped found the tournament, but are no longer a partner with the event, which is now run through the Greenwich Police Silver Shield Association.

“This field hadn’t been used much,” Montague said of the field at Byram Park by the intersection of Ritch Ave and Byram Shore Rd. “It isn’t regulation size for any other sport, and I believe it was last used for t-ball,” she said. In fact, the field is actually clay, though grass and clover now cover it.

“This year the event will to raise funds for Kids in Crisis. They do outstanding things in this community,” Montague replied when asked why she gives up much of her summer to organize the event.

“In this world today, there just aren’t that many opportunities like this. The kids are amazing,” she said.

“The kids are some of the most outstanding people. They’re still malleable and they still get so excited,” she continued.

On that note, she added that it’s important to model the district norms, rather than just repeat them.

Montague, quick to give others credit, said that the real workhorses behind the tournament include Silver Shield president Sgt Timothy Hildebrand, along with Officer Keith Hirsch, Officer Danny Paladino, and Sgt John Thorme, who are working through the Silver Shield.

“They’re the ones overseeing the set up, hanging banners, and everything else,” she said.

Though the tournament is almost here, and the “field of dreams” is in place in Byram Park, Montague said there were challenges along the way.

“At the end, there was no negative effect. No disruption to the community,” she said. In fact, Montague said that people renting the gazebo for picnics and parties have the option of playing wiffle ball during their day of fun. 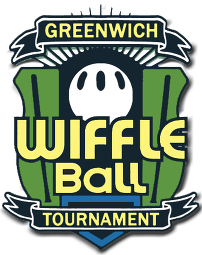 The event will feature 256 Players, 64 Teams, 16 Cash Prizes and 10 Trophy Winners. Participants must 12 years of age or older. Players under the age of 18 must have parental consent.

Teams must have a minimum 4 players and no more than 5. If you would like to register your team please click on the link below. CLICK HERE TO REGISTER YOUR TEAM