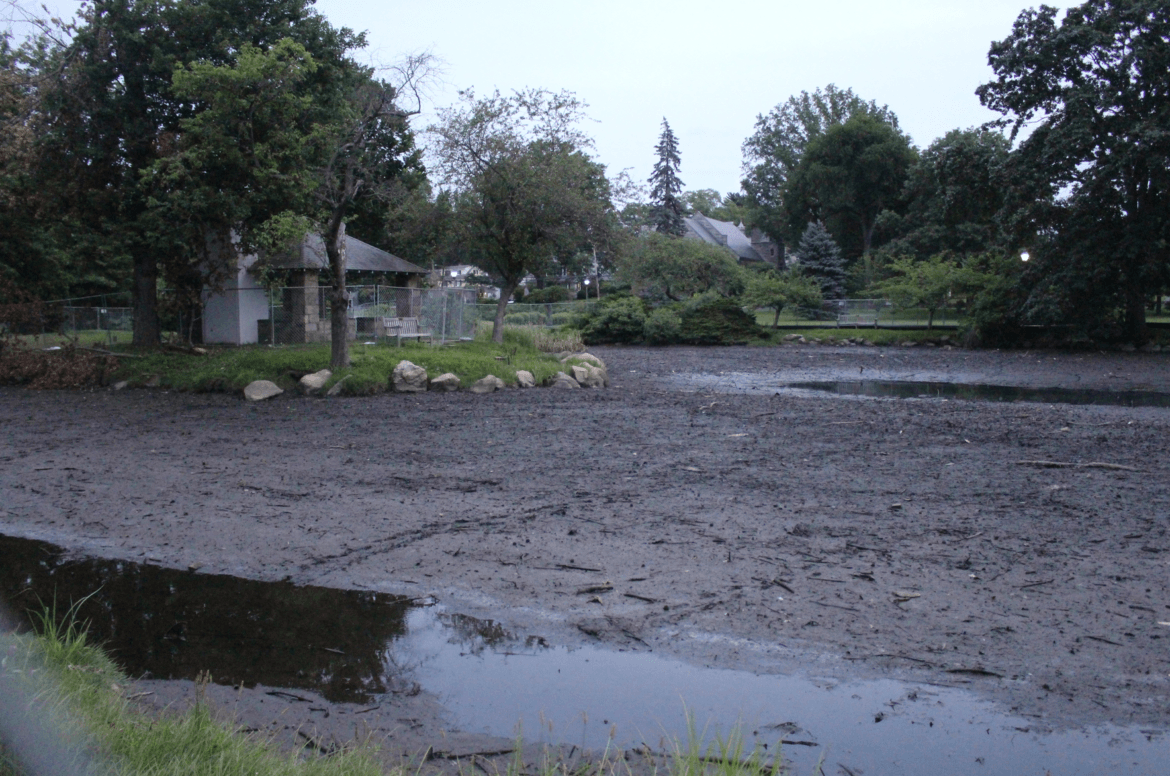 Binney Park pond is being dredged and residents have expressed concern about the fate of the wildlife during the project. Currently a series of chain link fences encircle the pond which has been de-watered.

The dredge material – approximately 9,500 cubic yards of sediment – will be removed, transported off site and disposed of in a responsible manner.

But what to do about the fish, frogs and turtles while flow through the pond is being maintained through coffer dams.

Gabriella M. Circosta-Cohee, P.E., Senior Civil Engineer with the DPW at town hall said she has been answering abundant correspondence with precisely these questions.

Reached by phone on Monday afternoon, Ms. Circosta-Cohee said that for this project there are multiple permits, including two permits with the Department of Energy & Environmental Protection (DEEP), a permit with the Army Corps of Engineers, and a permit with the Inland Watercourse and Wetlands Agency.

Circosta-Cohee said the the Army Corps of Engineers has a special condition that requires the contractor to collect any wildlife present and transfer them outside of the work area.

Work is is commencing in the upper pond and the contractors are working their way south.

The pond, which was last dredged in 1997 has received sediment, which Mr. Michel said comes from Cider Mill Brook and Long Meadow Creek. Last summer DPW’s James Michel explained that unlike the previous two dredges of the pond, this time there will be 2 to 4 bays established at the upper end of the pond to trap sediment, and annual or semi- annual maintenance to prevent the pond from becoming silted again. The bays would be lined with concrete mats to facilitate periodic cleanup.

The task of moving the turtles – snapping turtles and smaller turtles – in particular has been very challenging.

According to Circosta-Cohee, the turtles tend to crawl back toward the northern pond after they’re moved. “Then you have to put them back in the lower pond. You can see the tracking in the mud,” she said, adding that turtles enter Binney Pond from Laddins Brook and Cider Mill Brook.

Ms. Circosta-Cohee said the DPW is working with the Conservation Commission to make sure handling of wildlife is being carried out correctly.

Circosta-Cohee, who has visited the dredging site frequently said, “A lot of people have stopped me and are very excited about the project and to see the contractor moving the wildlife with care.”

Asked what wildlife are being moved in addition to turtles, Circosta-Cohee said fish including Goldfish are being moved too. “They have nets and are being relocated, along with amphibians – frogs.”

As for the Bunker who last summer died in large numbers in Binney Pond, Circosta-Cohee said the coffer dam safely blocks them from coming in. 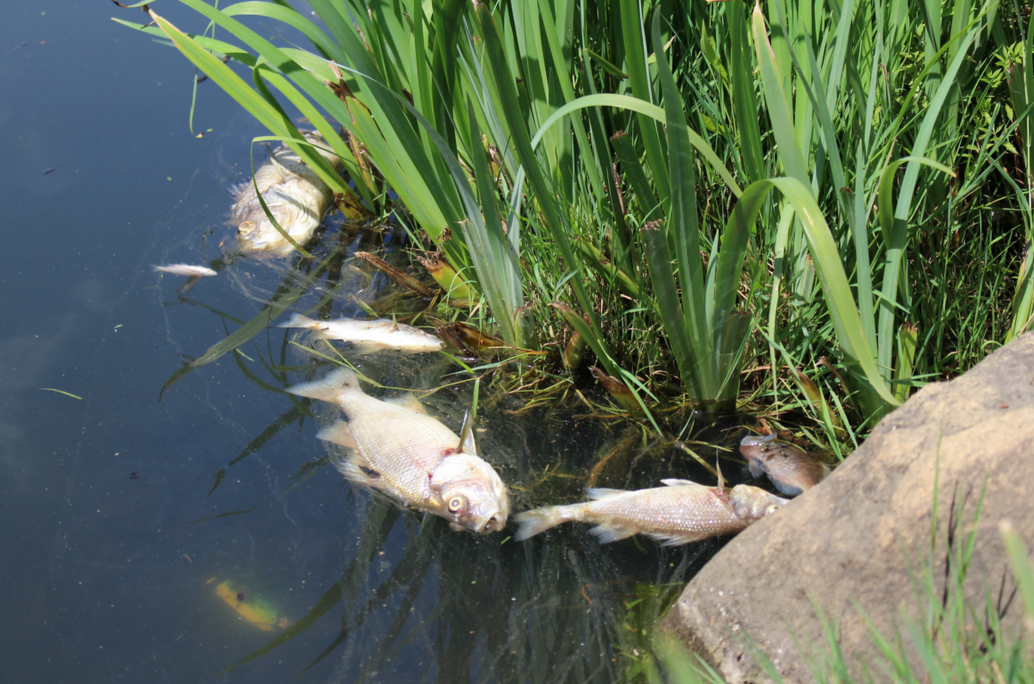