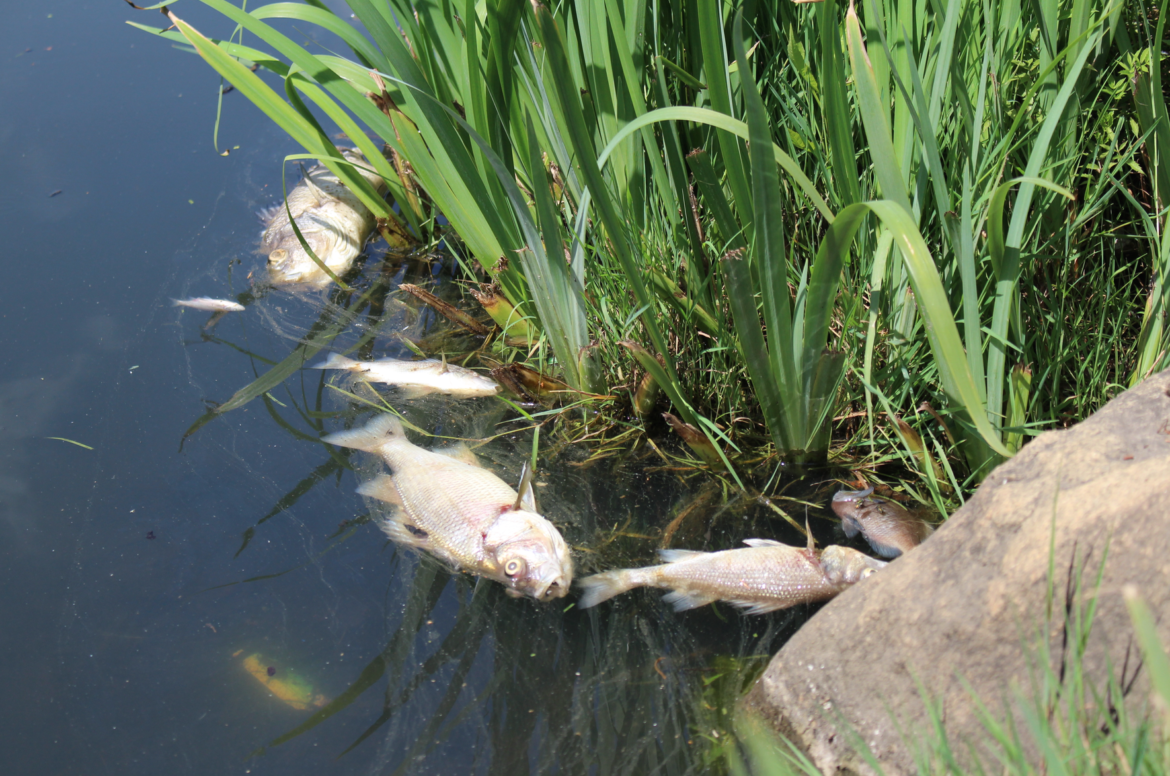 On Tuesday, dozens of fish floated belly up in Binney Pond. At 2:00pm, the dead fish were being eaten by turtles, while other smaller fish circled around in large numbers.

Reached by phone around noon, Health Dept director Caroline Baisley offered what she described as a reasonable scientific guess, because her department had yet to visit the pond.

“Once in a while we experience this and we’ll look into it. But I suspect they’re Bunkers that get driven into brackish water where there’s not much oxygen,” Baisley surmised.

“Years ago we had a big fish kill in Greenwich Harbor when the Bunkers were driven to the shore by Bluefish,” she said. “That’s what this might be, because this is when Bluefish are running.” 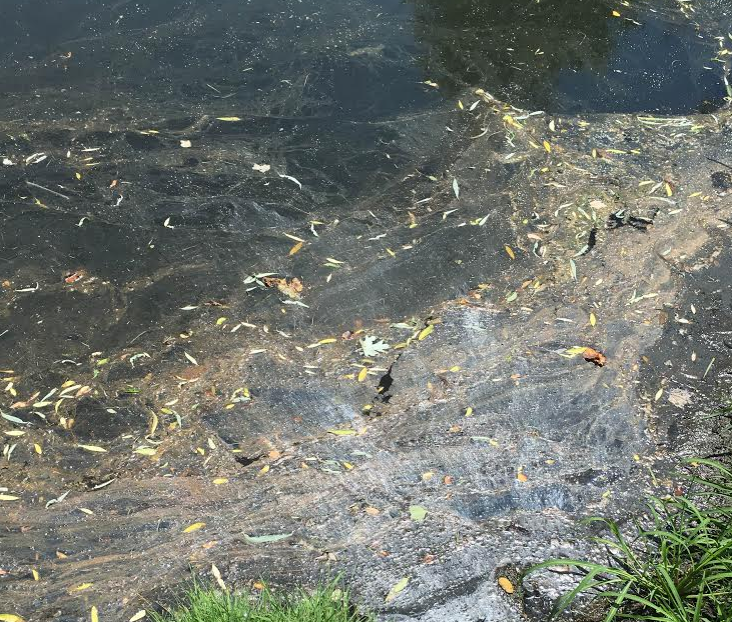 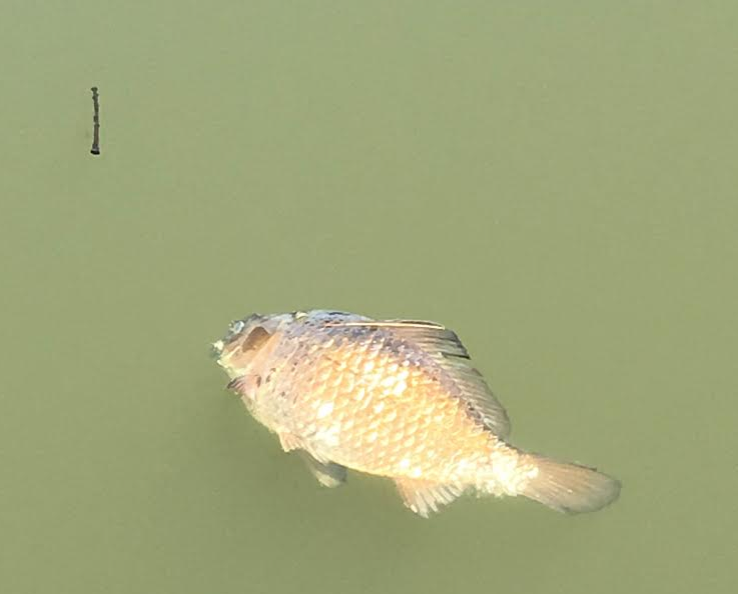 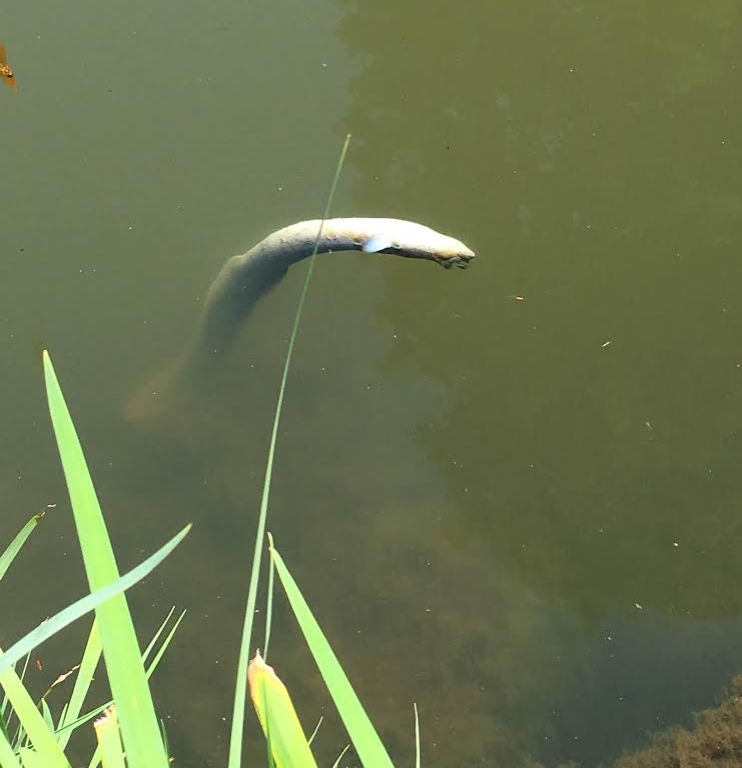 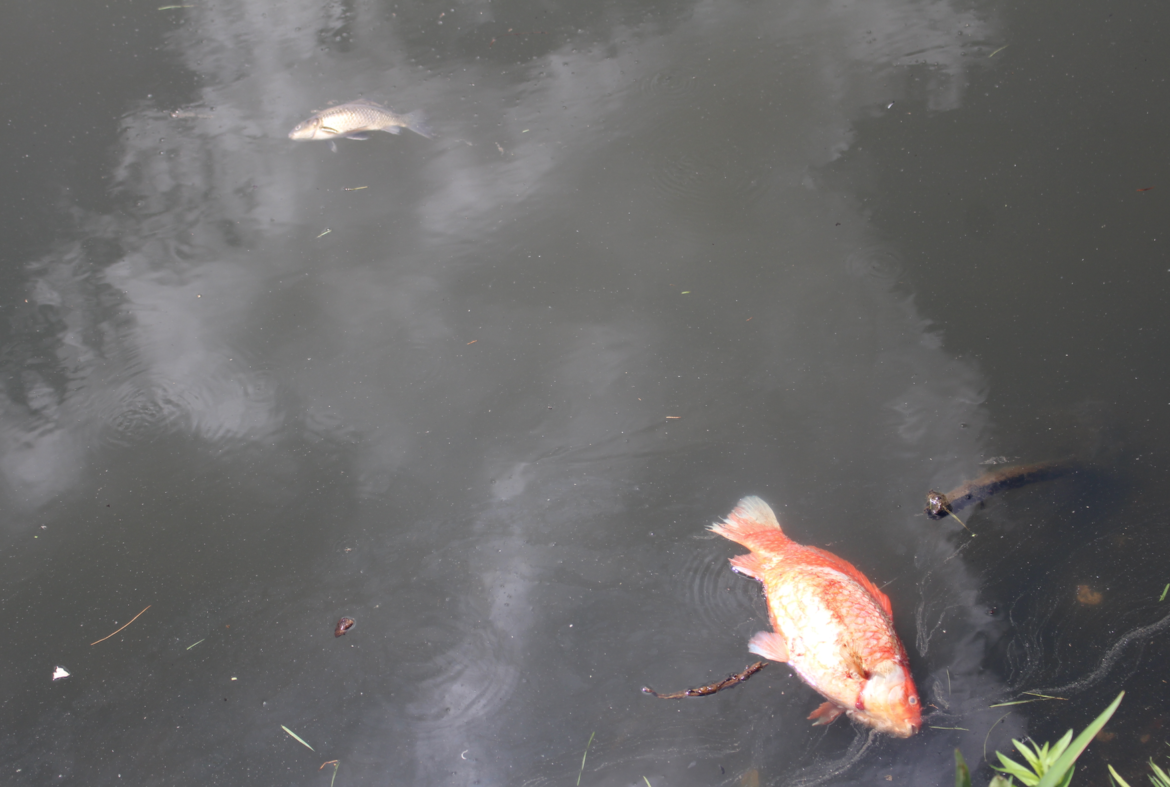 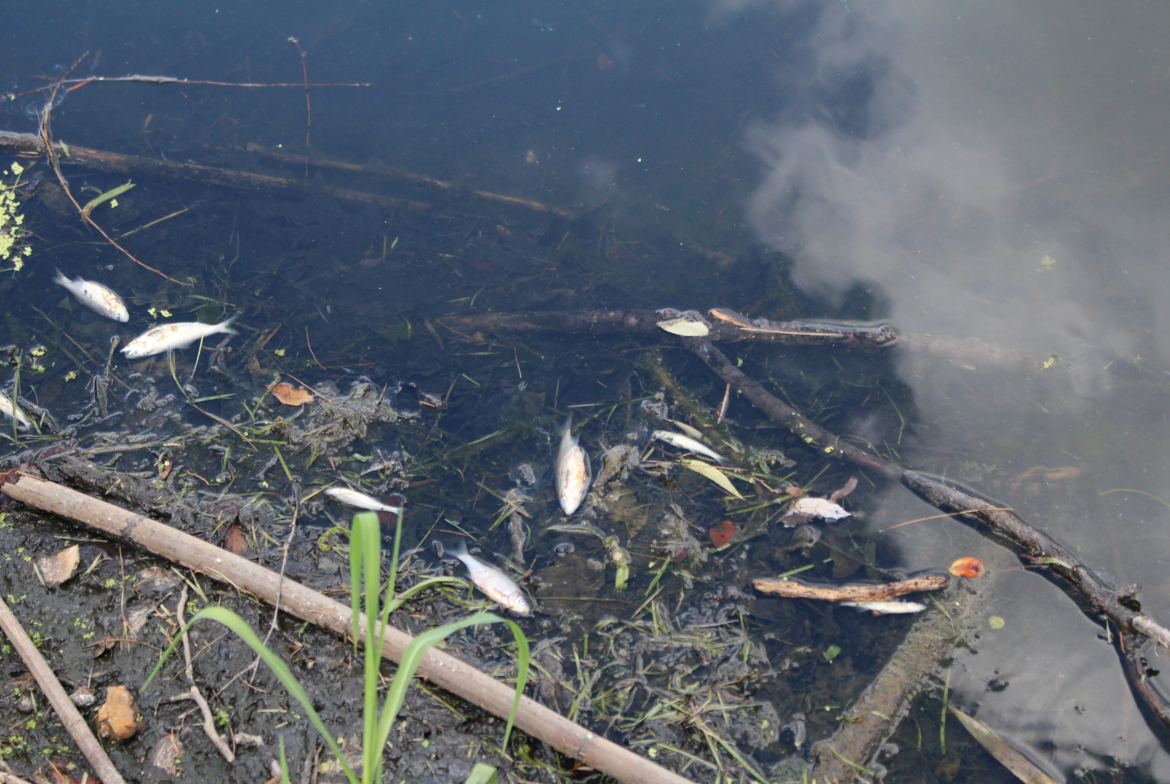 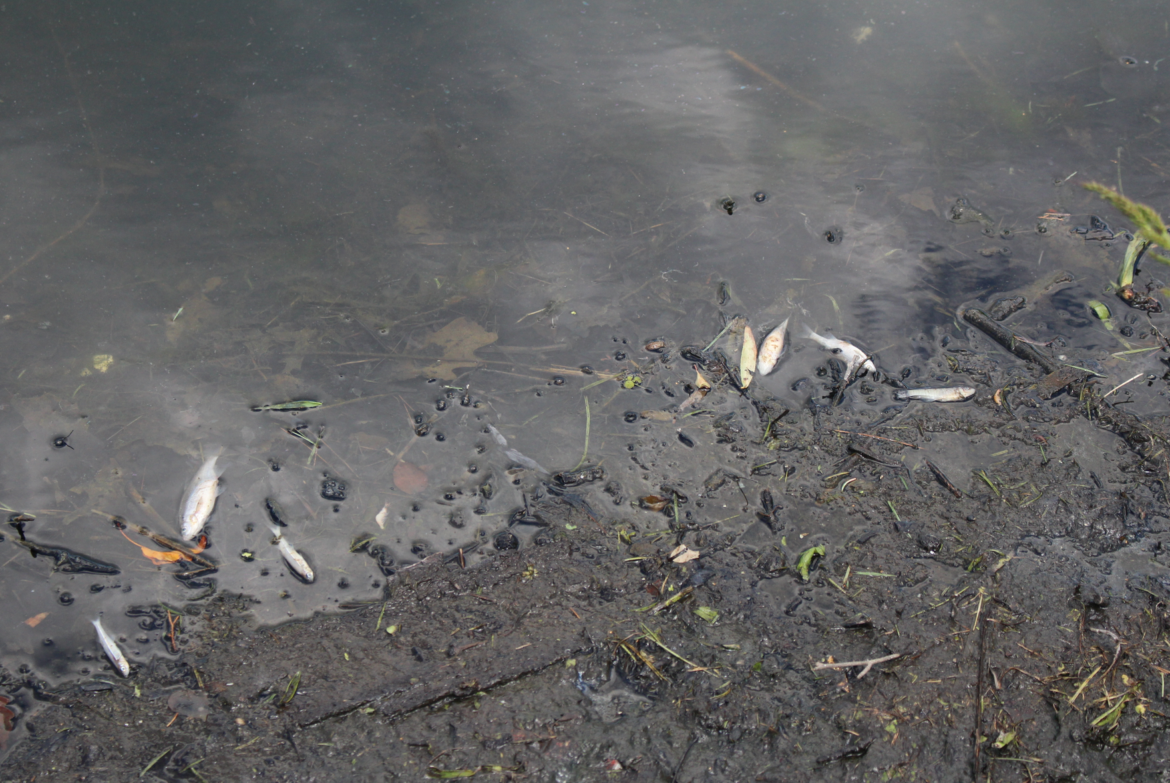 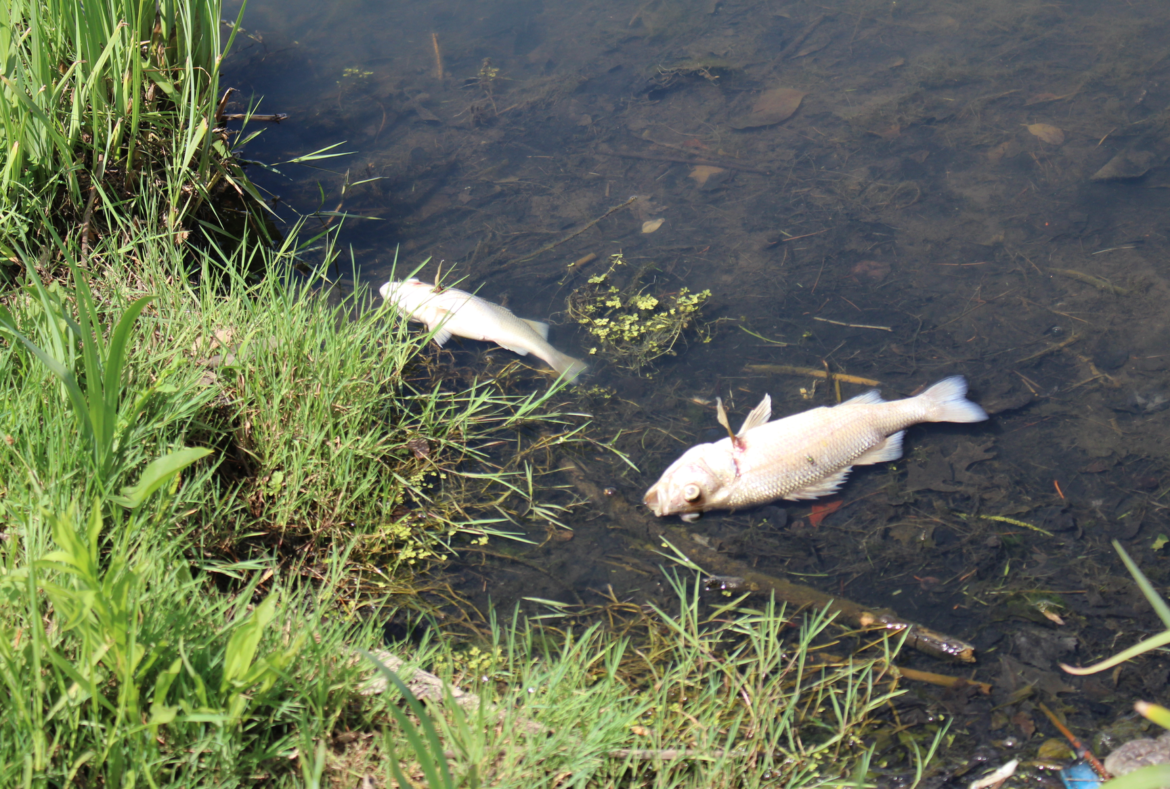