On the heels of Greenwich Public School vacation week, some residents missed developments in the proposed Pay As You Throw (PAYT) ordinance for municipal solid waste.

There was a workshop meeting on Feb 10, as well a first read of the ordinance at a Selectmen meeting in the Mazza Room on Feb 12 that was attended by several of Greenwich’s haulers.

The slideshow estimated a 13,000 ton reduction in municipal solid waste in the first year, based on estimate from Kristen Brown of WasteZero Inc.

On WasteZero’s website they say they offer plastic bags as well as consulting to haulers to help them maximize revenue from customers.

At the workshop Mr. Levitan said WasteZero Inc. would be paid to handle customer service, bag distribution and enforcement for a short period of time at the beginning of the program. After that, the town could put out a bid for bags.

With an implementation on October 1,  Levitan said PAYT would impact the Town budget for remaining 9 months of the 20-21, equating to nearly $1,000,000 in savings.

At the Monday workshop, it was suggested perhaps residents might stop using private haulers and bring their single bag of trash plus recycling to Holly Hill themselves to save money once the fees are introduced for bags.

Camillo said on Wednesday, with PAYT, he is trying to address the additional recycling and incineration costs. He said PAYT would make up for 40% of the state’s goal for towns to reduce waste 60% by 2024.

He said if households averaged one 33 gallon bag per week, it would only impact each household by $105 per year.

Levitan also said the forecasted 13,000 tons of trash that would be reduced was the equivalent of installing 25,000 solar panels within Greenwich every year.

DEEP’s says have been working on PAYT for “decades” and that 550 towns in the northeast use bag-based PAYT systems. 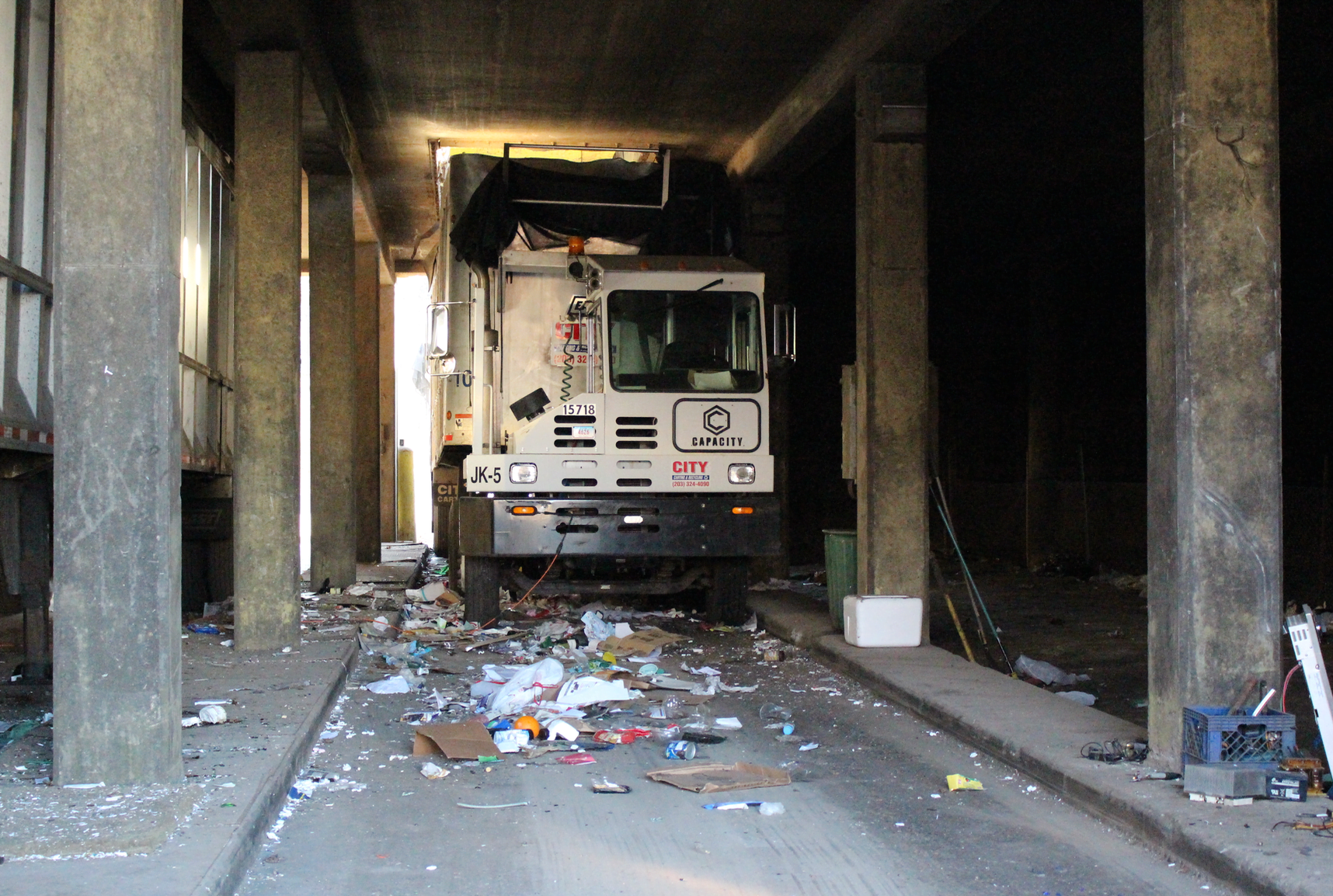 But in Connecticut, only Stonington uses the system, which they instituted it in 1992.  It may be tricky to compare their success to what Greenwich’s might be, as Stonington’s fees for plastic bags are somewhat lower.

Fairfield, CT
Nearby, in Farifield, a town with a population comparable to Greenwich, a tipping fee system has operated since the 1980s.

Fairfield residents pay a flat $6.00 to bring up to 125 lbs or 200 gallons of trash to the transfer station.

Fairfield also operates with a system of private haulers who are weighed in and out at their transfer station, and the superintendent invoices them at the end of the month.

“This is a very regressive tax on people who are not wealthy in this town. Any time you read about Greenwich, it’s ‘wealthy Greenwich.’ The last thing we need in the press is to say look what Greenwich did to all its poor people. They screwed them royally by imposing a really regressive tax.” – Mark Fichtel, Byram

Some Residents are Skeptical

At Wednesday’s Board of Selectmen meeting, when residents had a first crack at asking questions, there was some pushback.

Mark Fichtel, a resident of Byram, referred to PAYT as a “bag tax.” He said he had been seeking numbers from DPW on the tonnage Greenwich has to transfer out for trash and recyclables.

“Until people in this town know that information, there will be a great deal of suspicion about this program,” Fichtel said.

“Greenwich has 22,250 households, and I don’t know how many commercial establishments,” Fichtel said.

“You’re generating an extra $3,000,000 to $3,500,000 that wasn’t necessary. Maybe what you’re doing is imposing what I’ll call a bag tax rather than putting something into the property tax,” he added.

Fichtel said WasteZero Inc, the company that produced Levitan’s slides, would get 15% of the revenue.

Tipping Fees as Alternative?
Greenwich is one of just a few towns in the State without tipping fees. Trumbull is another.

At Monday’s workshop, Selectman Oberlander said she’d like more information on tipping fees, and there were questions about whether Greenwich haulers with routes in other towns bring trash from those towns to avoid their tipping fees.

This has come up before.

A year ago, a resident complained to then First Selectman Peter Tesei that a hauler brought trash from Stamford to Greenwich. GFP called the hauler, Mr. Santaguida, who explained that the driver might have needed a part. He said his trucks have GPS, and he tracks them.

At the time, Holly Hill Supervisor Patrick Collins said it had been years since an out-of-town truck dumped garbage at the transfer station.

“Any hauling company known to continuously bring in out of town material will not be fined, they will lose the privilege to be licensed to use this facility,” Collins said in Feb 2019. “All the hauling companies know that.”

Still some have argued that tipping fees in Greenwich would eliminate any temptation.

Mr. Camillo, for his part, said all options are regressive, and that a tipping fee would be the most regressive. He noted  that doing nothing would raise the mill rate.

Camillo, was formerly a hauler, said it’s unreasonable to expect haulers to absorb the tipping fees.

“If you want to go to a tipping fee, I wouldn’t like that, but we’ll listen to people with comments,” he added. “We’re giving people an option that gives them personal control and is the right thing economically and environmentally.”

On his Friday radio show, Camillo said in response to concerns about lower income residents having a hard time affording the bags, they could be given one free bag a week.

“I’ve already solicited a donation privately that will fund most if not all of those in that category,” he said. “They’re buying the bags now, but this will incentivize them to use less of them.”

“Just hand them out without any limit would go against the spirit of the program, which is to reduce trash and save the town money,” he added.

Diving Into Pay As You Throw Proposal for Municipal Solid Waste in Greenwich Feb 12, 2020