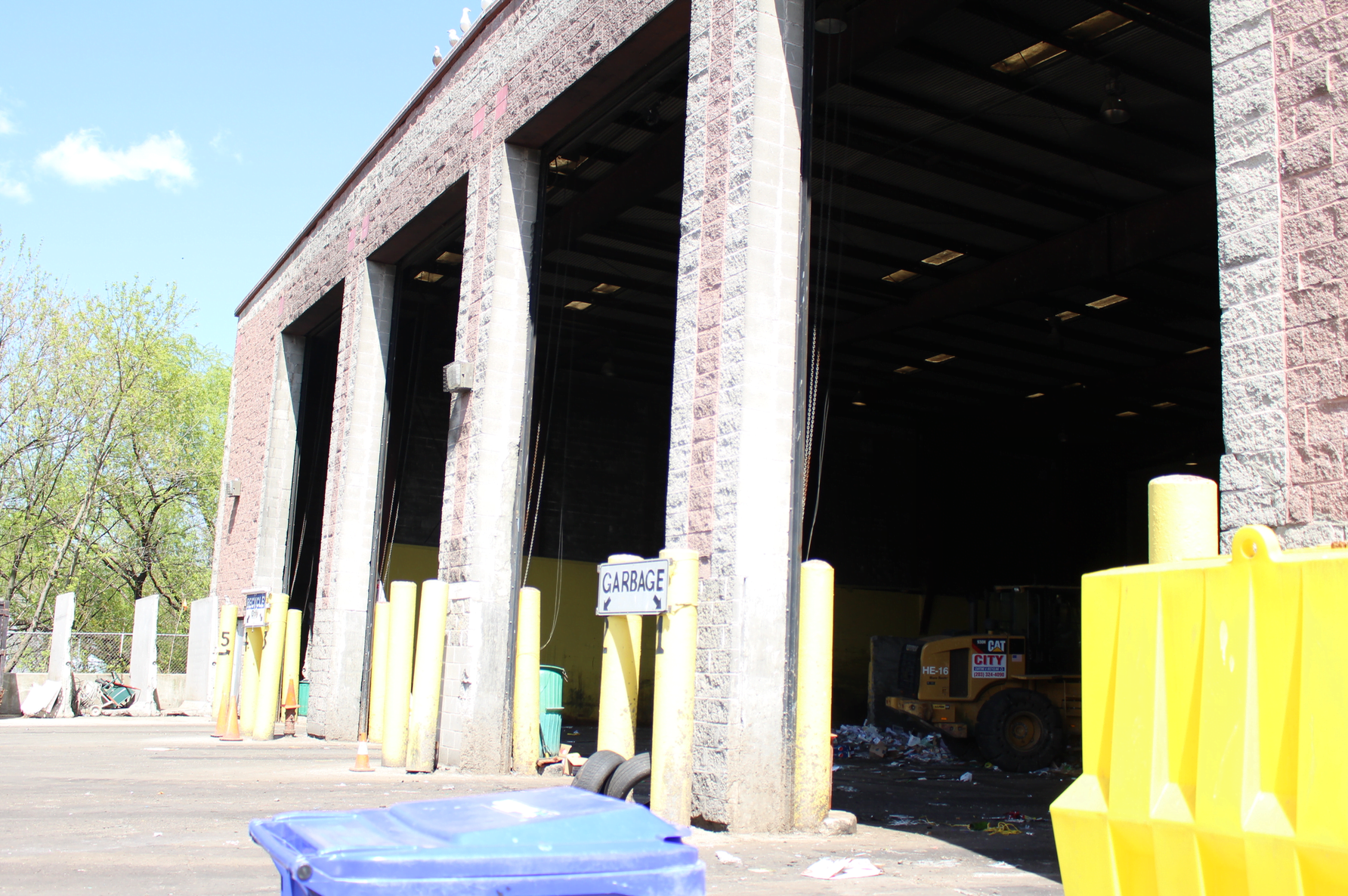 During his Friday morning radio show on WGCH 1490AM recently, First Selectman Peter Tesei received a call from a resident who said he had had been at his doctor in Stamford and followed a Greenwich-based hauler from there to the dump in Greenwich.

The caller said he happened to pull out from a parking space in Stamford the same time as a garbage truck, and followed his GPS to CVS in Chickahominy, the same route the garbage truck followed.

“As fate would have it, the GPS took both of us to Atlantic St in Stamford and to I95,” the caller said. “Lo and behold this truck went down I95, got off at exit 3 and I followed him, he went right to the town dump. He’s bringing garbage from Stamford to our dump because we have no tipping fee.”

“We’re the only town that doesn’t have a tipping fee,” said the caller who was not identified on air.

New Canaan, Stamford and Darien do have tipping fees. Westport has tipping fees only for commercial establishments, not residents.

The caller said that a few years ago a column in a Greenwich newspaper  featured complaints about garbage from other towns winding up at Holly Hill. He said since then the Town has cut open bags of garbage to check for signs they are from out of town, and to levy fines on haulers.

Tesei, who has since announced he will not run for a 7th term, said the idea of charging tipping fees is up for discussion, and is a potential revenue source that also might address any compliance issue for haulers.

“Some people have professed they feel it is another tax for them because they already pay for waste removal through their taxes,” Tesei said. “But I am open to that discussion going forward.”

GFP spoke to the hauler spotted in Stamford. He explained that while he is Greenwich-based, his trucks service customers in other towns. But in those instances, his trucks go to the transfer stations in those towns. He also said his trucks have GPS so he can track them and that there are many reasons one of his trucks would be in another town. He said if a truck breaks a hose, the driver might head to a garage in Port Chester or Stamford to get it fixed, for example.

On Monday Patrick Collins, the supervisor of Holly Resource Recovery Facility said it has been years since an out-of-Town truck dumped garbage at the transfer station.

“Any hauling company known to continuously bring in out of town material will not be fined, they will lose the privilege to be licensed to use this facility,” Collins said. “All the hauling companies know that.”

As for tipping fees, Collins said if they were implemented haulers would pass the fee on to residents.

“The hauler would be on the front end of enforcement. He would not want to pay for people who are mixing in recycling in with their trash,” Collins added. “The amount of trash overall might go down, but the cost would be passed onto tax payers who would effectively be taxed twice.”

Collins said currently 40% of all materials that come into Holly Hill go on to be recycled. Since the Town implemented single-stream in 2011, the annual garbage tonnage has been reduced from 55,000 tons to about 35,000 tons. Overall tonnage includes street sweeping, and vac haul debris from catch basins, as well as non burnable refuse that goes into landfills, as well as household trash.

GFP spoke to one of Greenwich’s haulers – there are 23 and they are listed on the Town website – who gave a slightly different perspective.

The hauler who didn’t want to be quoted by name, agreed that if tipping fees were instituted, haulers would pass that fee onto residents. But he suggested the added fee might be a disincentive for residents to separate out single stream recycling.

“If borderline recyclers started getting charged more every month and thinking of it as a dump fee, they might stop washing out their jars and start throwing them out in the garbage,” he said. “I don’t think the added fee would would encourage people to recycle more.”

On Tuesday, State Rep Fred Camillo, who previously ran a hauling operation and founded a recycling company, said he thought the idea of tipping fees is worthy of discussion. He agreed haulers would pass on the trash tipping fees to customers, but that if the portion of trash that gets recycled continues to increase, that the additional fee might be negligible.

But, he said, if it’s as high as an additional $6.00 or$7.00 a month, residents might abandon their hauler and start taking their own trash to the dump. That raises the question of whether the tipping fee would apply to individual residents or just haulers?

“I worry about unintended consequences of tipping fees,” Camillo said. “It’s an important discussion because we want more and more of the waste stream recycled. There are smart, dedicated people who want to work on it, and a lot of haulers are very environmentally conscious.”

Camillo said he thinks Greenwich residents are so passionate about recycling, that with or without tipping fees, the ratio of recycling to trash will continue to increase. He sees the next frontier as food composting.

Toward that end, food composting bins have recently appeared in the student center at Greenwich High School.

“The goal of adding food scraps to the recycling side of the ledger is something we should all start to focus on,” Camillo said. 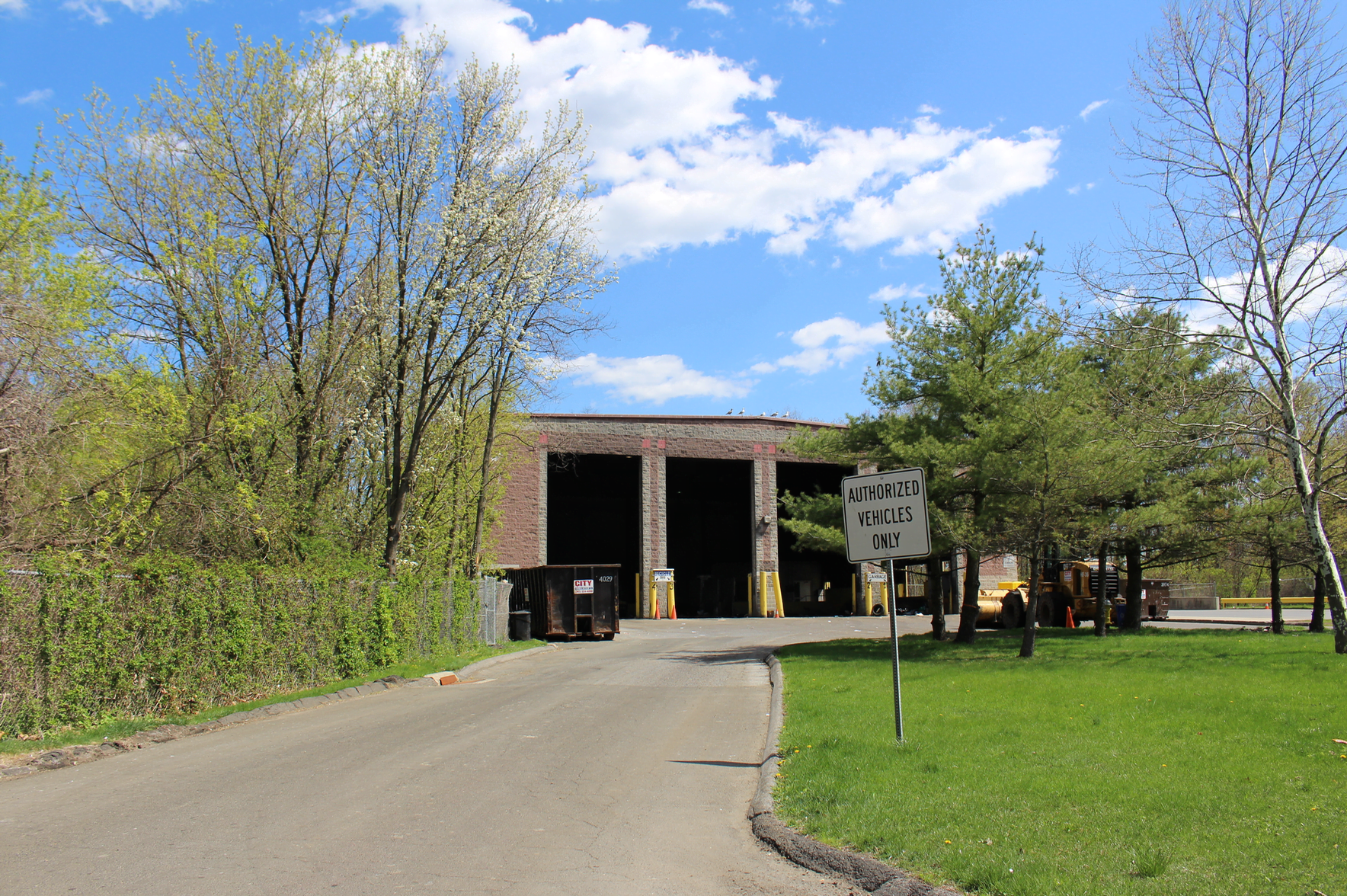 On the subject of enforcement, at Holly Hill Mr. Collins said there are many levels of enforcement at the dump. He said workers open up bags of garbage for spot checks and when resident is found to be putting recycling in with their trash, they are sent nasti-gram informing them of the proper single-stream recycling process.

“There were a dozen of them last Saturday alone,” he said.

But we also check that the trash is originating in Greenwich,” he said. “If it’s just a handful of envelopes, it’s maybe someone from Stamford who brought them to work. But if we several streets, businesses or complexes, we know it’s a problem.”

Collins said he appreciates Greenwich residents’ enthusiasm about recycling. “I love the calls and I love when people stop in and ask questions.”