About 50 girls descended upon Second Congregational Church on Friday afternoon to hear the founder and CEO of Girls Who Code, Reshma Saujani.

Ms. Saujani, who aptly billed her talk “Perfectly Brave,” echoed the themes of her hugely popular TED Talk, Teach Girls Bravery, Not Perfection, which has more than  2.5 million views and sparked a national conversation about raising girls. 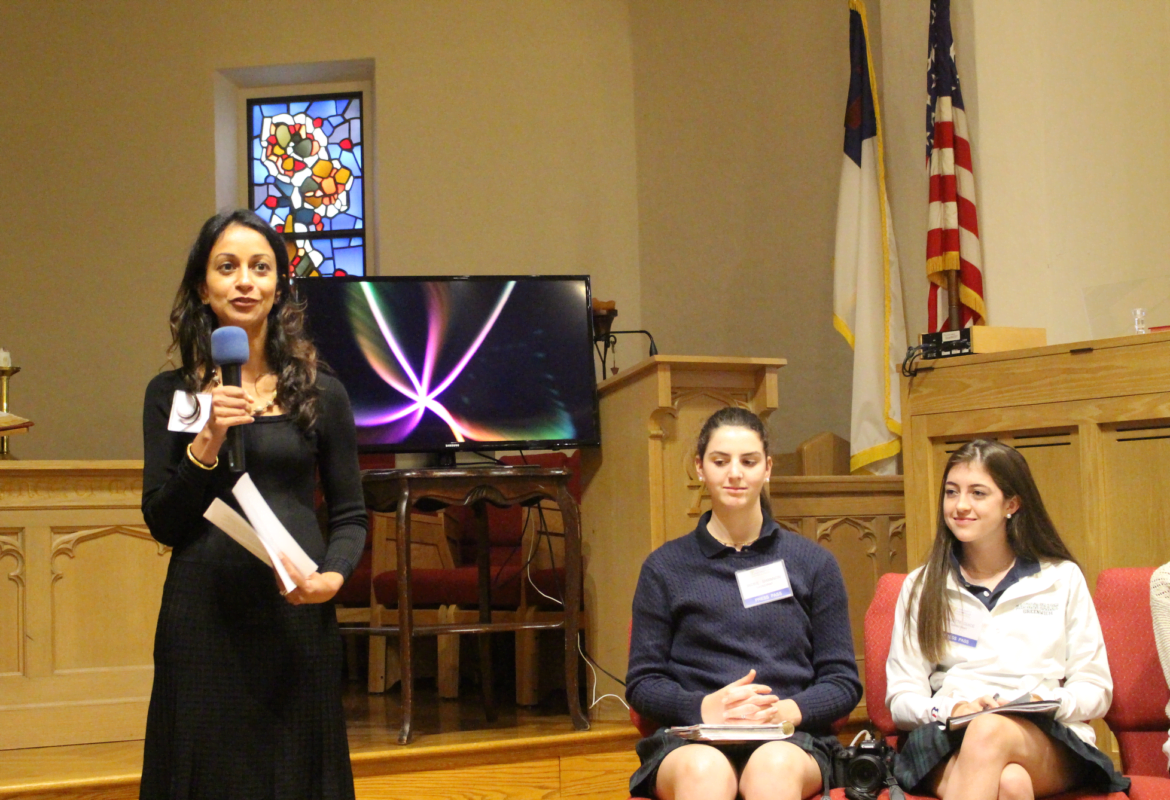 Ms. Saujani was introduced by Greenwich’s Dita Bharvaga, a longtime friend, who along with Alex Bergstein, Deirdre Kamlani and Aya DeSimone founded the Parity Partnership.

Saujani began her career as an attorney and activist. In 2010 she was the first Indian-American to run for US Congress. She described becoming brave herself after getting trounced, earning just 19% of the vote, going broke and becoming humiliated in the process.

Despite the disappointing loss, Saujani took much away from the experience. During the campaign, she visited local schools and witnessed first hand the gender gap in technology. “Where are the girls?” she recalled asking herself.

She pointed out that absence of girls in technology classes, and in the workplace is hard to reconcile with the fact that women are the majority on college campuses and majority of the labor force.

And so, from an experience that resulted in failure, was born the idea for what would become a hugely successful national non-profit. Girls Who Code offers free summer programs and high school clubs where girls explore coding in a friendly atmosphere. The ultimate goal, Saujani explained, is to close the gender gap in technology. 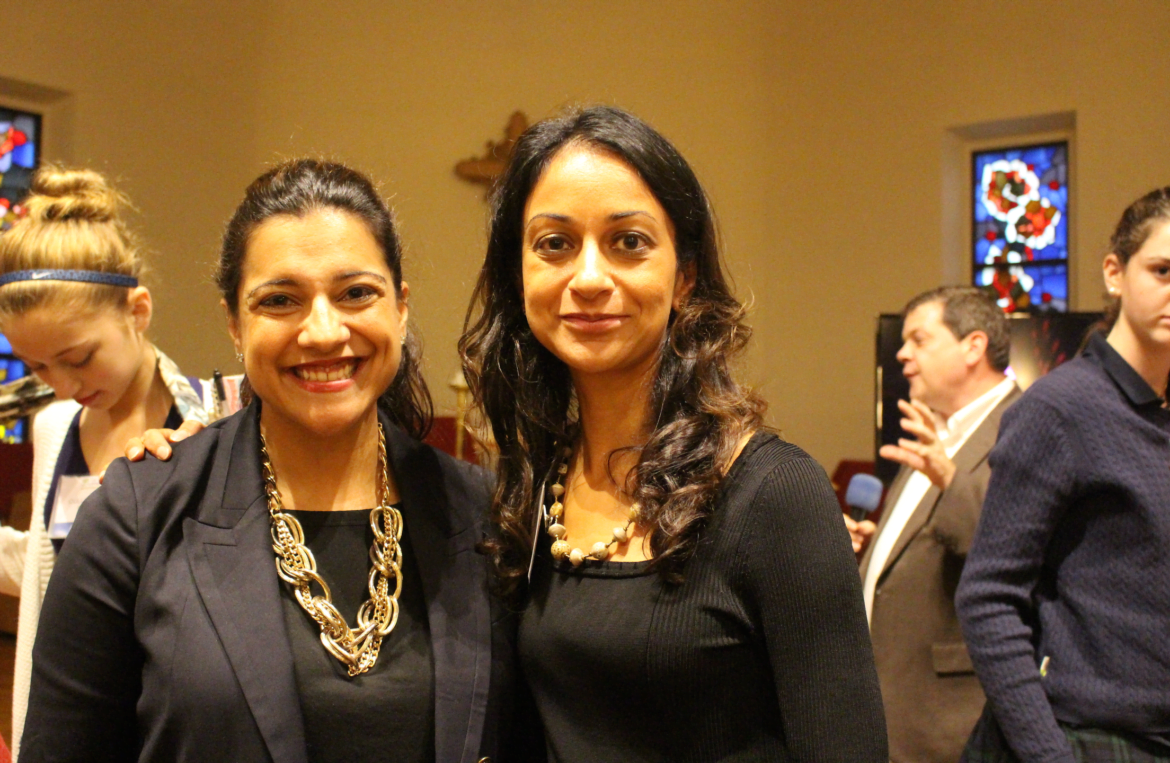 There’s still not enough women in the field of STEM, Saujani said to the crowd of about 100 enthusiastic girls from Greenwich High School, Greenwich Academy, Stanwich School, Whitby School, Convent of the Sacred Heart and Greenwich Country Day School.

The girls nodded knowingly when Saujani described the reluctance of girls to “put themselves out there when there is a high probability that you won’t succeed.”

“There are haters. There are people who don’t want you to succeed. How many of you have talked yourself out of an idea?” Saujani asked, to a round of more affirmative nods. Using the example of the moment in the film “Mean Girls” when Lindsay Lohan pretends to be bad at math to earn the attention of her love interest, Saujani said there is nothing innate making boys better at math. 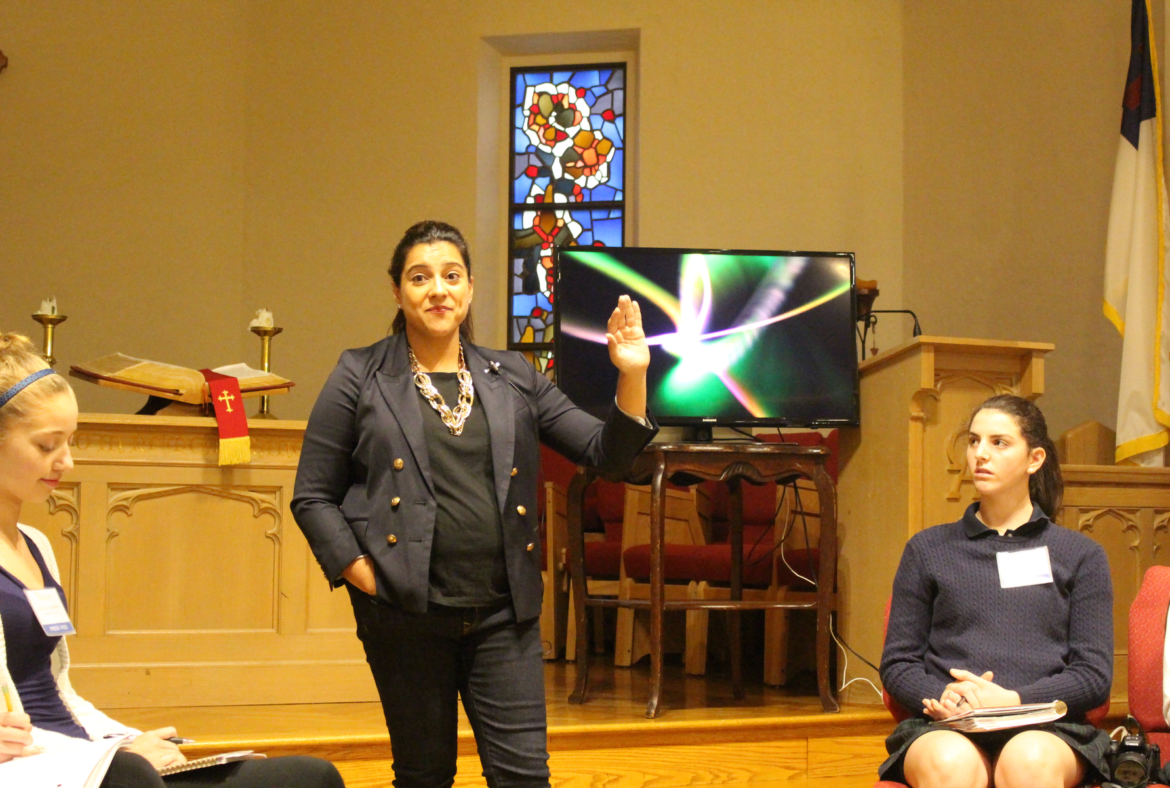 Saujani, the daughter of refugees from Africa, said when she was a teenager she knew she wanted to give back.

Her parents, both engineers, had scrambled to leave Africa after Idi Amin warned that they had 90 days to leave.  She described applying to Yale Law School three times before being accepted, and said she’d been motivated after watching the film “The Accused,” a film about a prosecutor who assists in bringing the perpetrators of a brutal bar room rape to justice.

What is the Image of a Computer Programmer?
Saujani said that in the 1980s, when the personal computer came out, it was targeted as a toy for boys, and there was a subsequent decline of girls majoring in science.

She said that in the 80s the image of a computer programmer was “a boy in a basement, not cool, working alone, but making something interesting that would change the world.”

“All of a sudden your whole generation was turned off,” she said.

Saujani blames American culture, the media, and even parents, for reinforcing stereotypes that harm girls. She said girls are taught to only chase the things they’re good at, when what they really benefit from is learning how take risks and  fail.

“Boys are taught to take a ton of risks. Girls gravitate only toward what they’re very good at.” – Reshma Saujani

Saujani talked about the ideal of perfection. “Girls are taught to be nice, smile pretty and don’t let your dress get too dirty, don’t raise your voice to much,” she said, adding that the result is that girls don’t aspire to take risks.

“If you only chase the things you are great at, you are going to miss out on so  much of life. So be imperfect,” she urged the room full of school girls. 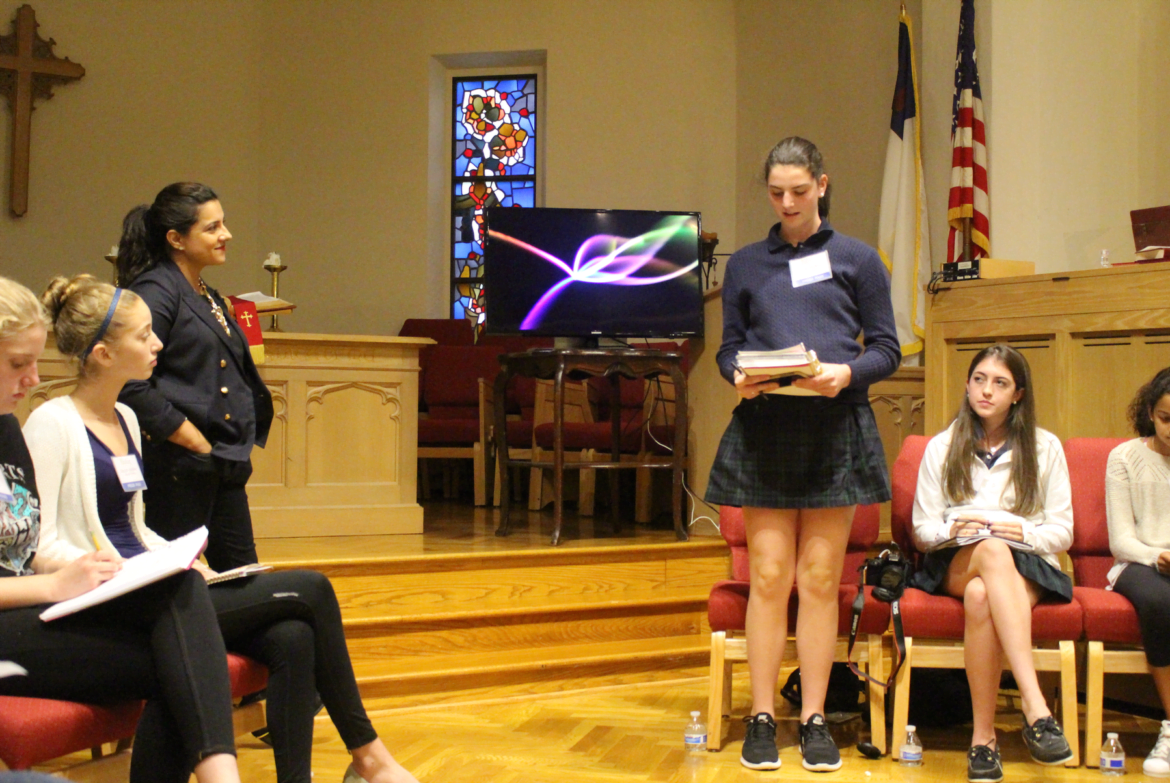 “Failure and rejection are important. Because you’re protected as young women for so long, we let failure break us,” she said. “With boys we want to toughen them up, whereas with girls we want to protect them.”

“From middle school, to high school, to college, girls outperform boys in grades all the time,” she said. “But then, all of a sudden you get into the workplace, where what women are rewarded for historically doesn’t matter any more.”

Saujani urged the girls to work on becoming brave, and to embrace risk-taking and failure. Of the summer coding programs, she said, “The results speak for themselves.  Ninety-five percent of the girls say they intend to declare a major or minor in computer science.”

Girls Who Code has 1,500 clubs, including a few in Greenwich. The organization now reaches 40,000 girls in the US, and will run 78 summer programs in 2017, including 21 programs in New York City. 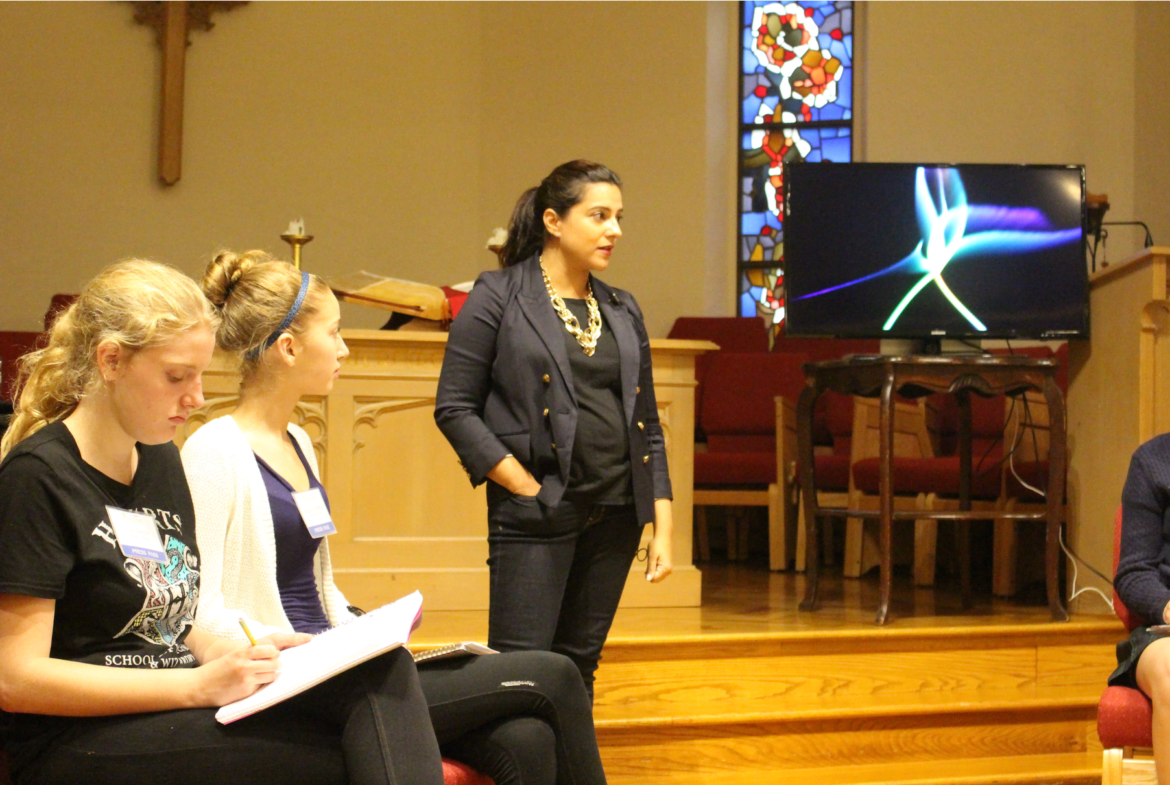