Ten girls sat crowded around computers, busily looking through hundreds of lines of code, designing graphics, and testing out various parts of their app.

It was June 2nd, the day the Girls Who Code Club was releasing their app on the Google Play store. Their app, Under My Wing, is a mobile solution to sexual assault. Its features include a fake phone call, self-defense tutorials, recorded audio, and the ability to call friends or the police.

The Girls Who Code Club entered their app concept in the Verizon App Contest. Their idea won Best in State, then Best in Region, and lastly Best in Nation. They won $10,000 to develop the app and $10,000 for the school, as well as help from an expert in MIT App inventor, an app-creation program.

Their success is all the more impressive considering that most of the girls just started to learn programming. The number of girls who were beginners at programming is why the club’s presidents, Cassandra Marcussen and Michelle Woo, started this club.

“There’s a lack of opportunities for girls to get involved in STEM,” Cassandra said. “At the programming club, there wasn’t really an opportunity for beginners. We wanted to create a safe community of learners for girls to develop their skills.” 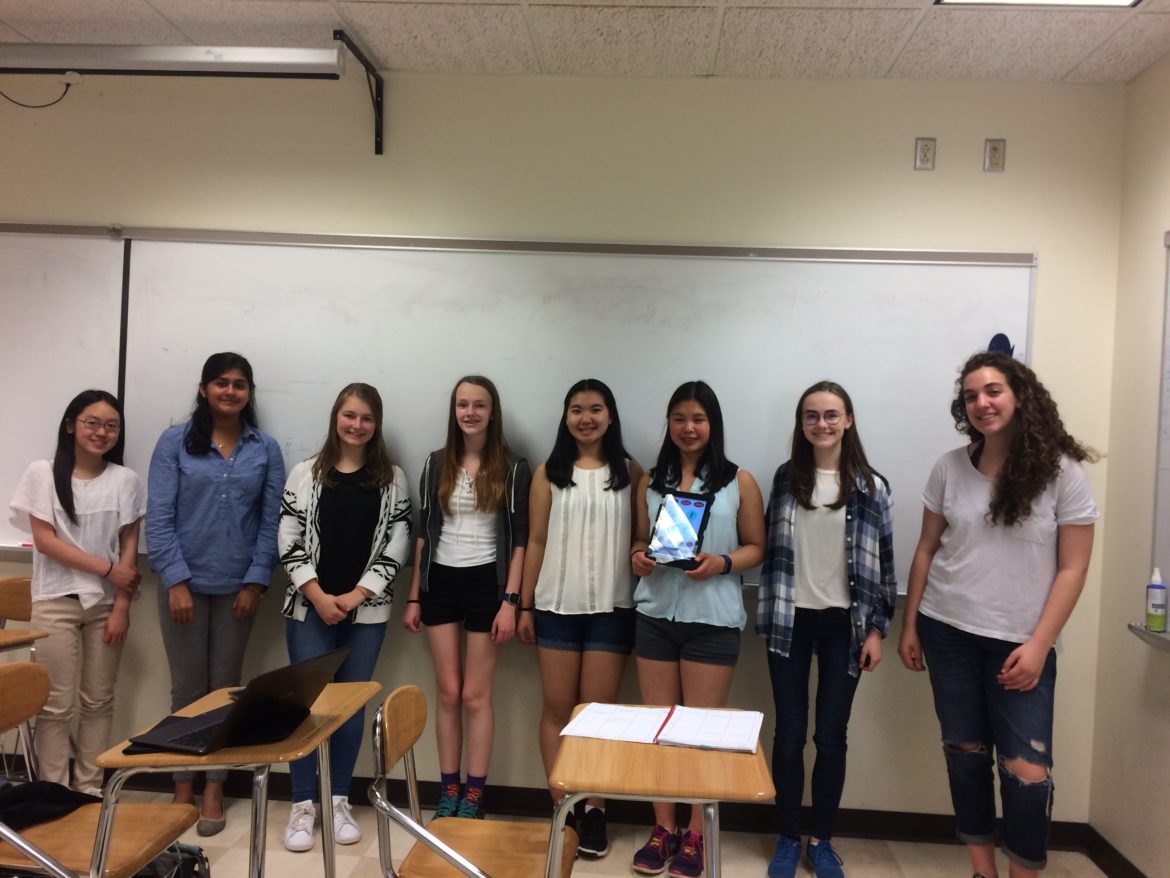 Members of the Girls Who Code Club Credit: Sarah Xu

Their club, advised by math teacher Kristin Wilhelm, has been successful with encouraging girls to pursue STEM. More girls have signed up for computer programming classes, many of them members of the club.

The Verizon App Contest has taught the girls more than programming. “We’ve learned a lot about developing an app and working with a team well,” Julia Marcussen, a member of the club, said.

“There is something in app development for everyone,” Michelle added. “From marketing to screen design to actual coding, I think that creating an app is an experience that everyone should have the chance to take part in.”

Each girl has a specific role in developing the app. Cassandra, for example, is project manager and Michelle is computer programming leader.

“Cassandra, come look at this,” Michelle said, pointing to a widget on the screen that wasn’t in the right place.

“We think the app is working fine and suddenly something pops up,” Cassandra said.

The girls have only had a few months to build their app, which they will present at a conference in Florida later this month. Despite knowing the risks of undertaking such a huge project, they fully dedicated themselves to the app. 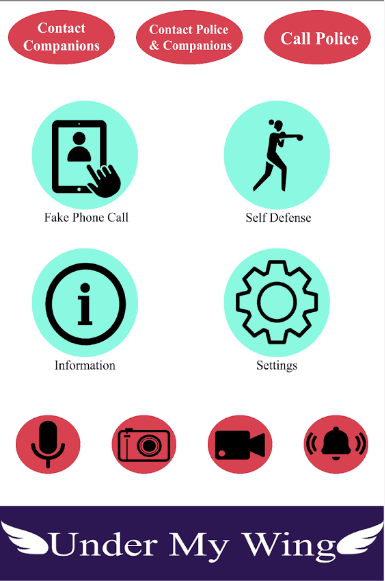 The Girls Who Code app has several features including self defense videos and a fake phone call. Photo courtesy of Michelle Woo

“From the beginning, we were thinking big. We had several ideas for the app and we chose the biggest, most difficult idea—addressing sexual assault. That’s what makes our app notable, “ said Cassandra.

The Girls Who Code club developed this mindset in part because of a talk they attended in October. Reshma Saujani, the founder of Girls Who Code, told the audience that girls should be taught to be brave and take risks.

“After listening to Reshma Saujani’s talk, I was really inspired to try everything and not hold myself back,” Michelle said. “Even knowing the low chances of success, we put everything we had into the app concept because we knew that without trying, there would be no chance of winning.”

In the future, the girls plan to add more self-defense moves, expand the app into IOS, and create a sister app.

“Leading the Girls Who Code Club at GHS has been more rewarding than I could ever put into words,” Cassandra said. “Through creating a working and effective app this year, I hope that our members of all levels of experience see the power that computer programming has to change the world.”

Download Under My Wing on the Google Play Store here.