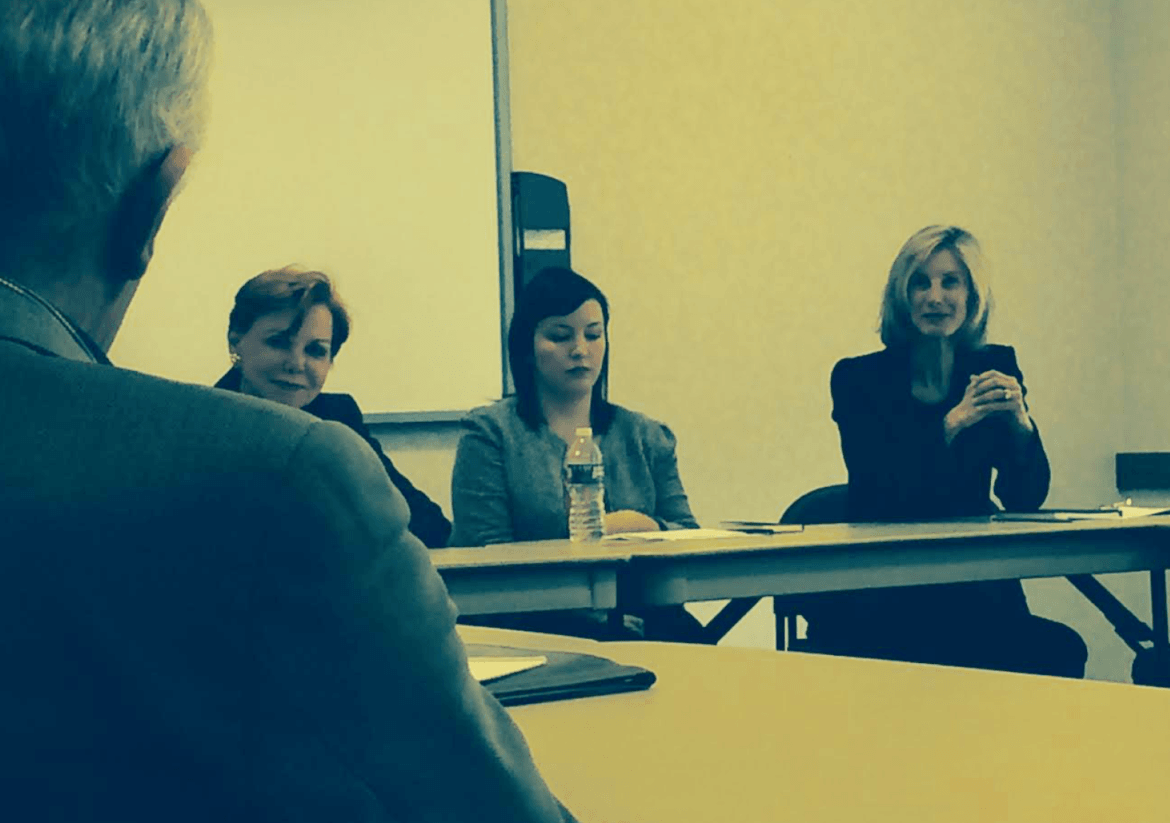 Representatives from public relations firm, the Lou Hammond Group, made a presentation at town Hall on Wednesday to the First Selectman’s Economic Advisory Committee for a possible re-branding campaign.

The campaign would be funded by a combination of town and private funds, and would seek to attract residents and businesses to locate in Greenwich.

The move to “re-brand” Greenwich was initiated within the Economic Advisory Committee and has been championed by First Selectman Peter Tesei.

The idea was triggered by remarks made last September by Barry Sternlicht, chairman and CEO Starwood Capital Group, who declared Greenwich the worst housing market in America. News of his comment went viral.

In a recent interview, committee members Sabine Schoenberg and Jim Aiello alluded to an outmoded a pearls-and-Mercedes image of Greenwich.

They said that image may have once been true, but Greenwich has evolved, becoming a more diverse, cosmopolitan community.

During the presentation, representatives from Lou Hammond Group focused on their social media capabilities and nimble turnaround time during crisis events.

Starting with social media, the Lou Hammond team said that every dollar spent on social media equates to a $4.00 spent on an ad budget, and that analytics for social media provide tremendous detail.

Ms. Lou Hammond, chair and founder of the company that bears her name, described her company as a crisis communication shop.

“We were a leader in crisis management,” she said. “We were trained trained to handle anything in the world and we did. I brought that experience to this company.”

“We have a duty officer backed up 24/7. …Crisis management is all about action now. Not ‘Let’s have a meeting about it and respond on Tuesday.’ I know you’ve had some issues and things have popped up here and there. What you’ve got to do in those circumstances is put out statements. We’ve handled very difficult situations. …Crisis is something we do on a regular basis.”

Rachel McAllister spoke to the agency’s capabilities on social media.

“Nowadays, most crisis communications are happening on social media,” McAllister said. “We have a fully trained staff. …We’re not just publishing content, but thoughtful content. …What we do best is engaging with our audiences. We analyze every  post. Is it hitting every demographic? Is someone engaged with it? Is this content right for Facebook? Is it right for Instagram? And really delving in.  …It’s really about looking back at data and how it’s performing.”

McAllister said her agency monitors clients’ social media 24/7 for issues and to answer questions. “We’re always adjusting in real time, with a hands on approach,” she said.

“In the old days, Friday, at 4:oo pm, if something happened, we’d all be it’ll be okay by Monday,” Hammond said. “Now, Friday is the worst day because everybody is at home on the weekends. Everybody has something to say about a crisis.”

“Media relations is our bread and butter,” McAllister said, adding that since the news cycle is so much shorter, her firm works with top media outlets to secure positive stories.

“They know we have the clients they want, and we can get them the news they need in an efficient and timely manner,” she said about her agency’s relationship to the media. “They come to us often and rely on us for instant information.  It’s about us building relationships.”

“We’re consistently proactive. …We are always available to our clients. We schedule bi-weekly calls. And there is monthly reporting with great detail,” Hammond said.

“You can track everything on the back end. Who engaged? Where they clicked? Where they went? What do they do?  All that goes into the reporting,” McAllister said about social media analytics.

“I hope you see that we provide keys to a lifestyle draw – unmatched destination industry experience,” Hammond said.

“Media know us so well. …We have these relationships – they’re writing a story and say – ‘I’m writing a story. I need this. I need it right now,'” she said. “They don’t need it in a week. They need it now. So I always say, ‘If you don’t have the information, let’s make it up and make it happen.”

“We build relationships that last. We have established brand building experience,” she continued.

Paul Settelmeyer said Greenwich has a diverse and opinionated group. He alerted the team of the town’s Plan of Conservation and Development (POCD).

“It isn’t a vision that necessarily everyone agrees to,” he said. “I wouldn’t want a public relations campaign out of sync with the vision. We’re all partners with this effort.”