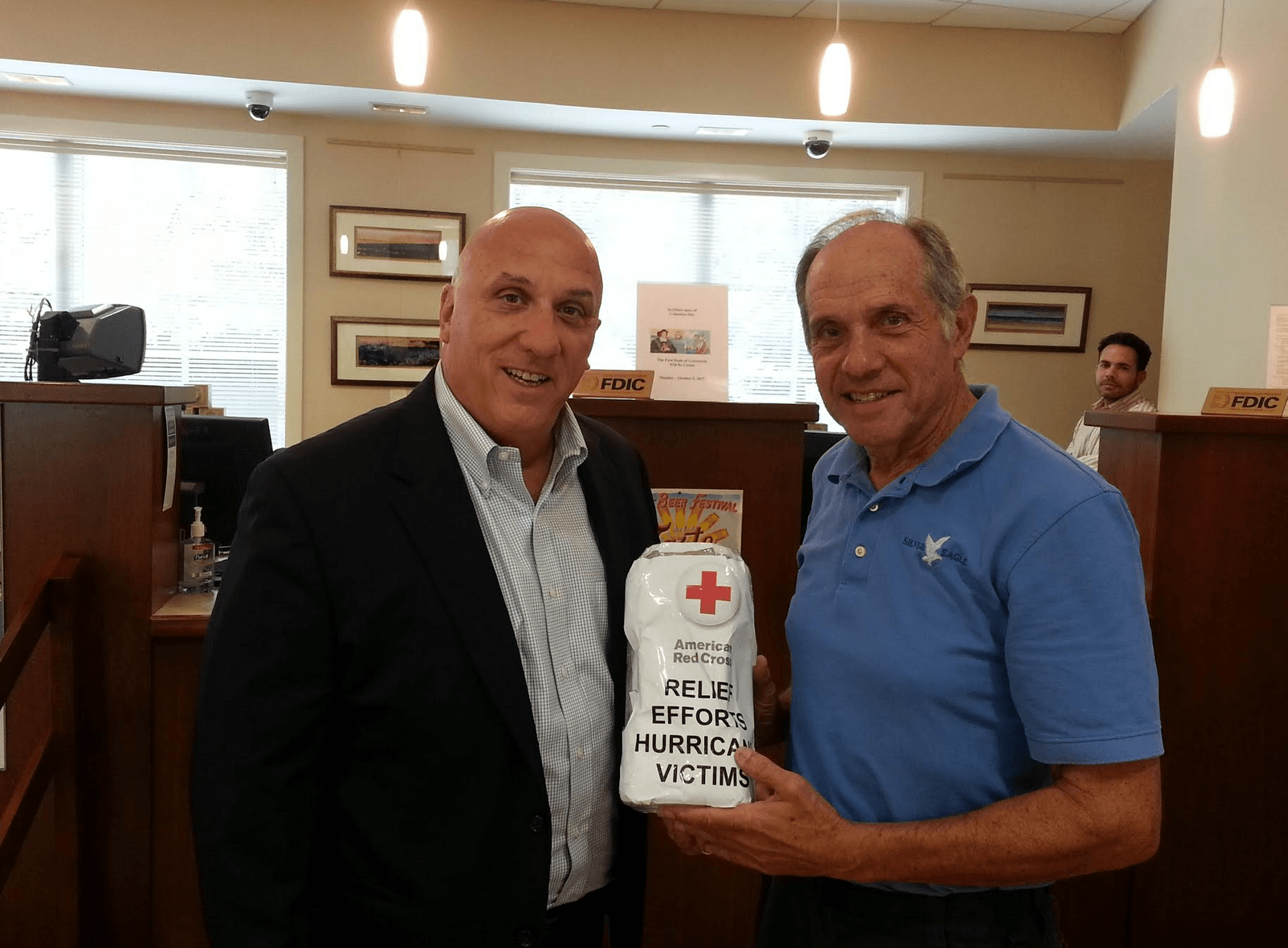 On September 11, the Red Cross held a blood drive at Temple Sholom that exceeded all expectations.

According to Gary Silberberg, who has coordinated the drive for 16 years, the drive had a goal of 113 units of blood, which would far exceed the previous record of 88 units.

The drives, which take place in odd number months from 1:30pm to 6:30pm, are key because blood used in an emergency is already on the shelves before the event occurs.

The Sept 11 blood drive at Temple Sholom coincided with both the anniversary of the Sept 11 terrorist attacks and Hurricane Irma.

“In the end we collected 145 units of blood,” said Silberberg. “We had a record number of staff and appointments, but the response was so overwhelming that we had to turn people away.”

“We have a great location, with plenty of parking and terrific volunteers,” Silberberg said of Temple Sholom. “We are also known for our delicious refreshments, which include brie and legendary deviled eggs.”

“We blasted through our prior record. Also, donors contributed $167, which will go toward hurricane relief,” Silberberg said. “The First Bank of Greenwich contributed an additional $250.

People who want to donate blood in future are encouraged to go to  RedCrossBlood.org to register for the next blood drive, which is set for November 6, 1:30-6:30pm, at Temple Sholom, 300 East Putnam Ave. Anyone age 17+ who weighs at least 110 lbs and is in good general health should consider making an appointment. Go to visit Red Cross donating blood online. Call the Red Cross at (800) 733-2767 with questions.

Before donating blood, the Red Cross suggests donors drink an extra 16 oz. of water or nonalcoholic fluids, avoid fatty foods and get a good night’s sleep before the donation. The Red Cross has a simple list of steps for a successful donation.