Steven Sudell, a 14 year old boy with brain cancer who just graduated from Western Middle School, has been going through proton beam and radiation as well as chemotherapy.

His family has seen him keep a positive attitude and inspire others he interacts with since he was diagnosed in April 2017.

In March 2018 more tumors were found in his brain as well as some that spread down into his neck and spine.

Unfortunately it was discovered that he is terminal.

From this point on, Steven is home on hospice and his family is doing their best to make the time he has left as happy and comfortable as they can.

Steven’s interests include being a big Cincinnati Bengals fan and watching the Food Network, specifically The Pioneer Woman.

Recently he was able to have FaceTime conversations with Andy Dalton, Quarterback of the Bengals and Ree Drummond, The Pioneer Woman. 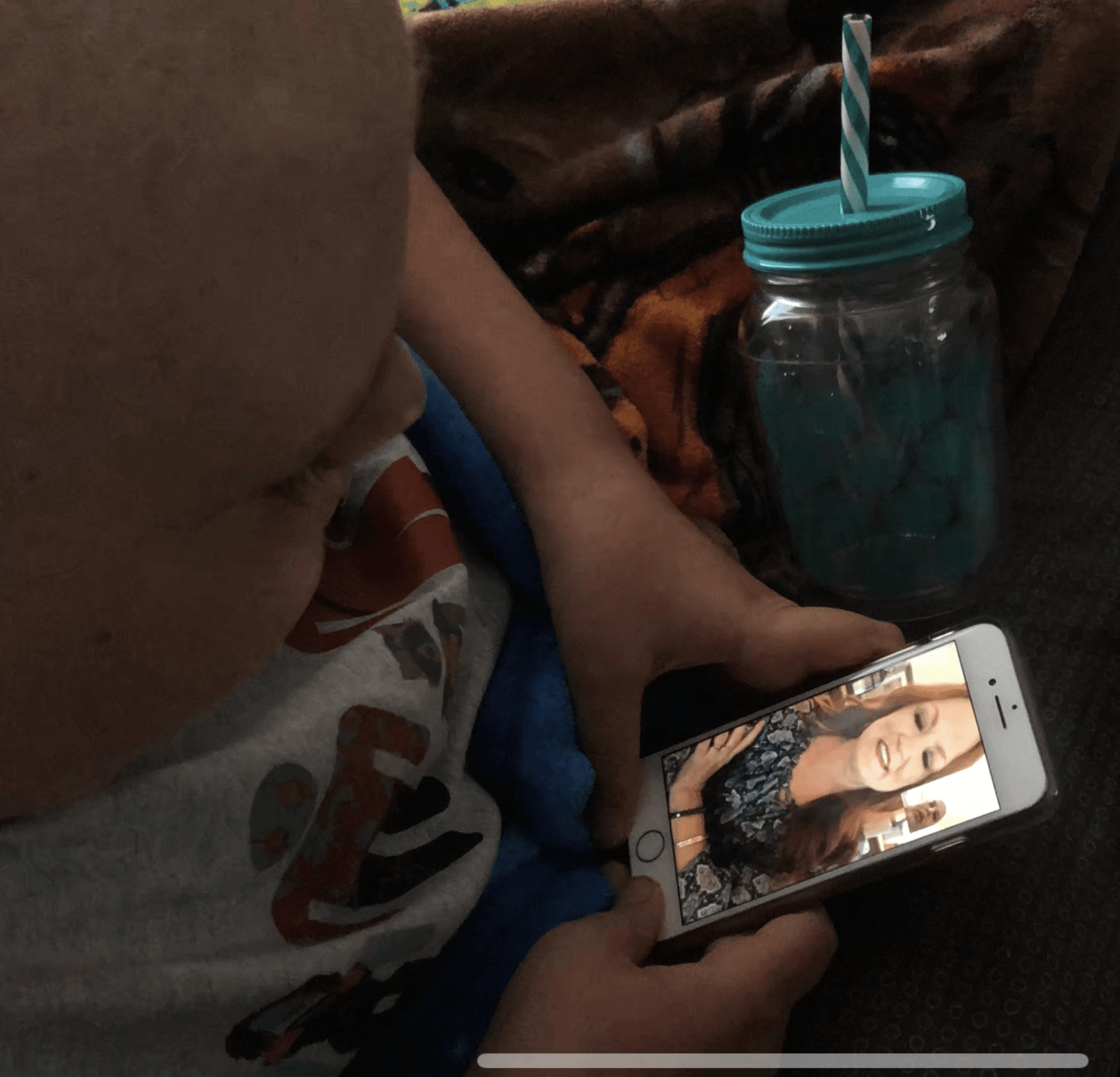 Steven is also an old soul.  He is a big fan of the Guardians of the Galaxy movies and the soundtracks, which include many of his favorite songs from the 70s and 80s. 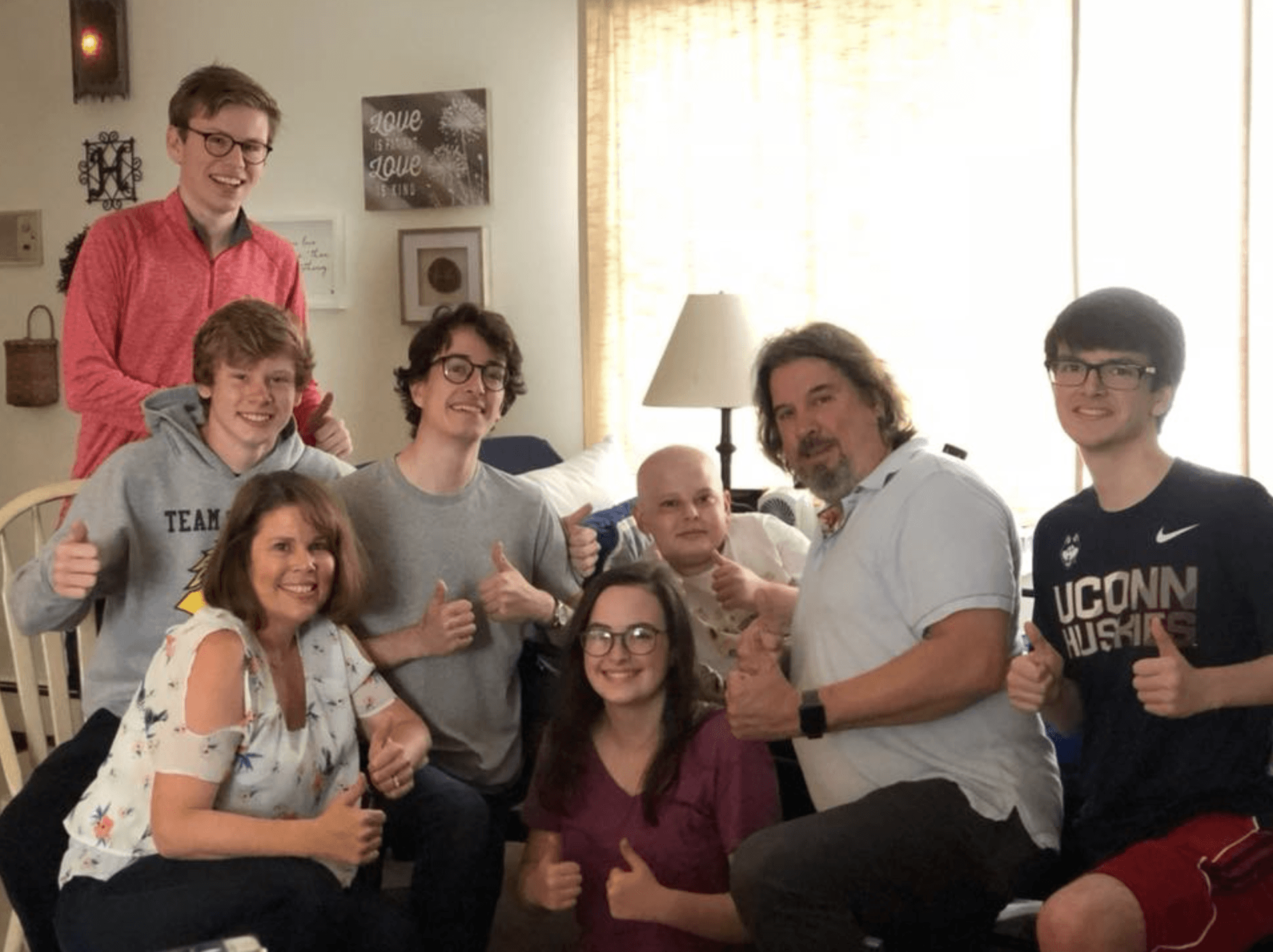 He recently got two of his masks that are used for treatment painted by his uncle Justin Bologna to look like Star-Lord and Nebula from the movies as well. 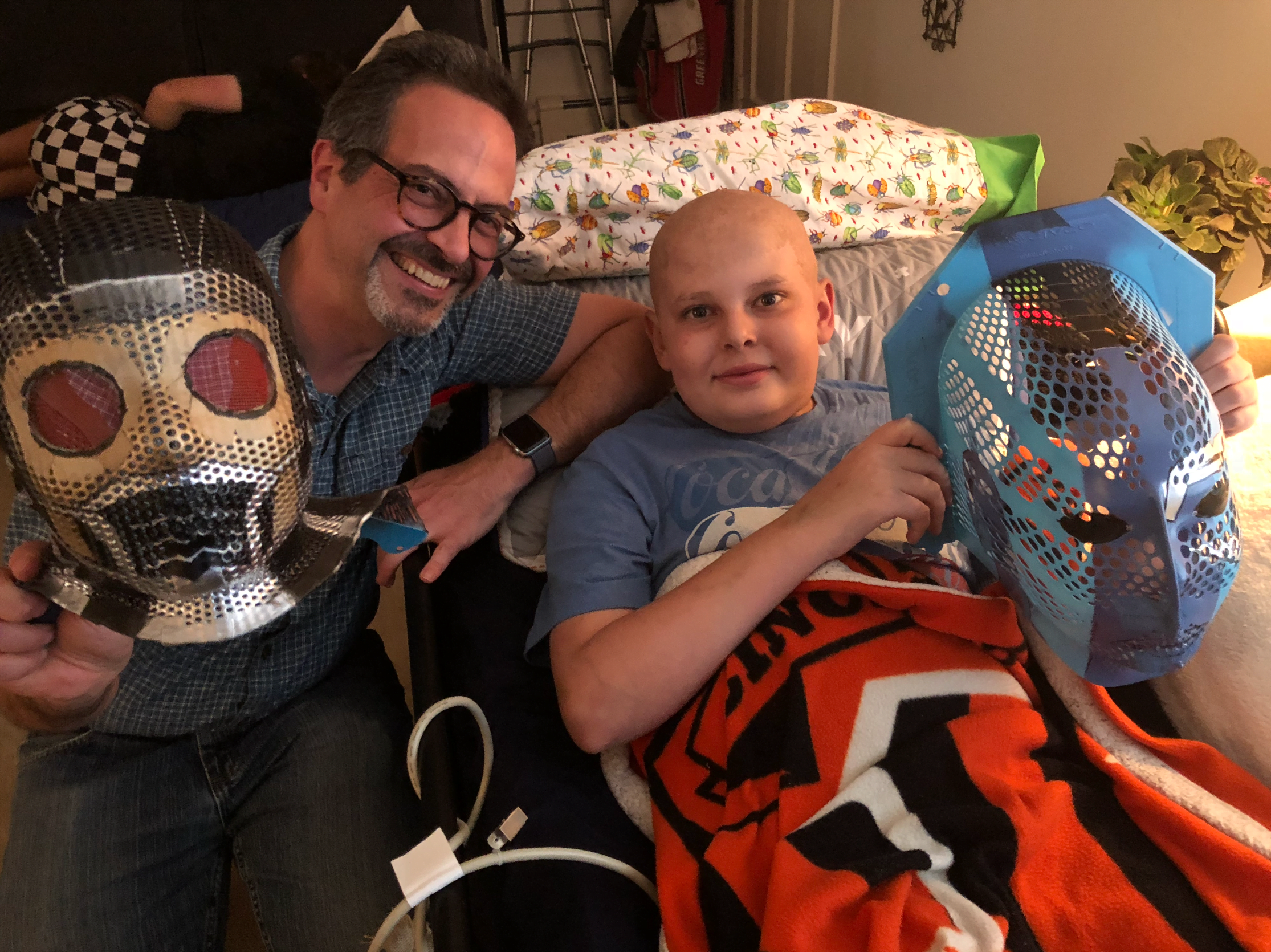 While staying at Yale New Haven Hospital, Steven and his family liked to go to their healing garden as often as possible.  There they saw the Smilow Rocks from The Kindness Rocks Project, with inspiring phrases painted on them to encourage patients.

Since getting home Steven and his family have started painting their own rocks and visiting Cos Cob Park, which Steven calls his big healing garden.  Others have also joined in bringing painted rocks and planting them in Cos Cob Park. 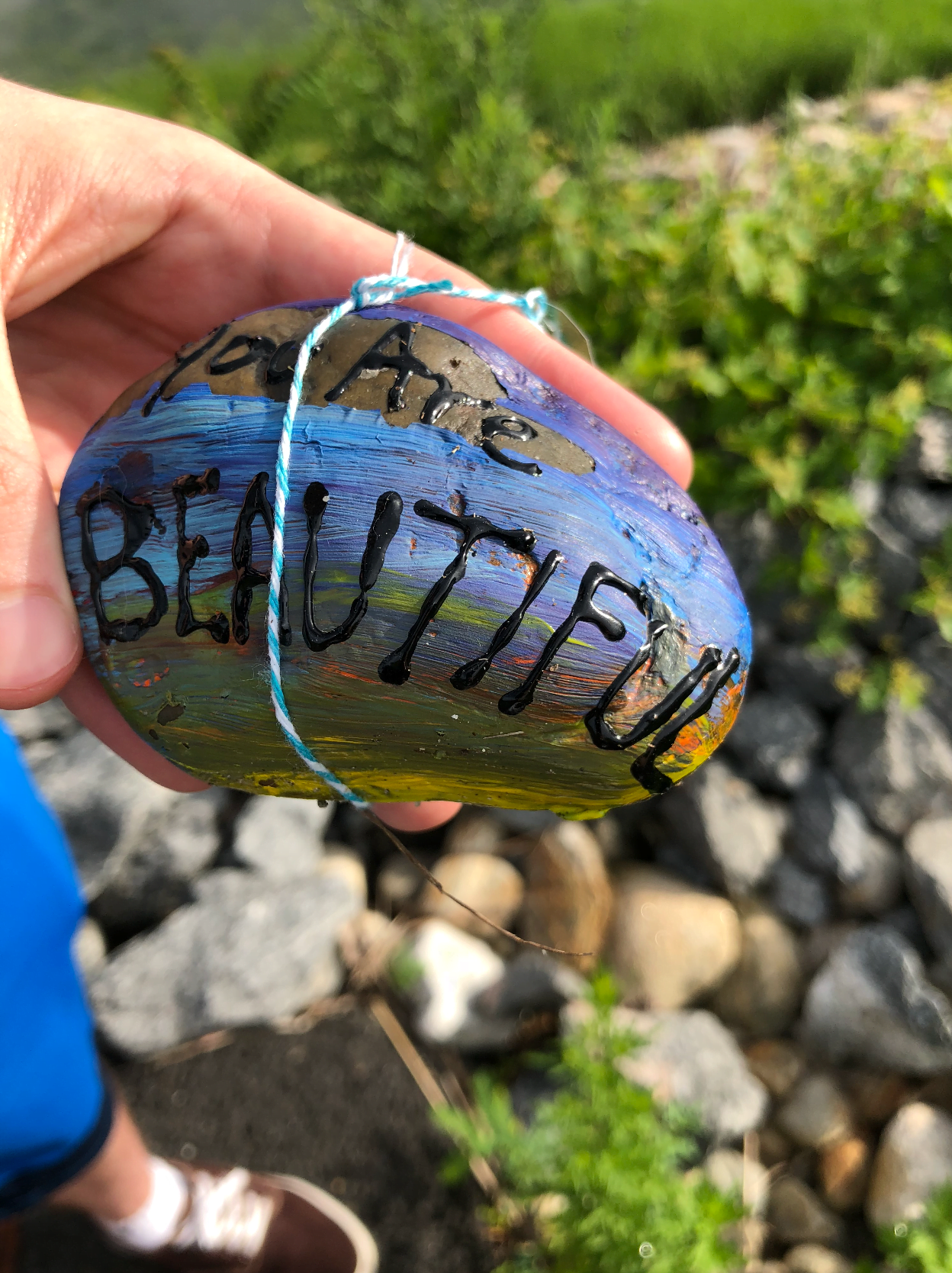 Others are encouraged to join in, make thei own painted rocks, and plant them anywhere in the world while taking a picture and using the #teamsudell tag and posting to social media.

Many have posted from not only around the country, but around the world in countries like Japan and Australia.

These posts can be seen on the Facebook page, “203Tkrp an Affiliate of The Kindness Rocks Project” as well as 203Tkrp on Instagram.

The Greenwich High School football team also created rocks signed by the entire team and placed them in Cos Cob Park.

If rocks are seen when visiting Cos Cob Park it is people are encouraged to take a picture and use #teamsudell on social media. 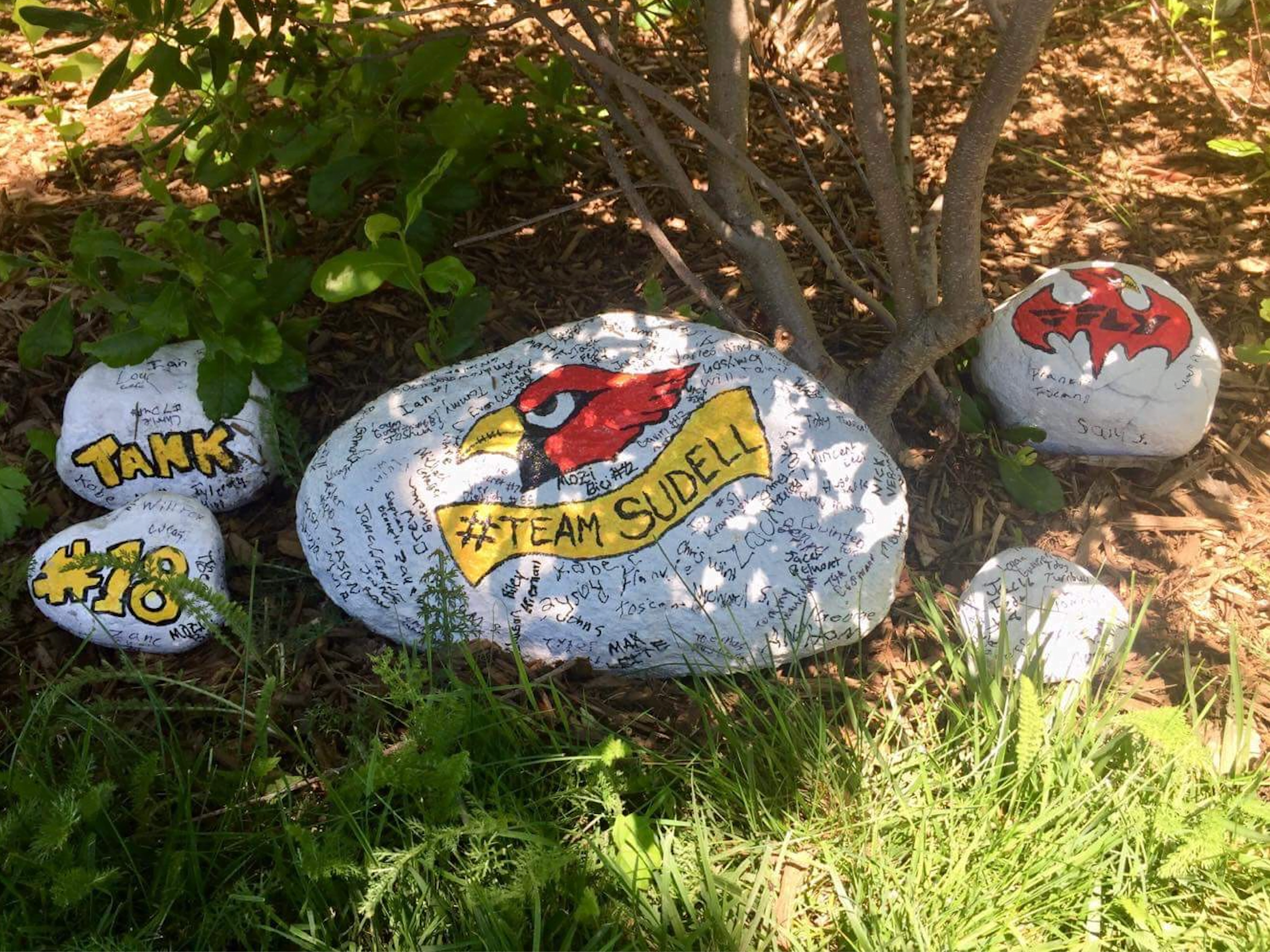 Steven and his family have launched a sock campaign through Resilience Gives.

The socks were designed by Steven and his cousin Robin Bologna.  The goal is to sell 667 pairs of socks which would raise $5,000 for Sunshine Kids, a foundation for childhood cancer patients that Steven has personally benefited from.

Anyone buying these socks is encouraged to share them and Steven’s story as well as take pictures and post them with the #teamsudell tag.

The link to buy socks can be found at Warier Weev.

The Sudell family is thankful for the support they have gotten and still get over the past year or so.  The goal is to not only support Steven but anyone else battling cancer or illness.