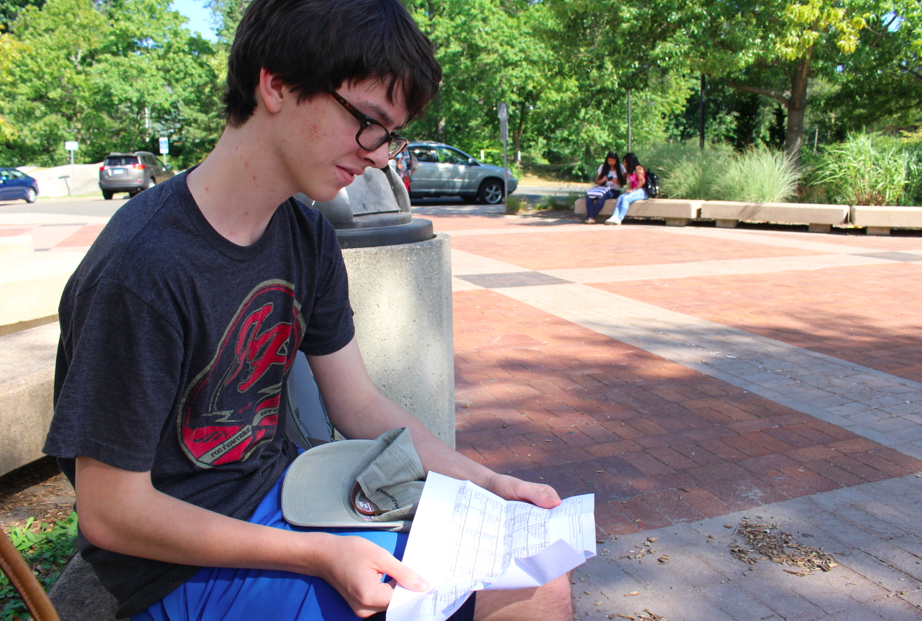 Ryan Bologna was an early contributor to Greenwich Free Press, writing during his freshman year at GHS about a variety of interests and events. In May, Ryan, who is a fan of basketball, football and hockey, wrote about his hopes for New York Rangers.

In April he wrote about his trip with the GHS band to Cuba which he described as “an experience that I will remember forever” and observing that people in Havana were happy despite having less than people in Greenwich.

This summer we visited Ryan at CMS at Mr. Yoon’s legendary music camp, where we spotted him on the stage playing the drums before a Friday informal recital for parents and friends. Ryan, who got hooked on the camp back in 3rd grade and has returned every summer for 7 years, said that camp volunteers need to complete their freshman year of high school.

Each summer Ryan enjoys catching up with friends he doesn’t see during the school year. He said it was also a nice way to meet people from other middle schools before starting GHS. 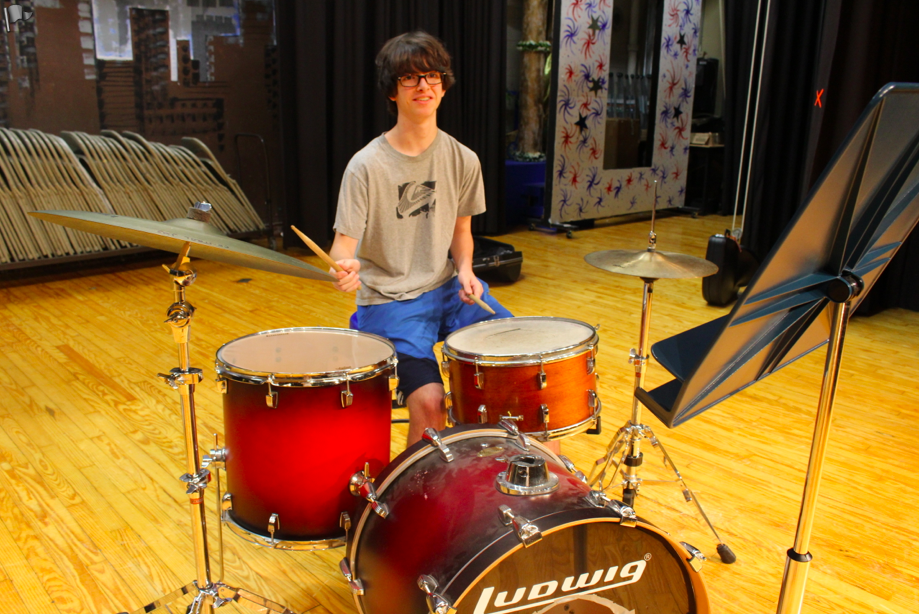 Recently, after school at GHS, we learned a bit more about this dedicated musician who honed his craft over the summer as well as fitting in his volunteer hours at Greenwich Hospital.

Ryan, who has a brother, Owen who is a sophomore at UConn in Storrs and a sister, Robin, who is in 7th grade at CMS, lights up when he talks about music, especially the drums. He recalled discovering his love of all things percussion in 3rd grade when his parents gave him a set of drums.

“For Christmas I got a drum kit and it was pretty cheap, from Toys R Us, but it was just to see if I liked it and then my parents got me a real drum set,” Ryan said. “In 4th grade I started actual percussion and xylophone and snare drum,” he said.

These days Ryan is able to pursue his specialized interest year round, both during the day and outside school hours at GHS, as well as during the summer with Mr. Yoon. The first week of school Ryan shared his 1st quarter schedule, which features the school’s ever-popular Electronic Music class which he also took last year with Barbara Friedman. He is also in the school band and one morning a week the percussion ensemble meets at 6:30am before school.

Then there’s the Jazz Lab band which meets at night one time a week and the jazz ensemble which meets two times a week, also at night.

This summer, when Ryan wasn’t at band camp at CMS or performing in one of the Friday informal recitals there, he was volunteering at Greenwich Hospital, which he highly recommends both for its variety and as a way to finish 40 volunteer hours in two weeks. He said volunteers have their choice of a morning shift from 9-12:30pm or an afternoon shift from 12:30pm to 4:00pm. Some of the tasks at the hospital included escorting patients throughout the building in wheelchairs or on stretchers, and working in the pharmacy, where he said dry medications are sent through the building in a tube system.

“People in the volunteer office were nice. They tell you where they want you to go, so you don’t know til you get there,” he said, adding that he was often paired with senior volunteers who know their way around.

With the school year off to a good start, Ryan said he is looking forward to the Class of ’17 field trip to Chelsea Piers, continuing Italian classes, and following his favorite professional sports teams. And watch for Ryan’s contributions on Greenwich Free Press.

Five Keys for the Rangers to Pull a Miracle Comeback

78th Year of the Summer Music and Art Program