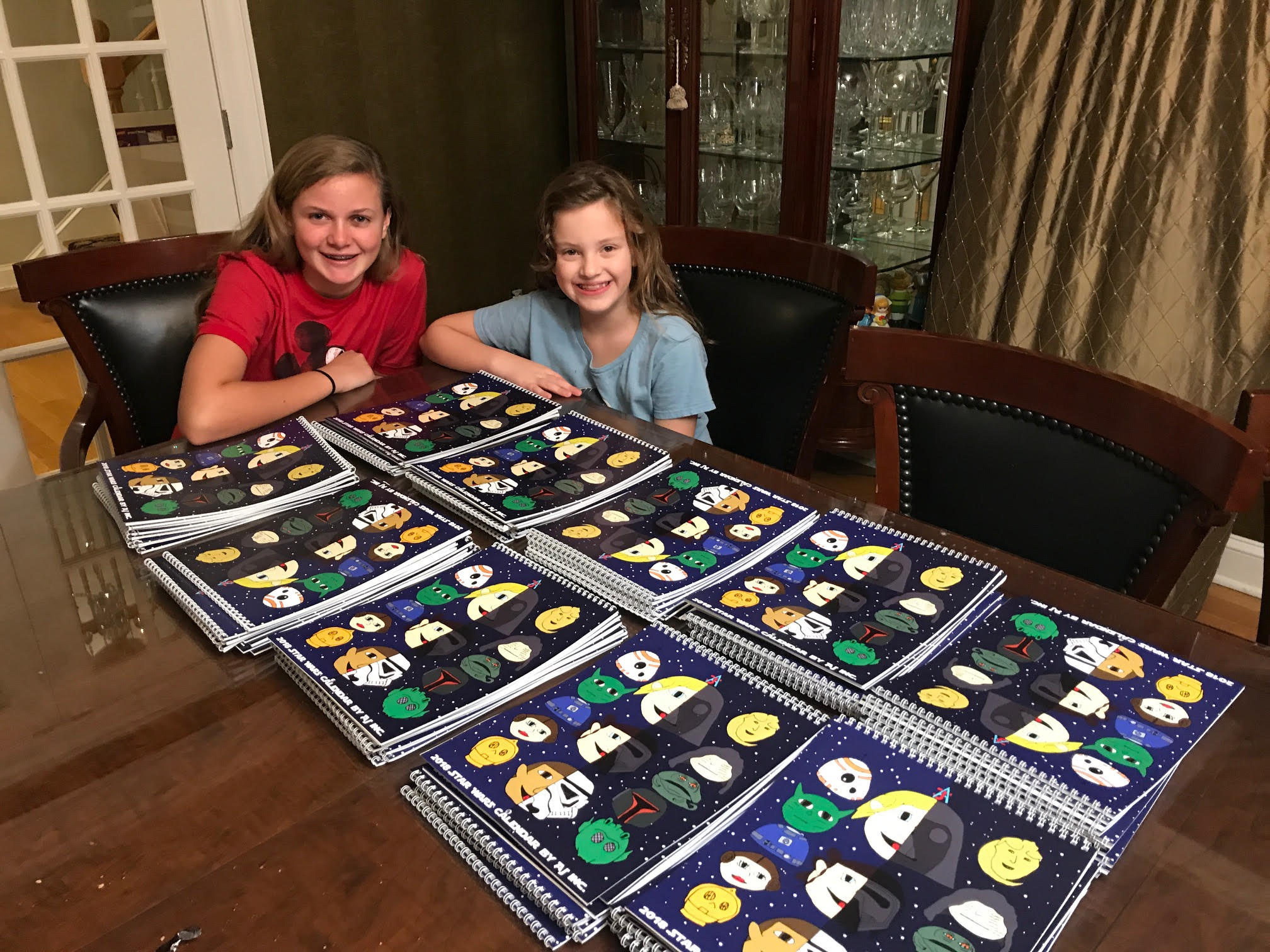 Greenwich cartooning publishers, AJ inc., are hosting their first fundraiser entitled “Cartoons for a Cause: Abilis Edition,” to raise money for the community at Abilis.

The calendar sell for $15 and are sponsored by the Zarrilli family.

To promote the sale of the calendar, a competition will be held to see which founding member of AJ inc. can sell 50 calendars first.

The calendar features new comic drawings and original interpretations of characters from the Star Wars Universe.

The calendar was created in response to Connecticut Governor Malloy’s announcement of the budget cuts for special needs students.  As a result, Abilis was required to reduce the number of days that the program would run.

The people affected by the budget cut from DDS (Department of Developmental Services) received a letter in August of 2017 announcing the effects of the cuts.

“After getting that letter, it motivated us to work harder, get our calendar done, and accomplish our goal!” said Angela, 13, who added,  “Our project now has more meaning, and more purpose.”

In addition to the Zarrilli family and The Abilis Foundation, other supporters include Minuteman Press of Greenwich, Kerry Gavin and Gordon Beinstein of Western Middle School, and Marc D’Amico and Kerri Levine of Glenville School.

According to Levine, leader of the Community Service Council at Glenville, “Angie and Jackie will have an opportunity at the next town meeting to introduce the calendar to students and staff.”

Levine said that the calendar would be advertised throughout the schools, highlighted in the PTA’s weekly newsletter, and sold at Glenville’s winter concert on December 18.

The spiral-bound vertical calendar features a different Star Wars drawing for each month such as The Night Before Starsmas, The Force of July, and Starsgiving: The Turkey Wars.

Jackie added, “Although it might be hard to make a calendar and sell it, we thought of the famous Star Wars quote by Yoda: ‘Do or do not… there is no try!’”

For more information regarding the “Cartoons for a Cause: Abilis Edition,” fundraiser, email the founders of AJ Inc. at [email protected], or visit their website Ajincdesigns.weebly.com.