PE Teacher Deirdre Burke had the idea to teach students to knit hats for a fundraiser back in November, but the response took her off guard.

The hats and keychains are being snapped up faster than the nimble fingers can ply the circular looms.

Kids are happily staying after school and recess in “the knitting nook,” and teachers report they look forward to knitting as a way to relax at the end of the day.

Sam’s zest for life have made him a role model for students and staff alike. 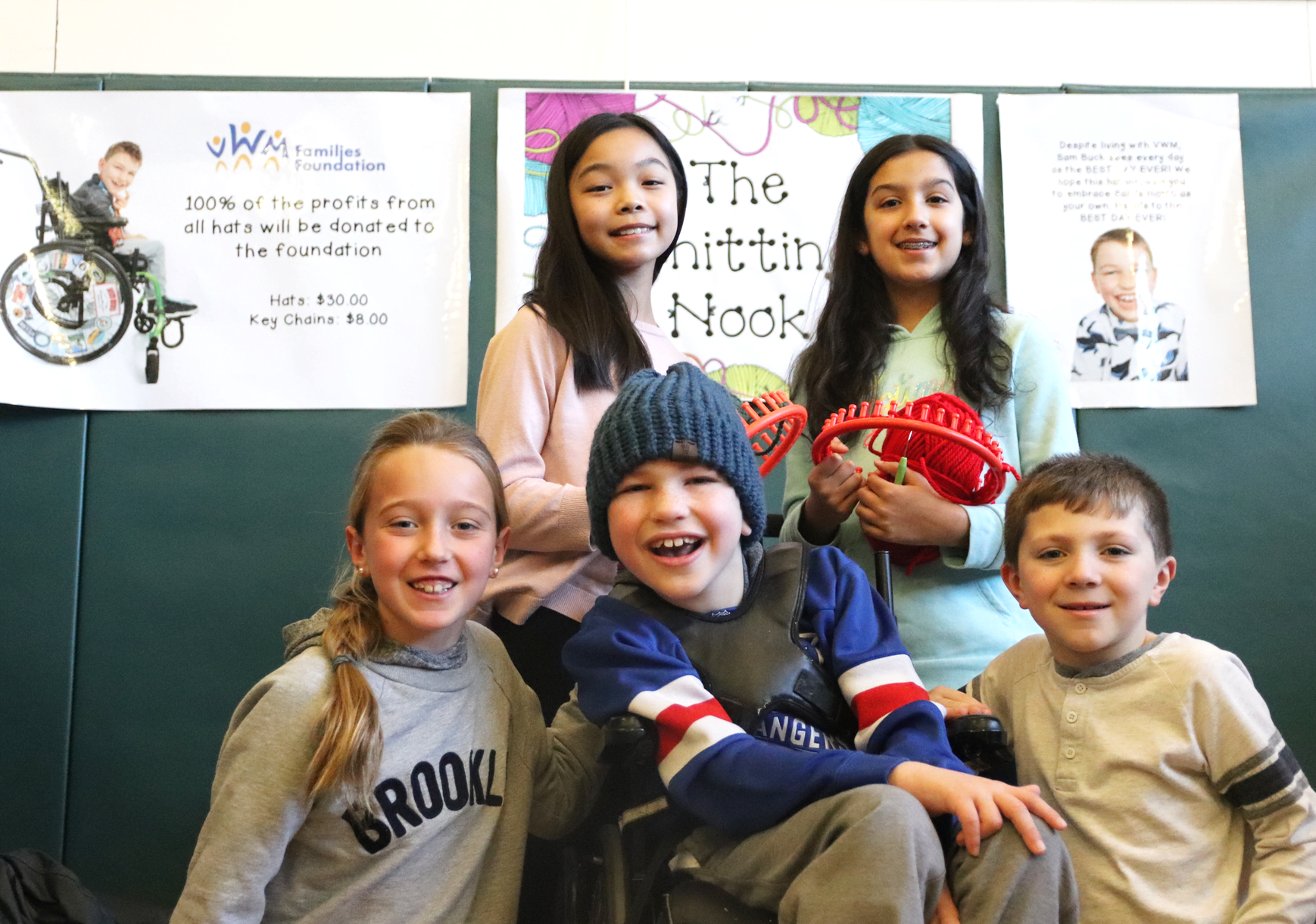 “The whole idea is that Greenwich is a very affluent town and we constantly do fundraisers for monetary donations,” Ms Burke said. “I wanted the kids to learn the value of donating their time, energy and effort, which is a valuable a lesson.”

The materials required to for the knitted hats are simple. A circular loom and a metal pick, plus yarn, which have all been generously donated by the school’s PTA to make sure all children are able to participate in the project.

Each hat is unique and comes with a tag that says, “Best Day Ever.”

Sam’s mom Allyson Buck explained how the project got started. 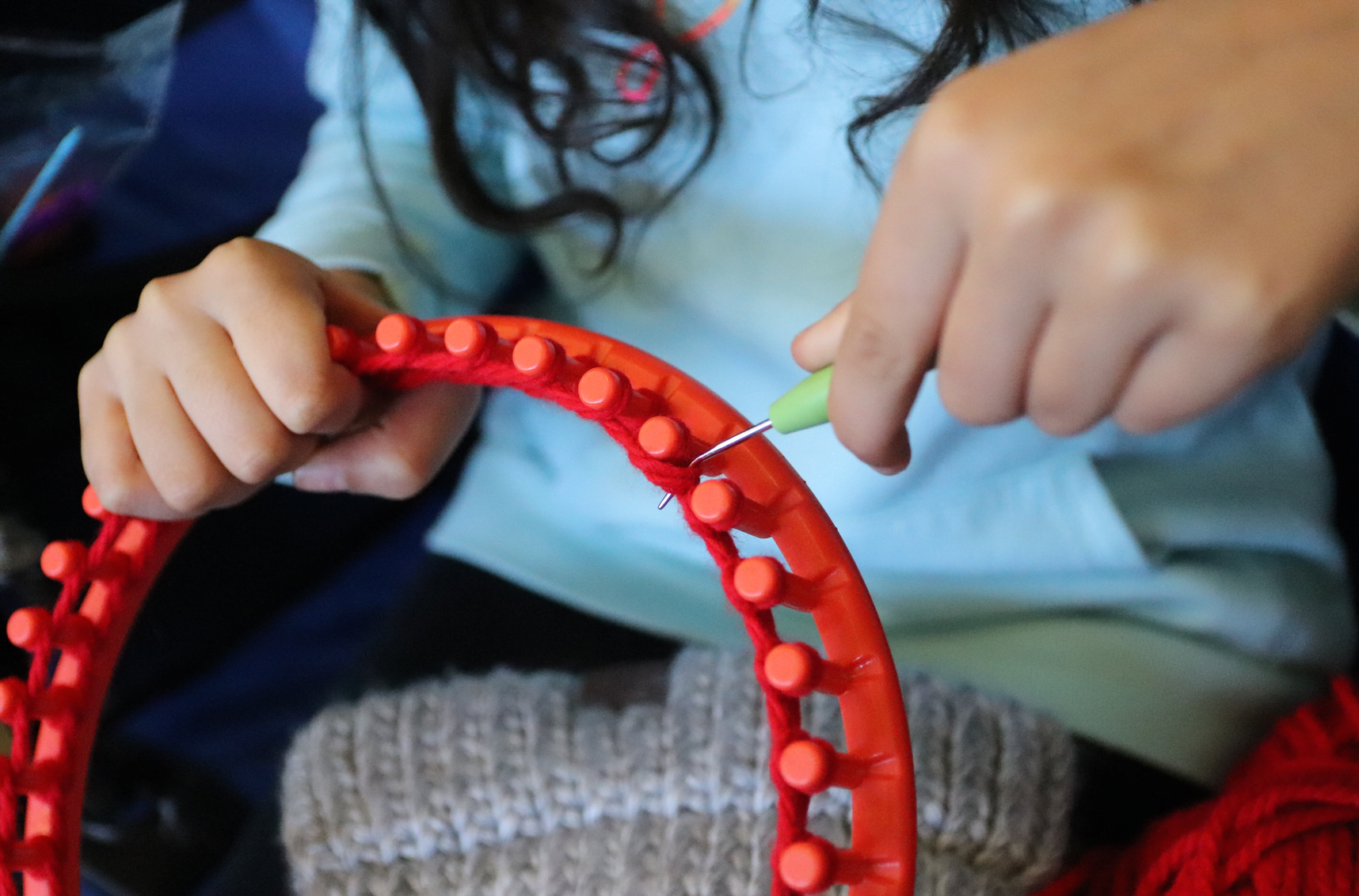 “She taught a bunch of moms to knit,” she said of Ms. Burke. “Our oldest, Imogen, an 8th grader at Western Middle School, also learned to knit.”

“It blew up a lot faster than she had anticipated,” Allyson continued, adding that it’s not just girls getting busy knitting. Boys are knitting, as is her husband Nick.

“The student community service council, who are nine fifth graders, got involved,” Cooke said. “We taught them, and then they taught others.”

“It love that it’s a project where kids are helping kids,” Ms Burke said.

The hats are $30 each and the key chains are $8.00 each. They have been selling during Math STEM nights and are now available to purchase online at the bestdayeverhats.myshopify.

Since the effort began around Christmas time, $7,000 has been raised for the foundation.

What’s next? On Feb 29, from 12:00 to 4:00pm, there will be a “Best Day Ever” hat pop up shop at VW Contemporary at 353 Greenwich Ave, where the Riverside Elementary School student a cappella group will perform. 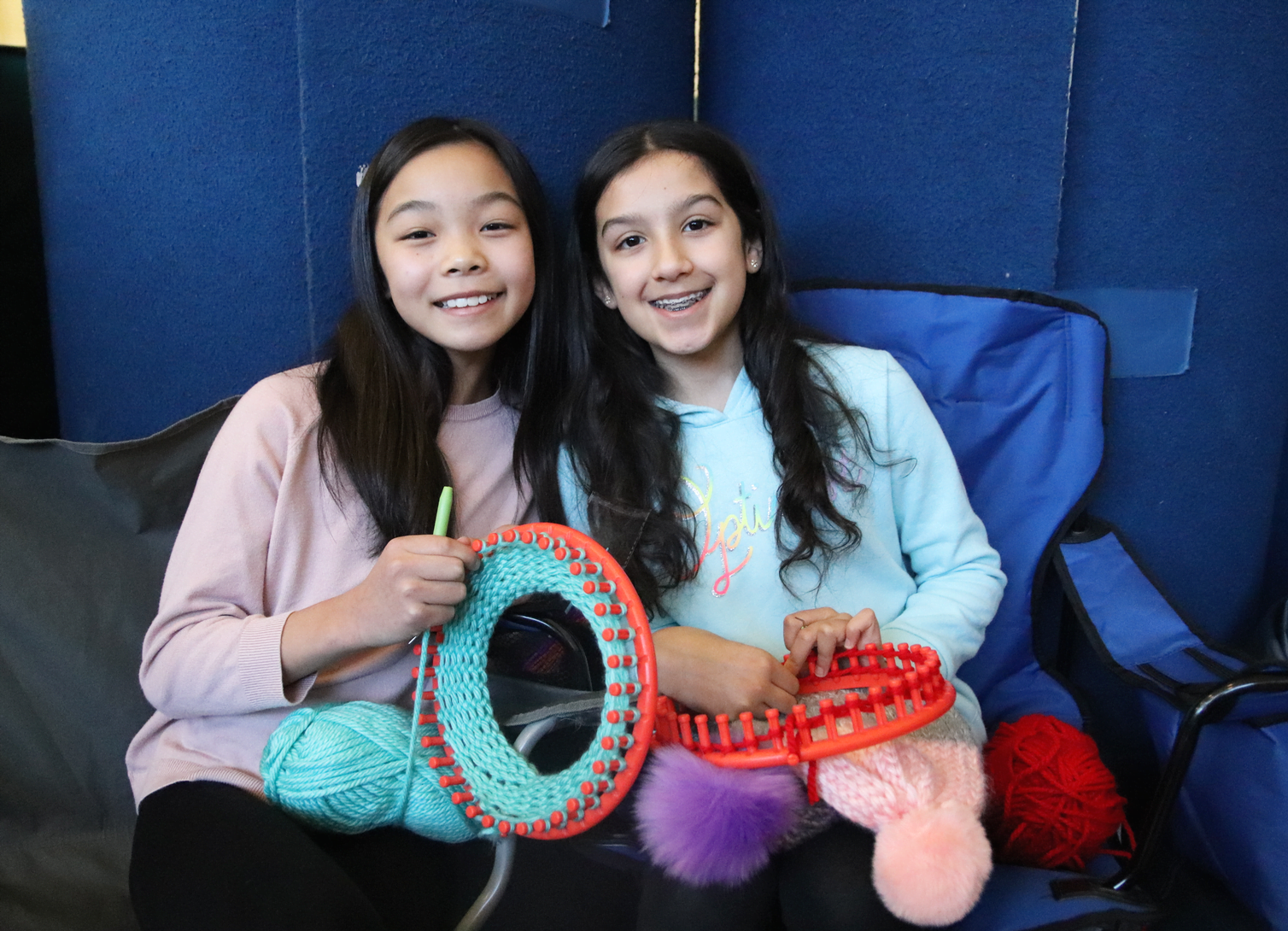 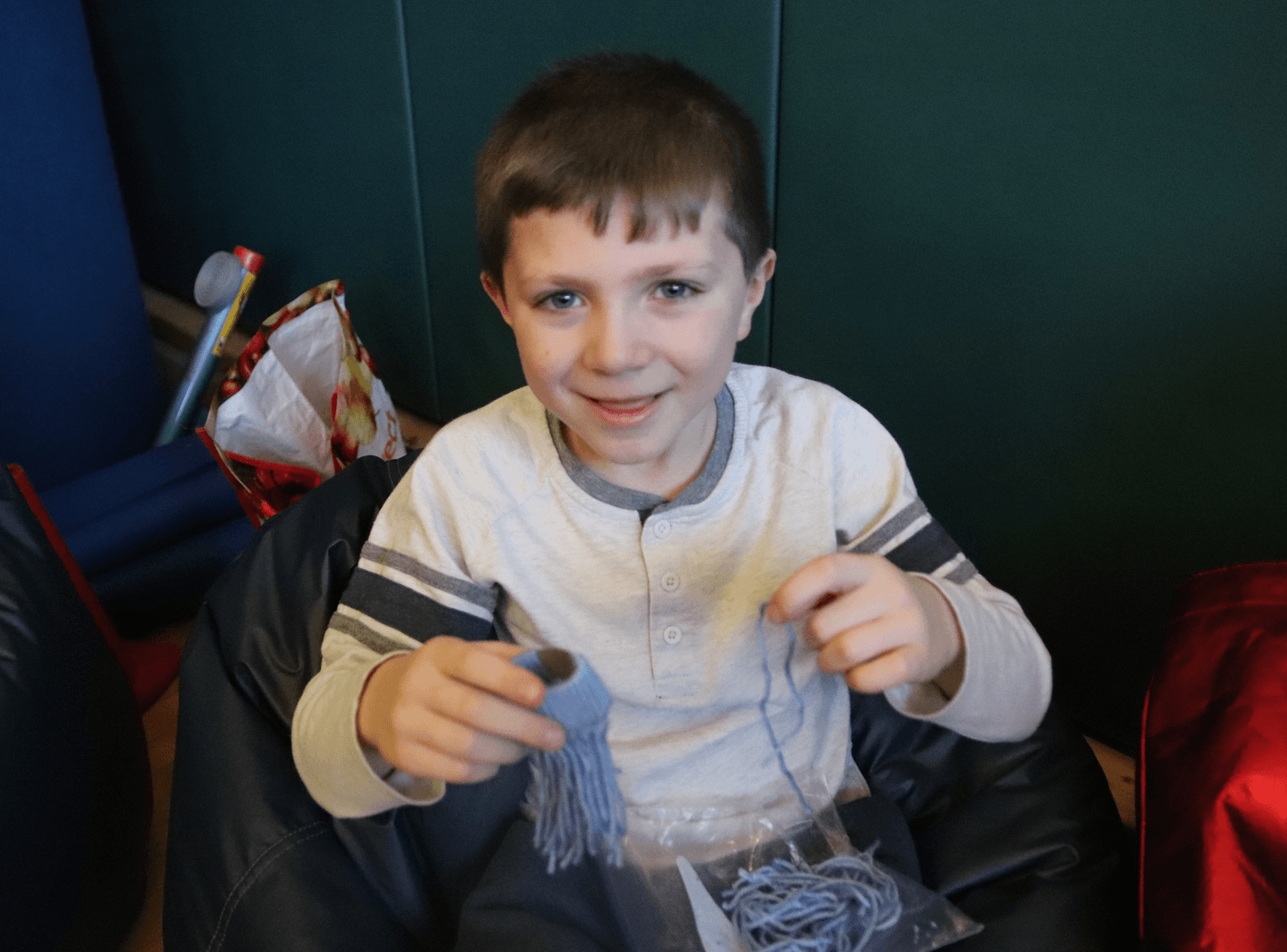 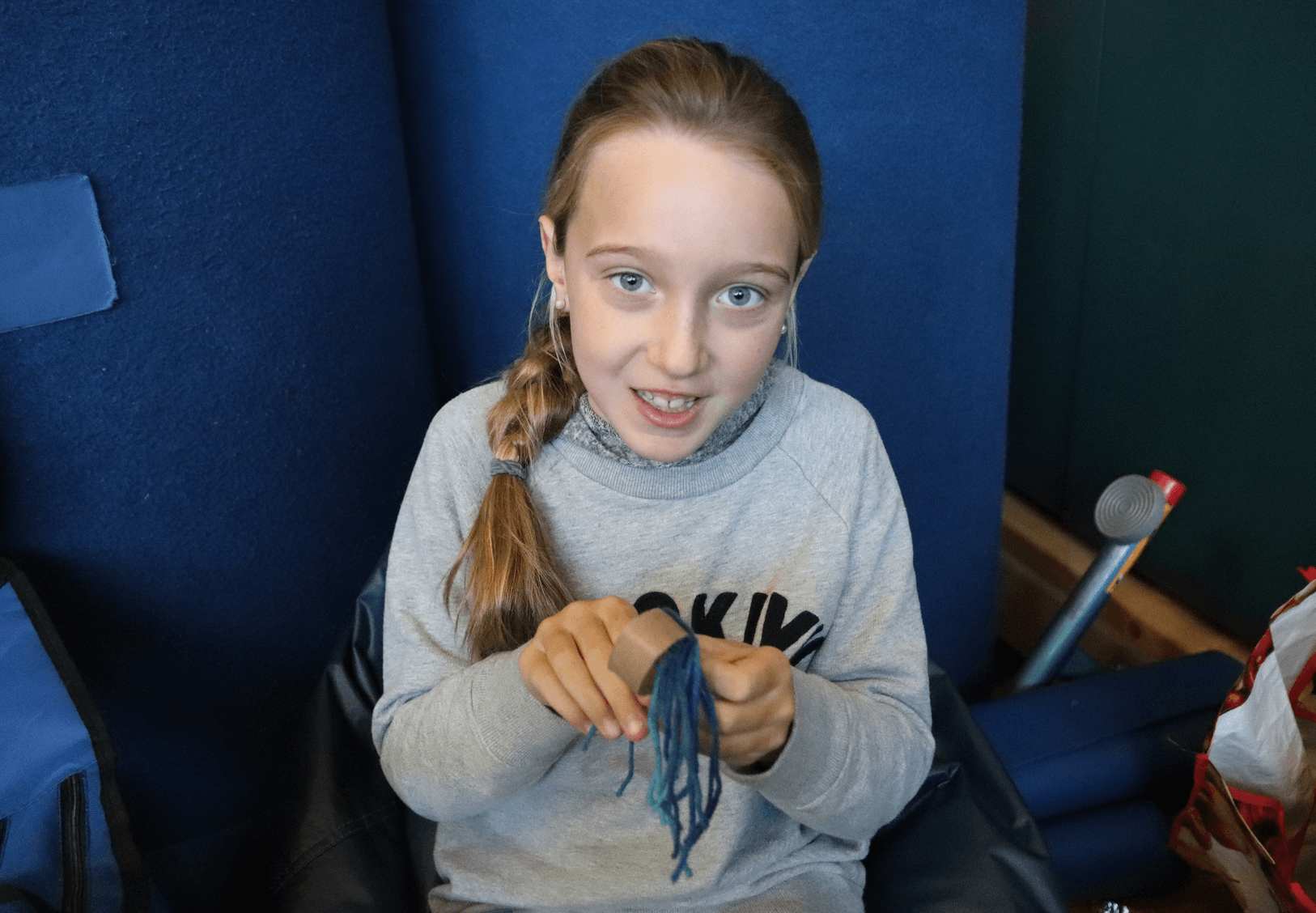 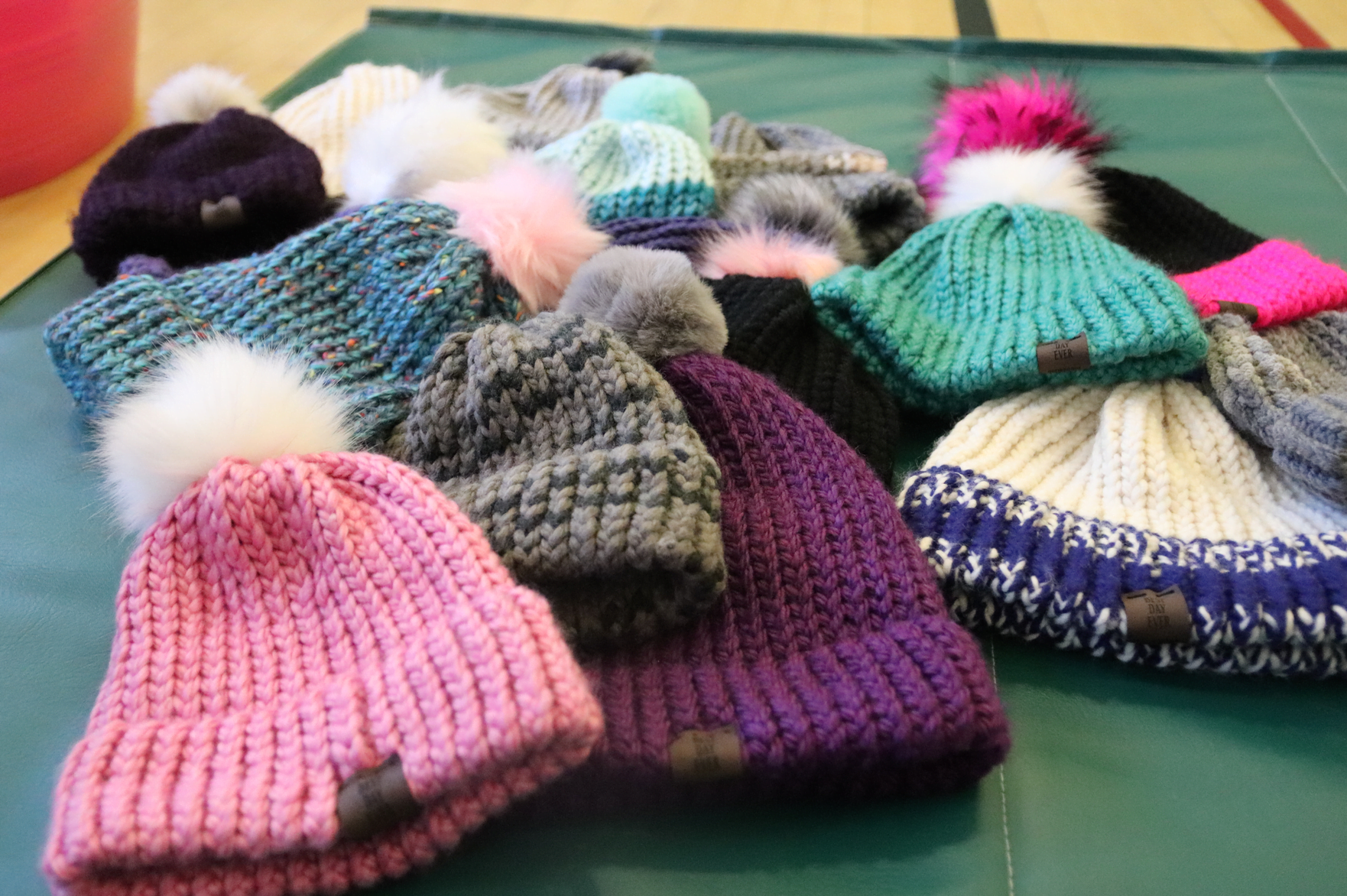 The “Best Day Ever” knitted hats come in a variety of colors. Feb 21, 2020 Photo: Leslie Yager 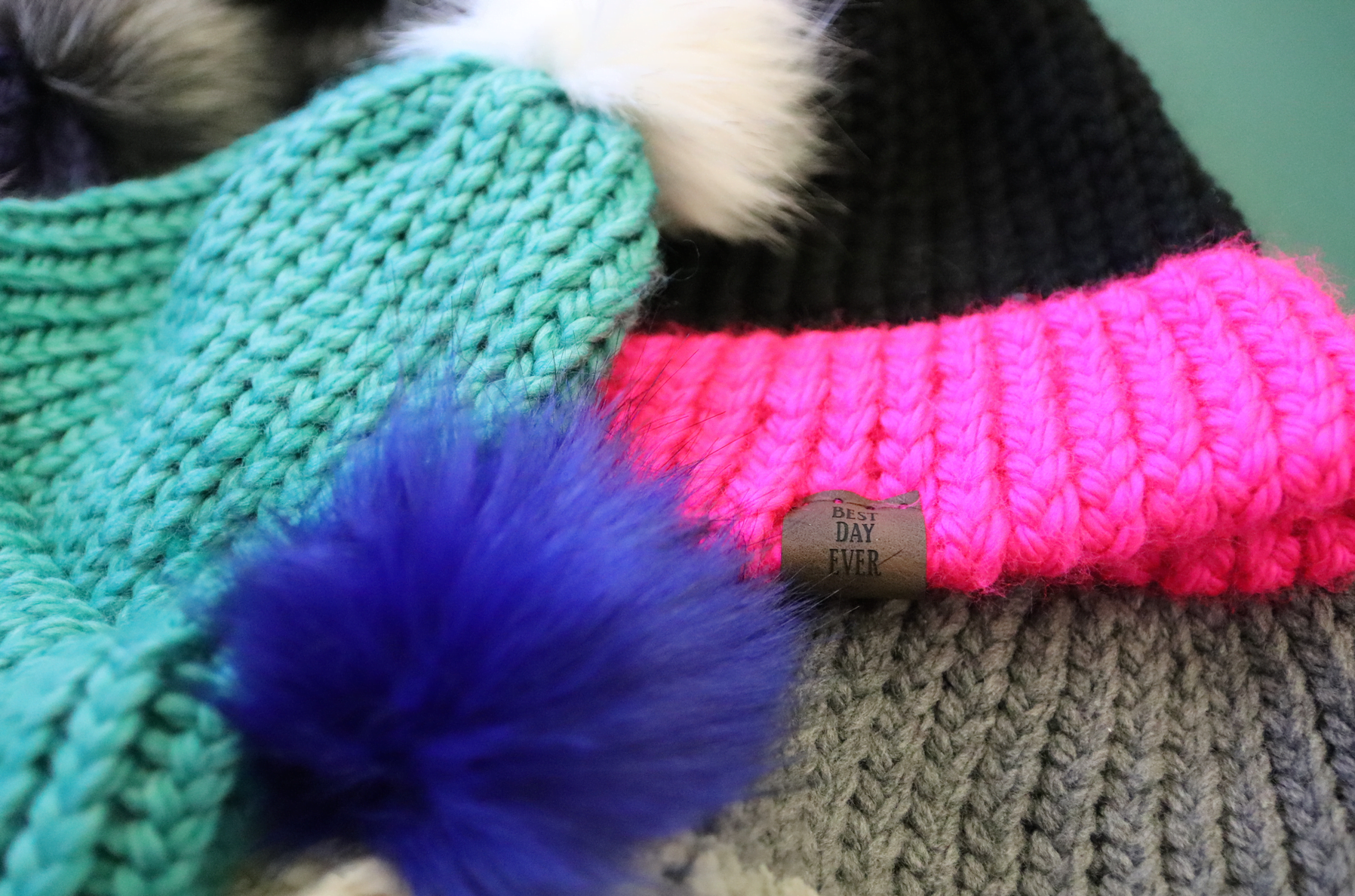